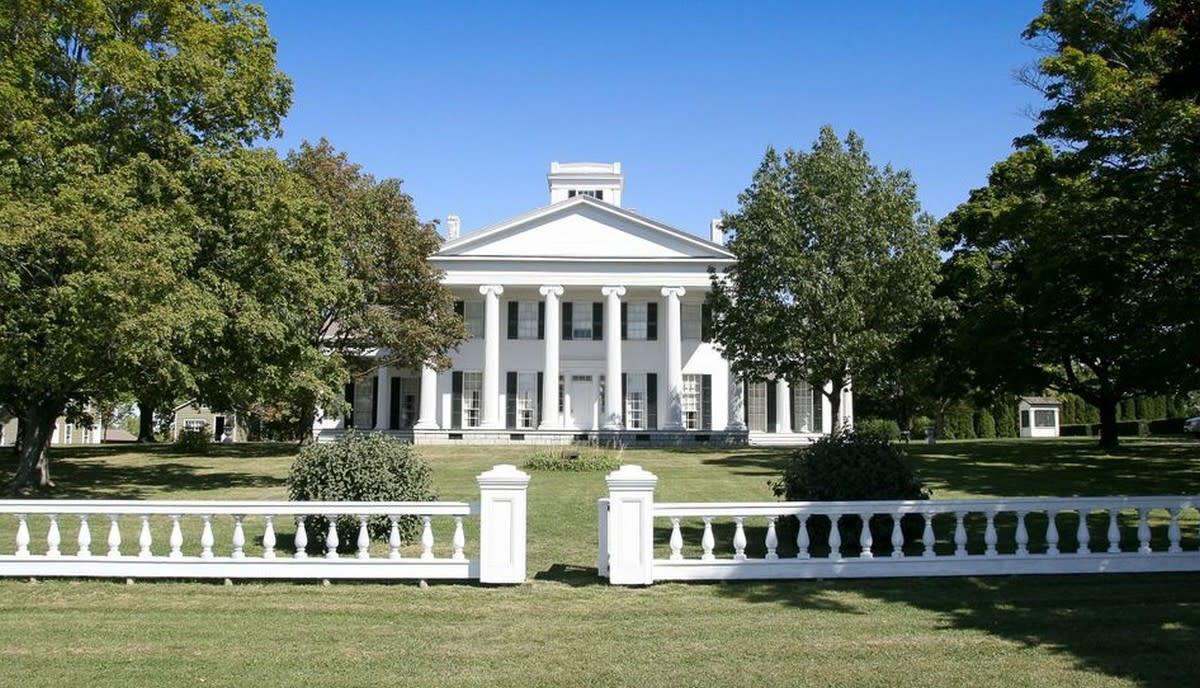 Rose Hill Mansion, 3373 Route 96A, Geneva, is a National Historic Landmark. The house and surrounding grounds are open seasonally for guided tours. 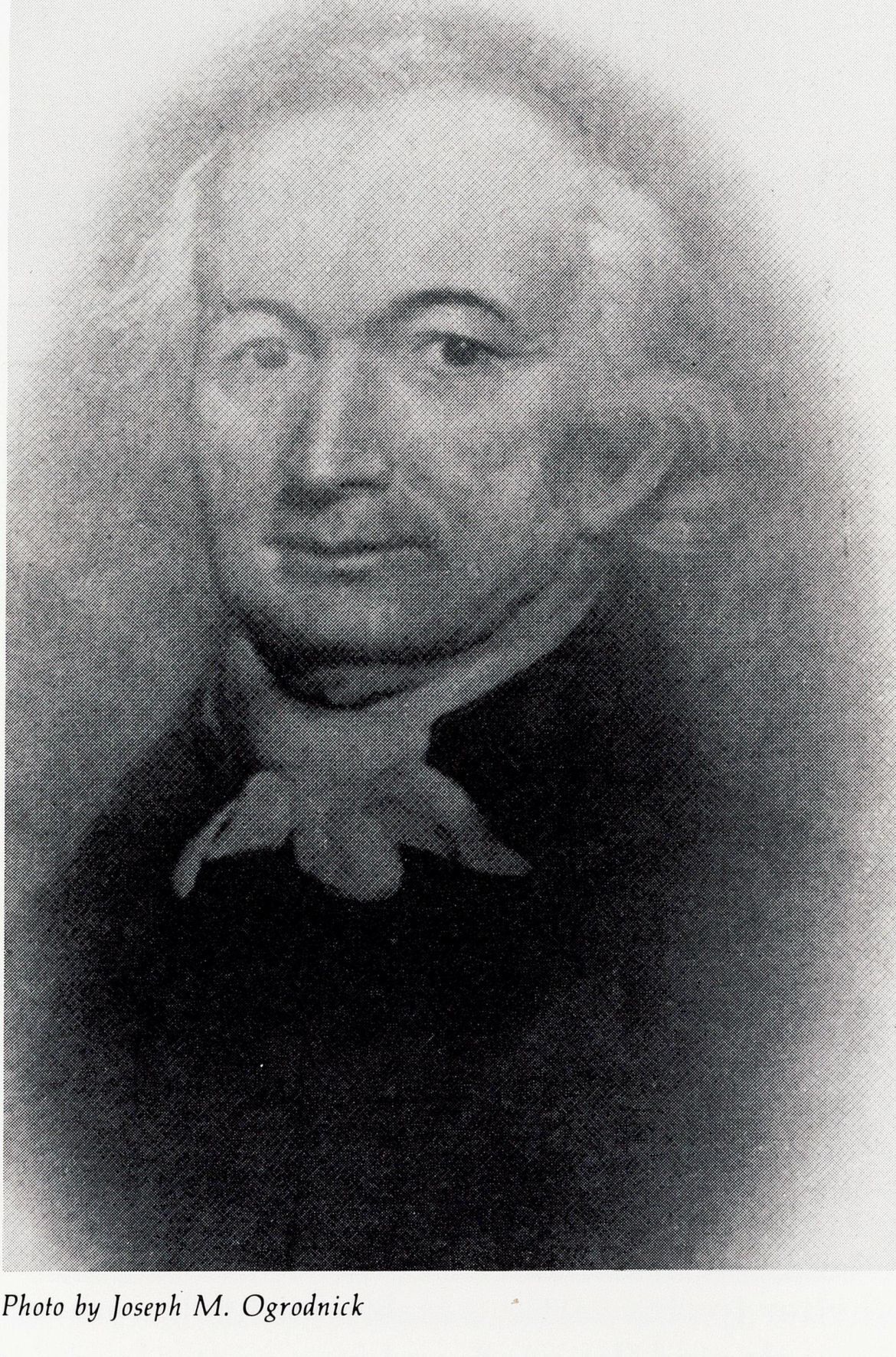 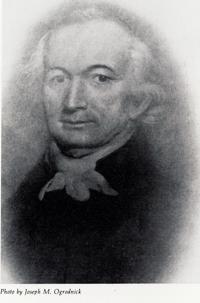 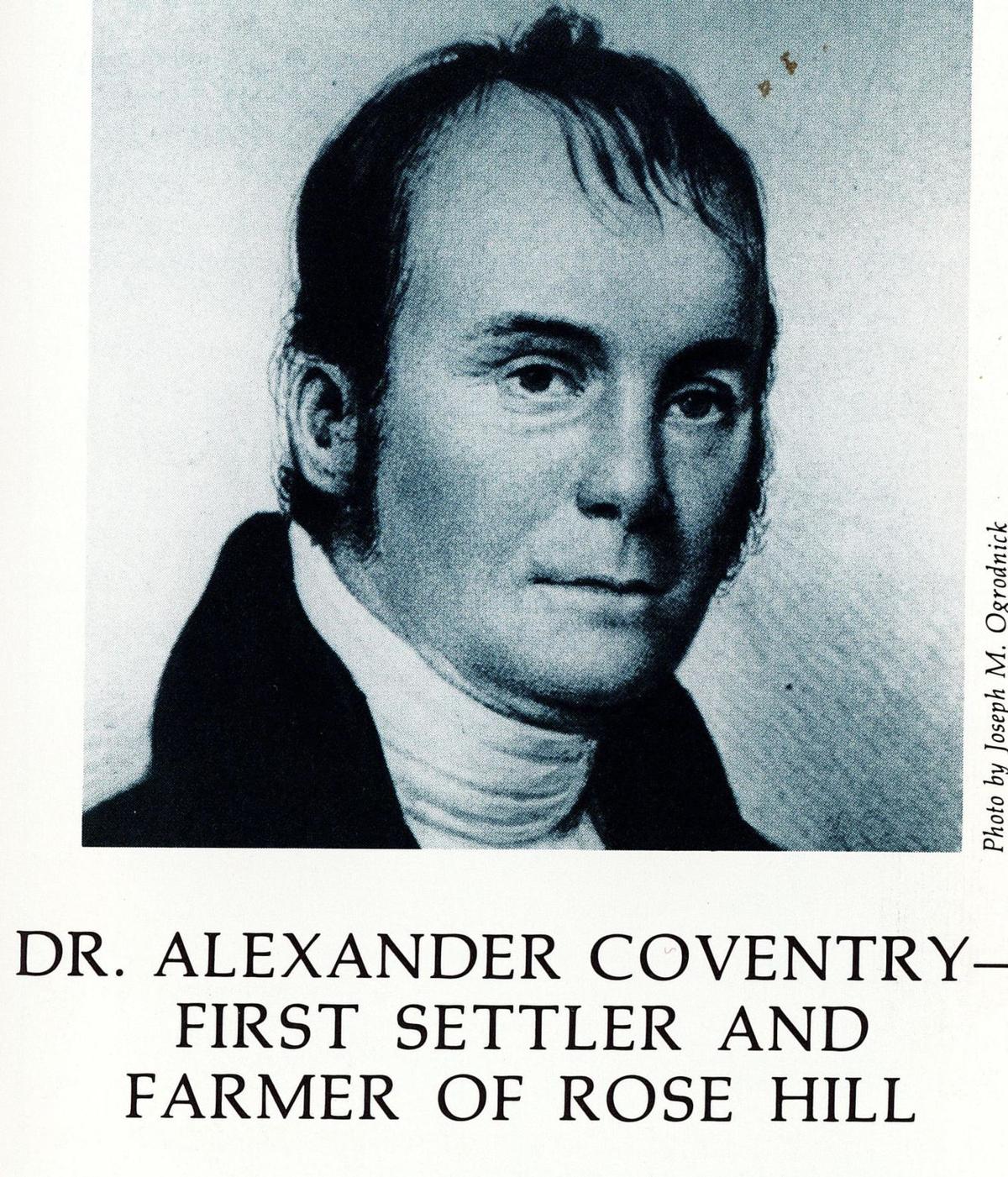 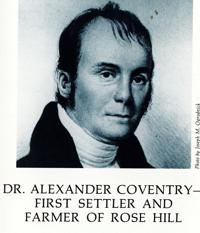 In 1792 Dr. Alexander Coventry was the first settler on the land that would eventually become home to Rose Hill Mansion. 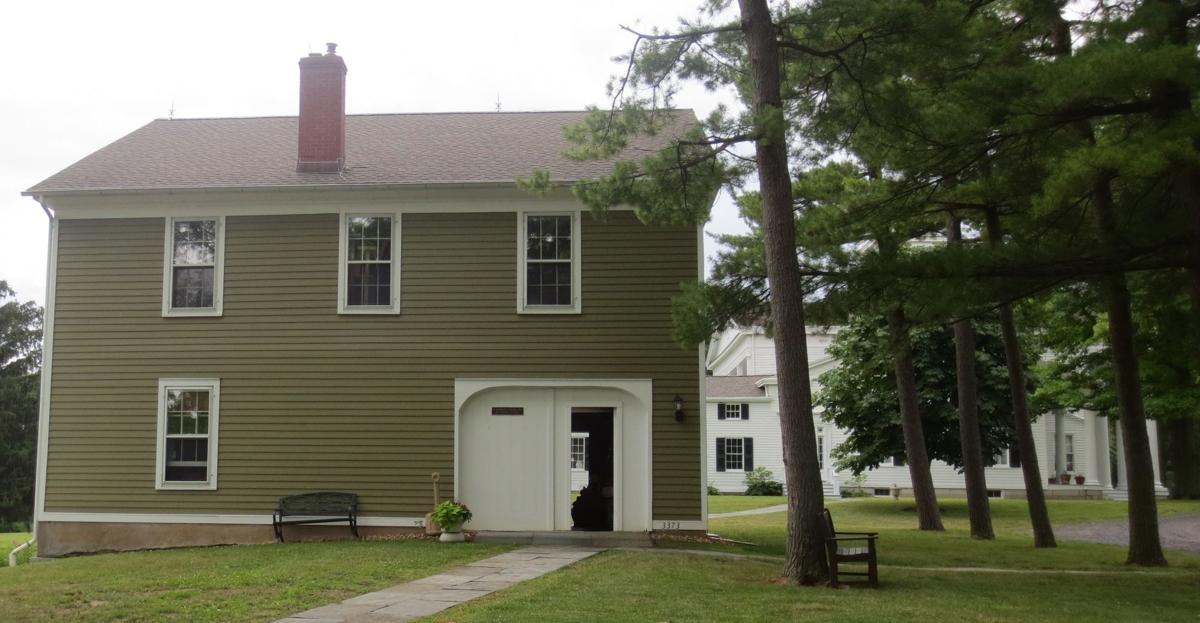 Robert Selden Rose built this home on the Rose Hill property in the early 1800s. It now serves as the mansion’s carriage house. 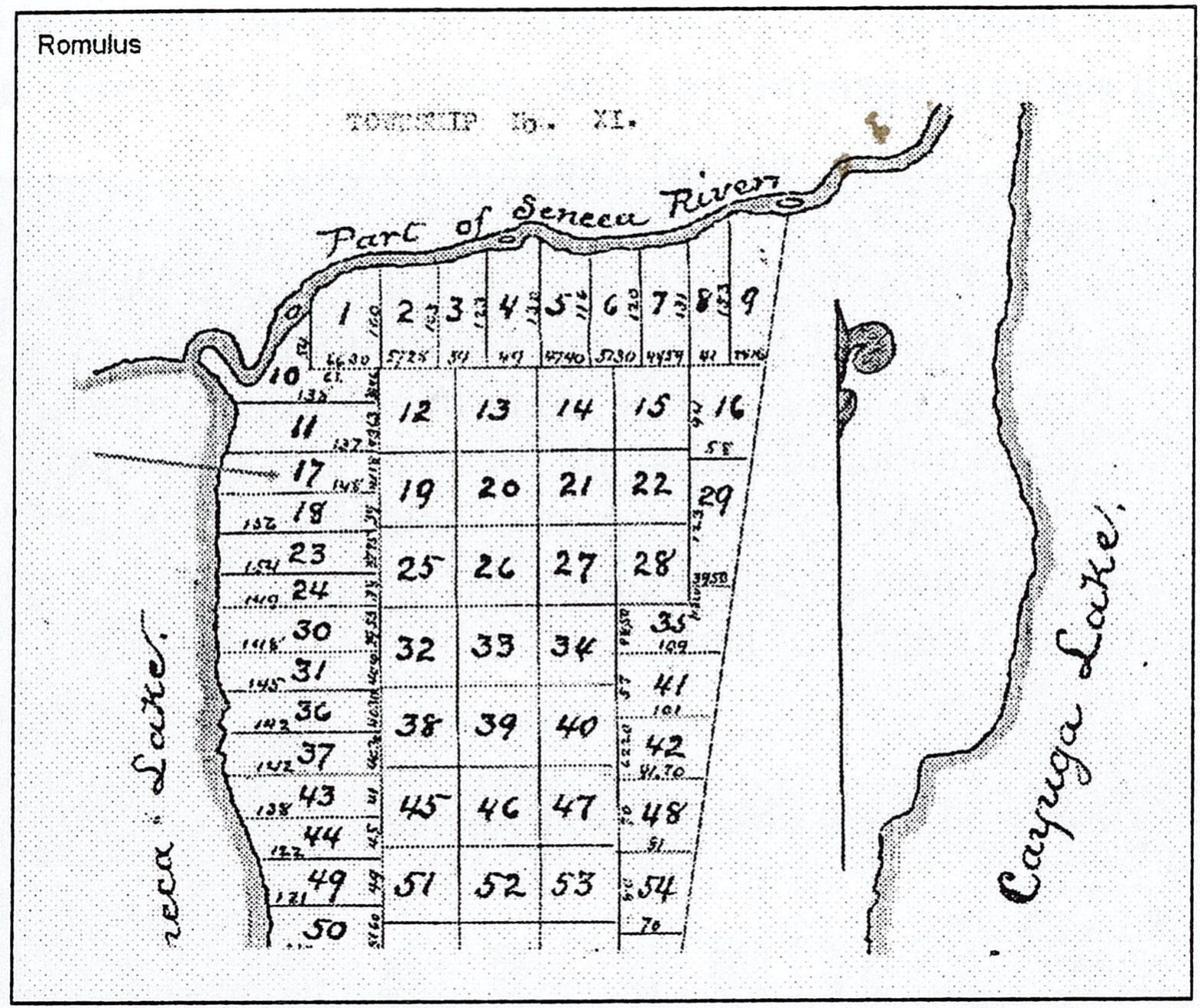 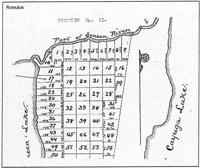 Lot 17 of the New Military Tract was originally awarded to John Weaver for his military service but changed hands several times before Dr. Alexander Coventry bought it in 1792.

Rose Hill Mansion, 3373 Route 96A, Geneva, is a National Historic Landmark. The house and surrounding grounds are open seasonally for guided tours.

In 1792 Dr. Alexander Coventry was the first settler on the land that would eventually become home to Rose Hill Mansion.

Robert Selden Rose built this home on the Rose Hill property in the early 1800s. It now serves as the mansion’s carriage house.

Lot 17 of the New Military Tract was originally awarded to John Weaver for his military service but changed hands several times before Dr. Alexander Coventry bought it in 1792.

Most readers are likely very familiar with the wonderful Greek Revival structure known as Rose Hill Mansion. There is much history to this farm prior to the construction of that magnificent building in 1839.

The first European American settler on the property that became known as Rose Hill farm was Dr. Alexander Coventry. He was born Aug. 27, 1766, in Hamilton, Lamark Parish, Scotland. He came to the U.S. to settle the affairs of his father, who was a soldier in the British Army during the French and Indian War. Dr. Coventry married Elizabeth Butler and the couple had three children between 1791 and 1796.

It was on Nov. 24, 1792 that Dr. Coventry bought the 600 acres of Romulus Lot 17 in the New Military Tract. This particular lot had been awarded to John Weaver for his Revolutionary War service, but ownership changed hands five times before Dr. Coventry purchased it for 120 pounds British sterling. This lot was on the east shore of Seneca Lake and extended north toward the Seneca River. Coventry named it “Fairhill” after his ancestral lands in Scotland.

Dr. Coventry had actually moved his family from Claverack in the Hudson River Valley to this property in June of 1792 — before obtaining the deed. With his family, he brought hired men and two people in slavery — Cuff and Bett. Cuff had refused to move without his wife Bett, who was a slave owned by a neighboring farmer. Dr. Coventry paid $130 for the “negro wench named Bett, also her youngest two children, the elder named Ann, and the youngest Jean, together with all their wearing apparel and half their bedding.” Cuff worked on Coventry’s farm and also worked for himself — raising crops, cutting wood, making wood ashes to sell and trapping animals for fur.

Dr. Coventry had fancied himself a “gentleman farmer.” He built a shelter for his cattle, a stable for his horses, set out apple trees, planted flaxseed and had the land farmed. His house was not on the higher ground where Rose Hill Mansion now stands, but closer to the lake shore and the marshy edges of the Seneca River. Feeling that the site was unhealthy, Dr. Coventry moved his family to Utica in 1796.

In 1802, Robert Selden Rose, a Virginia planter — along with his brother-in-law Judge John Nicholas (whom he would later buy out) — purchased this land. The purchase likely was prompted by Rose’s realization that the fertility of his Virginia plantation soil had been extensively depleted by growing tobacco. Just 27 years old, Rose may have felt there wasn’t much of future on his Virginia plantation.

After having sent men ahead to plant crops on the new property along Seneca Lake, the Rose and Nicholas families set out on the difficult land journey from Virginia. The party of 17 extended family members and 75 slaves traveled in two stagecoaches, a coachee (an American carriage shaped like a coach but longer and open in front), wagons for the sick or young children of the slaves and wagons for the baggage. The able-bodied men, women and slaves walked. Interestingly, the slaves journeyed directly north up through Pennsylvania to Geneva. The extended family of white people journeyed to Albany and then to Geneva.

Rather than immediately building a home on his new property, Rose had the family live in Geneva. His residence on the “Fairhill” property was likely completed in 1809. It was a rather simple wooden frame house with a small rear kitchen wing and stood on the site of the present Rose Hill Mansion. Rose’s house (but not the rear kitchen wing) was moved when the present Rose Hill Mansion was built and serves as the Carriage House today.

It appears that Rose’s attempt to transplant plantation-slave-type agriculture from Virginia into the Finger Lakes was not a financial success. Starting in 1809, he manumitted many of his slaves. In 1820, however, he still owned nine enslaved persons, making him the largest slave owner in Seneca County.

Rose was a prominent citizen in his new community. He served in the New York State Assembly in 1811, 1820 and 1821 and in the U.S. House of Representatives from 1823 to 1827. He was an incorporator of the Seneca Lock Navigation Company that built the first canal locks on the Seneca River between Seneca and Cayuga lakes. He was a trustee of Hobart College and a founding member of the New York State Agricultural Society, becoming its first vice president in 1832.

Rose died in 1835 and the property continued to be known as Rose Hill.

In 1837, at the age of 32, William Kerley Strong bought Rose Hill from the Rose estate. Stone had made a fortune in the wool business and decided to retire to his new property. As a newly rich person, he wanted a fine house. So, he had the present Rose Hill Mansion built in what was then called the High Greek Revival style. He moved most of Rose’s house a short distance to the north, but incorporated Rose’s kitchen wing into his elegant but new and much larger home. This new Greek Revival home was finished in time in 1839 for President Martin Van Buren and friends to make a special visit to “… the splendid mansion of W.K. Strong, Esq., on the east side of Seneca Lake.”

Thanks to the Geneva Historical Society, we still have this wonderful Rose Hill Mansion to enjoy.