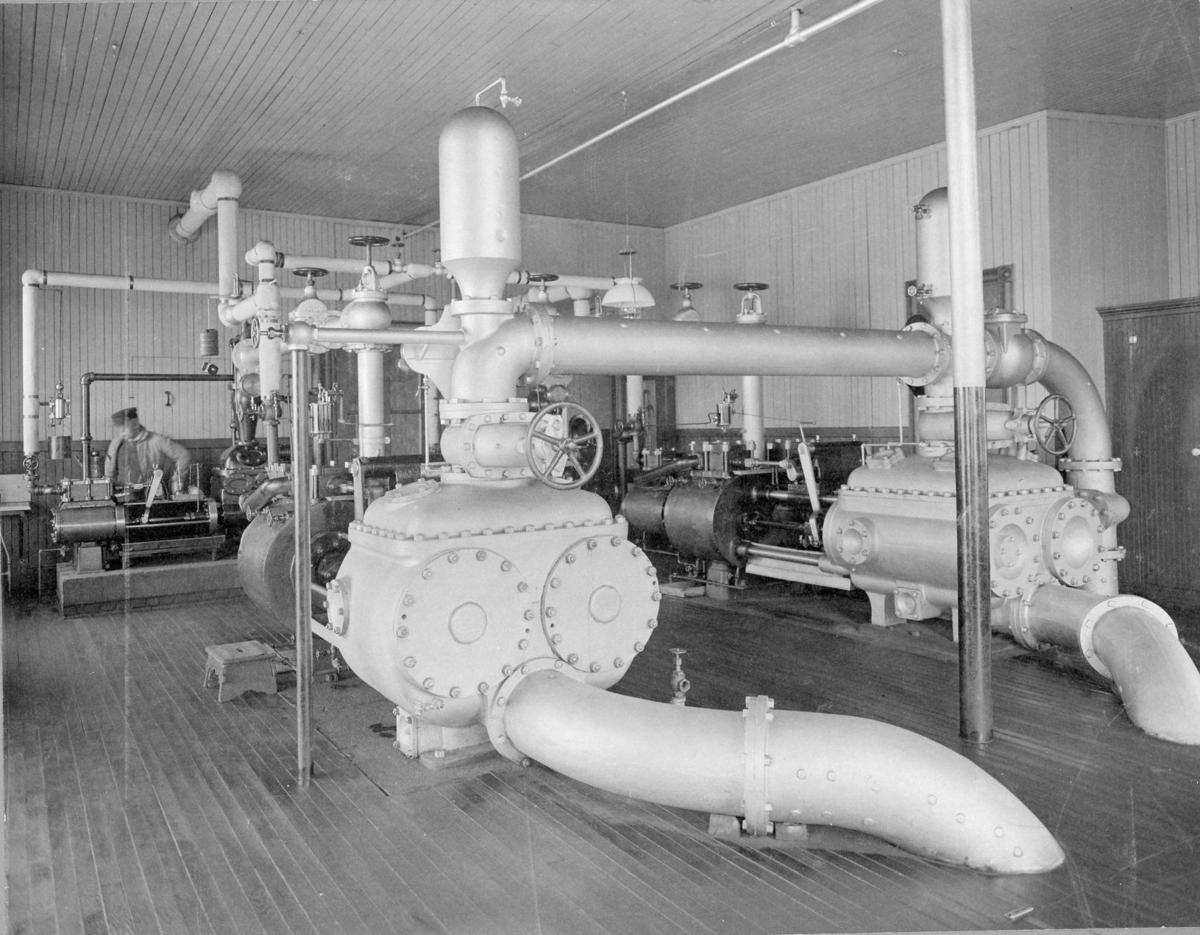 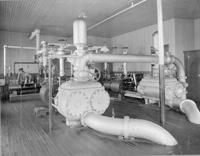 The interior of the Geneva Pumping Station sometime between 1896 and 1911.

The log pipe in the Geneva History Museum dates to the early 1800s. 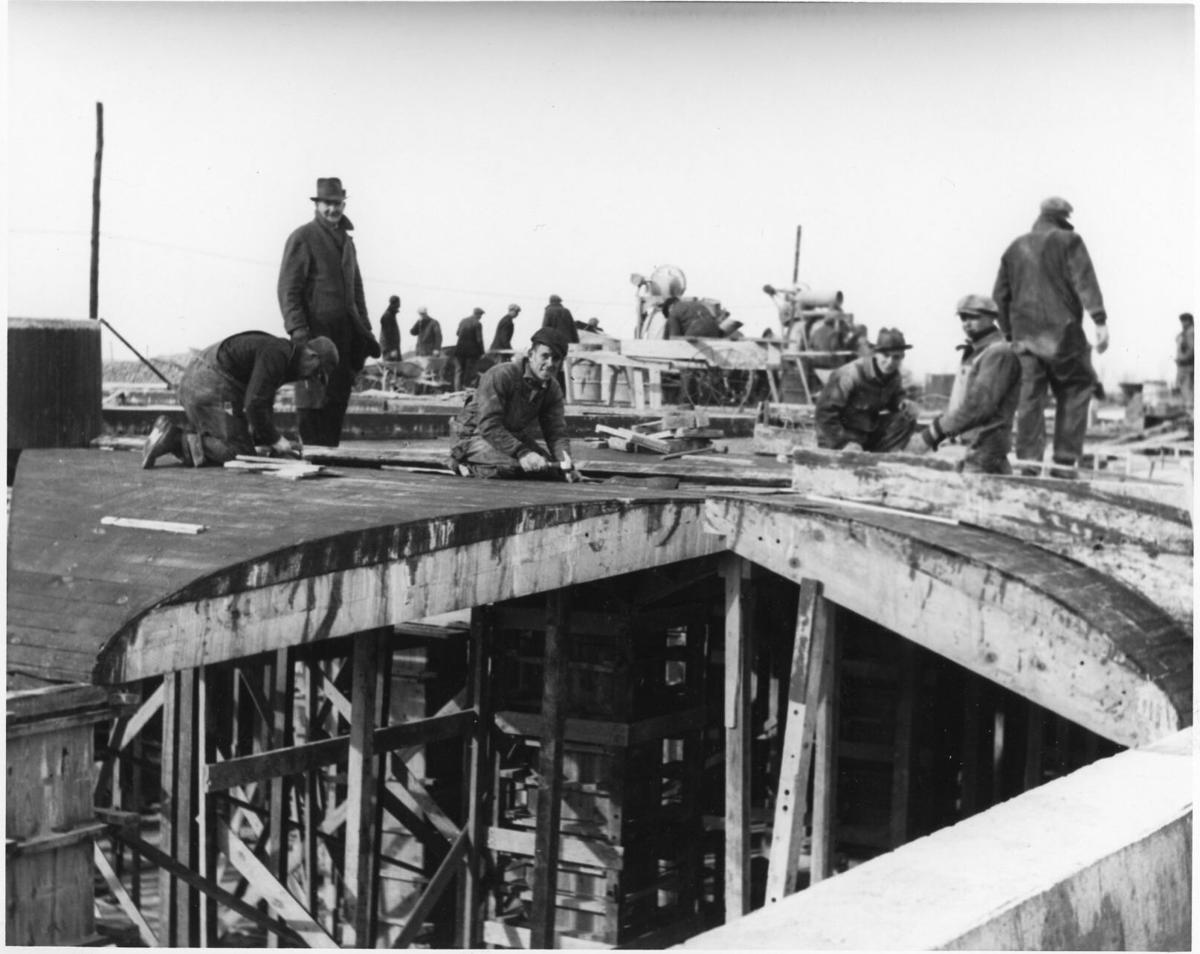 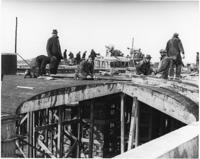 Workers constructing the new reservoir on Pre-Emption Road in 1935. 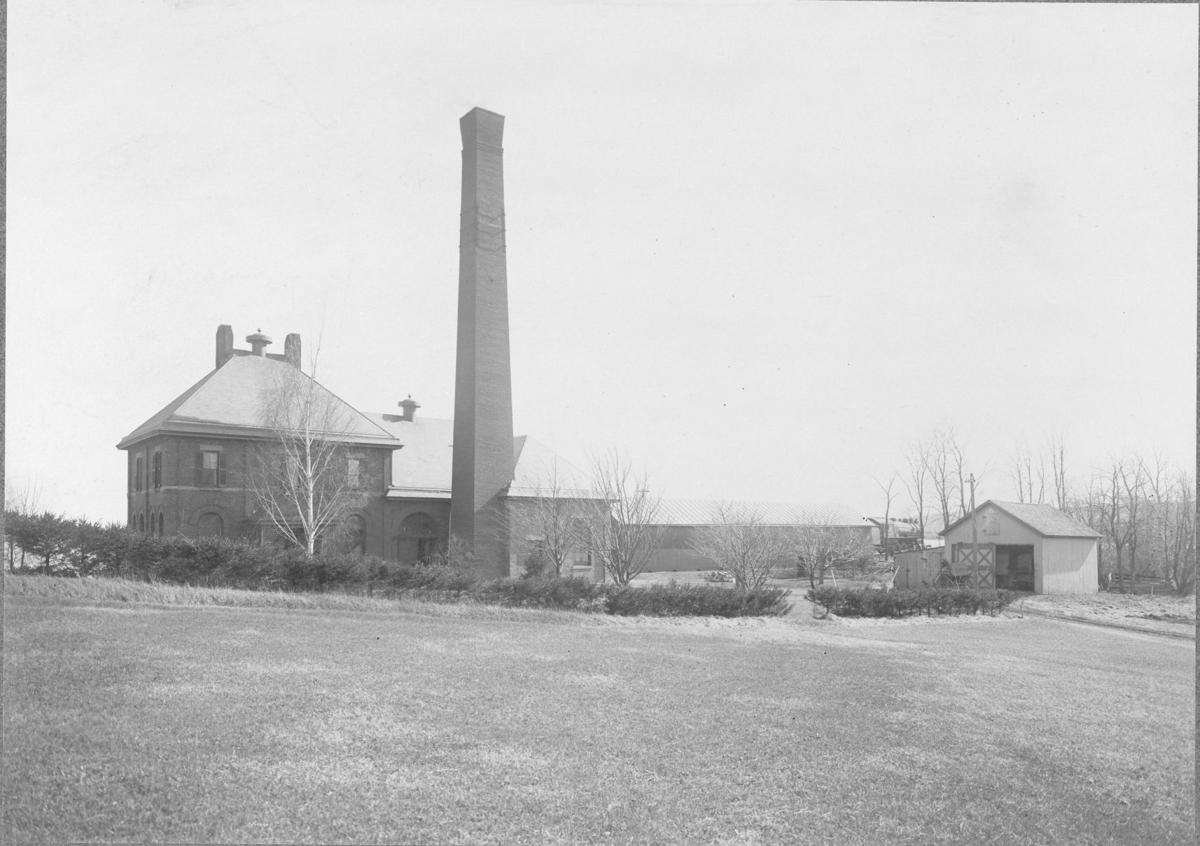 The exterior of the Geneva Pumping Station in the late 19th century. 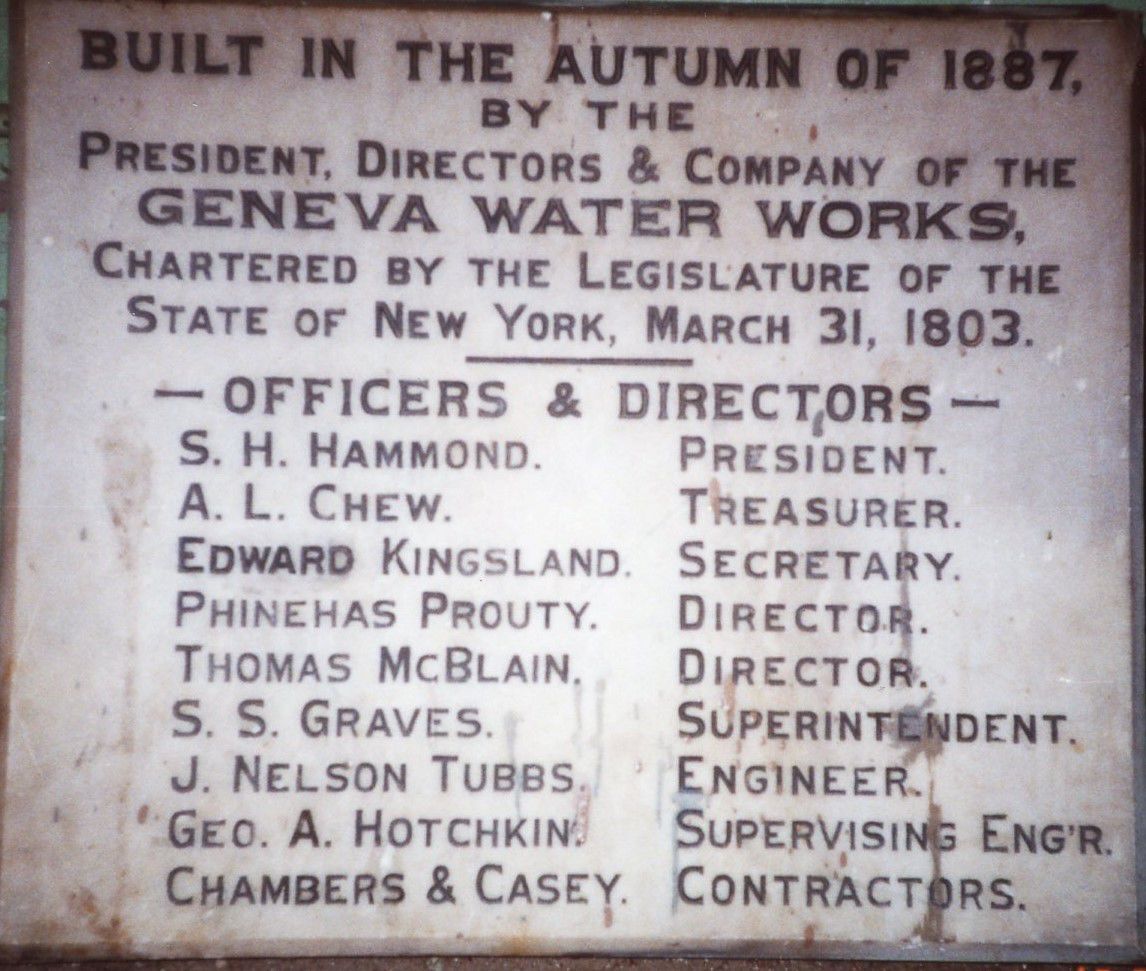 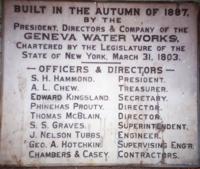 The sign for the Geneva Water Works that hung in the Geneva Pumping Station.

The interior of the Geneva Pumping Station sometime between 1896 and 1911.

The log pipe in the Geneva History Museum dates to the early 1800s.

Workers constructing the new reservoir on Pre-Emption Road in 1935.

The exterior of the Geneva Pumping Station in the late 19th century.

The sign for the Geneva Water Works that hung in the Geneva Pumping Station.

Did you know that the long wooden log in our museum is actually a water pipe from Geneva’s first water system?

Maybe you’ve visited us before and just looked at the log without wondering about its history. I know I wondered when I started working for the Historical Society. The wooden pipe dates to the early 1800s and its origins are with the Geneva Waterworks Company.

The Geneva Waterworks Company, sometimes referred to as the White Springs Water Works, was the sole supplier of water for Geneva for almost 100 years. Shortly after the company was organized in 1796, it had laid wooden pipes the 1.5 miles from White Springs to the Pulteney Park/Main Street area. The logs were 10 to 12 inches in diameter with a 2-inch bore in the middle; the water was supplied to Geneva by gravity at about 200,000 gallons per day from the White Springs. Various early histories report that Geneva Waterworks was the first municipal water supply in New York state and the second in the country.

William Combs, a 94-year-old resident in Geneva, reported to the Geneva Daily Times in 1898 that the logs were sourced from Gregory’s swamp, about “three miles southwest from the city north of the old turnpike road, and hauled into the village, and laid along the streets in which they were to placed. They were laid in South Main, Pulteney from Hamilton northward ...” He explained that the first logs’ bore holes were probably burned by means of “long iron rods heated to redness ... in the others they were bored by means of long handled augers.”

The Geneva Waterworks Company incorporated in 1803 and by that time several miles of wooden water pipes had been laid and the three circular ponds/reservoirs held about 2,408,000 gallons of water. By 1825, an extension of pipes had been laid toward William Street, newly opened in 1823, through the property and at the insistence of William Hortsen, a grocer and source of the street’s name. The wooden pipes would remain in place until 1846 when they were replaced by cast iron pipes made by Thomas D. Burrall, who had contracted with the village the year before. At this time, the supply of water had been furnished for household purposes only and for filling public cisterns. The wooden pipes, though not in use, would continue to be unearthed into the mid-20th century.

A greater need for water

By 1876, the need for an adequate supply of water for extinguishing fires had become apparent. The Water Works laid new and enlarged cast iron pipe, manufactured in Buffalo, and built reservoirs to retain water — not only for households, but to fight fires. Additional fire hydrants also were built by the company. Newspaper reports around this time indicate that a village committee had been formed to discuss with the White Springs Water Works Co. about the purchase of the works or procuring an extension of 3 miles for hydrants.

With these additions, the growth of the population of Geneva meant that its current water supply at White Springs could not meet demand. Water supplies in the summer were so limited that it became almost impossible to keep up with any large scale fire, let alone household demands. At the direction of a Rochester Waterworks engineer, the White Springs water supply would begin to be supplemented by water from Seneca Lake in 1887.

Pipes were extended to the lake at Glass Factory Bay, where a two-story brick pumping station was built on the shore. Beneath the building, a large well was fed by a 16-inch pipe from the lake through an engine with a 1,500,000-gallon capacity. This water supplied the reservoirs at White Springs or indirectly helped with pressure through the pipes to supply the village as necessary; further contracts would add more extensions and additional hydrants.

An 1889 publication titled “Fire and Water” reported Geneva had three reservoirs and 108 hydrants. The city would purchase the water works in 1896 after much disagreement over price; included in the deal were the pumping station, two pumps, 23 miles of mains, 91 hydrants and three reservoirs.

In 1914, two sand filters were built in connection to the Glass Factory Bay pumping station and since then our primary water supply has been from the lake, without assistance from the White Springs. A third filter bed was installed in 1918 and in 1931, E.T. Emmons reports in “The Story of Geneva” that the city is served by two pumps, each with a 4,000,000-gallon capacity which pumps the water into the reservoirs and “thence by gravity it flows into the homes and business places of the city.” He also reported 325 hydrants.

Fires between 1925 and 1935 revealed how precarious the water supply still was; several large fires would almost deplete the reservoir and threatened the city’s water supply. In 1935, a new reservoir was built on Pre-Emption Road on land purchased from Alfred G. Lewis. It would hold 2,250,000 gallons of water and would work in unison with the other reservoir. Additions would be added again and again over the years to meet demand.

What an incredible difference a couple of hundred years makes.

Chapin is the archivist for the Geneva Historical Society.