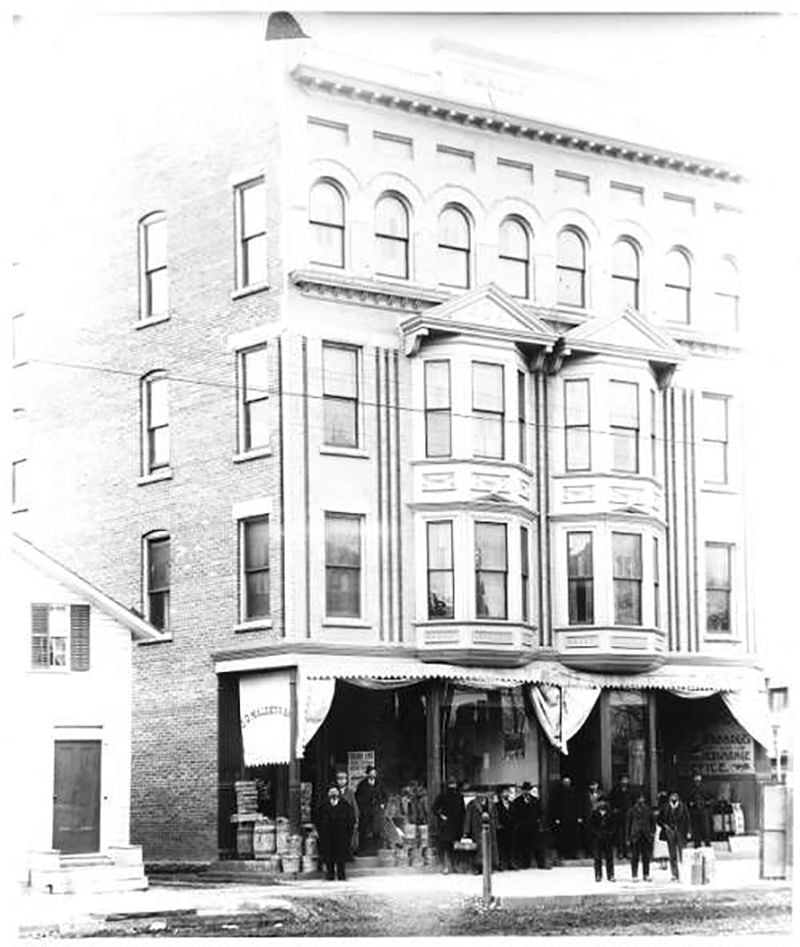 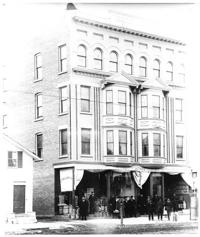 The O’Malley Building on the corner of Exchange Street and Powers Alley in Geneva. J. O’Malley and Bros. operated a shoe store there. 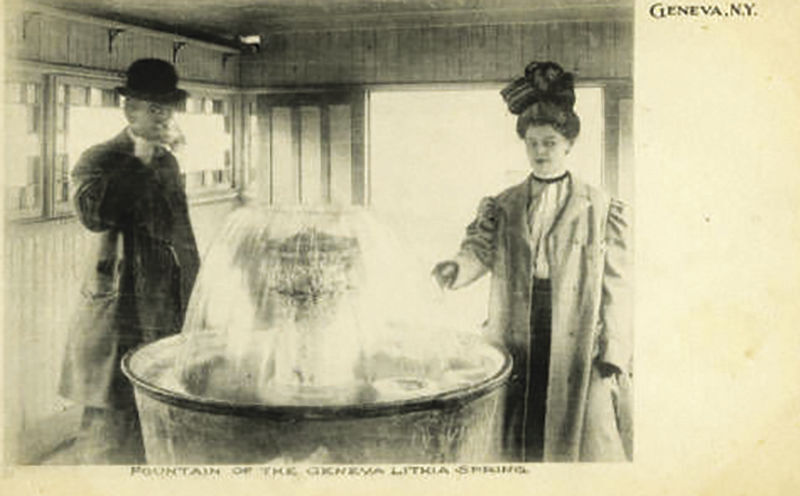 The Geneva Lithium Springs were discovered by Thomas Coursey, an Irish immigrant who owned the Coursey Mill in Geneva.

The O’Malley Building on the corner of Exchange Street and Powers Alley in Geneva. J. O’Malley and Bros. operated a shoe store there.

The Geneva Lithium Springs were discovered by Thomas Coursey, an Irish immigrant who owned the Coursey Mill in Geneva.

I have had several requests for an article on the Irish in Geneva. This is a topic that sounds easier to write about than it is in reality.

When you look up “Irish” in the old newspapers of Geneva (around 1850, the time of the Irish potato famine), you find many stereotypical jokes and not much substantial information. Many references are about the Irish brogue, and how the Irish may be quick of wit, temper or flattery.

Prejudice toward new immigrants shows through, however, as there are also many negative references. The amount of research a person needs to do in census records looking for Irish surnames, birthplaces and streets they lived on makes for a hefty research project. It is time consuming and was limited during the COVID-19 pandemic. It is especially difficult when you don’t recognize an Irish surname unless it starts with O’, for instance, O’Brien.

In order to begin to do justice on the subject of Irish in our city, I needed to learn about Irish surnames so I could pick them out of the city directories.

The first thing to decipher was the meanings of O’ and Mc. Both often mean “descendant of” or “son of.” To complicate the research, there are both Scotch and Irish surnames that start with Mc. Ireland developed hereditary surnames very early in the 11th century — traditionally, adopting the name of the first chief or leader of a tribe or family, usually an accomplished warrior. Due to a lack of standardized spelling, there is often an astonishing number of variants of a surname’s original spelling.

About 33 million Americans, approximately 10.5% of the total population, reported in 2013 that they had Irish ancestry, according to the U.S. Census Bureau. Eight of the 56 delegate signatures on the Declaration of Independence belonged to men of Irish descent. In New York state, about 12.9% of the population reports they have Irish ancestors. Joyce, Greene, O’Brien, Conroy, Hogan, Regan, Ross, Cullen, Rafferty, Harrington, Ryan, O’Malley, Sheehan, Murphy, O’Sullivan, O’Toole, McCarthy, McLoughlin, Byrne, Walsh, Doyle, Daly, Wilson, Brennan, Fitzgerald, Martin, Carney and Quinn are just a sampling of Irish surnames.

A manuscript in the archive of the Geneva Historical Society gives the area of Middle and Wadsworth streets as home to many Irish. When I checked the City Directory of 1894, I found the names of Flannery, Roark, O’Neil, Hogan, Jordan, Murphy, Mahoney, O’Malley and McCulley. When I examined the occupations that went with the Irish surnames, I found bookkeepers, laborers, machinists, barbers, foremen, clerks, salesmen, carpenters and professors. Many of the women were dressmakers, waitresses, stenographers, laundresses, housekeepers or domestics — with domestics seemingly the largest group.

The same directory shows some businesses owned by Irish or Irish-Americans in Geneva. For example, J.F. Duffy had a barber shop at 533 Exchange St. Others included:

In later directories one can find a soda and mineral water bottling works owned by James Carney, a dressmaking business employing 20 people owned by his sister Frances Carney, and Lynch’s Furniture, which has made Geneva its home for more than 100 years.

St. Francis deSales Church was started in 1832. In 1858, the Rev. James McManus became the pastor and increased attendance so much that a larger church building was needed. McManus also founded St. Francis deSales School in 1870. The church and school had a large Irish congregation in those years.

There is much more information on the Irish presence in Geneva to be uncovered. However, it is obvious that Irish roots in Geneva are well set and flourishing, making Geneva a better and stronger city.

Osburn is the Geneva city historian. Contact her at Kdosburn2@gmail.com.