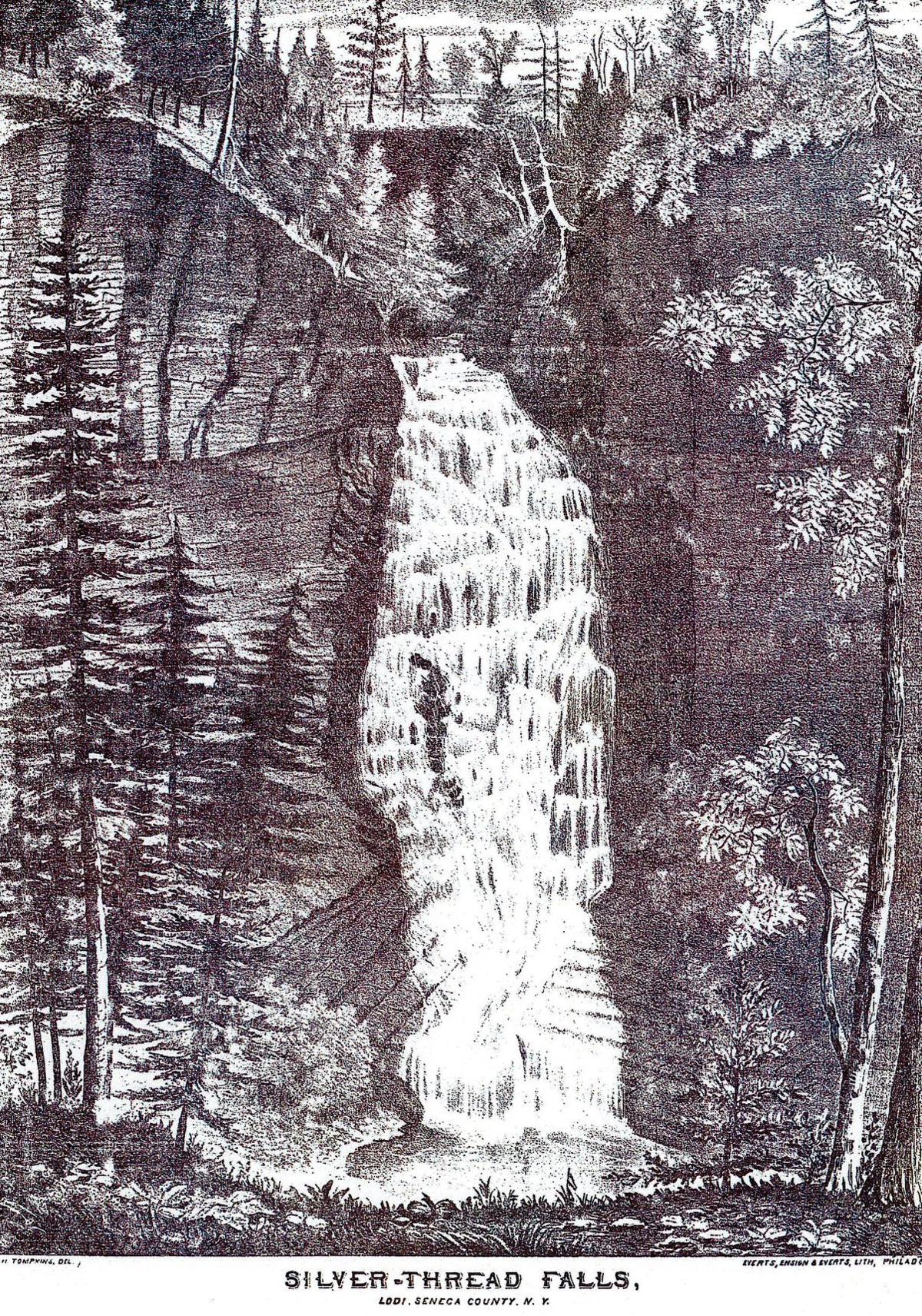 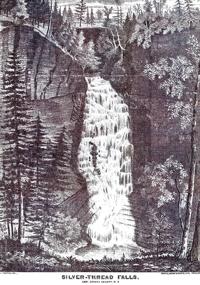 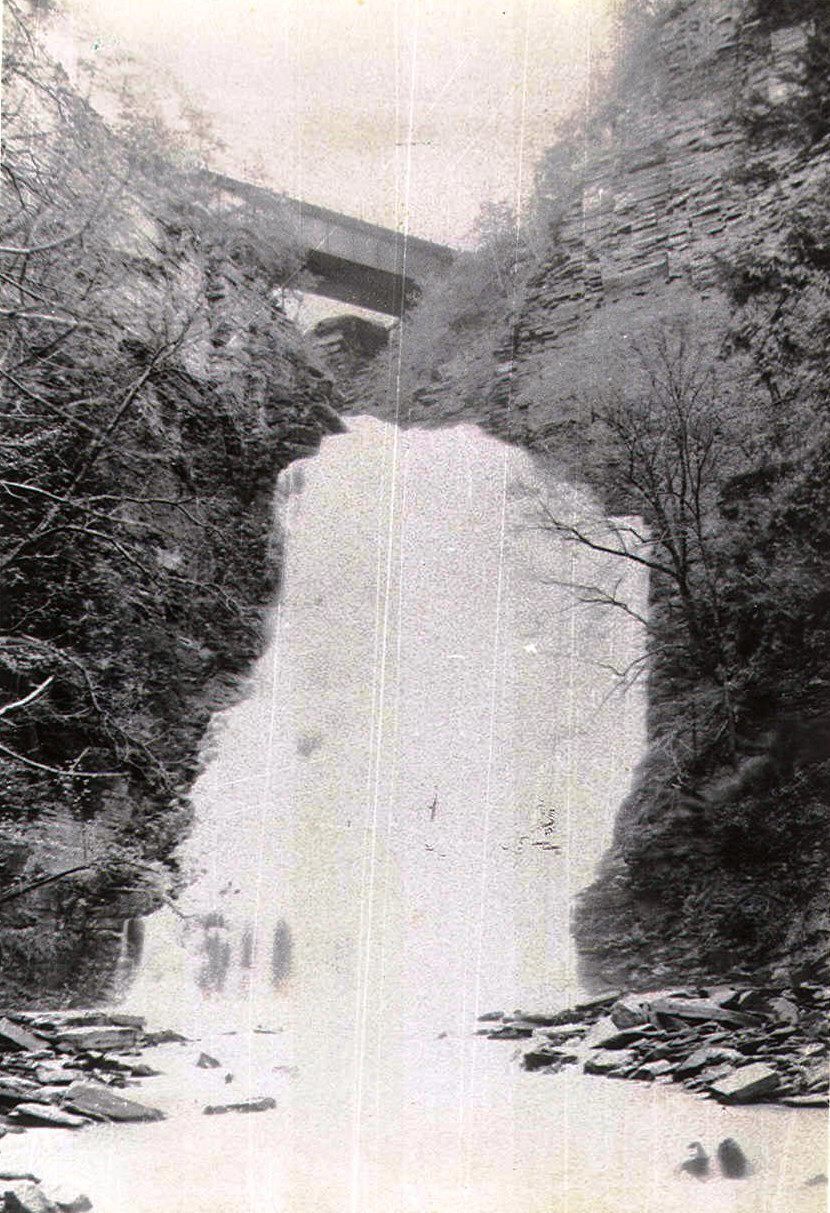 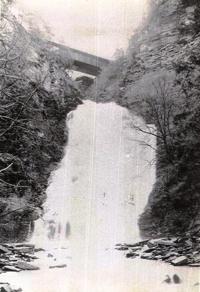 Silver Thread Falls as photographed in the 1895 Platt book; note the railroad bridge. 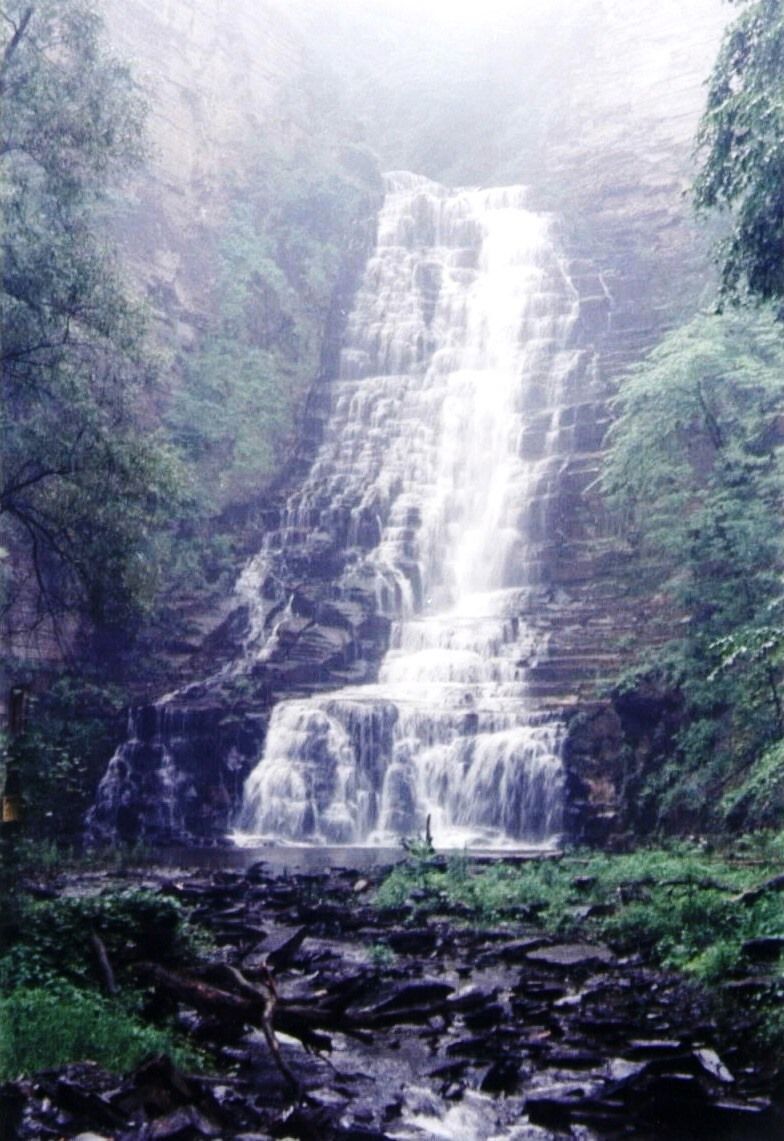 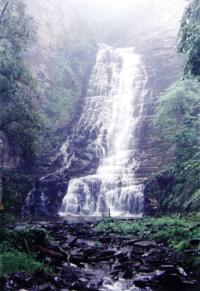 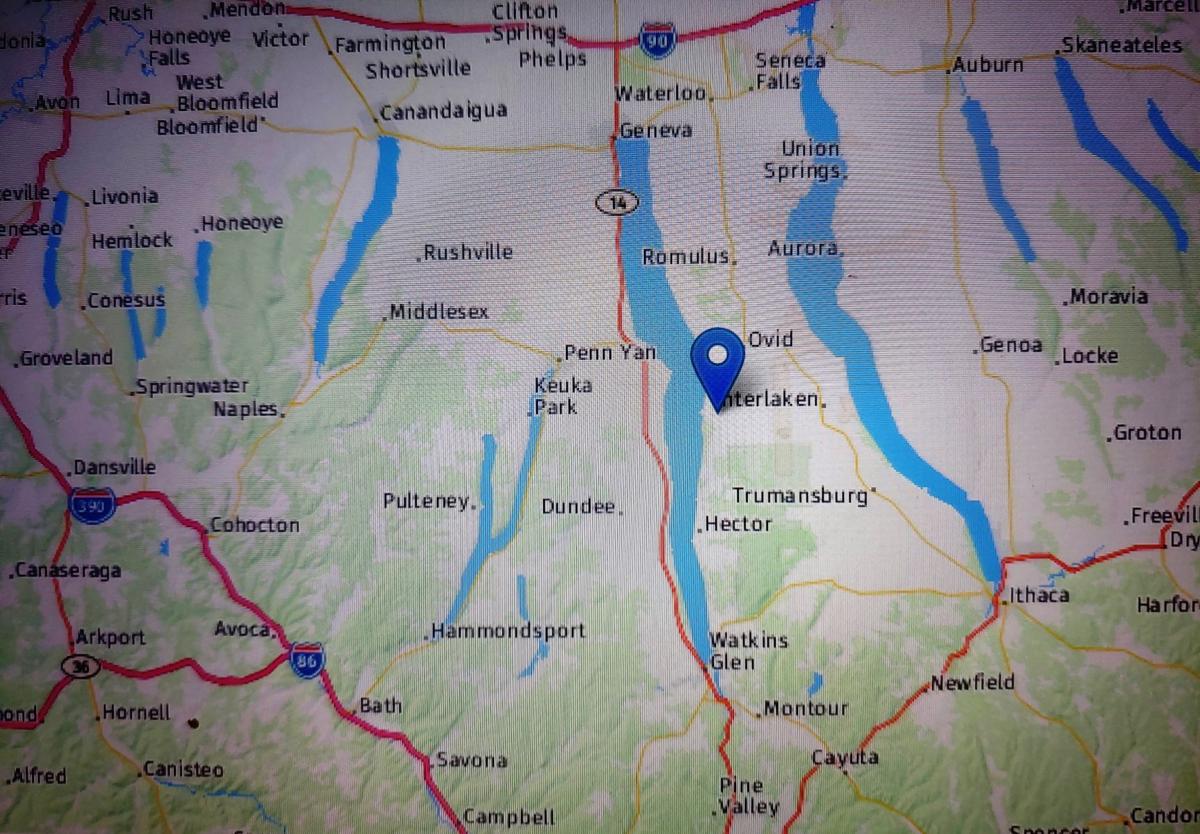 Silver Thread Falls is near Interlaken in southern Seneca County.

Silver Thread Falls as photographed in the 1895 Platt book; note the railroad bridge.

Silver Thread Falls is near Interlaken in southern Seneca County.

Among the principal streams in the town of Lodi is Mill Creek, which flows into Seneca Lake at Lodi Point. Like most streams emptying into either Cayuga or Seneca lakes, Mill Creek has a waterfall. With a fall of 160 feet, it was originally known as Lodi Falls.

Wayne E. Morrison Sr. — in his Town of Lodi book — wrote, “Not elsewhere in the state, in its romantic scenes, is found a spot more wild and beautiful — awakening awe and creating emotions of mingled wonder and surprise. The steep and rocky sides of this glen are filled with objects of interest to the man of science, and to all who love a wild, rude scenery, clothed with verdure, ornamented with flowers of every tint, and checked with light and shadow, as the sunbeams force their way through the dense and entangled foliage.”

Not many people get to see the beauty of Silver Thread Falls today because both sides of the stream bank are private property. Walking up the stream from the Seneca Lake shore is a treacherous ordeal and not recommended!

About 1909, Harrison Chamberlain of Seneca Falls wrote a pamphlet, “The Legend of Silver Thread Falls,” which tells the story of a young Algonquin warrior named Shau-me-te, who was captured by a Seneca Chief in the wars between the Iroquois and Algonquins. “The youth had noble features and fine bearing, with his dress indicating that he was of high rank.” Rather than treating the captured warrior as a typical prisoner, the Seneca Chief decided to keep the youth in his own charge, provided he would pledge not to make any attempt to escape or betray the chief’s people. The chief treated the Algonquin youth like a son, causing much resentment among the other Seneca young men. This resentment was especially strong for Wan-a-go, who wanted to marry Nona, the chief’s daughter.

As a few years passed, Shau-ma-te became more and more homesick and wanted to return to his people. At the same time, he grew fonder of Nona and finally asked her to be his bride. Nona confessed that she was already “set aside for another” — Wan-a-go — but that her father (the chief) “distrusts him.” She added that Wan-a-go had unsuccessfully tried to have Shau-ma-te removed from the camp, and warned Shau-ma-te that Wan-a-go was now plotting his death so he better “be on your guard and keep well within the lines of the camp.”

When the Huron Indians came to the Niagara Falls area, thus threatening to invade the lands of the Senecas, Wan-a-go and several of the other young warriors in the camp left to become part of the Seneca force to repel the invading Hurons. With the departure of Wan-a-go, Nona and Shau-ma-te wandered freely along the lakeshore.

One of Nona’s favorite spots was the falls, which she described as “an ideal place in the deepening twilight hours when the magnolia moon rode above and cast its soft radiance over it.” Late one afternoon, Nona and Shau-ma-te, without the least sense of danger, reached the crest of the falls “embowered with flowers and the wild clematis, where oft Nona had come to catch the spirit of the spot and dream a maiden’s dream.” They stayed there for hours, until well after the moon rose.

Then, all of a sudden, Nona was startled by a sound which made her realize that Wan-a-go had not actually left to join the Seneca fighters. Rather, he had deliberately lied and was now approaching to kill them. Soon Shau-ma-te discerned in the shadows six braves creeping toward them. He then heard the low voice of Wan-a-go directing his men not to harm the chief’s daughter. One brave dashed forward but Shau-ma-te axed him in the head. After a momentary pause, other braves made a rush. Nona and Shau-ma-te fought side by side, killing two more braves. Then Wan-a-go hurled himself upon Shau-ma-te. “With the ferocity of wild animals they fought,” getting closer and closer to the edge of the falls. Shau-ma-te finally managed to bring enough pressure on Wan-a-go that he rolled over the rugged precipice.

Chamberlain commented in his pamphlet, “This is the Legend of Silver Thread Falls, tragic, yet with an ending that opened the way for the union of the lovers; with Shau-ma-te becoming a leading chief of the Senecas, and Nona, his bridge, long-loved and long-remembered in the songs of her people as the bright flower of Num-da-wa-a-no-go, the land of the sun.”

Having personally seen the Silver Thread Falls now well over 10 years ago, I can attest to the beauty of this waterfall that graces the southern end of Seneca County. Although not as tall as Taughannock Falls, or as famous as Niagara Falls, Silver Thread Falls has a majesty of its own.

Its legend suggests that it was very much a part of our local history long before white settlement of this area.