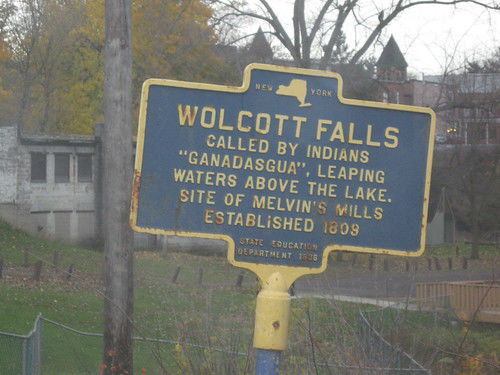 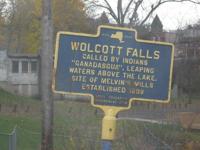 The historical marker for Wolcott Falls where Johnathan Melvin built a mill. 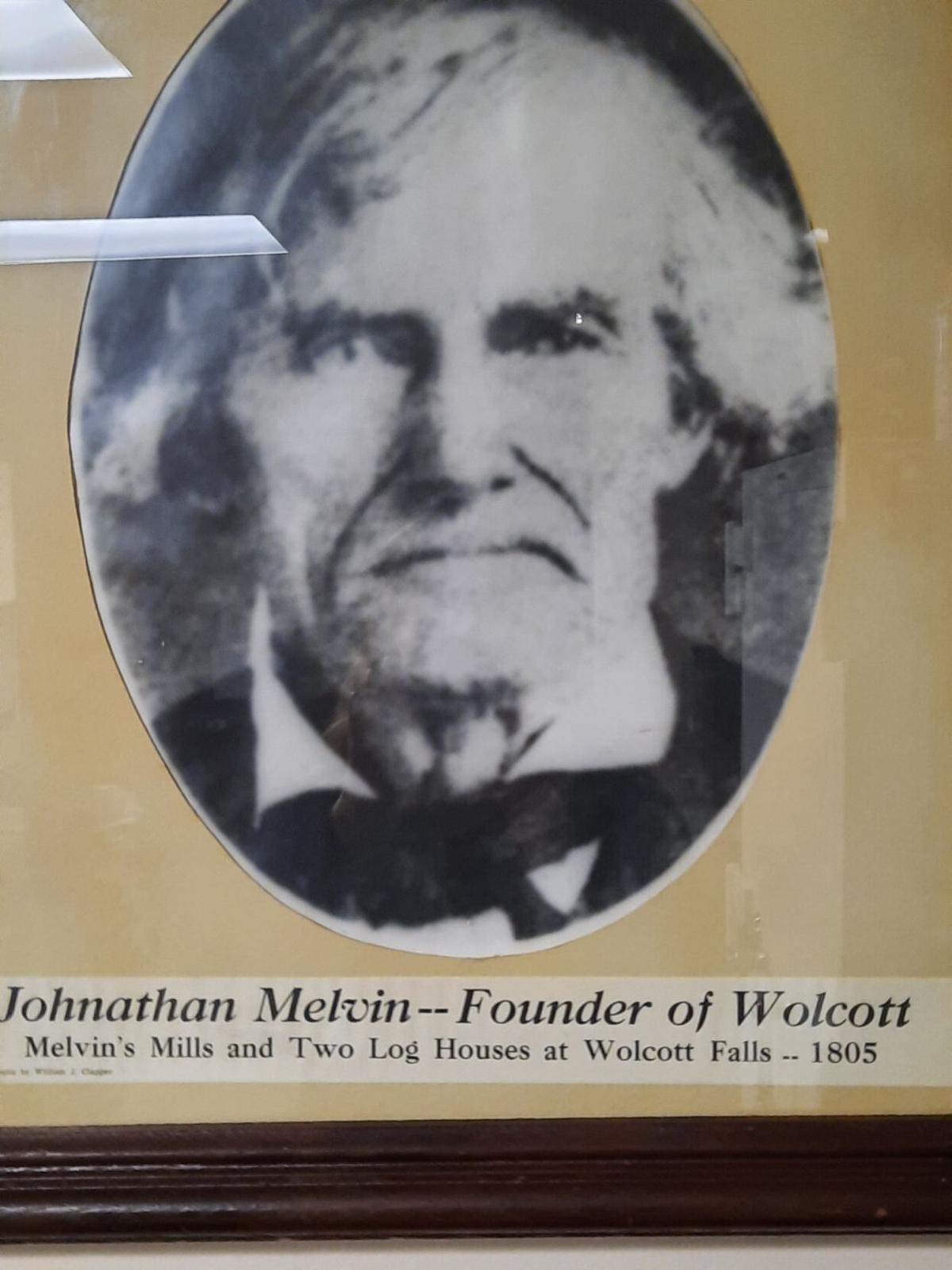 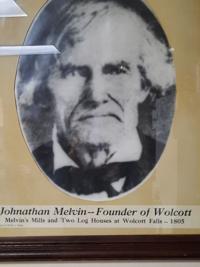 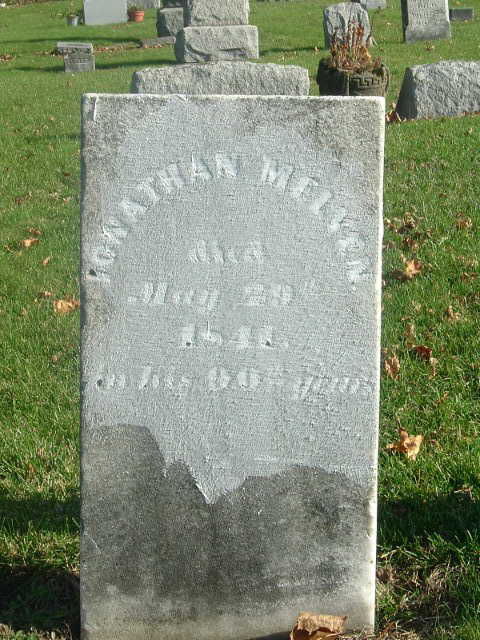 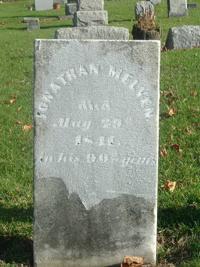 The gravestone of Johnathan Melvin in Melvin Hill Cemetery. 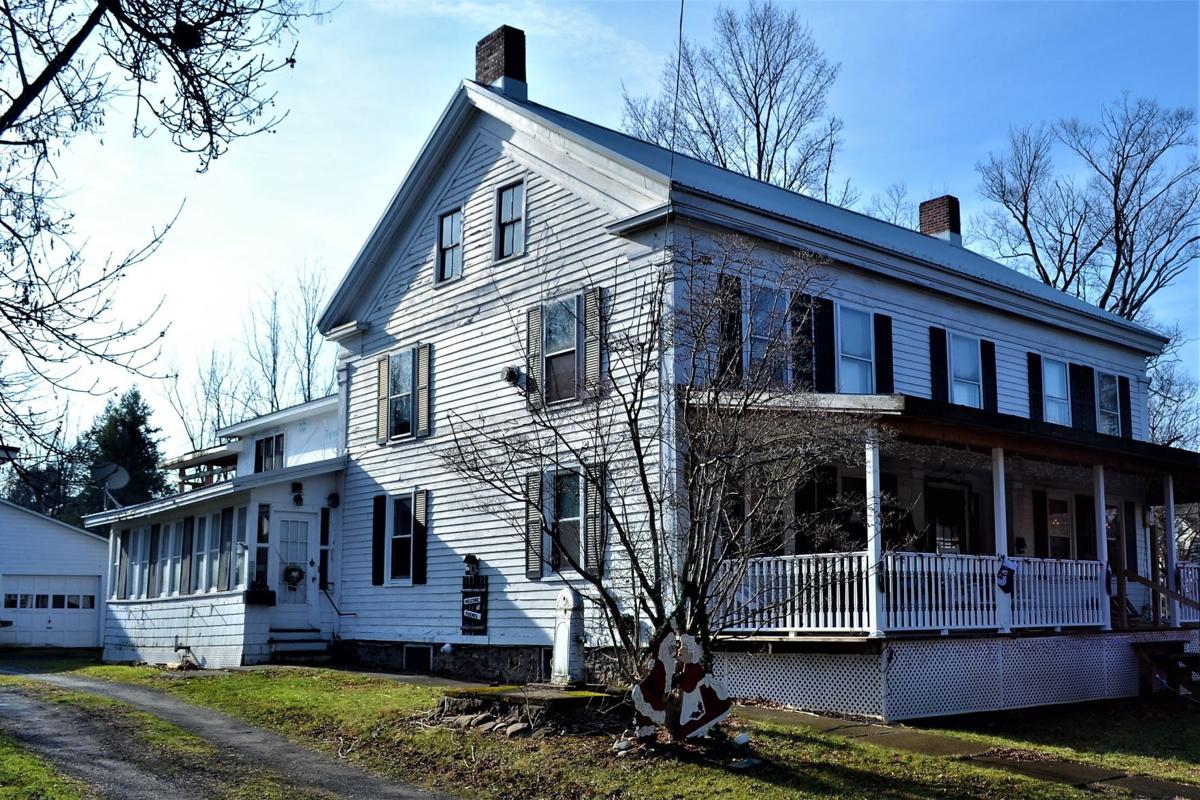 The Black House in Wolcott that Johnathan Melvin built after founding that Wayne County village. The house was moved to Smith Street in 1878. 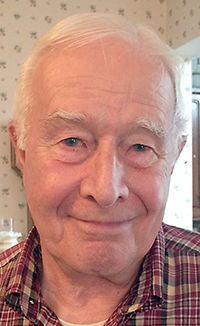 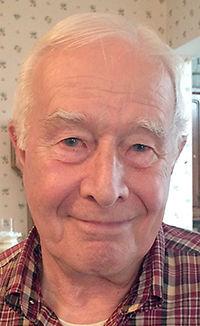 The historical marker for Wolcott Falls where Johnathan Melvin built a mill.

The gravestone of Johnathan Melvin in Melvin Hill Cemetery.

The Black House in Wolcott that Johnathan Melvin built after founding that Wayne County village. The house was moved to Smith Street in 1878.

We know many of the early Phelps pioneers — J.D. Robison, the Deans, Swifts, Grangers and Dickersons — but what do we know of pioneer Johnathan Melvin?

Here is what I discovered of his life.

The couple and their family left Groton, Mass., and arrived in Vienna (present-day Phelps) around 1794. We are not sure just how many of their five children came with them, as son John had died in 1792. Melvin purchased about 800 acres on a hilly road south and east of West Vienna. The acreage was densely populated with forest trees and a spring-fed pond on the east side of the hill (it’s still there today). That hilly road was later named in his honor, Melvin Hill Road. I am sure many of you have driven on this road or owned property on it, as I have.

Melvin was thought to be better off than most. Little is known of his background prior to coming to Vienna; it may have been in real estate. In 1795, he started clearing some of his acreage on the hill for crops and building a log home for his family. He donated two parcels of land on the top of the hill. One was for a log school house built in 1801; it evolved to a frame building and finally a brick school house and is now a residence. The other was for the First Baptist Church. It cost Melvin, an ardent Baptist, $1,000. The church was organized in 1798 and the building erected in 1808, across from the cemetery. It closed in 1860 due to lack of parishioner support and was later torn down.

Early Phelps town historian Helen Post Ridley has related a story about Melvin’s early travels on foot. His first year on the hill, he was en route from Geneva when he helped himself to an apple from an old Indian apple tree growing along the trail. Needless to say, the lot’s owner berated him for trespassing. Melvin responded that he would set 100 apple trees along his land for passersby. His success in early agriculture opened the way for the region’s fruit industry.

Melvin was a hospitable and generous man who was always ready to provide food and shelter for his fellow pioneers. Ridley noted when Darius Peck and family arrived Sept. 23, 1805, with no means of shelter, Melvin let them stay in the schoolhouse until their log home was finished. Neighbors also provided food for the family. Ridley said Darius Peck bought 100 acres south of the village and was building his log home in the center of the acreage. I think this might have been on present Fort Hill Road, west and behind Windy Hill Farms.

Melvin completed many improvements on his hill acreage, but started to explore other land options — namely Old Town Wolcott, a military tract east of the Pre-Emption Line.

He first visited this area in 1805-06, probably at the suggestion of Robert Troup, general agent for the Pultney Estate Williamson’s Patent. Melvin was the first pioneer of Wolcott; he purchased Lot No. 50 containing 500-600 acres at a reduced price on the condition he build a grist mill at the falls of Wolcott Creek and later a sawmill. It was thought this would entice other pioneers to settle in this area, which was a wilderness and unpopulated as in Phelps’ early days.

By 1809, Melvin fulfilled his obligation. His Lot No. 50 is now within the incorporated village limits of Wolcott in present-day Wayne County.

In 1810, the first town meeting was held at Melvin’s Mill. Melvin erected log houses to house his workmen. In 1811 he built a log home near B.A. Merrill Spring, then moved part of his family from Phelps.

He commenced to make improvements on his mills and began clearing his land, which was known as the “Black House Farm.” He first cleared 10 acres and set the first apple orchard in town. Seed and trees were from Melvin’s orchards in Phelps. In 1811, he furnished fruit for the settlers of Wolcott from his Phelps orchards.

The first settlers felt obligated to Melvin. As of 1808 there were no inhabitants living within the present incorporated village limits. The frame of the Black House was raised by the fall of 1812 and completed in 1813. He built the large two-story frame house at West Main and Wright streets. His peculiar fancy was in painting; Melvin painted it black — as lamp black and oil could make it. All wondered why he fancied such a color? His reply, “I like to see things correspond; if my character is black, I paint my house so.” In 1878, the house was moved to Smith Street.

Melvin donated a 1-acre parcel of his for a church and a school, now occupied by the Baptist Church and Northrup Park. He sold his two mills to Obadiah Adams for $10,000. Adams was an industrious person, engaging in many business ventures from 1812-24 that required considerable amounts of capital and stretched his finances. Melvin, Adonijah Church and Jacob Viele endorsed Adams’ paper at the Geneva and Utica banks for money to carry on his business.

Soon after, Adams defaulted on his loans and most of his business operations ceased. His endorsers made arrangements with the banks to put off prosecutions against them for a time. They expected Adams to repay his obligations, but he fell into foreclosure. At this time, 1822, Melvin had moved back to Phelps. His son Alanson stayed to managed his business in Wolcott.

Adams had built a blast furnace to produce cast iron for plow castings. He persuaded Melvin that the operation of the blast furnace could, in due time, make enough to discharge his obligations. Melvin gave Adams a year to get his furnace going. A short time had passed when Adams’ creditors dispossessed him of it and seized all of his assets. Adams was jailed in Lyons, as the law at the time for debt was imprisonment. Adams got out of prison and returned to Wolcott. Assessing the situation, he decided that all was lost and moved to Rochester, where died a poor man.

Judgments were obtained against Melvin, Church and Viele, in due time, for nonpayment of same. The sheriff sold, on their execution, all of Lot No. 50 owned by Melvin, including 450 acres in the village of Wolcott. Melvin’s farm in Phelps also was sold, leaving him without any means of support except his Revolutionary pension.

He lived with his grandson, Dr. John Melvin of Manchester, Ontario County, until his death. Melvin’s wife, Beula, died Sept. 16, 1828. Melvin passed away May 29, 1841. Both are buried in the Melvin Hill Cemetery.

Dr. Tripp of Montgomery County came to Wolcott and bought the Melvin Hill property from the bank. Mable E. Oaks states in her book “Phelpstown Footprints” that his farm was owned by Chester and Helen (Raes) Gridley and it is now known as J. DeBoover Farms.

After all Melvin had accomplished in his lifetime and did for others, he died a poor man. How sad an ending!

Johnson, of Phelps, is interested in the early history of Phelps and its pioneers and writes monthly articles for the Phelps Historical Society.

Johnson is a lifelong Phelps resident who is interested in local history.

Information for this article was sourced from "Wolcott, NY. Old and New by John Ogden Wadsworth," and a special thank you to Wolcott Village Clerk Fran (Knaar) Acker for the picture of Jonathan and his Black House on 11960 Smith St., now the Mark Douglass House.