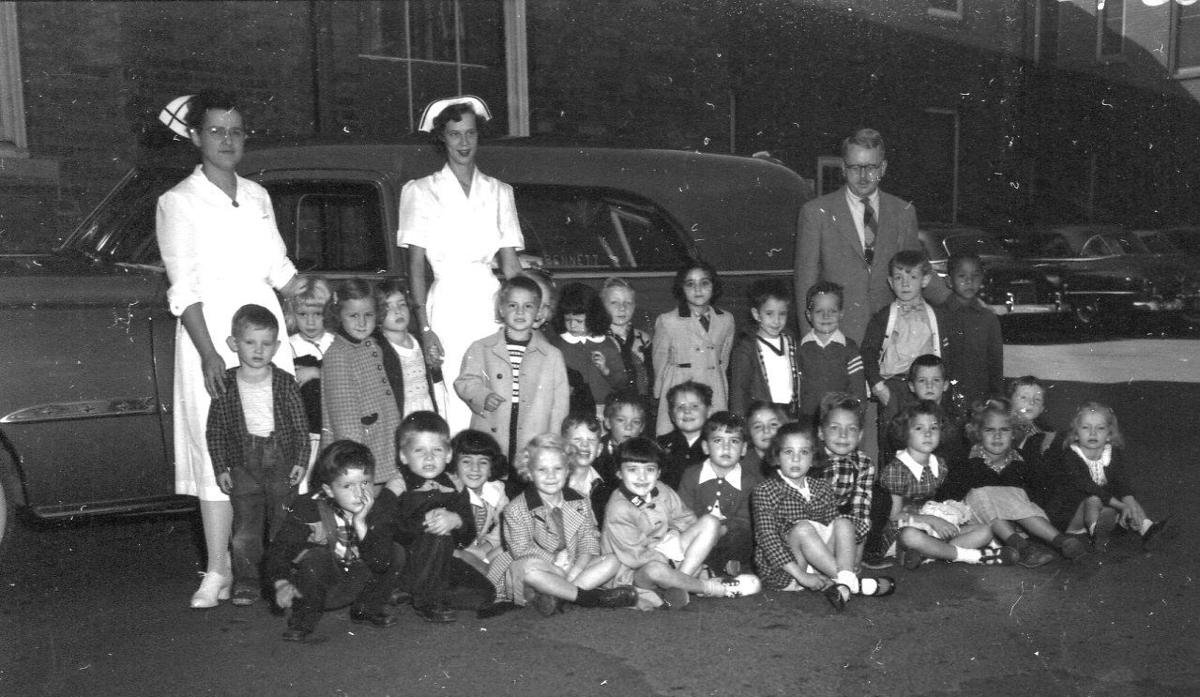 This photograph was taken during a field trip by North Street School kindergarteners in 1953. The ambulance was owned by the H.W. Bennett funeral home (see the word Bennett displayed on the window). 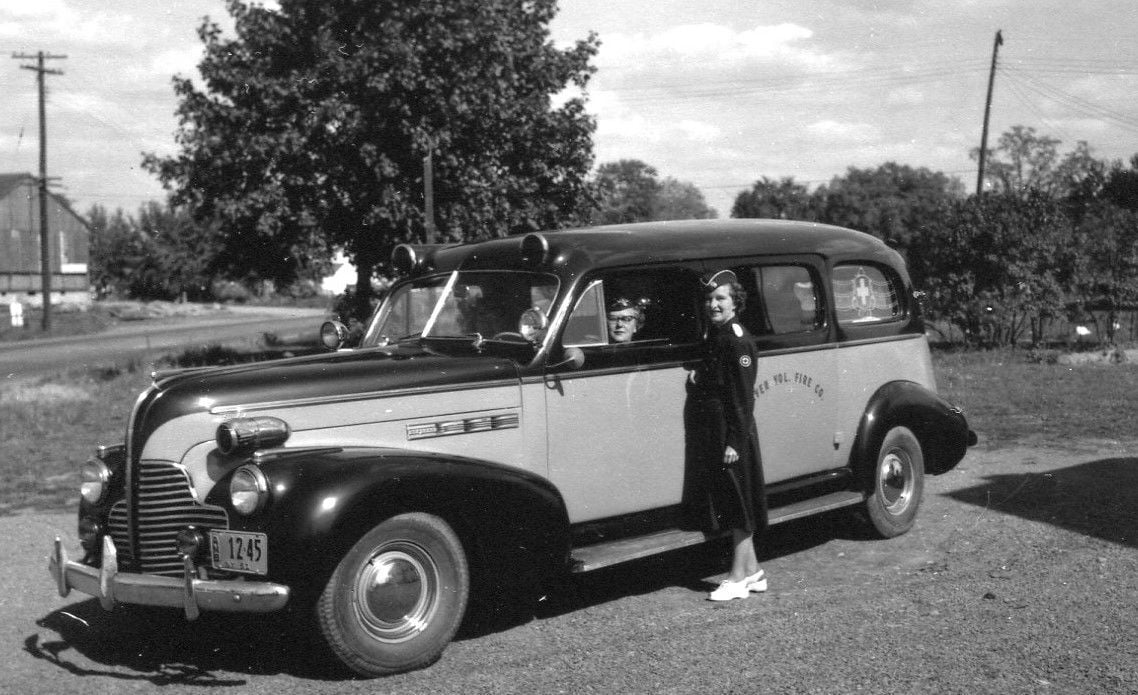 The Serven Fire Department used its car as an ambulance, brand new in 1952, to provide free services to Serven residents. 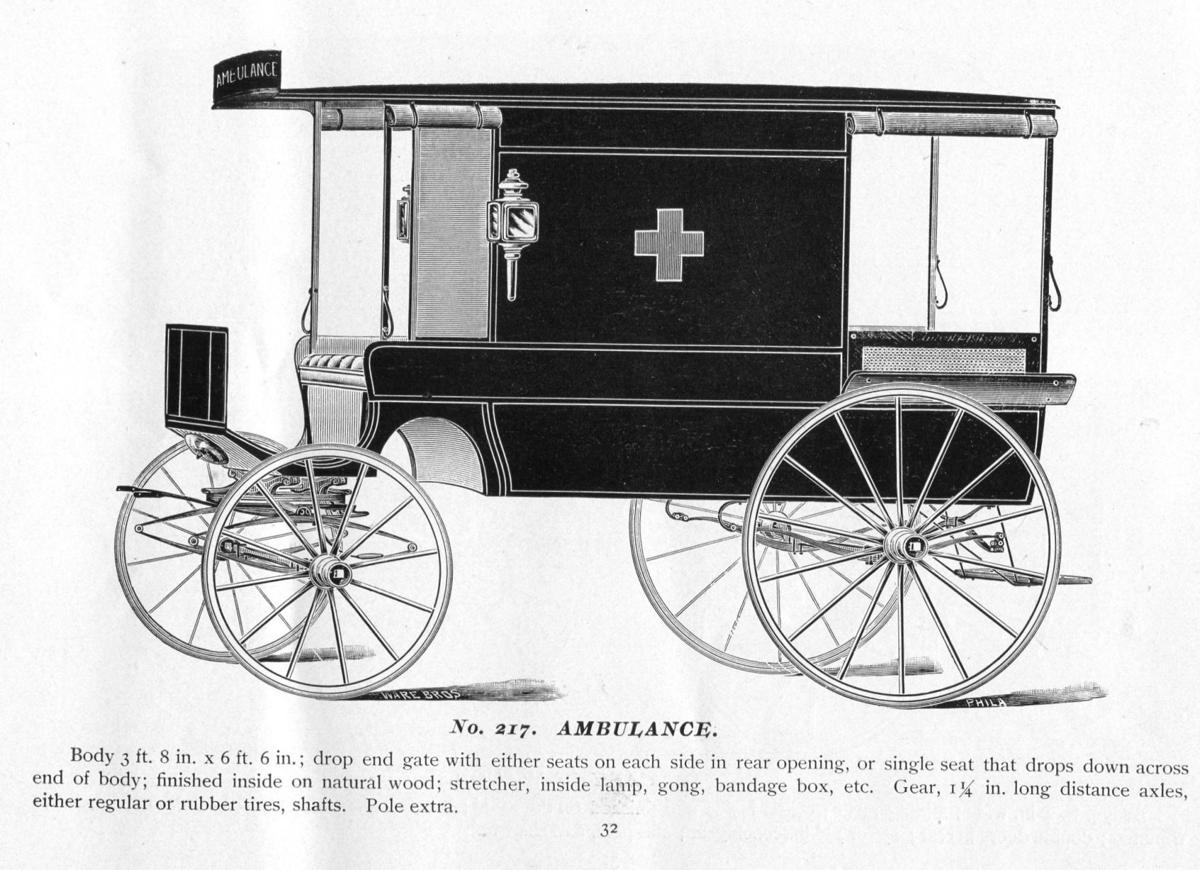 An ambulance in the 1898 Geneva Wagon Works catalogue.

An advertisement in the 1895-96 Geneva city directory for Borgman’s businesses, which included ambulance service. 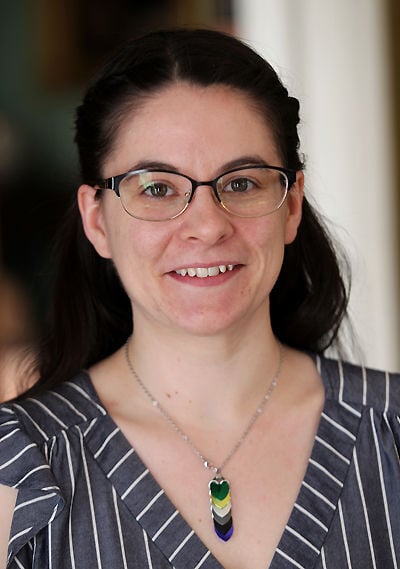 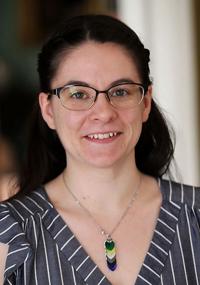 This photograph was taken during a field trip by North Street School kindergarteners in 1953. The ambulance was owned by the H.W. Bennett funeral home (see the word Bennett displayed on the window).

The Serven Fire Department used its car as an ambulance, brand new in 1952, to provide free services to Serven residents.

An ambulance in the 1898 Geneva Wagon Works catalogue.

An advertisement in the 1895-96 Geneva city directory for Borgman’s businesses, which included ambulance service.

The pandemic has shown that our health care workers are incredibly valued in communities and nationwide. When thinking about the different cogs in patient care, the ambulance serves a vital role in the community.

The concept of an ambulance being used for emergency purposes seems to have developed as early as 1487 by the Spanish Army, and most mentions until the 1800s relate to battlefields. Advancements on ambulances in transporting civilians were developed during a cholera outbreak in London in 1832 and it seems the American Civil War also contributed to further improvements by 1865. Hospital-based ambulance services developed around the same time, but Geneva’s City Hospital did not have one of its own until 1898.

However, mentions in the newspaper of Borgman’s ambulance reveals there was an ambulance type service in 1896. Directories show that Barney Borgman Jr. was actually the local undertaker and furniture dealer. When I kept digging, I found mentions of other Geneva funeral homes that had ambulance services such as H.W. Bennett, Fred W. Yells & Son, Currey & Corwin’s, Fletcher & DeVaney, and Kennedy’s from the 1890s through the 1950s.

Apparently it wasn’t rare for funeral homes to provide ambulance services. Ripley’s Believe or Not wrote an entire article about the phenomenon: “Funeral directors were involved in the ambulance business through the early 1970s. It made sense, as a major requirement for transporting patients was a vehicle that could accommodate a person lying down — hearses were perfect for the job. Not only that, those in the funeral business were also available 24 hours a day and had some medical know-how.”

Equipment mainly consisted of a stretcher, blanket and whiskey as ambulances were more for quickly transporting a patient to the hospital instead of treating a patient on scene.

The Geneva City Hospital was gifted with its first ambulance by Geneva Wagon Works in 1898 (which advertised for ambulances in its catalogs). The bus line, Kelleher & Malone, offered to store the ambulance in its barns and furnish a team to draw it free whenever the ambulance was needed in a hurry. In 1909, the flight of the horse-drawn ambulance through the city was more interesting news than reporting on who it was going to pick up.

Successive ambulances came slowly, but the invention of the automobile spawned a bigger, faster ambulance. As late as the 1950s, a number of funeral homes were offering automobile ambulance services and supporting the Geneva General Hospital — though it was unclear how decisions were made on which ambulance service to contact.

In 1948, newspaper reports show that the ambulance service in Geneva was unsatisfactory; even if people called for an ambulance, it might not have not show up. The hospital wrote to the paper that with fewer than 200 calls for ambulances that year, they would not be able afford the costs of an underutilized ambulance.

The cost of ambulance services to funeral homes also rose as the years wore on, prompting the undertakers to start discontinuing their ambulance practices. Fire departments, hospitals and private or volunteer operations picked up the business. The Serven Fire Department used its car as an ambulance, brand new in 1952, to provide free services to Serven.

By the early 1950s, plans were being put in place to use the Geneva police headquarters as a “clearing house” for emergency ambulance calls, though it’s unclear if this came to fruition. In 1954, Mayor W. Erle Rogers called for a city-sponsored ambulance service when funeral homes started to discontinue their services.

It wouldn’t be until late 1955 that a city service would be put into place by 6400 Cabs Inc . (a taxi company), which provided two ambulances equipped for emergencies with its drivers and aides trained in first aid by the Red Cross. In 1956, 6400 Cabs was able to promptly answer 460 requests for service by taking the calls themselves instead of routing through the hospital or police, with their staff becoming more experienced with each call.

A competing service, Medical Labs of East Rochester, appeared in Geneva in 1963 after being passed over when the city extended its contract with 6400 Cabs. Medical Labs filed a suit against the city’s decision and decided to establish a practice in Geneva, though the company left Geneva soon after. 6400 Cabs continued to serve Geneva until 1977 when its contract ran out.

According to Ripley’s, “the ambulance business changed drastically in 1966 after Congress passed the Highway Safety Act, which set regulations on ambulance design and emergency medical care.” In this, we can see that Geneva was ahead of the game by almost a decade, as other small towns in the area were still being served by their local funeral homes.

Chapin in the archivist for the Geneva Historical Society.