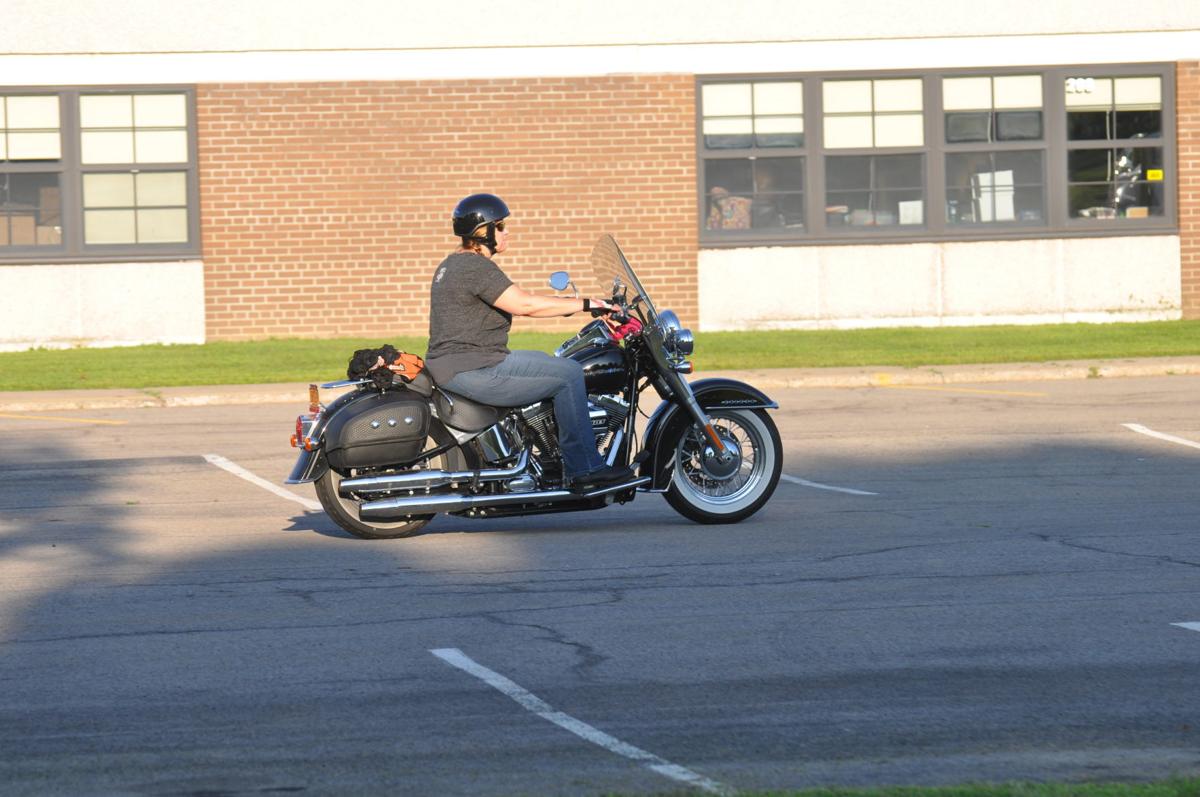 Lisa Couperus of Geneva has been driving a motorcycle for four years. 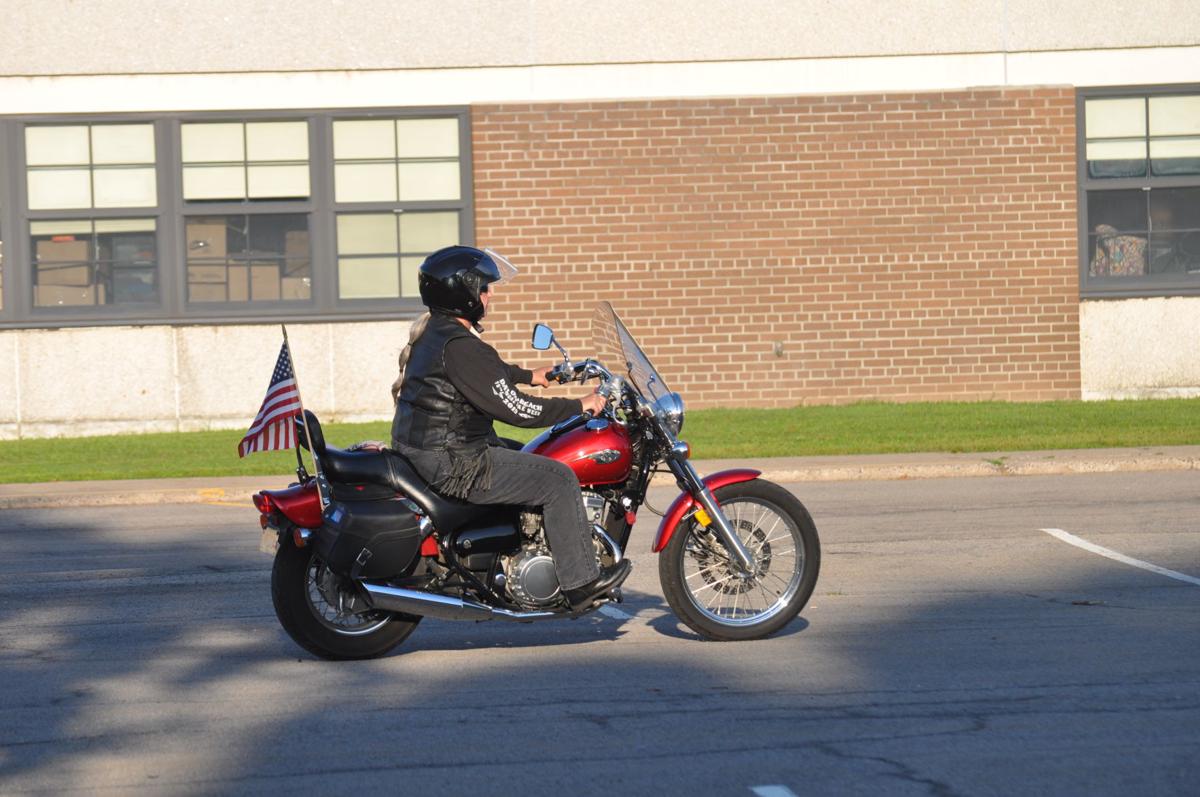 Allison McNamara of Williamson on her bike, heading out for an August evening group ride. 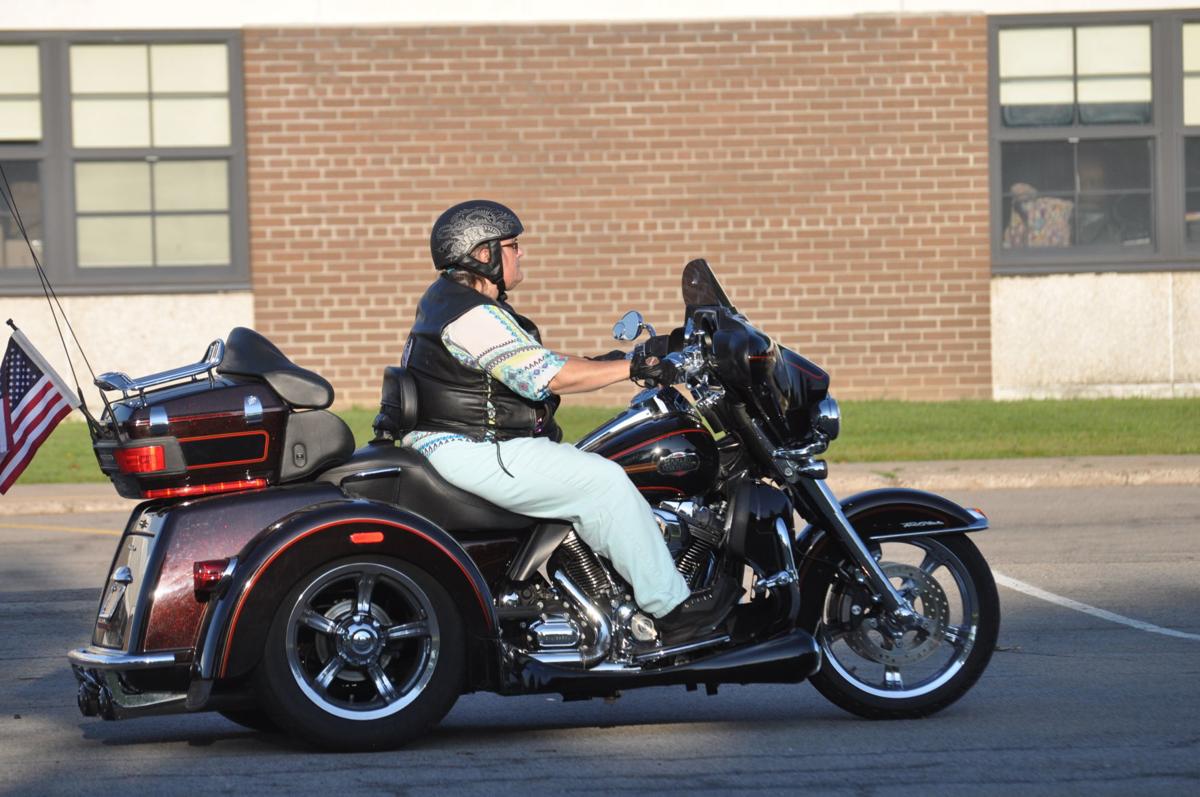 Leisa Sweet of Wayne County is the veteran of this motorcycle group; she first got on a bike in 1980. 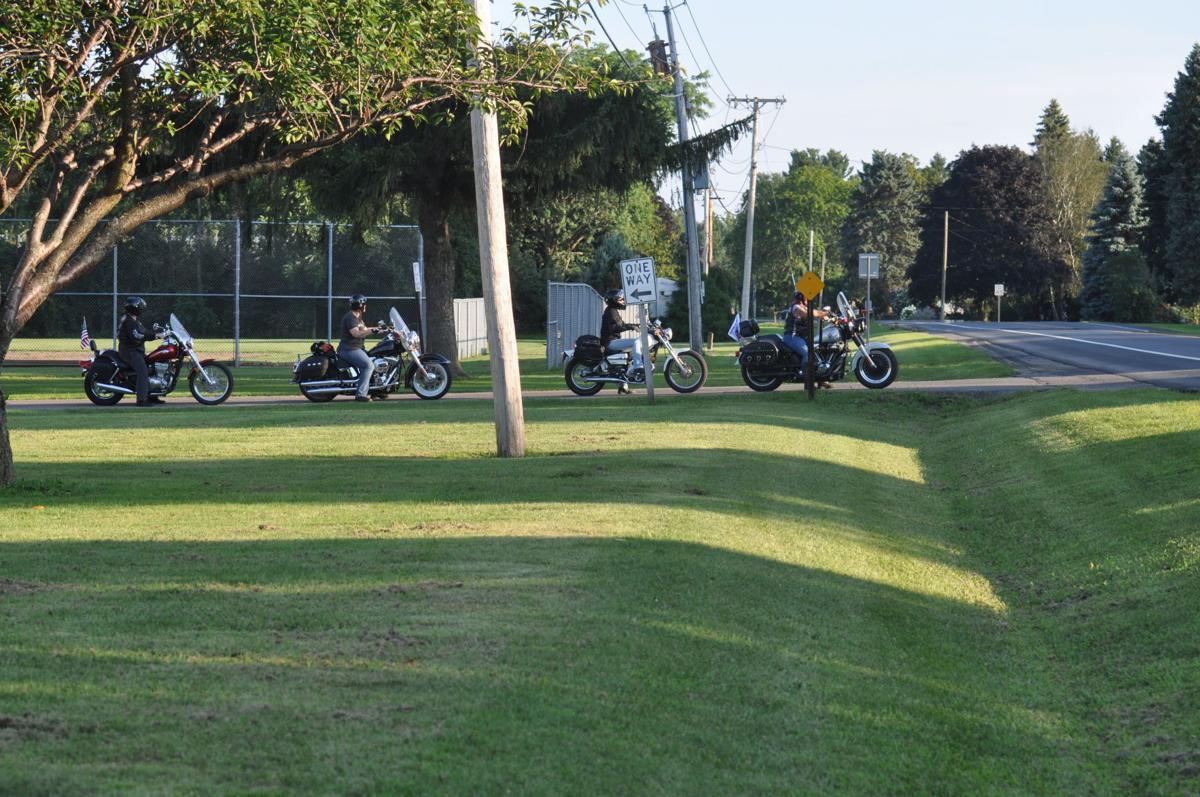 Off they go … heading north on Route 88 in Sodus to Lake Ontario and onto Webster. 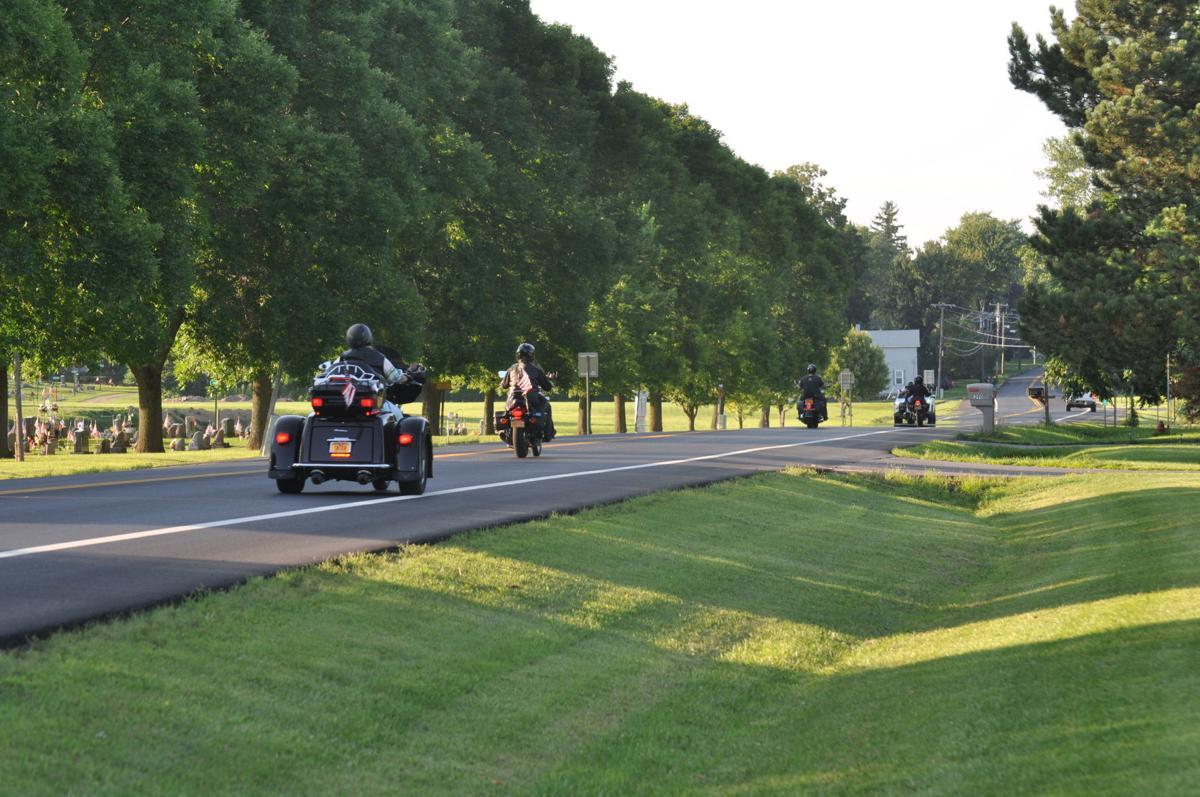 Members of the Finger Lakes chapter of Stilettos on Steel heading out for an August evening ride. 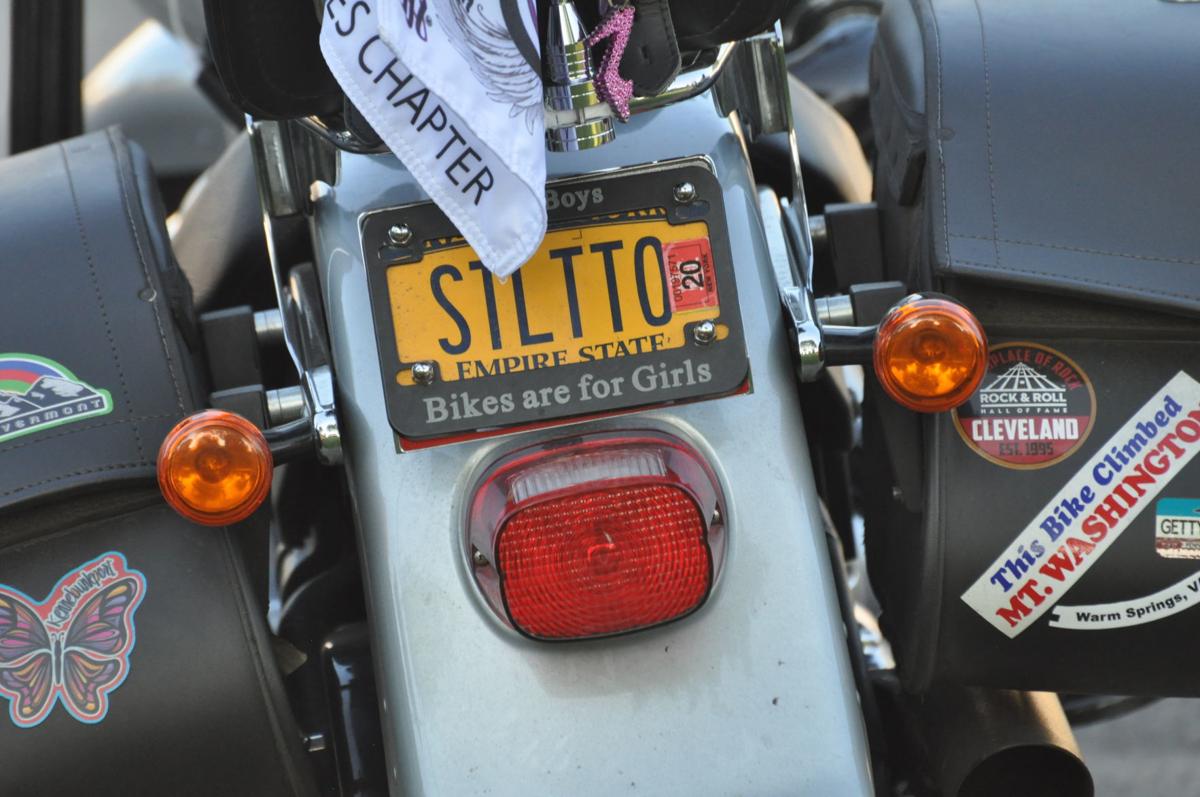 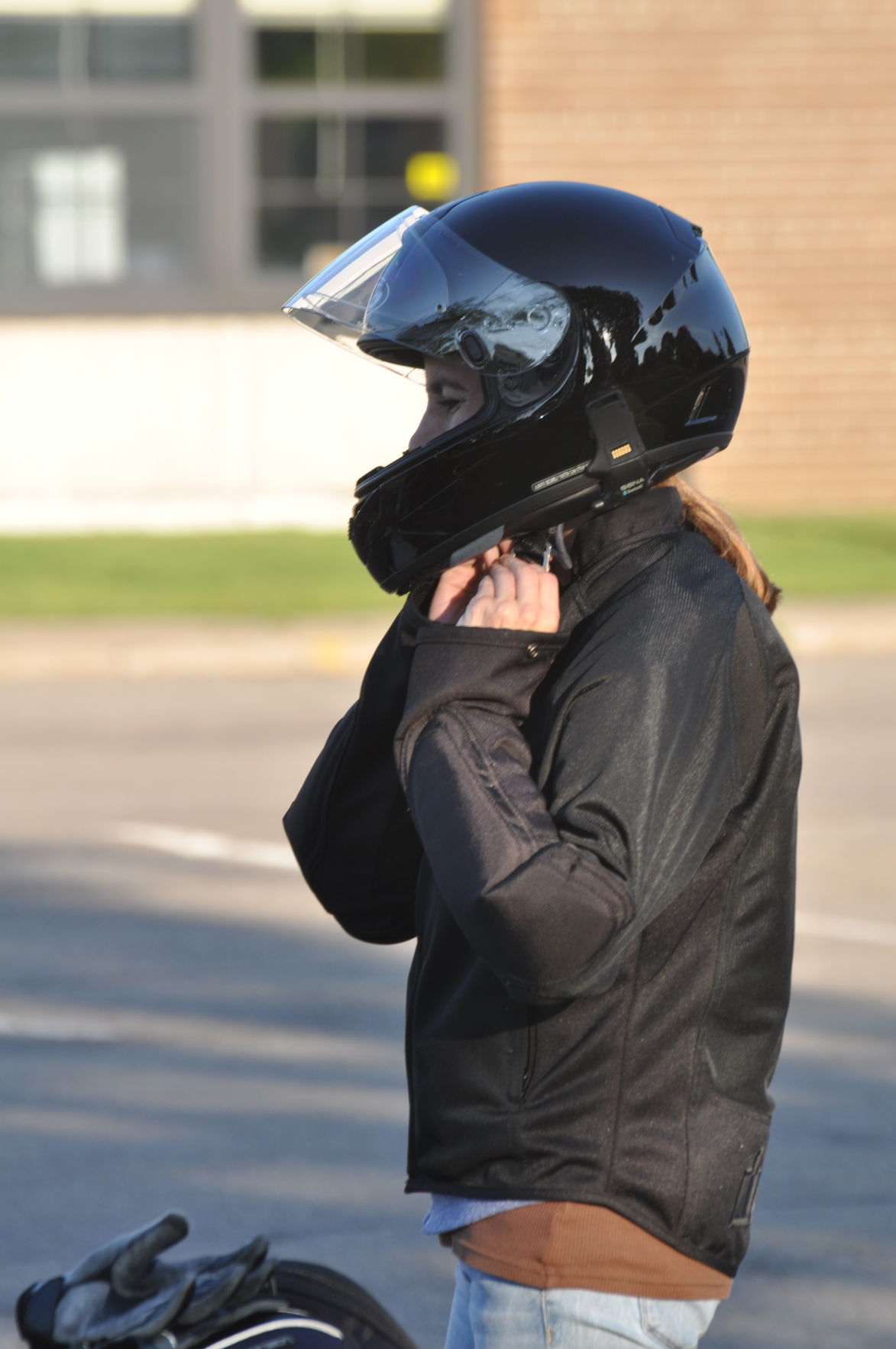 Taryn Prescott of Ontario County preparing for the ride. 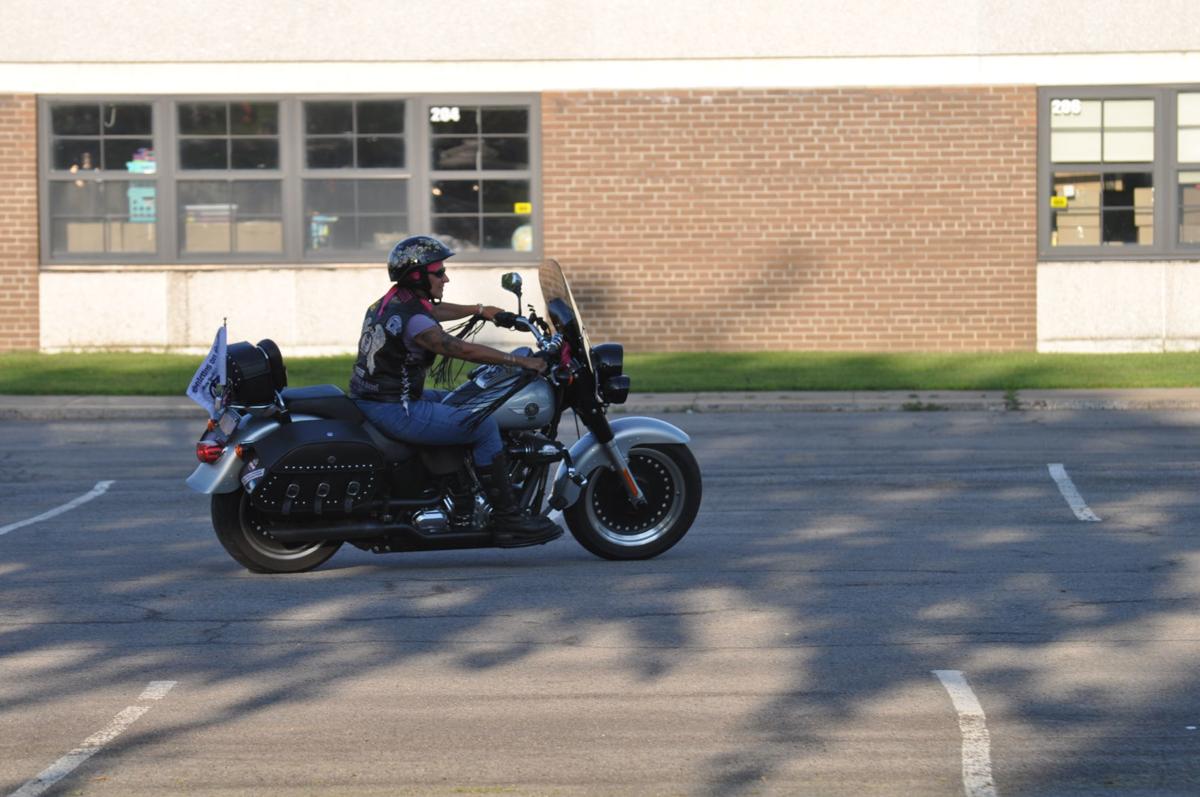 Group founder Fayne Winter of Sodus peeling out to lead the evening ride. 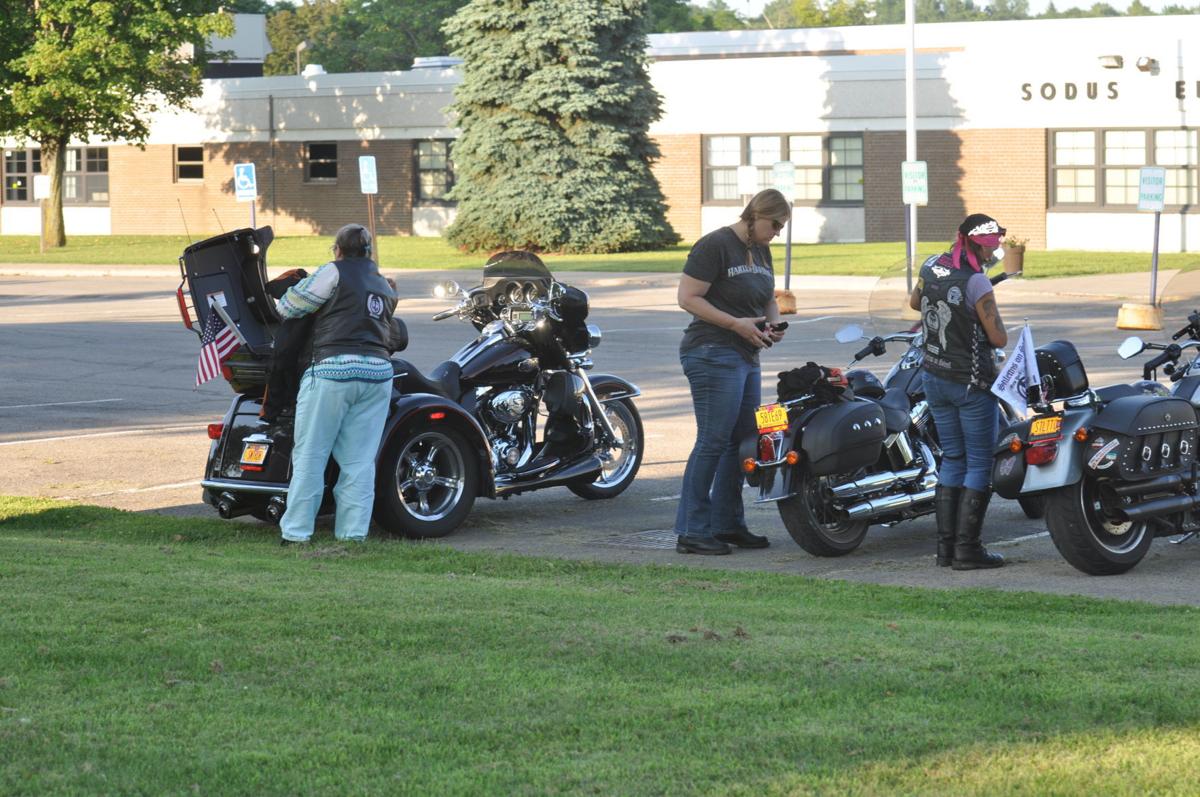 Group members put on their jackets and helmets before the evening ride along Lake Ontario to Webster. 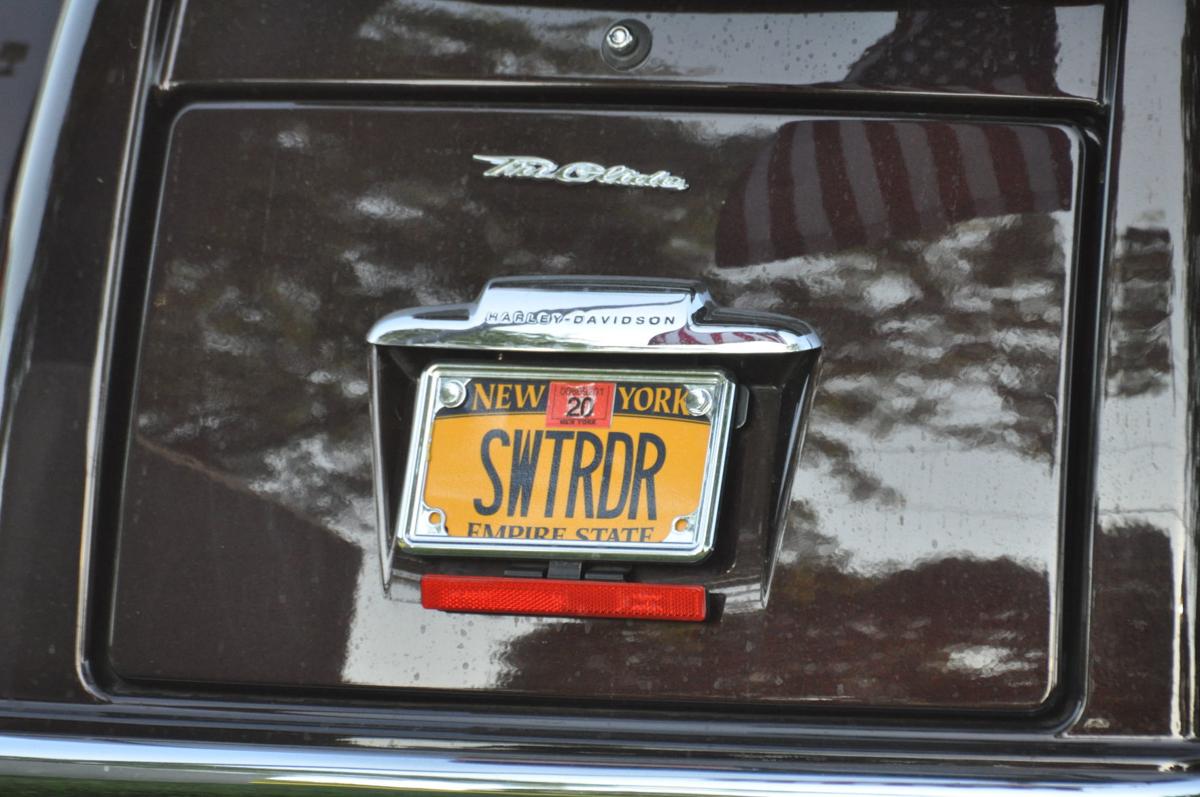 Lisa Couperus of Geneva has been driving a motorcycle for four years.

Allison McNamara of Williamson on her bike, heading out for an August evening group ride.

Leisa Sweet of Wayne County is the veteran of this motorcycle group; she first got on a bike in 1980.

Off they go … heading north on Route 88 in Sodus to Lake Ontario and onto Webster.

Members of the Finger Lakes chapter of Stilettos on Steel heading out for an August evening ride.

Taryn Prescott of Ontario County preparing for the ride.

Group founder Fayne Winter of Sodus peeling out to lead the evening ride.

Group members put on their jackets and helmets before the evening ride along Lake Ontario to Webster.

SODUS — These women were born to ride. And doing it with fellow females is their preference.

Most members of the Finger Lakes chapter of the Stilettos on Steel motorcycle group got their start sitting in the rear, holding onto the backs of boyfriends or husbands. But soon enough they realized they wanted to be in the driver’s seat ... figuratively and literally.

On a late August evening, six members of the group gathered in the parking lot of Sodus Elementary School for an end-of-summer ride. Their 50-mile route that evening would take them along Lake Ontario to Webster, where an Abbott’s Custard awaited them.

But riding motorcycles is all about the journey, not the destination, and getting to this point has been a journey in and of itself for these women; even today, driving a motorcycle is still a male-dominated bastion.

Fayne Winter of Sodus has been riding since 2010; it was actually her husband who encouraged her to take a class and secure her own license. At first she wasn’t sure it was a good idea after struggling on her first day, but soon enough she got the hang of it and has never looked back.

“I thought what the hell am I doing on the back (of a bike),” she said. “And two weeks later I got my first bike.”

She enjoys riding because it’s peaceful and meditative and “whatever happens you can ride away.”

It was Winter who organized the Finger Lakes chapter of Stilettos on Steel in 2016. It was the first chapter in New York state, although others have since sprung up statewide. Today, the Finger Lakes group has about 15 members who come from Sodus, Williamson, Geneva, Dundee, Victor and Newark to meet up and ride together.

“I was in a different group and wanted something kind of different, so I searched the Internet and thought, ‘That’s a cool name,’ ” she said.

Yearly dues are $40, and all communication is through the group’s Facebook page. There are three members-only rides a year in July, August and September and the remaining rides, are open to non-members — and often are impromptu.

Although they still ride with men, these women prefer hitting the open road with women. Winter described the pace as more leisurely and patient. For Taryn Prescott of Ontario County, it feels like a safer ride.

Prescott first learned to drive a motorcycle at the behest of her ex-husband, who thought it would be fun to ride together.

“Everything takes effort,” said Prescott, who said knowing how to drive standard ahead of time is a plus. “If I’m tired or lethargic I stay off.”

It’s clear these women are very safety conscious (they have all taken classes, include breaks, and never drink and ride) and in part that’s why they like riding together. When with a lot of male riders, they say the machismo element can come into play and the risks increase.

Allison McNamara of Williamson has been riding for eight years. She noted motorcycle drivers have to be mindful all the time of what’s going on around them.

Leisa Sweet of Wayne County agreed, noting it’s not just cars but deer, dogs, birds, chickens and even junebugs that can threaten a safe ride.

“You’ve got to be engaged,” she said.

Sweet was in an accident that landed her in the hospital for six weeks and out of work for six months. It was two years before she would consider getting back on a bike. When she was ready, she chose a three-wheeler instead of two-wheeler because she felt she no longer had the strength to handle the latter.

Sweet is the veteran rider of the group; she shocked her father when in 1980 she declared she was going to learn how to drive a motorcycle. Back then, very few women did so.

“It was not female friendly at all,” said Sweet. “My father stopped talking to me for the whole year. ... Girls just didn’t do that stuff back then.”

Today is a much more accepting era, but there are still vestiges of that “girls don’t belong on bikes” attitude.

Prescott, who is petite, said people are still incredulous to learn she owns and drives a motorcycle.

“I’m a teacher, I’m small, and I don’t have that stereotypical motorcycle look,” she said.

Winter recalled the time she was at the back of an all-female outing. She said she enjoyed the look on the faces of bystanders who were waiting for the male riders, but realized by the end of the convoy that there were none.

Lisa Couperus of Geneva, who has been riding for four years, said she’ll enter a motorcycle dealership with a male friend and the staff will assume it’s him who needs assistance, not her.

Couperus said she decided to learn how to drive a motorcycle herself “... on a whim because I got sick of waiting to go with someone else.”

She enjoys riding with the group because there is safety in numbers and she gets to explore more places.

“Before, I’d stick to my little routes because I have no sense of direction,” laughed Couperus, whose boyfriend does not ride. “But I’m working on him.”

Sweet said “back in the day” she never envisioned the evolution of all-female motorcycle groups. {span}She finds Stilettos on Steel to be a supportive group that ranges in age, ability and bikes and where “nobody looks down on you.”

For her and her fellow Stiletto riders, empowerment and camaraderie are words that surface repeatedly.

“The friendships we’ve made, the camaraderie, it’s big,” said McNamara, adding the women also get together in the winter when their motorcycles are stowed away. “With this man’s world it’s good to see myself and other women getting together.”

Before it got too late and the sun dipped too low, this group of five women broke up their circle under a shady tree and headed to their parked bikes, ready for their summer evening jaunt.

They put on their helmets, hopped on their bikes and as their engines rumbled to life Winter pulled out in front to lead that night’s ride.

And one by one, each woman exited the school parking lot and headed north on Route 88 ... the open road ahead of them for a worry-free summer evening spent on their bikes.