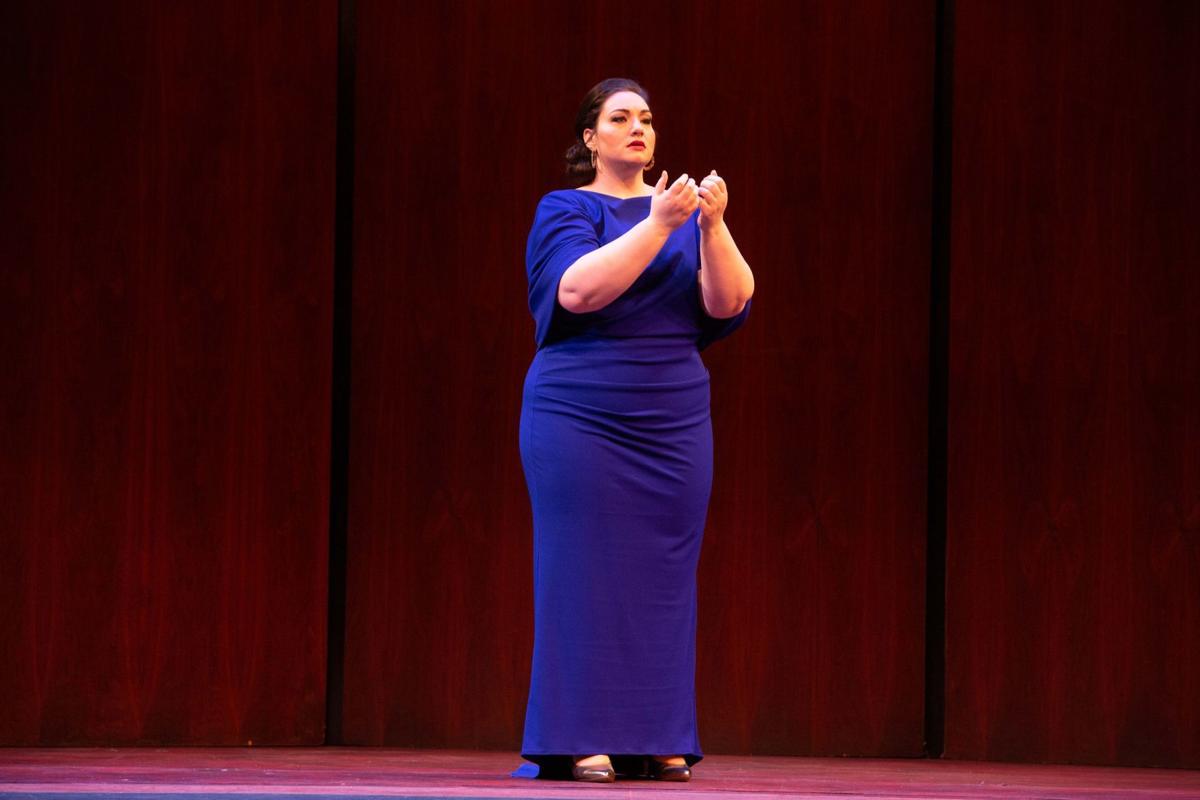 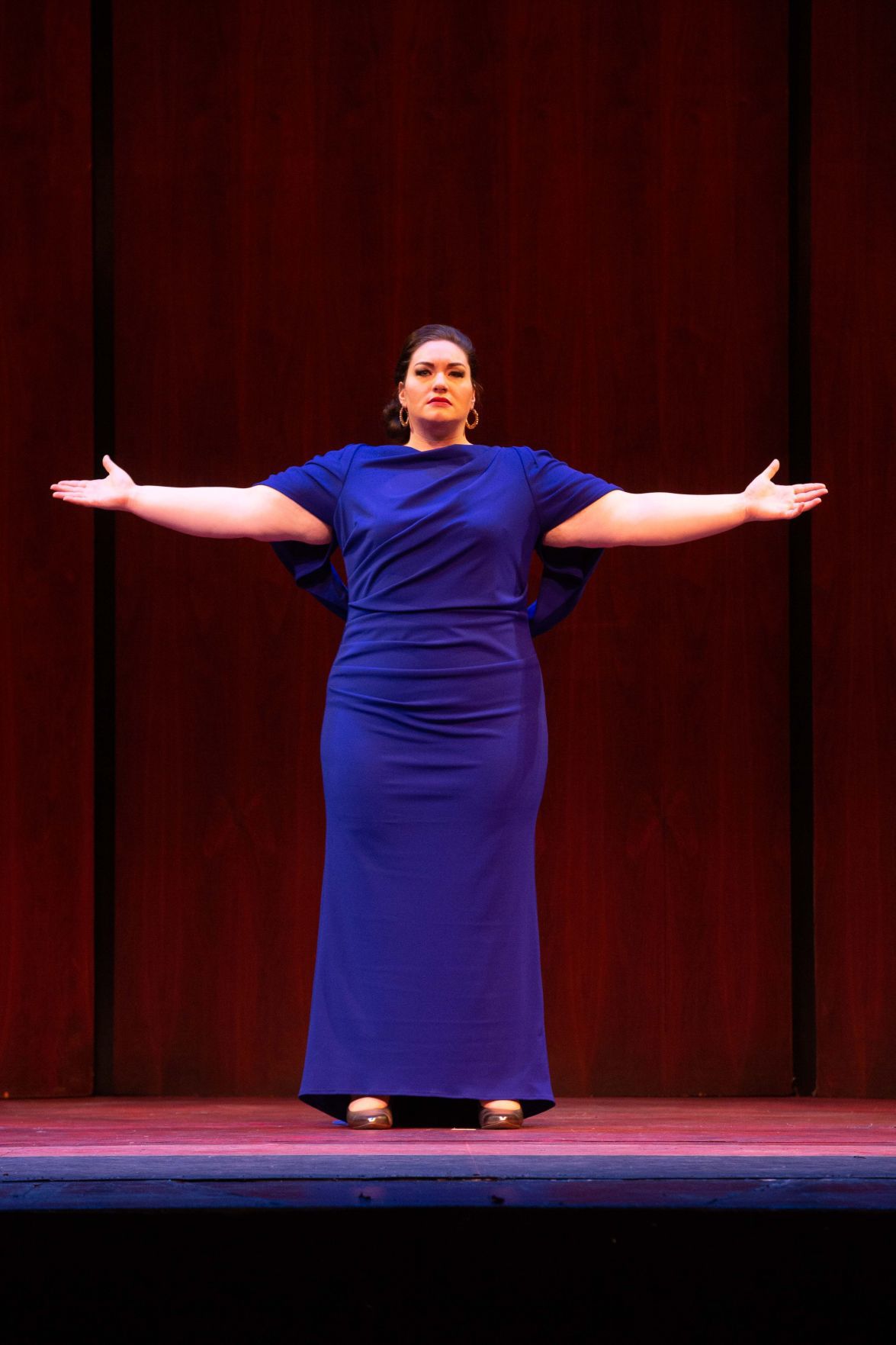 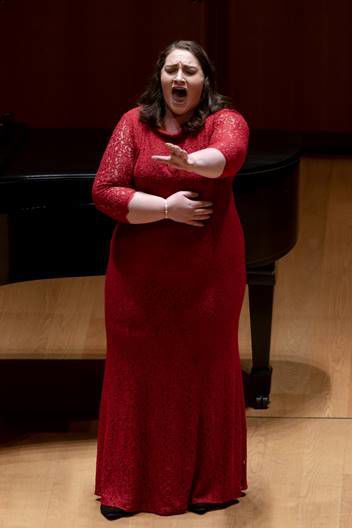 Waterloo native Lindsay Kate Brown was one of five winners of the 49th annual George London Foundation Awards Competition for young American and Canadian opera singers. Here she is performing in the competition late last month at The Morgan Library and Museum in New York City. 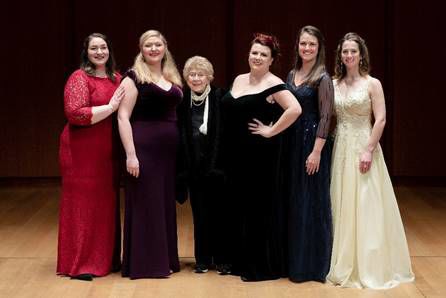 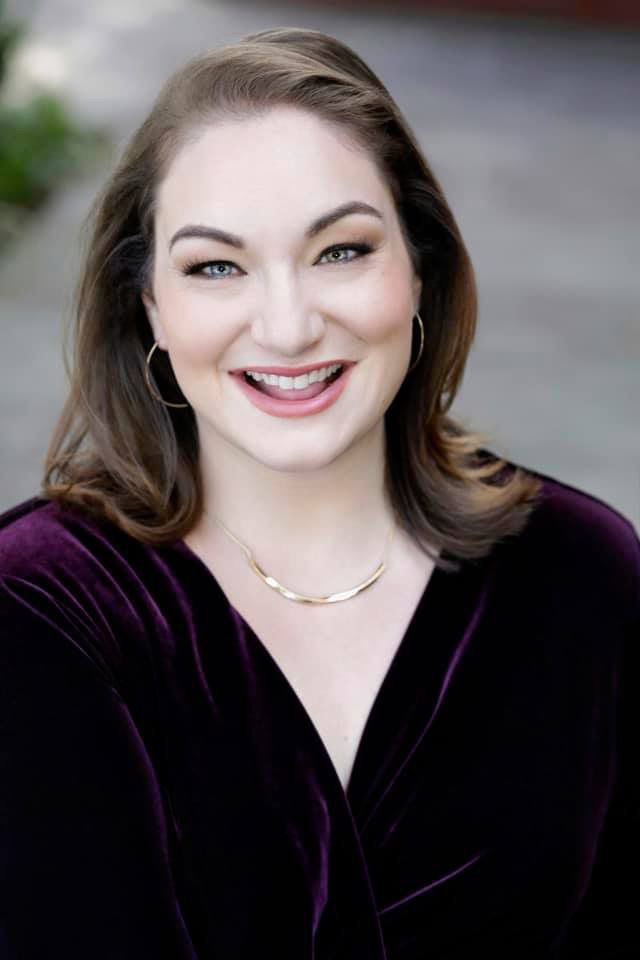 Waterloo native Lindsay Kate Brown was one of five winners of the 49th annual George London Foundation Awards Competition for young American and Canadian opera singers. Here she is performing in the competition late last month at The Morgan Library and Museum in New York City.

The 2009 Waterloo High School graduate was awaiting a schedule of rehearsals for her next round of performances with the Houston Grand Opera Studio just days after returning from New York City where she competed and placed in two highly regarded competitions for young opera singers.

Brown, a mezzo soprano, was one of five winners of the 49th annual George London Foundation Awards Competition for young American and Canadian opera singers. She and the four other winners each received $10,000.

The 28-year-old followed up that strong showing with another in the Metropolitan Opera National Council Auditions. Although not one of the five winners, Brown did make it into the finalist round of nine performers and experienced the thrill of a lifetime singing on the Metropolitan Opera Stage — also earning her a $10,000 prize but perhaps more importantly the memory of just being there.

“It was phenomenal,” said Brown, whose mother Deborah and sister Kara still live in Waterloo (her father David is deceased). “I never really felt I would be in a situation to be able to sing there on that iconic stage. It’s kind of crazy.”

Brown’s New York City whirlwind started with the George London competition, named for the great American bass-baritone (1920-1985), who devoted much of his later years to nurturing young singers.

The annual applicant pool for that competition exceeds 150 opera singers, according to the organization’s website. Ninety are asked to participate in a preliminary round over three days of auditions — as Brown was. She said she chose three arias to sing and was notified that that she had made it to the final round of 15 performers, all of whom sang before the judges and an audience Feb. 21 at the Gilder Lehrman Hall at The Morgan Library and Museum. For those finals she sang the aria “O Mon Fernand” from La Favorite by Gaetano Donizetti.

From those 15 finalists, the judges chose five winners and Brown was fortunate enough to have made that cut.

“It’s interesting. There are so many different types of voices and singers, you never really know what the judges are going to go for,” said Brown, whose goal in competitions is to just go out and create music and be herself. “And that has generally worked out in my favor.”

The George London Foundation Awards Competition is one of the oldest vocal competitions in the U.S. and Canada and its list of past winners includes Christine Brewer, Joyce DiDonato and Renee Fleming. The New York Times has noted “this prestigious competition can rightfully claim to act as a springboard for major careers in opera.”

From there, Brown went on to compete in the finals of the Metropolitan National Council Auditions after winning the Upper Midwest Region regional competition. More than 1,000 singers participated in auditions held in 40 districts throughout the United States, Canada, Puerto Rico, and Mexico, some of whom went on to compete in the 12 regional finals.

The subsequent New York City round of the contest started with 23 singers, nine of whom made it to to the grand finals performance last Sunday — including Brown. She and the other grand finalists each sang two arias on the Met stage with the orchestra under French conductor Bertrand de Billy. The competition was hosted by soprano Lisette Oropesa and while the judges decided on the five winners, Mexican tenor Javier Camarena performed for the audience.

Although not named as one of the five grand finals winners, Brown was certainly pleased to be among the nine national finalists. And in the audience seeing her sing on the Met stage was her mother, Deborah.

“Again for me, I sang well and represented myself well ... and got to sing with the orchestra, which was really cool,” she said.

Now in the young artist stage of her career, Brown is looking forward to her third season with the Houston Grand Opera Studio. As a studio artist, she said she performs smaller roles on stage and covers for the leads and supporting roles. Last summer she joined Wolf Trap Opera, making her debut as Komponist in Strauss’ Ariadne auf Naxos. This summer she will head to the Sante Fe Opera as an apprentice artist, where she will cover the role of Jezibaba in Dvorak’s Rusalka and study the role of Brangäne in Wagner’s Tristan und Isolde.

Such a busy schedule does not leave much time for visits home, but Brown was in Waterloo for the holidays. Her Christmas gift to her mother was a plane ticket to Houston to see her sing this May; it will be Deborah Brown’s first-ever plane flight.

When Brown left Waterloo after high school for Mansfield University in Pennsylvania, her goal was to become a college choir director. But a professor suggested she audition to major in music performance as well, and Brown took the first steps in her now budding opera career.

After graduating from Mansfield, she earned degrees in opera performance from State University at Binghamton in 2016 and Rice University in Houston in 2018. She has received a number of awards from competitions, young artist programs and institutions.

Brown said she has learned from her colleagues that there is not one path to becoming an opera singer and she is unsure exactly where hers will lead.

“My goal — I would love to sing all over the world and make music and share music with as many people as I can,” she said. “We’ll see where it takes me — whether it’s Houston, Berlin or New York.”

Yes, the field can be competitive and stressful, but Brown believes music is one of the few things that can transcend race, religion and any differences among human beings.

“If the music is good it can move you,” she said. “At the end of the day I wouldn’t choose to do anything else.”