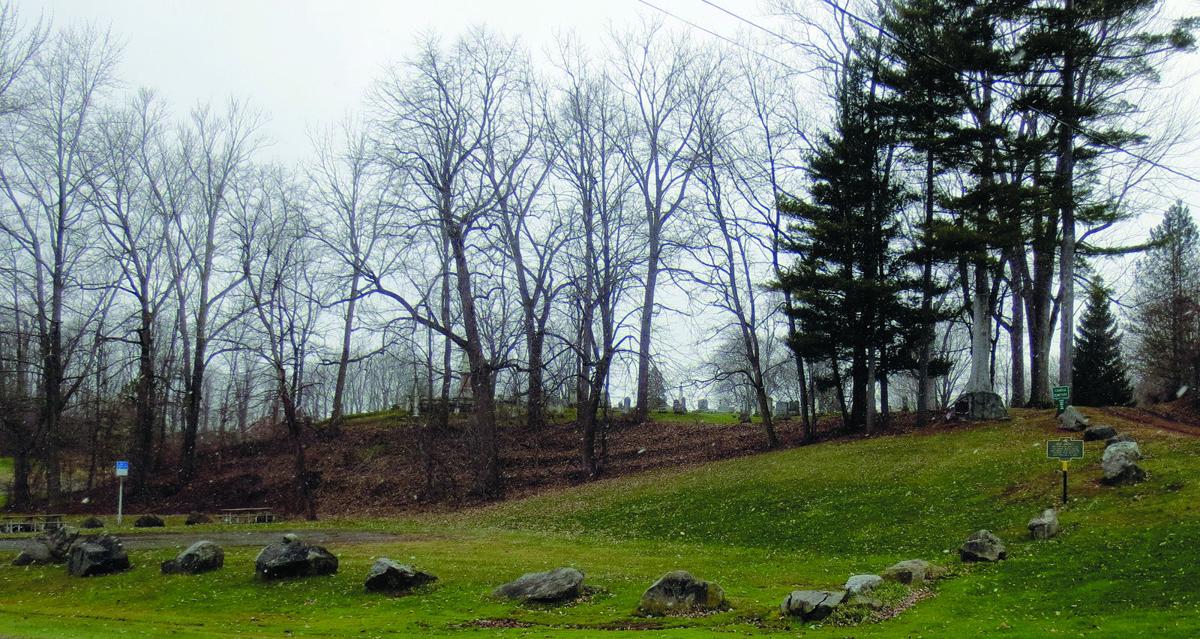 The Canoga Cemetery with the Red Jacket monument and historic marker at right. 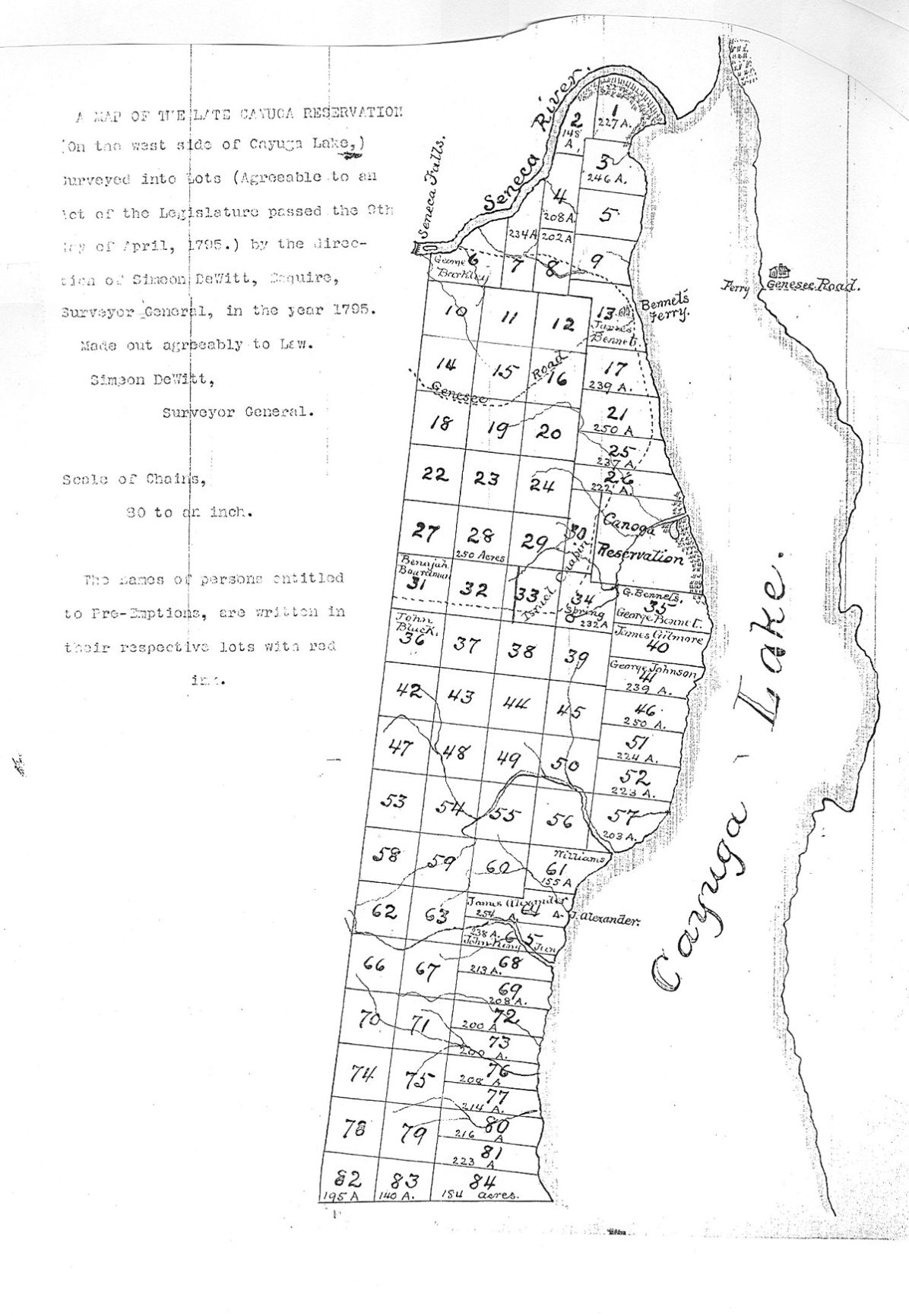 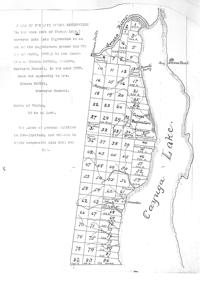 The Canoga Cemetery with the Red Jacket monument and historic marker at right.

On the corner of Cemetery Road and Route 89 north of the hamlet of Canoga is the historic Canoga Cemetery. Initially known as the “burial ground,” by 1855 it became known as the Canoga Cemetery — a not-for-profit place where the cemetery founders “could bury.” Many local folk have referred to this cemetery as the Red Jacket Cemetery. This is because Iroquois leader Red Jacket said that he was born close to this burial ground and the Red Jacket monument is nearby.

The Canoga Cemetery is on part of the “Cayuga Reservation,” a 1-square mile area that had been given to Fish Carrier, a Cayuga Indian chief, by a 1795 treaty. He gave up his rights to this land in an 1807 treaty and the 1 square mile area was divided into four lots. Michael Vreeland bought Section Number 2, consisting of 200 acres, on July 15, 1813. The description of this Lot No. 2 at the time said that the marsh portion was mostly “useless, well-watered” and that the rest of the 200 acres was covered with “timber, mostly oak excepting the flat which is basswood, oak and maple.”

Burials in the Canoga Cemetery are a reflection of local history. Although only limited early records exist, burials were done as far back as 1759. The earliest gravestone whose date can still be read is that of Daniel Blakeney in the year 1810.

At least two veterans of the War of 1812 are buried in the Canoga Cemetery. They are John Hause, who was taken prisoner at the Battle of Lundy’s Lane, and Daniel Schwab. Both resumed their farming in the Canoga area after the war. When John Hause died in 1844, his farm was divided into 11 parcels, one for each of his 11 living children. Daniel Schwab died on Nov. 8, 1883, at the age of 88.

Buried in the Canoga Cemetery are several Williamson family members who are bloodline descendants of Stephen Hopkins, a passenger on the Mayflower voyage of 1620.

There are at least 45 of the 1,328 known Seneca County Civil War veterans buried there. These Civil War veterans include Jon P. Richenbeck, Robert B. Nimmons, Peter W. Bockoven, John R. Brown, Ethial Hause, George Lerch, George L. Matthews and Milton Matthews, who all died while in service. They also include Vincent George, Augustus Bachman and John L. Hoster, who were prisoners of war. George and Bachman both died while war prisoners. John L. Hoster survived until 1930, having operated a saw mill and cider mill at Canoga Springs for many years after the Civil War.

Five sons of Henry and Elizabeth Lahr served in the Civil War. The couple and two of their 11 children died in a typhoid epidemic in 1858. Sons William Harrison Lahr and Aaron Brosius Lahr both enlisted in the 126th NY Volunteers in August 1862 and were part of the 11,000-plus Union prisoners captured at Harper’s Ferry in September 1862. William and Aaron were two of the eight who deserted while paroled at Camp Douglas in Chicago. They returned to Seneca County and then went to Owego, where they re-enlisted in the 24th NY Cavalry using the names William Henry and Aaron Henry. William was injured at Kearntown, Va. when the heel of his boot was shot away and his horse was killed under him. He received only a superficial wound. He was married in April 1867 to Pernina Pontius and they had 11 children. William died on Nov. 24, 1930.

Warren Lahr enlisted on Aug. 18, 1864, as a substitute for John H. Chamberlain of Seneca Falls. The U.S. Conscription (draft) Law of 1863 allowed a possible draftee to hire someone to go in his place. Warren was the last of the five Lahr brothers to pass away; he died at Charlotte, Mich., on Nov. 7, 1938, at the age of 92. Marcellus, the youngest of the Lahr brothers, was not able to enlist until April 5, 1865, at Schenectady, just shortly before the end of the Civil War. Son Peter Lahr served in various battles.

Canoga Cemetery contains a gravestone for Denton Peterson, who died in the Boxer Rebellion of 1900. His actual burial, however, is in Tientsin, China.

Like virtually all cemeteries in Seneca County, veterans of more recent wars are buried in the Canoga Cemetery. Their stories are not told here simply because of limited space for this article. The essential message of this piece is that the Canoga Cemetery, as well as other cemeteries in the county, is a final resting place for many local residents whose stories help us understand this county’s rich history.