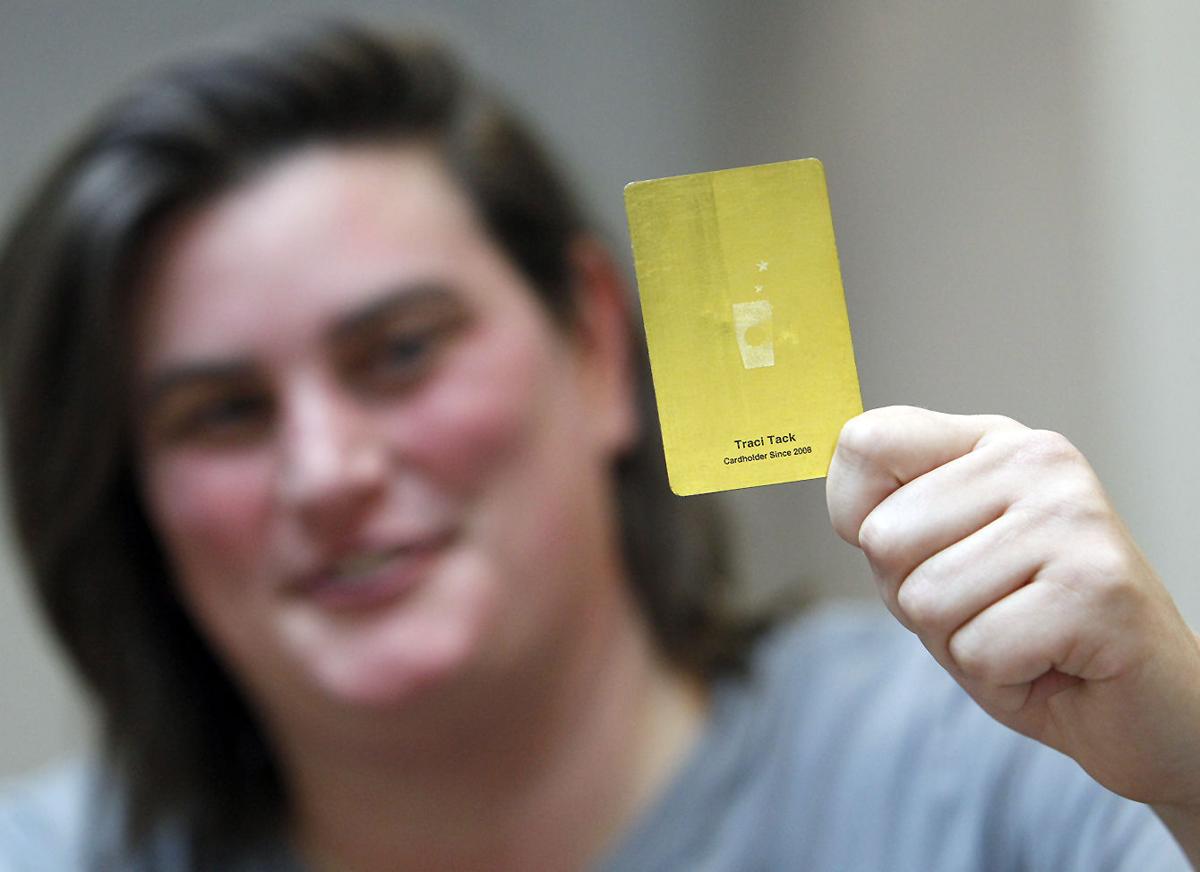 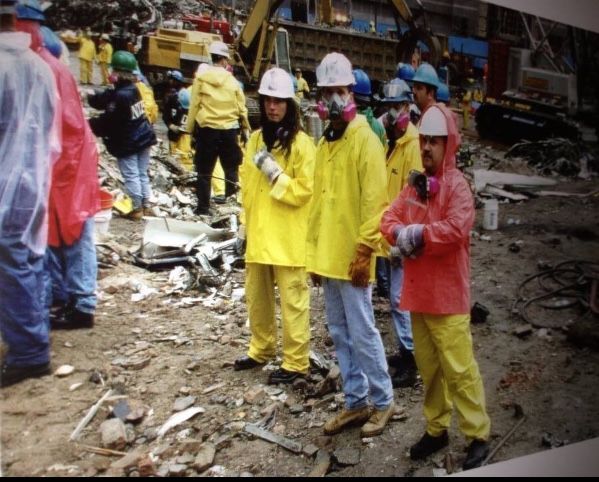 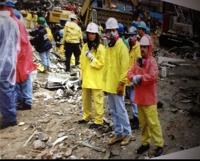 Traci Tack-Czajkowski (at left in yellow) at Ground Zero in New York City. The NYPD detective spent months at the site and later developed lung cancer, passing away at age 47. 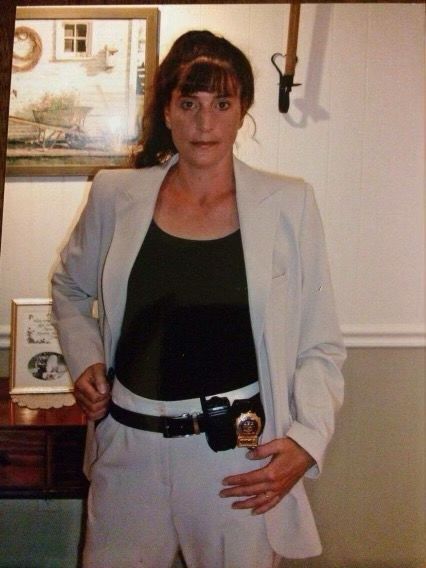 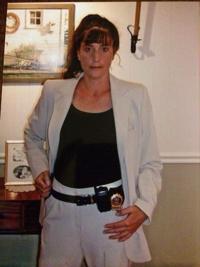 Traci Tack-Czajkowski served 20 years in the New York Police Department and was an undercover narcotics detective for much of that time. 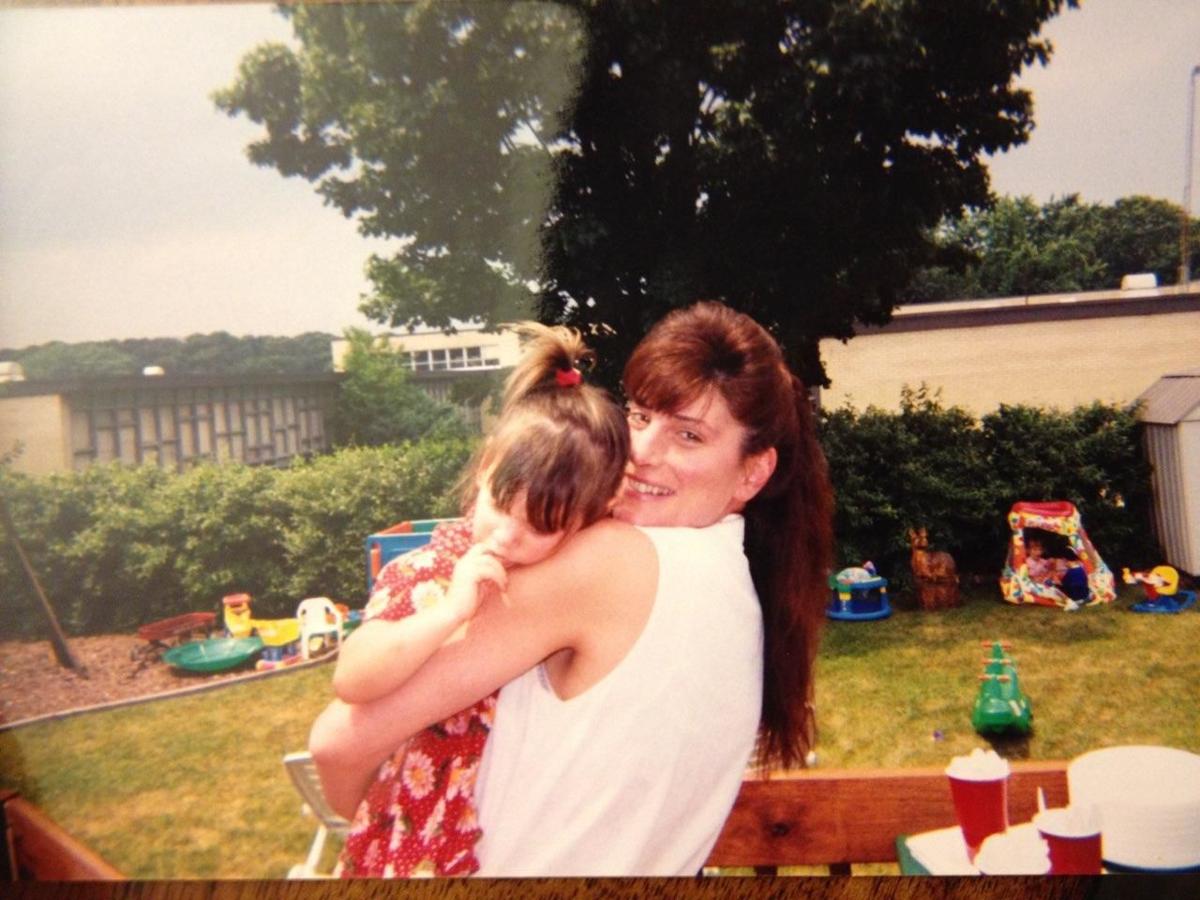 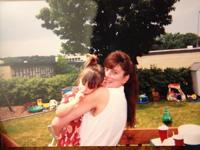 Rebecca “Bex” Czajkowski in the arms of her mother, Traci Tack-Czajkowski.

Traci Tack-Czajkowski (at left in yellow) at Ground Zero in New York City. The NYPD detective spent months at the site and later developed lung cancer, passing away at age 47.

Traci Tack-Czajkowski served 20 years in the New York Police Department and was an undercover narcotics detective for much of that time.

Rebecca “Bex” Czajkowski in the arms of her mother, Traci Tack-Czajkowski.

GENEVA — Rebecca “Bex” Czajkowski was only 5 when the 9/11 terrorist attacks rocked America, but she remembers the day as clearly as any adult.

The Comack, Long Island native was, as she wrote in a high school speech, “a blissfully ignorant 5-year-old, with my pigtails and Scooby Doo backpack,” when her school was dismissed early that day. She headed home by bus, only to walk in to see her babysitter crying as shaky footage of the towers collapsing played on the television screen.

As that babysitter comforted Czajkowski (pronounced chai-COW-ski) and her older sister and younger brother, her father Raymond — who worked a few blocks away from the World Trade Center — was waiting to be able to get home. Czajkowski’s mother, New York City Police Department Detective Traci Tack-Czajkowski, was directing traffic on the Brooklyn Bridge as pedestrians fled dust- and debris-ridden lower Manhattan.

What Czajkowski also keenly remembers is that she really didn’t see her mom until after Christmas of that year. Traci Tack-Czajkowski often slept at her precinct as she helped with the search and cleanup operations following the attack, or she would come home late after her children were asleep and return before they awoke to the place where she lost so many friends and co-workers.

One of the reasons Czajkowski said her mother kept her distance from her husband and three children (ages 9, 5 and 4 at the time) was her fear of exposing them to toxins from Ground Zero. That fear proved prescient; Tack-Czajkowski was diagnosed with Stage IV lung cancer in 2008 and died Jan. 15, 2013 at 47. Her middle daughter Bex was just 16.

Reconciling personal, public griefCzajkowski landed in Geneva as a William Smith College student; she graduated with degrees in English and education in 2018 and also earned a master’s in teaching from the college in 2019. Currently a high school English teacher in Trumansburg, she also taught at Mynderse Academy in Seneca Falls for two years.

The public trauma 9/11 was a deeply personal one for the young Czajkowski, whose Suffolk County commuter town, an hour away from New York City, was filled with stories like hers.

“Where I was, everybody had someone,” she said. “If you didn’t have a cop in the family you had somebody trying to come home [after the attacks].”

Czajkowski said her mother didn’t speak much about 9/11 or her work in general as an undercover narcotics detective. Tack-Czajkowski retired in 2007 after 20 years with the department and was diagnosed with cancer a short time later. It wasn’t until her mother’s funeral, attended by hundreds — including fellow officers and police commissioners — that Czajkowski said she finally got a sense of her mother’s police work, which included undercover drug buys and several threatening situations.

“She was proud of her service but didn’t like to bring that home with her,” Czajkowski said.

During her mother’s illness, Czajkowski — a talented ice hockey player — was pursuing her sport away at boarding school. That distance, plus her mother’s reserved nature, left little opportunity for Czajkowski to ask some of the questions that she still has. She talks about finding a picture of her mother with kilos upon kilos of cocaine that she helped seize. She was a “badass,” but was also just “mom” — a woman who was all about family and providing a better life for her children, a woman who loved the beach and whose daughter still drives around with her mother’s Tommy Bahama beach chair in her car trunk.

Czajkowski has spent much time trying to understand her private grief borne of a public event, which has complicated matters. She has not shied away from sharing her 9/11 story because it’s simply not in her open nature not to do so. Part of her drive is to bring conversations about grief into the daylight.

“It’s one of the most universal experiences, grief,” she said. “It just so happens my grief played out on a very public stage.”

Czajkowski has struggled with the politicization of 9/11 and the Islamophobia it engendered, saying sometimes “people use these deaths for what they’re not.”

“My mom is not a war cry; my mom is Traci Tack-Czajkowski. If she knew she was being used as a war cry, that’s not her. She served, that’s what she thought she should do with her life.”

While at William Smith, Czajkowski explored her personal history through classes and activities she chose. Among the classes was one taught by English professor Alla Ivanchikova on “Representing the 9/11 Wars” (Ivanchikova also wrote the book “Imagining Afghanistan: Global Fiction and Film of the 9/11 Wars”). Czajkowski also worked with architecture professor Gabriella D’Angelo to design a 9/11 memorial at the Colleges, learning in the process that it’s difficult to secure funding if such a memorial isn’t patriotic in nature.

“I wanted a memorial to senseless loss because that’s something that every human can relate to,” she said.

In addition, she helped organize a 9/11 remembrance ceremony and recalls standing outside the Scandling Center with a whiteboard, writing down the time of each horrific event that occurred that day.

“It destroyed me, it ripped me apart,” Czajkowski said. “I felt like that was the closest I’ve come to experiencing that day.”

She also juxtaposed her experience with that of a fellow William Smith student from Afghanistan, Zahra Arabzada, who graduated in 2019 — noting fear and grief associated with 9/11 is not singular to Americans. Arabzada was born in an Iranian refugee camp, moved to Afghanistan when she was 8 and attended the first female boarding school in that country.

Arabzada developed a passion for running and became known as the “the Hijabi Runner.” In a Health magazine article by Stephanie Booth, she recalled the culture shock and fear she experienced when coming to the U.S.: “Walking at night also scared me. I associated that time of day with shooting between Taliban soldiers and the government. It took a long time before I felt ready to brave the one-minute walk from the library to my dorm alone.”

For Czajkowski, January — the month of her mother’s death — is actually a more difficult time. That said, she finds the September rituals of each 9/11 anniversary “exhausting” and actually watched loops upon loops of graphic footage to desensitize herself to the images.

Losing her mother as a result of 9/11 no doubt shaped Czajkowski’s life path. She credits teachers — Courtney Lewis and Kelli McSweeney during her high school years and Katie Flowers at HWS — for their support.

“These were the people who essentially took me in,” she said. “Teachers aren’t just teachers; they fill in the gaps. They are important. When my mom couldn’t raise me my teachers did.”

Literature also helped. As an English teacher (and Boys and Girls Clubs board member), it’s her method for making the world a better place.

Czajkowski is not a particular fan of the 9/11 genre but mentions Judith Butler’s essays in “Precarious Life: The Powers of Mourning and Violence” and Mohsin Hamid’s “The Reluctant Fundamentalist” as good reads. On a more personal level, “The Catcher in the Rye,” “Harold’s Purple Crayon” and Rumi’s poem “The Guest House” sustained her.

“The grief of my mom’s death took over for a long time,” said Czajkowski, who now wants to help others — including her students — learn how to sit with their grief, in whatever form it may be.

“We don’t grow unless we fear first,” she said.

The way Czajkowski plans to sit with her grief today, as she remembers her mother, is with a cup of Starbucks coffee. Tucked in her wallet is her mother’s Starbucks coffee club card. Traci Tack- Czajkowski’s guilty pleasure (sometimes four times a day!) was a Venti Bold double cupped with a little half and half.

Yes, her death will always be intertwined with 9/11. That’s the reality.

“But that’s not the most interesting thing about me or my mom,” Czajkowski said.