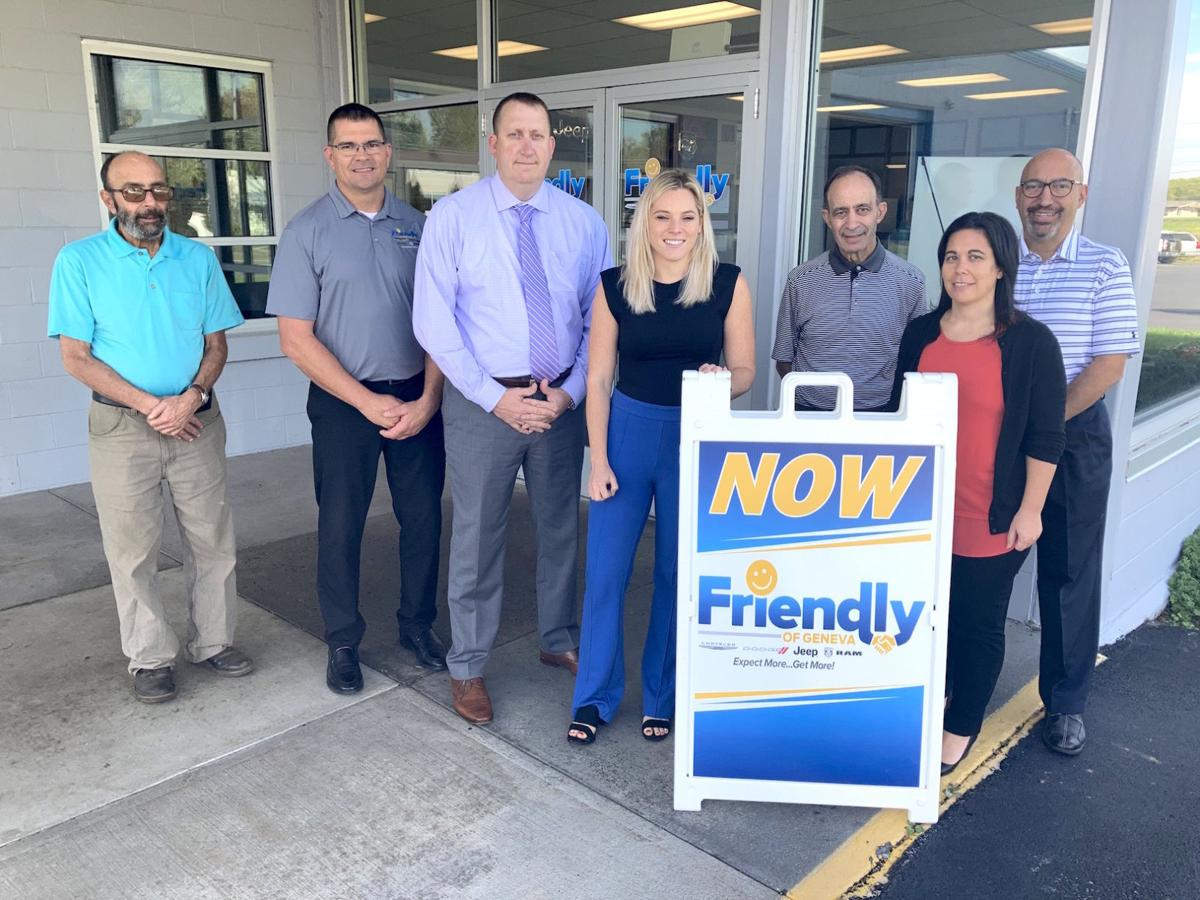 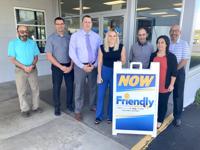 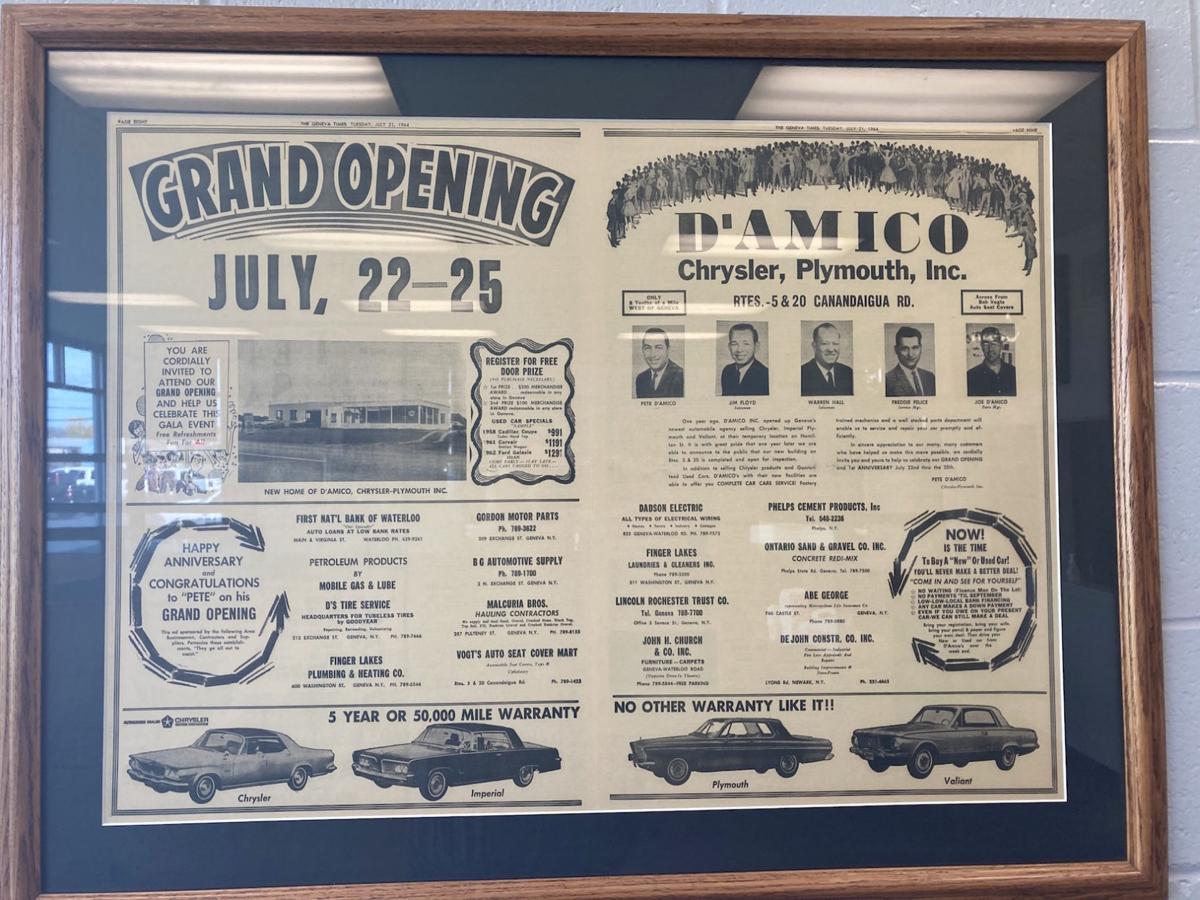 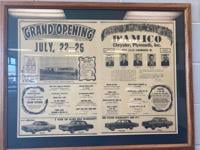 This 1963 ad from the Geneva Times announces the grand opening of the “new” D’Amico Chrysler, Plymouth on Routes 5&20 in Geneva.

This 1963 ad from the Geneva Times announces the grand opening of the “new” D’Amico Chrysler, Plymouth on Routes 5&20 in Geneva.

GENEVA — Peter D’Amico Jr. got his start in the car business in 1964, one year after his late father, Pete, and his uncle, John, opened a Chrysler, Plymouth dealership.

“We grew up in the car business,” he said. “My dad started selling cars in the early ’50s. He used to take me to work with him on the weekends. A lot of good memories.”

D’Amico is no longer working at the dealership his dad founded 57 years ago, a place where many family members earned a living. The general manager of D’Amico Chrysler Dodge Jeep Ram has retired, and the business has been sold to the Friendly Auto Group, a neighbor of D’Amico’s on Routes 5&20 for many years with Friendly Ford.

D’Amico said his brothers “were all in agreement” on the decision to sell the dealership to Friendly.

“It was time (to retire),” D’Amico said. “I want to spend more time with my family. I’ve got grandkids in Connecticut and a daughter in (Philadelphia) and a friend in Florida, where I want to play some golf this winter. I’ve been selling cars since 1974.”

The sale to Friendly Auto Group is a good fit, he said.

“I think it made sense for both entities,” D’Amico said, noting that his brothers, Patrick and Michael, are staying with the new dealership, while his daughter, Shelby, will remain during the transition. “It’s going to be a really good spot.”

“We just love their service to the community and legacy of customer service,” he said. “We’re picking up where D’Amico’s left off.”

The dealership — which started at a Sinclair gas station on Hamilton Street in 1963 before its move west a year later — is the fifth for the Friendly Auto Group, said Marketing Director Heather Uvanni. Their other dealerships are in Hamilton, Madison County, where they operate another Friendly Ford, as well as a third Chrysler Dodge Jeep Ram location.

She said her father, the late James Uvanni III, founded the dealership in 1997, with the name hatched while eating at a Friendly’s Restaurant many years ago in central New York with his brother, Paul.

This Geneva location has 15 employees and is projected to sell 900 new and used vehicles this year, said Uvanni, despite challenging times in the auto business, where vehicle inventories are limited due to a shortage of microchips that are integral to the operation of modern cars. McKee said they are working with Chrysler to bring more vehicles into the lot as they transition to new ownership.

Mike Webster, an eight-year employee of Friendly Auto Group, is the sales manager.

General Manager Brian Ryan is excited for the next chapter of this longtime dealership.

“We’re going to make this rock,” he said.