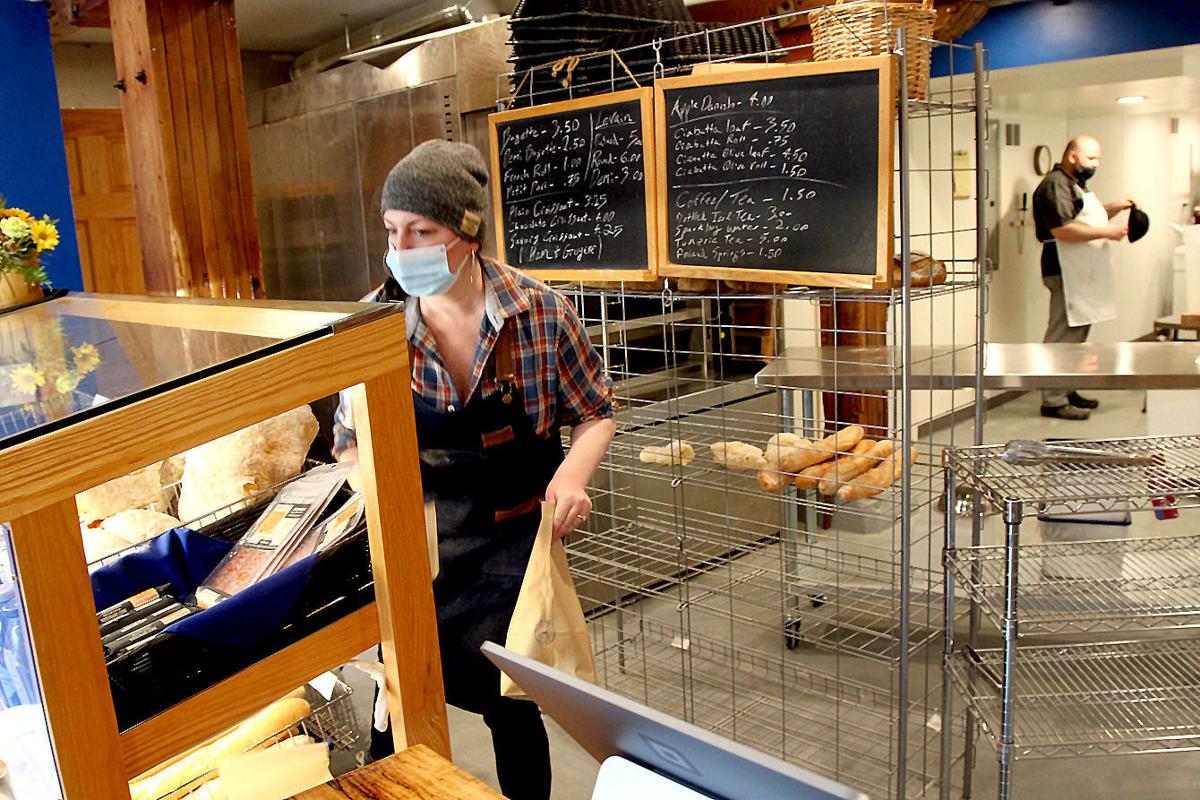 Catherine Graves and Todd Hatch are the co-owners of Blue Heron Bakery, which recently opened on Water Street in Penn Yan. 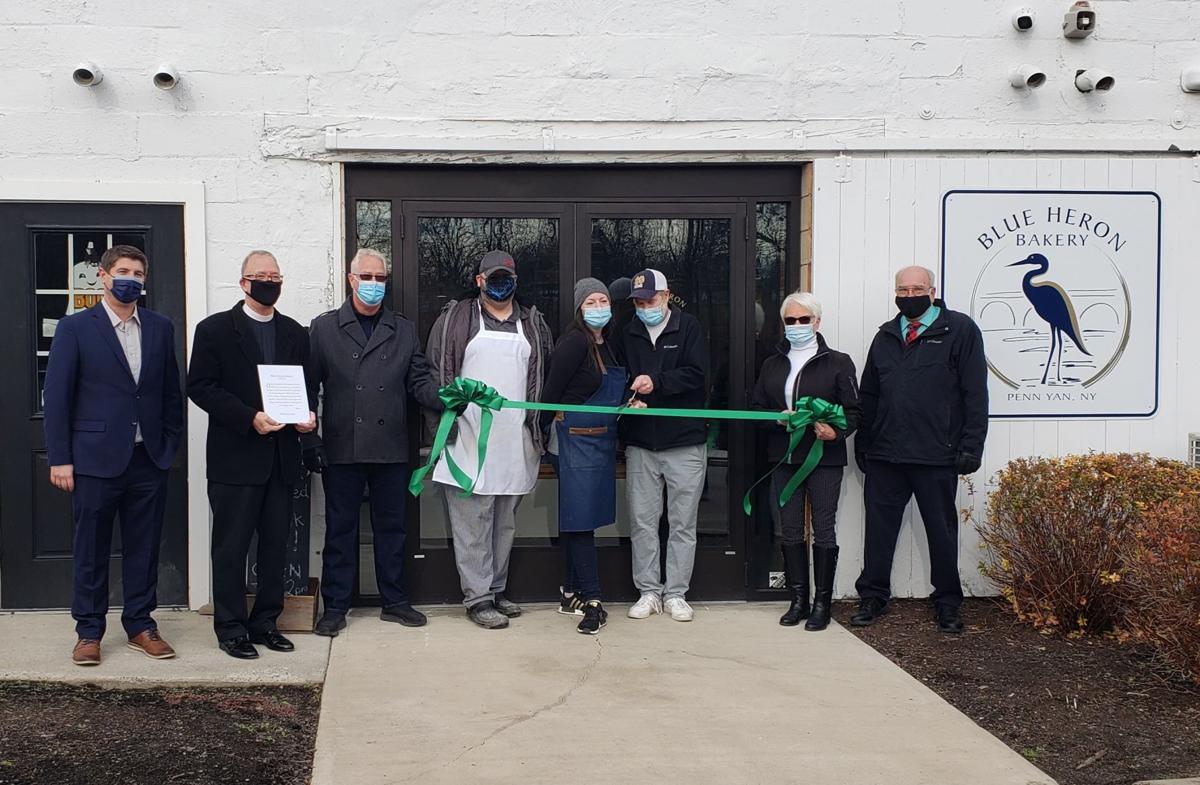 A ceremonial ribbon-cutting ceremony was held recently at Blue Heron Bakery in Penn Yan. The project was the first one completed in the village with state Downtown Revitalization Initiative funds. 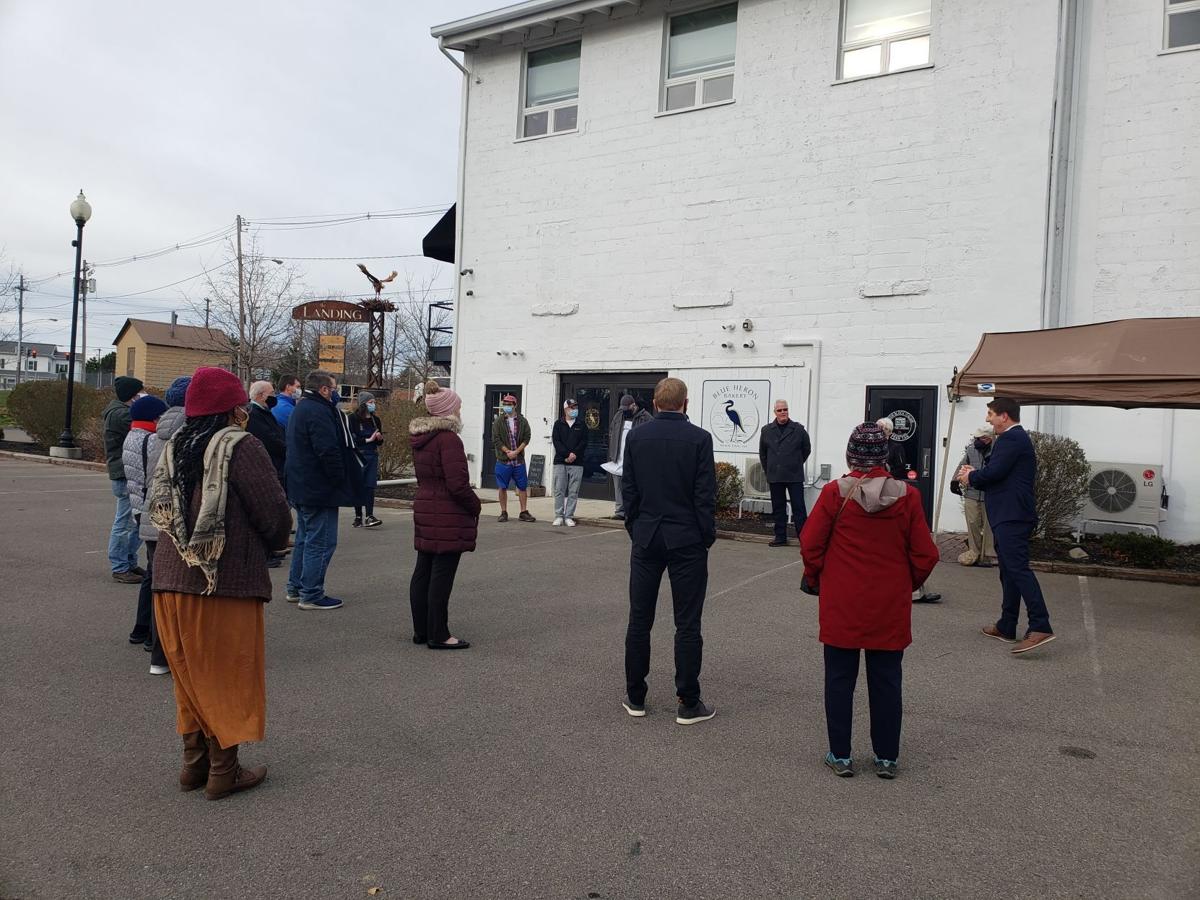 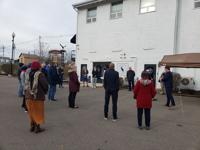 Catherine Graves and Todd Hatch are the co-owners of Blue Heron Bakery, which recently opened on Water Street in Penn Yan.

A ceremonial ribbon-cutting ceremony was held recently at Blue Heron Bakery in Penn Yan. The project was the first one completed in the village with state Downtown Revitalization Initiative funds.

PENN YAN — In the summer of 2019, Lt. Gov. Kathy Hochul was in town to discuss the projects receiving state Downtown Revitalization Initiative funds after the village was awarded $10 million.

A little more than a year later, the first of those projects is off and running.

Village officials and community members attended a recent ribbon-cutting ceremony for Blue Heron Bakery, which opened a few weeks ago on Water Street. It is owned by Catherine “Cat” Graves and Todd Hatch.

“In these times that can feel quite bleak, you remember what makes it a privilege to call yourself a New Yorker. We support each other. As many doors shut (due to COVID-19), we were able to open ours to a bread bakery and Penn Yan received us with open arms,” Graves said. “Due to the grant from the DRI and the inspiration of Sandy and Ray Spencer, here we are, not a month old, hiring new employees from the community. We are beyond grateful.”

The Spencers own the building and are the former owners of the Water Street Wine Bar, now owned by Mary Ann Lewandowski. Ray Spencer said the grant was for $63,500, and he needed to more than match that number to renovate the 1880s-eras building that was once a fruit packing warehouse along the Keuka Lake Outlet.

Spencer began working on the building six years ago for the wine bar at the street level with loft space above. He renovated about two-thirds of the basement level for LyonSmith Brewing, and that space is now occupied by Union Block Italian Bistro.

Spencer rehabbed the rest of the space for Blue Heron Bakery. Graves and Hatch are leasing the space and equipment for their artisan breads and more.

“The reception has been tremendous. They are open from 7 a.m. to 2 p.m., but they are selling out almost every day by 12:30 p.m.,” Spencer said. “They are a great addition to our community. I was proud to do this for the community and provide an opportunity for Todd and Cat. It’s a nice thing for the village.”

The bakery, bistro and wine bar, which is run by the Spencers, are in an area Ray Spencer has dubbed “The Landing.” He and Mike Lipari from the Finger Lakes Economic Development Center say it’s similar to Linden Street in Geneva, and includes a work by local metal artist Sam Castner.

“Todd and Catherine have been a pleasure to work with and have proven they will add another successful business to this community,” Lipari said. “The bakery strengthens the growing craft food and beverage industry by complimenting new and unique restaurants in addition to the numerous craft breweries, wineries and distilleries that have created a vibrant energy for Penn Yan and Yates County.”

Other DRI funds are going for work at the former Sampson Theater, Knapp Hotel and Struble’s Arcade. There also is money for village parks and trails, streetscape work and developing Maiden Lane into a pedestrian promenade near Laurentide Brewing Company — which opened earlier this year — and Laurentide Inn.

Other local DRI projects include work at Milly’s Pantry and the vacant Belknap building, both on Main Street, Birkett Landing on Water Street, and a farm-to-table restaurant on Elm Street.