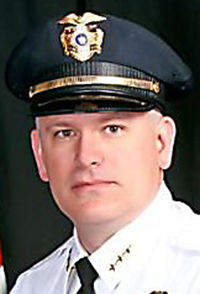 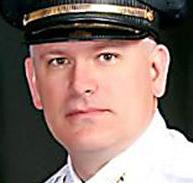 SENECA FALLS — Tasers have long been used by police to subdue belligerent or potentially dangerous people.

While they will continue to be used by the Seneca Falls Police Department, officers soon will have a less lethal option for those situations — the BolaWrap 100.

“It is imperative that we provide our officers with as much knowledge and tools to end a potentially volatile situation with as little force as possible,” Chief Stu Peenstra said last week. “When used in the appropriate situations, this new device ends interactions with non-compliant subjects without having to risk serious injury to the officer or subject.”

The handheld device discharges an eight-foot, bola-style Kevlar tether that wraps around a person — in the torso or legs — to restrain them. It can be used at a distance of 10-25 feet, where a Taser is only effective at 7-15 feet.

Peenstra said he learned of the device during a demonstration by the Finger Lakes Law Enforcement Academy at the Ontario County sheriff’s office. That included a product overview and slideshow.

Live use of the BolaWrap was later done on company representatives and police officers.

“This device is offered as a less injurious method of restraint than conducted energy device such as the Taser and other forms of control,” Peenstra said. “There is no pain for the subject, no marks, not even a band-aid afterward. It will allow us to move in and handcuff a person without any injury to the suspect or officer.”

Peenstra said one of his officers has become a certified trainer for the BolaWrap and will be training other SFPD officers on its use. He added that after an extensive review of a new department policy on the device and in-service training, certified officers will be able to use it in the next week or so.

There are more than 500 police agencies across the country using the BolaWrap, although Peenstra said he knows of no area police agency using it now. He added that less lethal uses of force are part of the executive order of Andrew Cuomo, the state’s former governor, after the death of George Floyd last year.

“The BolaWrap has its place, just as any other tool we carry. We are still using Tasers,” he said. “We are trying to apprehend people without causing an injury to that person or the officer. Anytime we can accomplish the same ending without pain, it’s a good thing.”