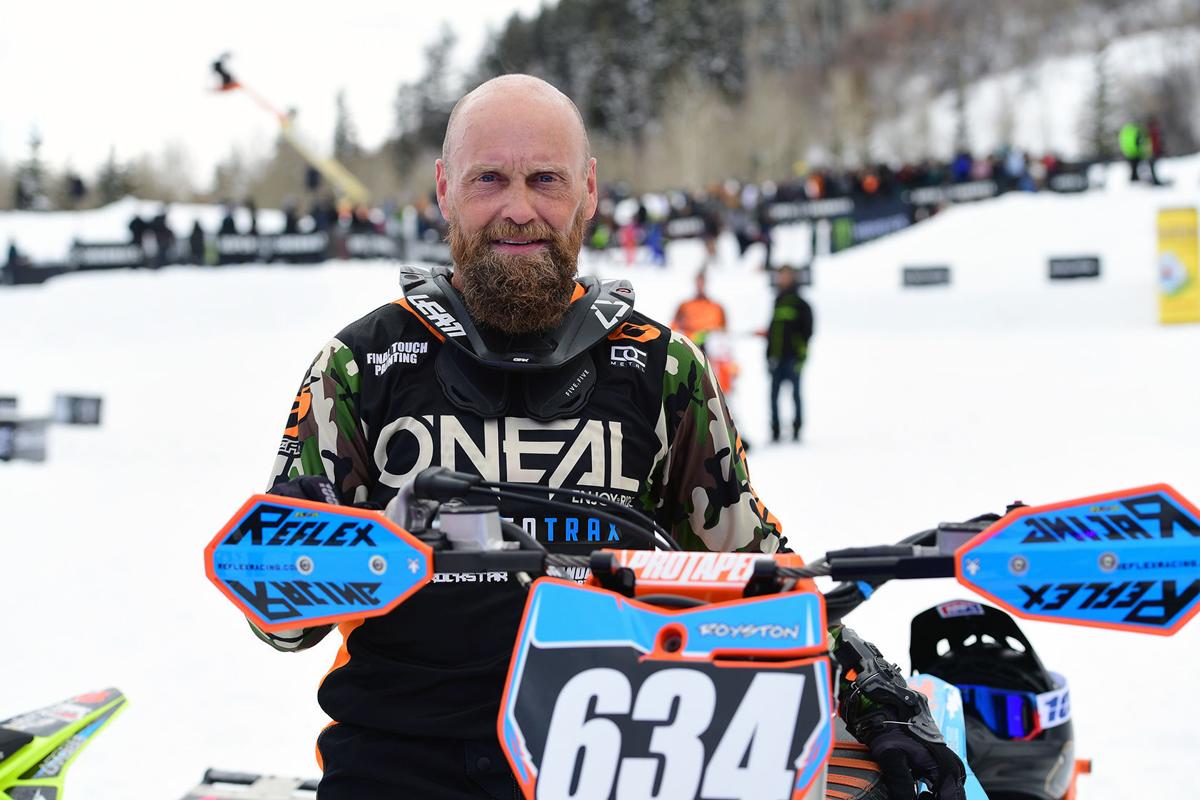 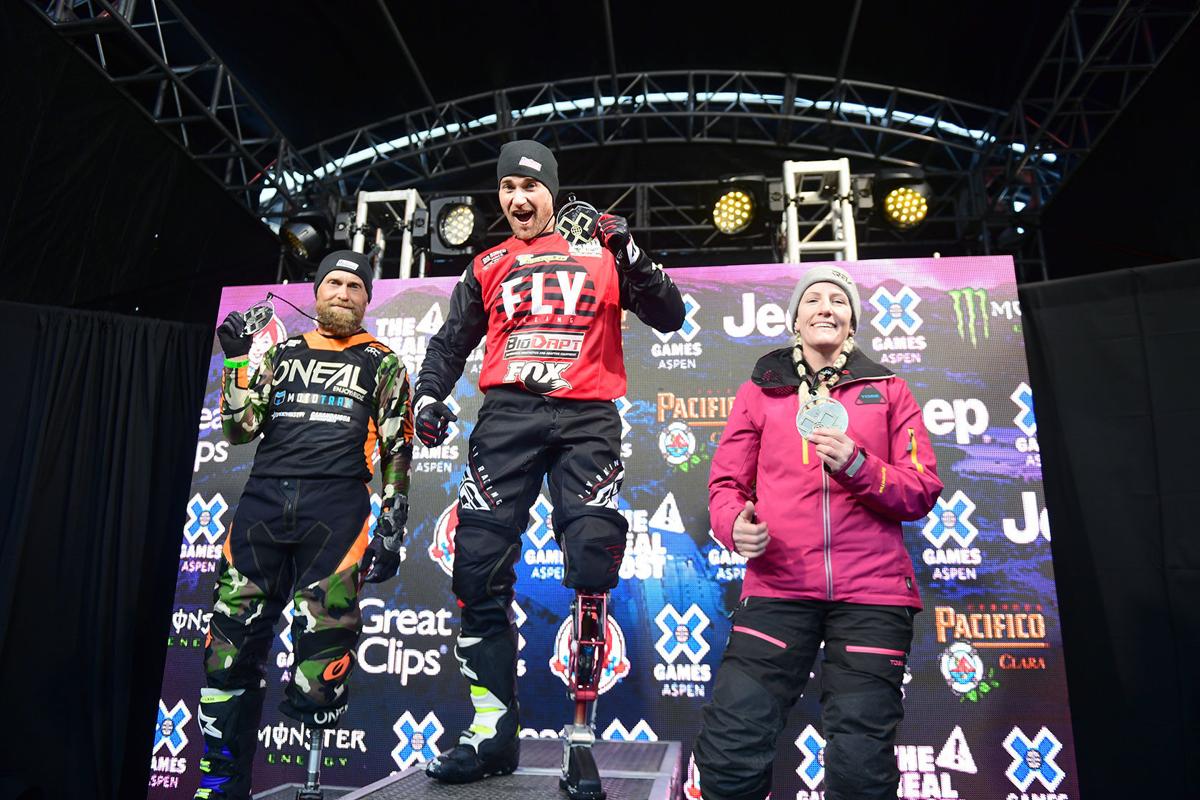 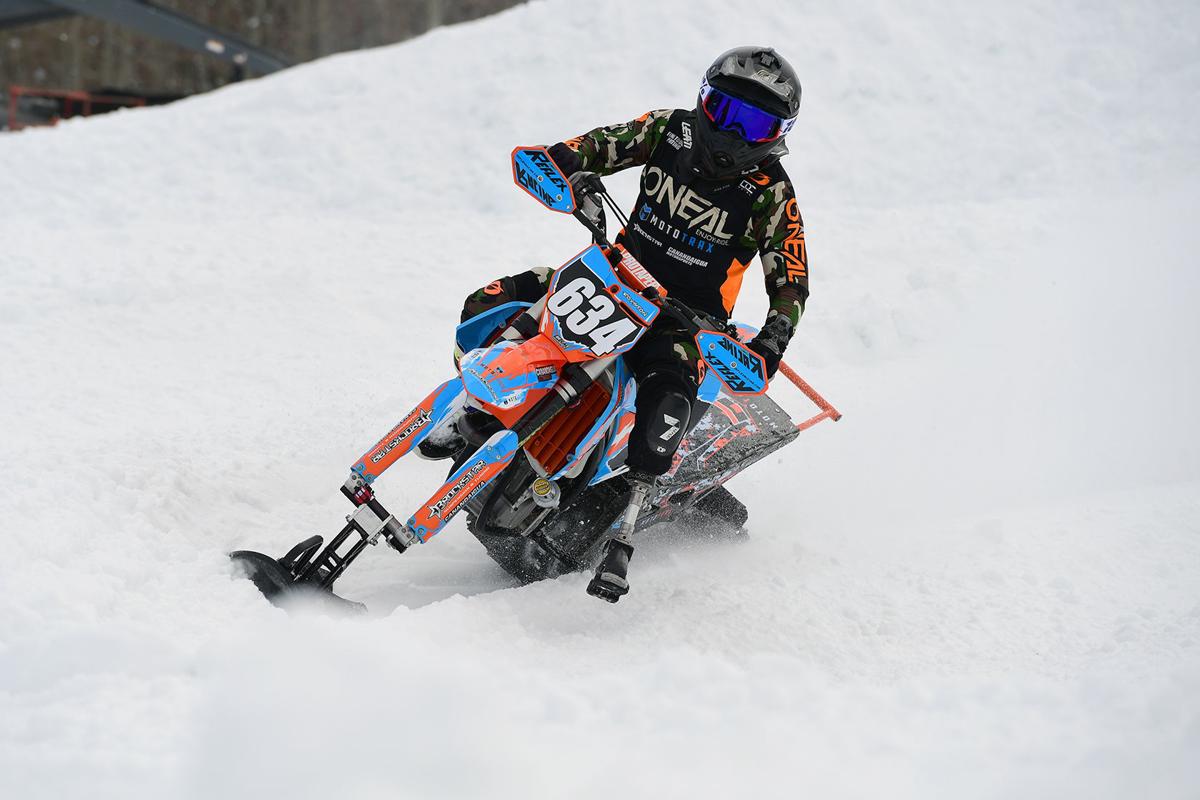 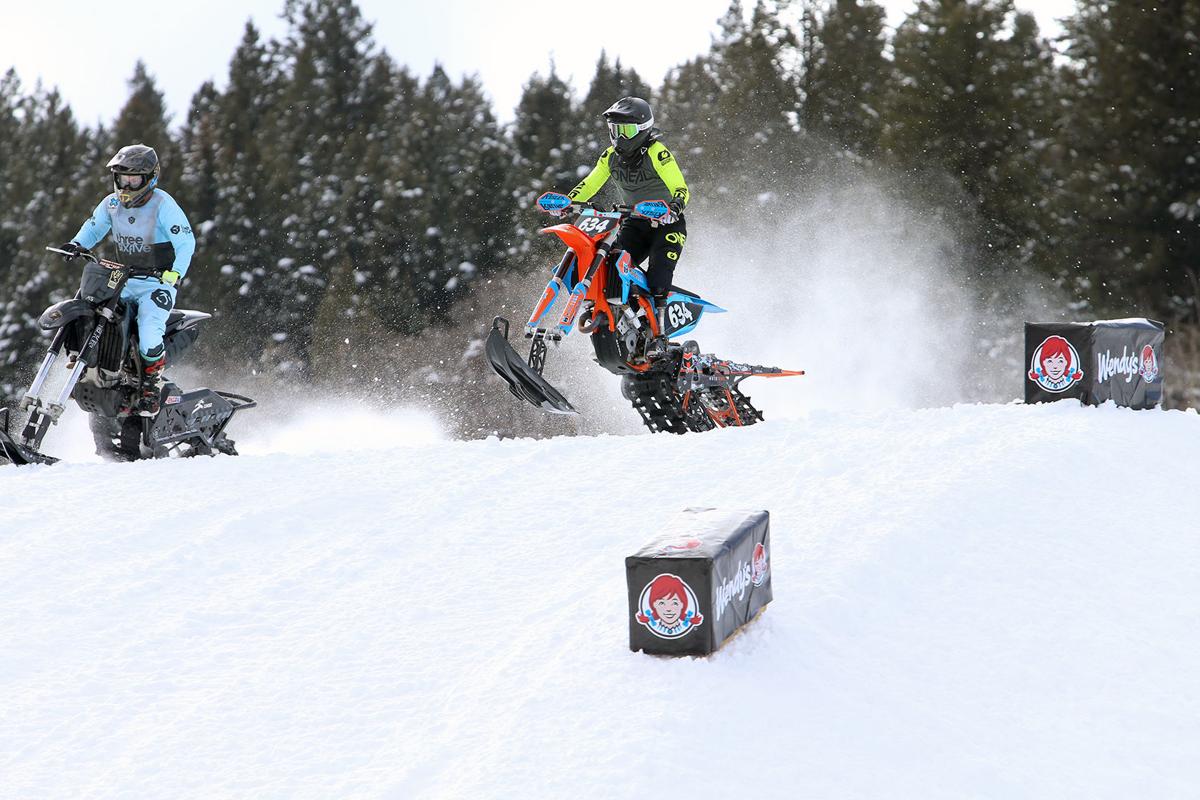 Kevin Royston makes a jump in the Adaptive Snow BikeCross event at the Winter X Games. 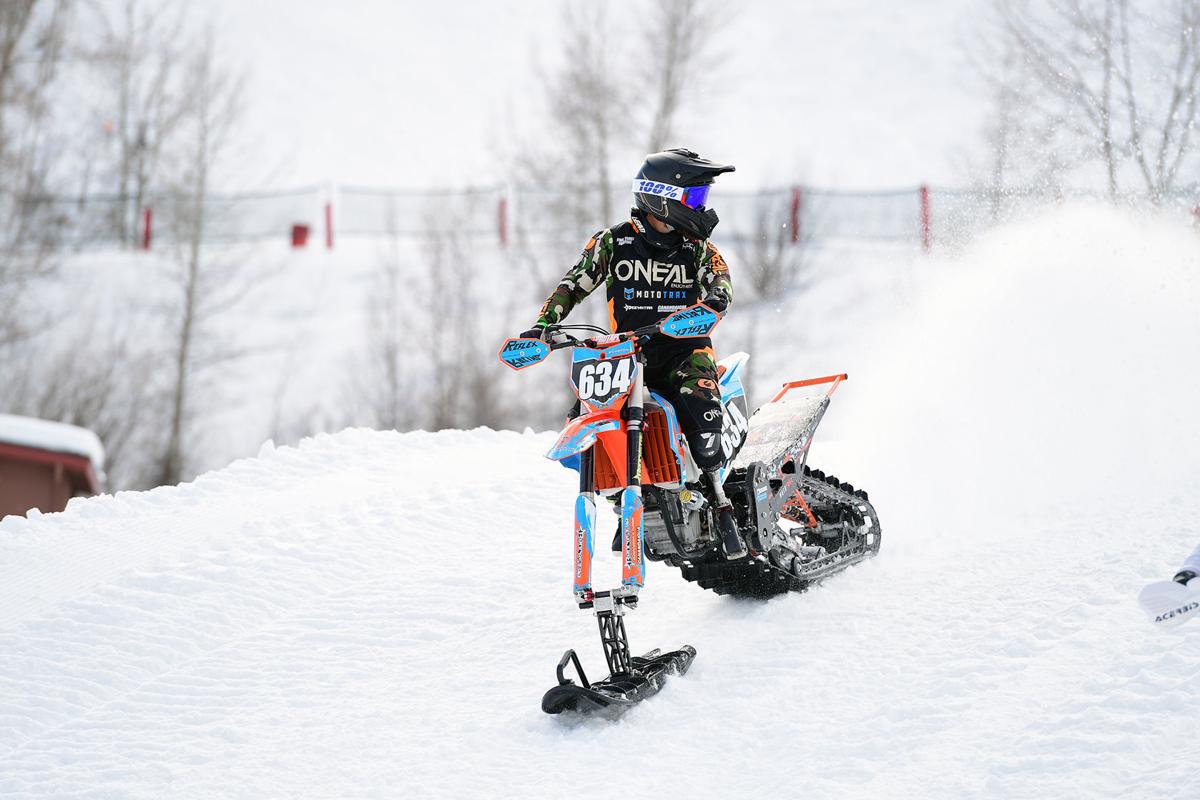 Kevin Royston looks behind him during an Adaptive Snow BikeCross race at the Winter X Games.

Kevin Royston makes a jump in the Adaptive Snow BikeCross event at the Winter X Games.

Kevin Royston looks behind him during an Adaptive Snow BikeCross race at the Winter X Games.

When Kevin Royston is asked how he became involved in the sport of Adaptive Snow BikeCross, the answer is simple.

“With a phone call and an email,” he said.

The call and email came from “Monster” Mike Schultz, a well-known Paralympic athlete who met Royston at an Adaptive Motocross race in Michigan. Schultz is also the inventor of a cutting-edge prosthesis used by himself, Royston and others in Adaptive Motocross and its winter equivalent, Adaptive Snow BikeCross.

“He is the only person that makes something like that for a certain activity level,” said Royston, a 1988 Midlakes High School graduate.

The two, who are now friendly rivals, finished 1-2 in the sport at the recent Winter X Games in Aspen, Colo. Schultz won his 10th straight gold medal in the event. Royston, who earned the bronze medal last year, took the silver medal this time.

“The sport is one big community,” Royston said from his home in Arizona. “There are not many amputees doing what we are doing. Everyone is willing to help each other out, like Mike did with me.”

A competitive bicyclist who was living in the Yates County town of Middlesex at the time, Royston was riding his bike in Gorham when he was hit by a car. The vehicle left the scene. The driver later went to prison.

After several surgeries, Royston’s leg was amputated below the knee. He and his family later moved to Utah, where he stumbled onto the adaptive sports scene.

“I do a lot of back-country riding. That’s where the fun is,” he said. “It’s just running with a bunch of guys.”

In essence, the machine used in Snow BikeCross is a dirt bike rigged like a snowmobile, with a front ski and motorized tread on the back.

“It was just a matter of getting the invite (to the Winter X Games), and once that happened trying to figure out everything and putting it together.”

Royston, a former auto body technician, is now a stay-at-home husband. His wife, Kim, is a traveling nurse. They have a 22-year-old daughter, Courtney.

Before losing part of his leg, Royston enjoyed mountain bike racing and motocross as well as long-distance bicycling.

“I am trying to take full advantage of what happened to me,” he said. “I am trying to make the best of it, but nothing is as good as the original equipment.”

Royston said he will likely compete at future Winter X Games, although he admits Schultz will be hard to beat.

“He was a pro snowcross racer before losing his leg,” Royston said. “I am pretty good at what I do, but I am not a professional. Everybody is chasing Mike. We’ve got to step up our game to catch him.”

Royston’s mother, Barbara Hadden, said her son was a stunt double — he rode a bicycle — in the movie “Lady in White,” much of which was filmed in Phelps. Hadden and Royston said someone involved in the film’s production saw Royston riding his bike near Midlakes and asked if he wanted to be in the movie.

“I guess this is my second claim to fame,” Royston said of his Winter X Games medal.