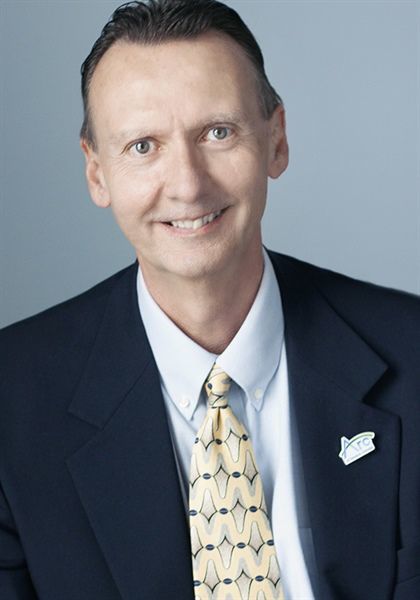 The Arc of Seneca Cayuga and Arc of Yates have been sharing an executive director since last year.

In just a few weeks, they also will share a new name and vision.

Both agencies announced Wednesday they will merge into one organization Jan. 1. It will be called Mozaic, which officials said exemplifies the diverse people and programs coming together into one strong community.

“This describes our future as one organization,” said Allen Connely, who will be chief executive officer of Mozaic. “We are excited to see the growth of our organization.”

Connely, CEO of Arc of Seneca Cayuga for nearly three years, took on the duties of CEO of Arc of Yates last year. He said discussions of a possible merger started several months ago.

“We wanted to work together, and instead of having the future thrust upon us we wanted to determine this on our own accord,” he said. “We believe we are bringing the best of both agencies and coming into this equally, even though Seneca Cayuga is larger. We are coming in as equals, not one taking over the other.”

The two groups are now independent, affiliated chapters of The Arc of the United States and The Arc of New York and are licensed, contracted service providers of the Office for People with Developmental Disabilities. Both agencies provide residential, daytime, employment, and social supports to people with Intellectual and Developmental Disabilities and their families.

Mary Pat Harris, a Cayuga County resident who chairs the Arc of Seneca Cayuga board of directors, will chair the Mozaic board. She believes the merger will allow the agency to expand the services and supports they provide throughout the Finger Lakes region.

“The Arc of Seneca Cayuga and the Arc of Yates have a common mission, and passion to advocate for families and people with IDD,” she said. “In creating Mozaic, the combined talents, personalities and gifts can only strengthen the supports that our families have come to expect.”

“We are now providing home care management services in Yates County, and will be expanding into Seneca County in the next week or so,” said Burke, who will keep her title with Mozaic. “We are eyeing future expansion in 2020 to other nearby counties, including the Southern Tier.”

Burke said children must be Medicaid eligible and have at least two chronic health conditions. The conditions could include mental health, substance and alcohol abuse, cardiovascular health, or high medical needs.

“Every person is assigned a care manager, and we work with the child and their family to make sure their health needs are being met and refer them for additional services or and support. It’s a new population we can serve,” she said. “The opportunities are endless. There are only two or three other Arcs in the state doing this now, and we jumped on this as soon as we heard about it.”

Mozaic will serve more than 2,000 people and their families in Seneca, Cayuga and Yates counties. The agency’s 2020 budget will be over $30 million, and it will employ more than 700 people.

Mozaic will continue operations at the current Arc of Yates site in Penn Yan and Seneca Cayuga site in Waterloo that includes Finger Lakes Textiles, a Department of Defense contractor with its Artic Gear commercial headware line.

Harris said the merger comes at a time when the state is pushing for nonprofit groups to combine.

“Both agencies are at a place where we are able to take this step on our own terms. We’re sister organizations who have worked together over the course of the last two years and this merger brings together more opportunities,” Harris said. “The integration of both organizations is set to take place over the course of the next year, but we would like to reaffirm that our customers, people we support as well as our community will continue to receive the same high-quality supports and services, they have come to expect.”

While the merger is official as of Jan. 1, Connely said the agencies have been unofficially operating as one for the last several weeks.

“We have sort of test drove this and it’s gone well,” he said. “We are going after this quickly, because as an organization you have to be agile and be able to pivot, because it’s difficult to forecast the future.”