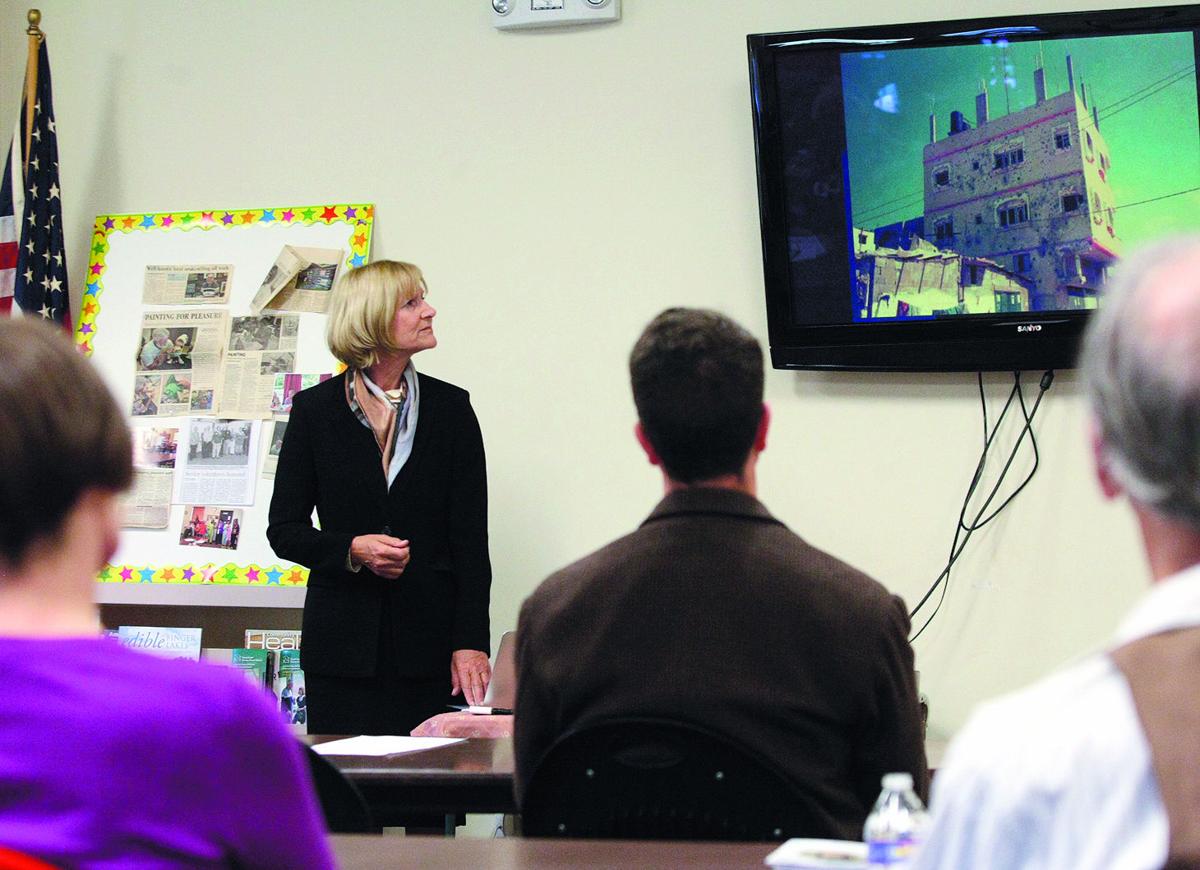 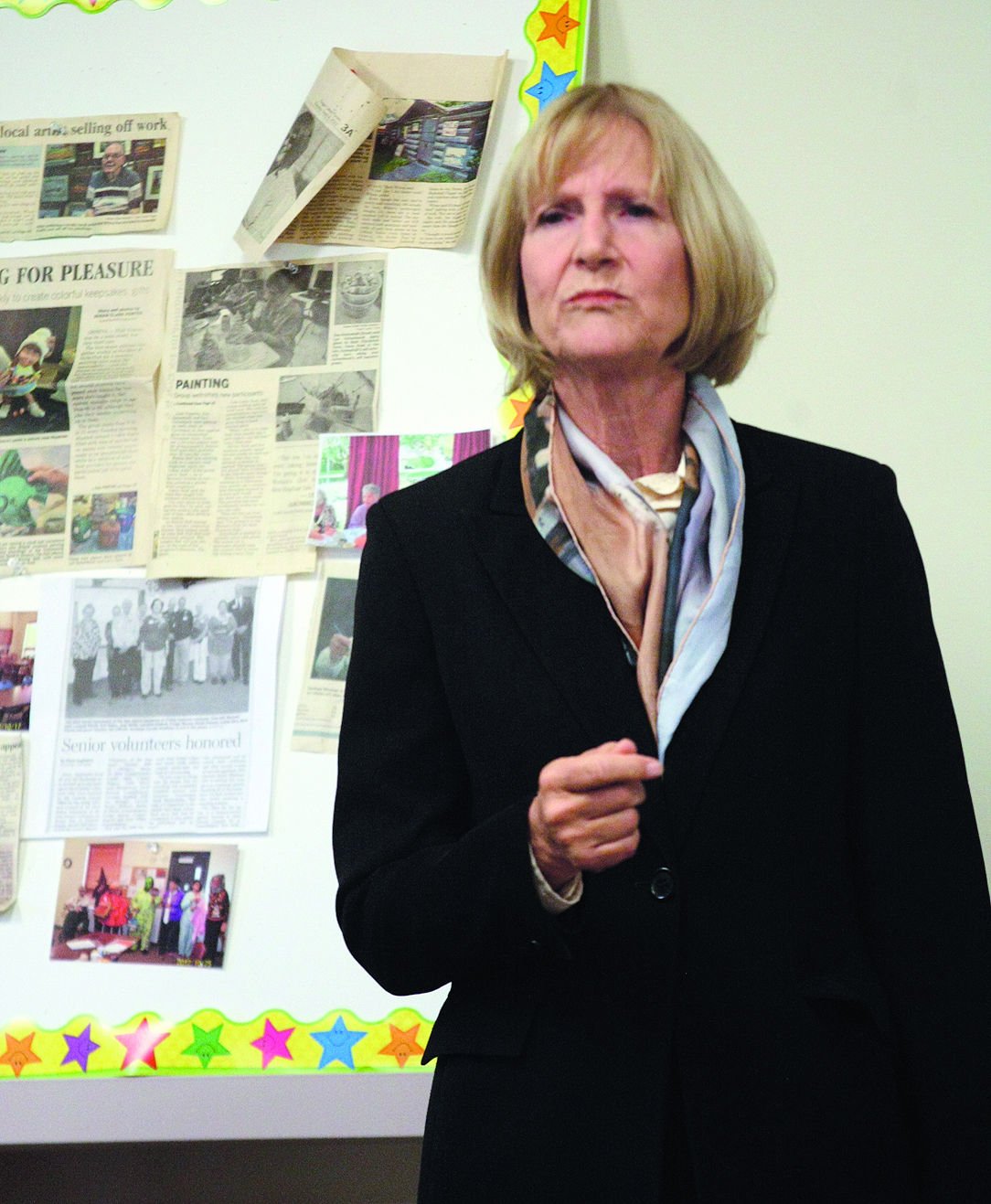 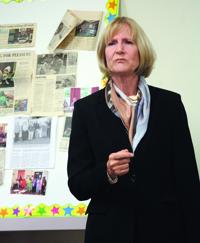 GENEVA — About 20 people sat in a room at the community center Wednesday night, their chairs arched around a television with “If Americans Knew” lighting up the monitor.

A woman who has devoted much of her professional career to understanding the complex relationship between the United States, Israel and the Palestinians was the center of attention.

Alison Weir, the executive director of If Americans Knew — it’s a nonprofit organization dedicated to disseminating “honest and accurate” information to the American public — was in town to promote her book, “Against Our Better Judgment: The Hidden History of How the U.S. Was Used to Create Israel.” An independent journalist, her presentation focused on what she called the “filtered” media coverage of the Palestinians and how U.S. tax money is being spent there.

Weir started by explaining her journey into the field of journalism and her vision for change.

She began as an editor at a small newspaper in Northern California — and realized she knew nothing about the American involvement in the Israeli-Palestinian conflict.

“To me it was distant, confusing and irrelevant,” Weir stated.

In 2000, Weir became more aware of what she perceived as one-sided coverage of the issue. Her interest grew to the point where she decided to leave her job the next year and travel alone to go see the Palestinian territory for herself.

During her time in the West Bank and Gaza, she met many families, hospital workers and teachers — Israelis and Palestinians alike. She says what she found was nothing like what the media was portraying.

Children were suffering. Homeless lived on the street. Gunfire was a way of life. Beautiful agriculture was being destroyed. Some farmers had no land left and nothing to feed their children.

Through writing and speaking on the topic, Weir came home determined to enlighten Americans on what really goes on in the Middle East.

She founded If Americans Knew. Since then, the organization has conducted seven in-depth statistical studies of U.S. media coverage of the Israeli-Palestinian conflict. The data, she says, has shown a dramatic bias toward Israel.

“We almost never hear about Palestinian children who are killed,” Weir said. “We don’t know their names. We don’t grieve with their parents. We’re not told about them.”

As an example, she used a story from a news organization that was titled “Period of Relative Calm.” Weir explained that during that time of “relative calm” 379 people were injured.

Weir travels all over the country in an effort to bring transparency to the Israeli-Palestinian issue. She has spoken on Capitol Hill and at several prestigious universities, along with appearing on C-SPAN. More recently, she accepted a position as president of the Council for the National Interest.

Her book was published in February 2014. She signed copies and answered questions following Wednesday’s presentation.

While Weir’s beliefs and anti-Israel stance have drawn plenty of criticism along the way, she says she believes exposing the truth is the best — and only — way to promoting peace and beginning the healing process.

The year’s hottest weather arrived over the weekend and was expected to last through the early part of this week. What is your favorite thing to do when the temperatures hit 90 degrees?