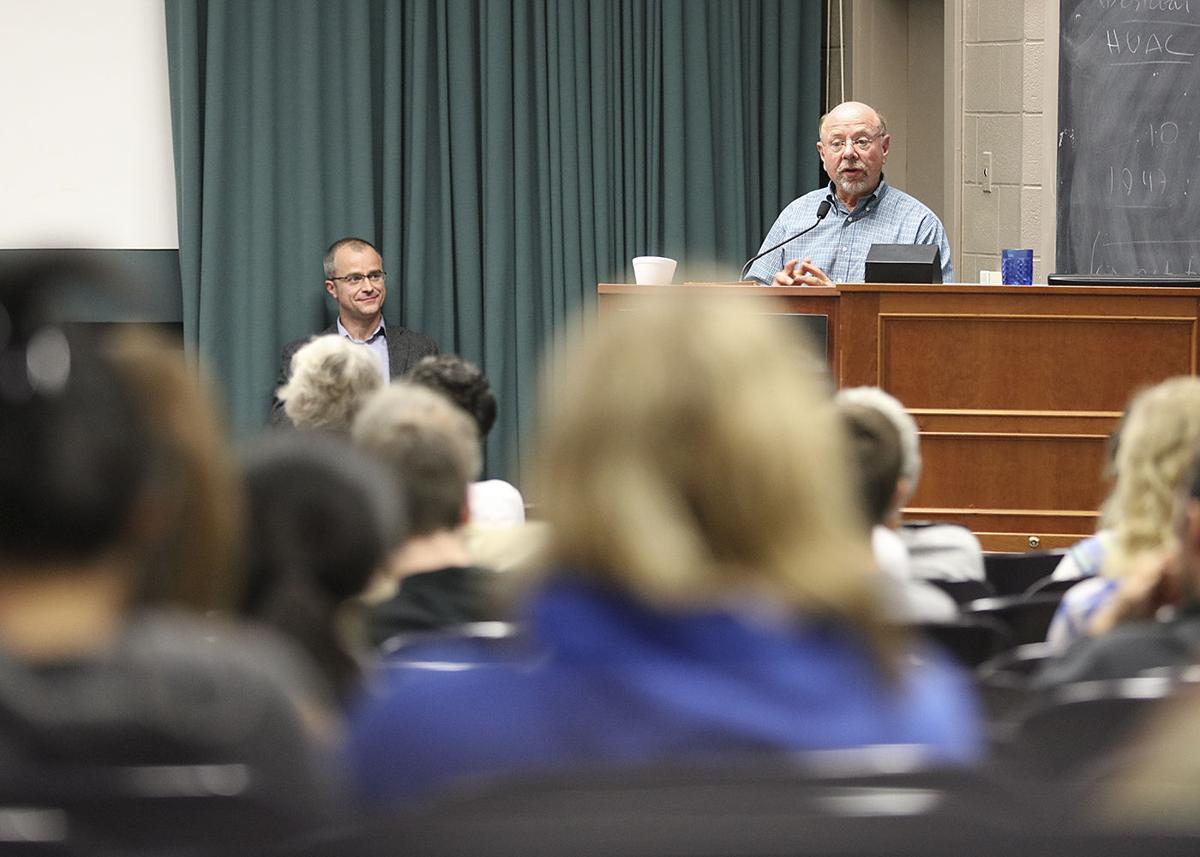 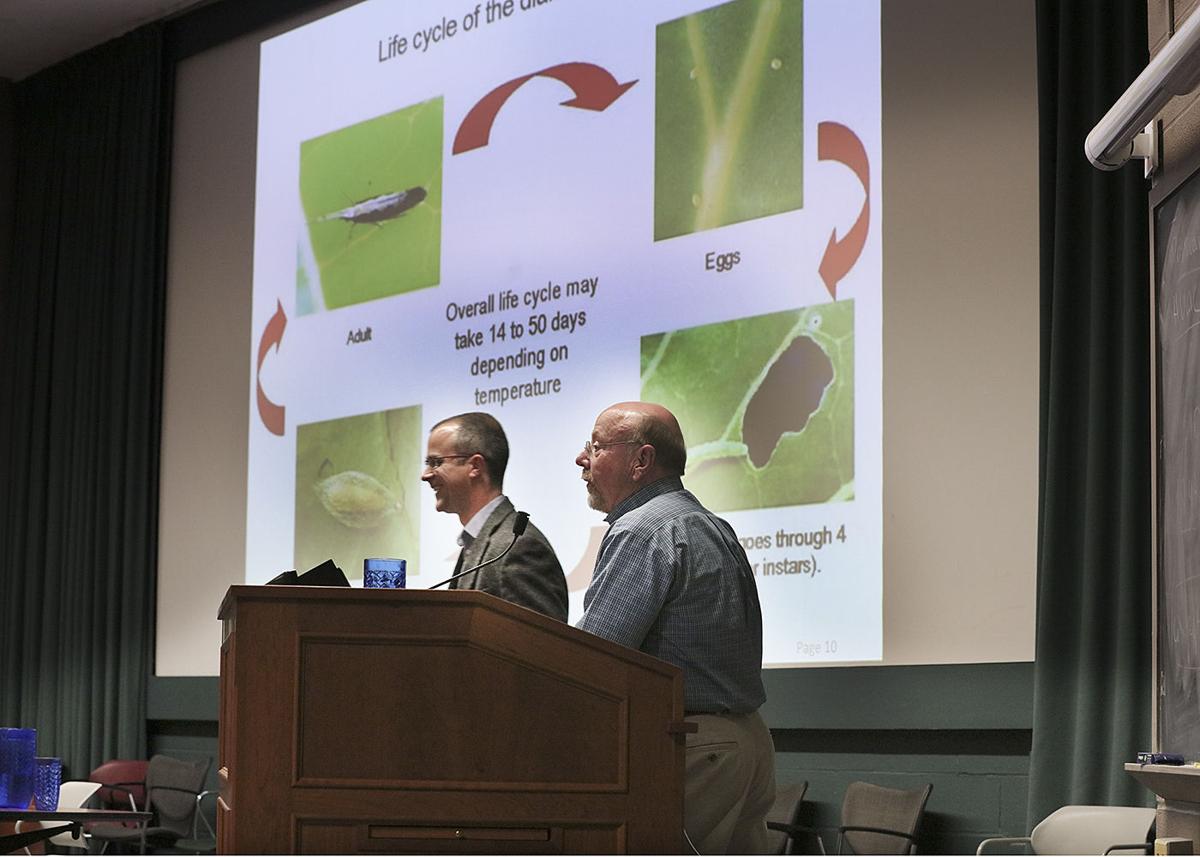 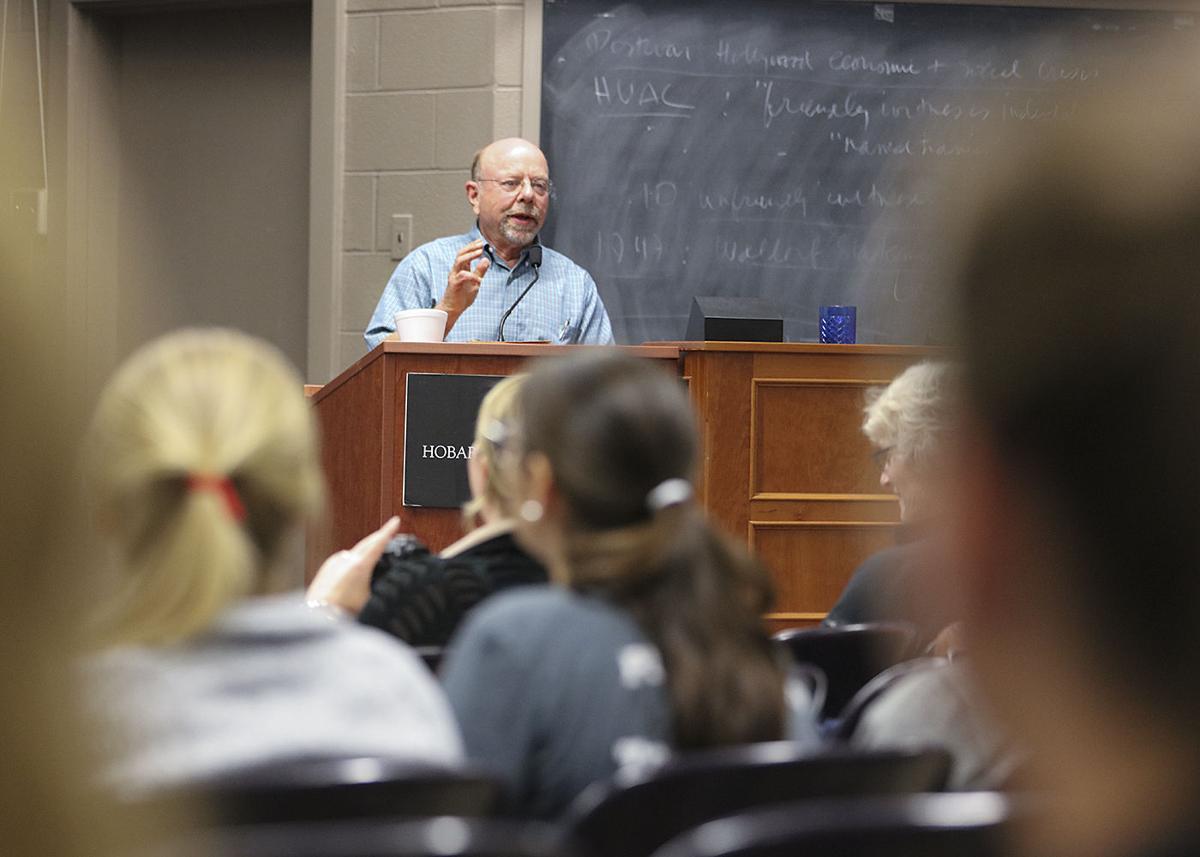 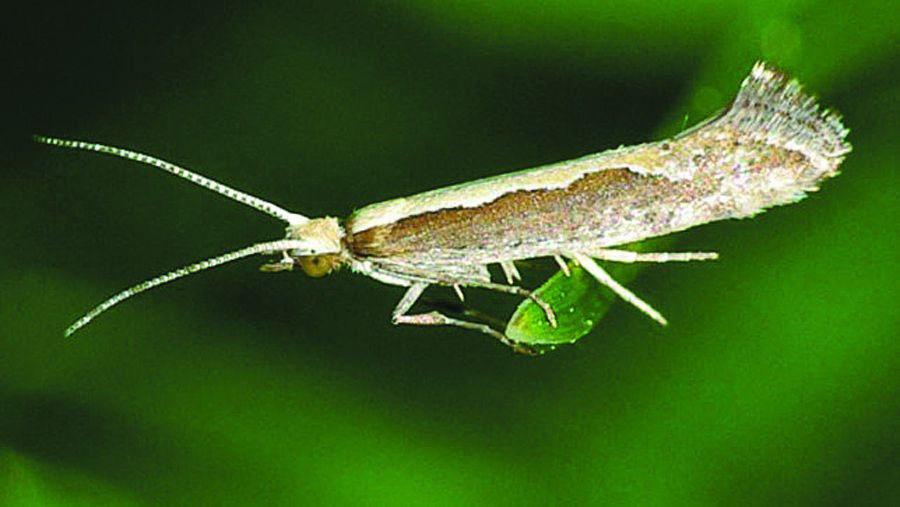 The same strategy did not work on male diamondback moths, which feast on crops worldwide. It costs

$4 billion to $5 billion annually to manage them through the use of potentially harmful insecticides.

“So, the idea was, OK, is there another way of creating the sterility?” Shelton said.

The answer, according to Neil Morrison of Oxitec Ltd., is yes — more or less. Morrison’s company genetically engineered diamondbacks to prevent their female offspring from surviving. While that would not prevent reproduction, it would limit the opportunity for male moths to mate if the engineered moths were released into farmland.

Shelton tested the engineered moths at the New York State Agricultural Experiment Station this summer. The results show what he described as a “crash” in the population.

“This really is a promising approach for controlling this pest,” Morrison said.

The tests caused controversy when they were first announced. Some farmers feared the release of the moths could cause them to lose their organic certification. However, only closed-cage, greenhouse-based trials were conducted.

On Wednesday, one audience member asked how the engineered moths could be limited to one field, preventing them from getting onto the property of a neighboring farmer who might not want them.

Morrison said that concern applies to many insect-control options, including insecticides. The spread of the engineered moths would be limited by how far they fly, he said.

“I might add that if an insect flies onto another field ... it won’t be able to propagate itself,” he said.

Shelton said the moths tend to stay in the same field as long as they have food there.

“Will it go around to another field?” he said. “USDA has looked at this and says that the adventitious presence of a genetically modified organism ... is not a cause for decertification of that organic farm.”

Other questions focused on the technical and ethical aspects of genetic engineering.

“We’ve been manipulating in agriculture for centuries just by doing our breeding,” Shelton said. “Technically, we’ve been involved in making things that wouldn’t necessarily happen in nature.

“[If] you want to talk about ethics, I think you have to talk basically about trying to feed the world in a more sustainable way. ... We need to control pests in a more effective way. I see this technology — again, if it really works well — it should have a place in the farmer’s toolbox.”

“It’s ... a healthy food source for people, but we’ve got this diamondback moth that just loves crucifers,” he said. “... It easily resists pesticides. Of all of the cases of insecticide resistance, the diamondback moth is the global leader in it.”

Meanwhile, they can reproduce at the rate of 20 generations a year. Most farmers respond with insecticides, which can contaminate soil and water, harm human health, hurt natural pollinators and other species, Shelton said. That approach costs money too.

“So, we’ve got to come up with another solution,” Shelton said. “How are we going to help farmers feed the world and protect the environment?”

That question led to ideas like sterilization — and, ultimately, to the genetically engineered moths being studied here.

Morrison said the engineered genes disappear quickly from the larger population because of their reproductive disadvantage. The engineered moths also carry a color marker that allows scientists to closely monitor their presence in the field, Morrison said.