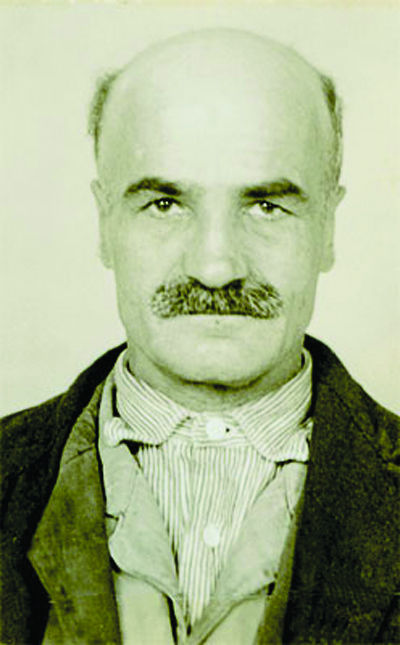 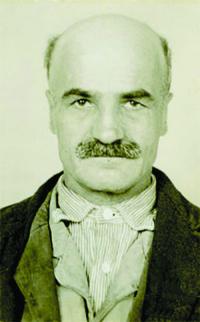 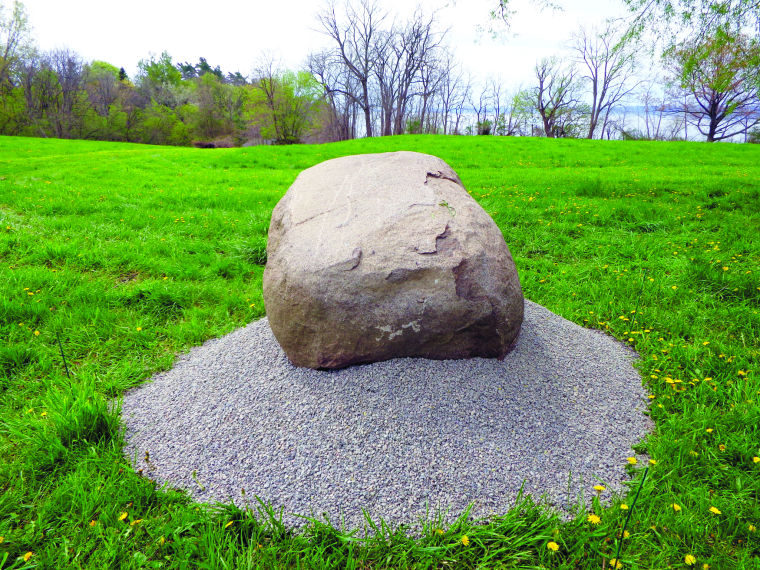 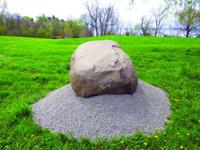 This memorial stone has been placed at Willard. The Willard Cemetery Memorial Project committee is seeking permission to place a plaque honoring longtime gravedigger Lawrence Mocha on the stone.

This memorial stone has been placed at Willard. The Willard Cemetery Memorial Project committee is seeking permission to place a plaque honoring longtime gravedigger Lawrence Mocha on the stone.

WILLARD — An effort to honor the man who dug roughly 1,500 unmarked graves on the grounds of the former Willard Psychiatric Center has hit a snag.

The Willard Cemetery Memorial Project committee had planned to dedicate a stone memorial and plaque today, the 136th birthday of gravedigger Lawrence Mocha. Birthday cake was to be served as well.

However, the state Office of Mental Health has refused to give the group permission to use Mocha’s name — or his dates of birth and death — on the plaque. OMH officials cite patient confidentiality regulations.

As a result, today’s ceremony has been postponed, but committee chair Colleen Spellecy said she isn’t giving up.

The committee will gather at Abigails Restaurant in Seneca Falls tonight to celebrate Mocha’s birthday — with cake. Spellecy said the group has done plenty of work preparing the site memorializing Mocha.

“We have cleaned out the brush under the tree at the top of the hill at the cemetery and replaced it with mulch,” said Spellecy, a Waterloo resident. “The memorial stone, donated anonymously by a professor at Bloomsburg University in Pennsylvania, has been placed in front of the tree, ready for the plaque that the state Office of Mental Health will not allow us to place on the stone.”

Understandably, Spellecy is disappointed the committee has to meet at someplace other than the cemetery, particularly since Mocha’s information is in the public domain, online, as Social Security documents.

“Our understanding is that if a document has not been generated by OMH, it should be able to be used,” Spellecy said.

Committee members were scheduled to meet with OMH Commissioner Ann Sullivan in May, but it was canceled. Spellecy said she hopes that meeting can be reset so a celebration of Mocha’s life can take place on the anniversary of his death, Oct. 26.

And, since Mocha was Catholic, Spellecy is seeking help from Diocese of Rochester Bishop Salvatore Matano.

The committee has mowed the 29-acre burial ground, uncovered the flat metal markers that identify the dead by number and installed six signs donated by Carol Crossed of Rochester. The signs designate sections of the cemetery by religious denomination, and one is a main cemetery sign.

The committee wants to honor the 5,775 patients who died at Willard and are now buried in unmarked, overgrown graves.

“The memorial stone would be within the footprint of Lawrence’s shack,” Spellecy said.

Lawrence Mocha was born June 23, 1878, in Austria. He emigrated to the United States in 1907, going through Ellis Island in New York City.

Mocha suffered from some mental issues and, after working as a porter and a window washer, was admitted to New York’s Bellevue Hospital in 1916. He was transferred to Willard Psychiatric Center in 1918 and stayed there until his death Oct. 26, 1968, at the age of 90.

He never married and has no known relatives.

Mocha hand-dug an estimated 1,500 graves for Willard patients who died at the facility, making that work part of his rehabilitation. He meticulously maintained the Willard cemetery and built a small shack on the grounds to stay in.

He is buried at Willard.