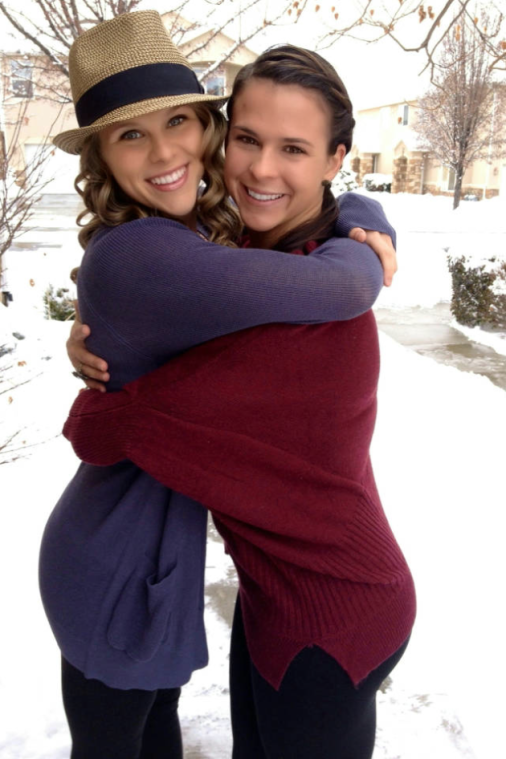 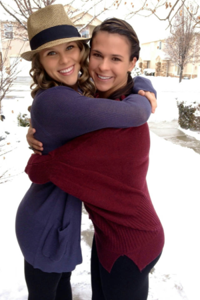 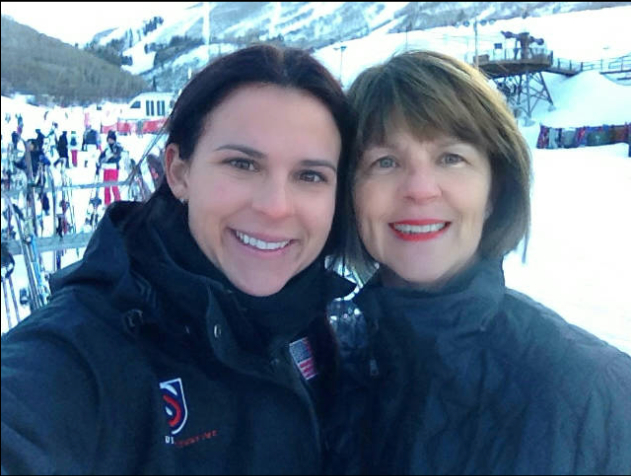 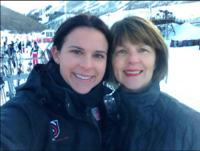 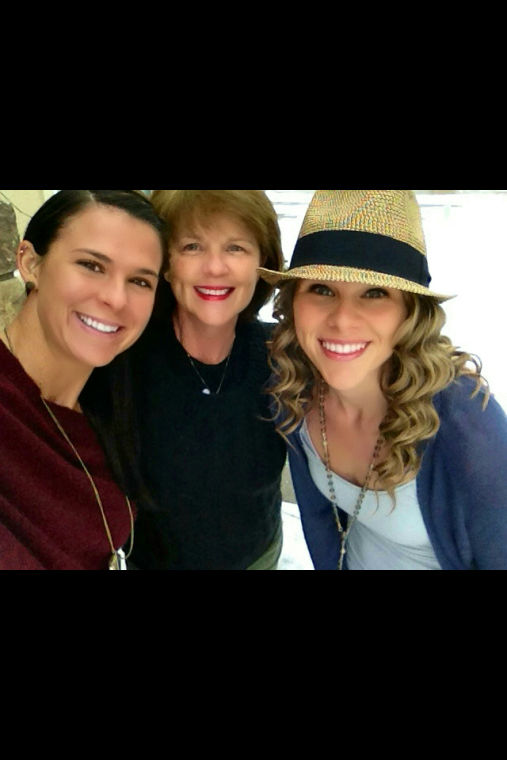 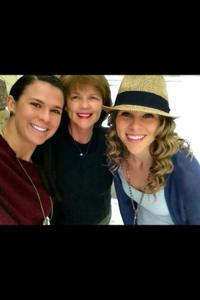 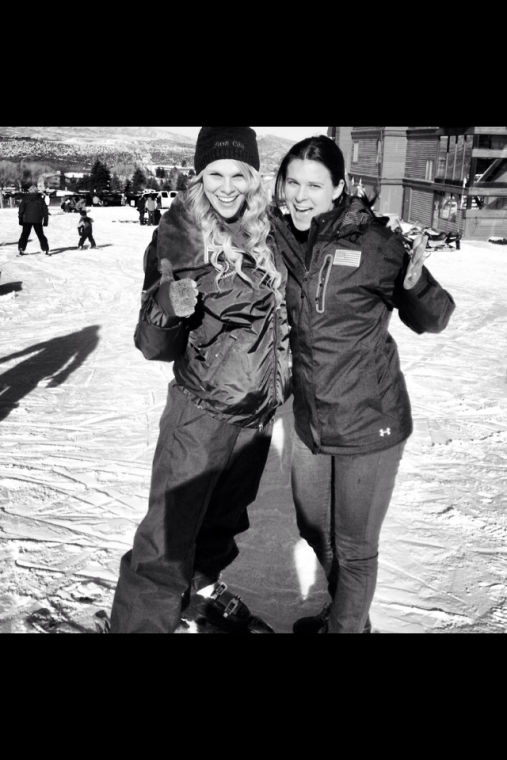 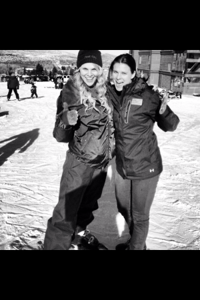 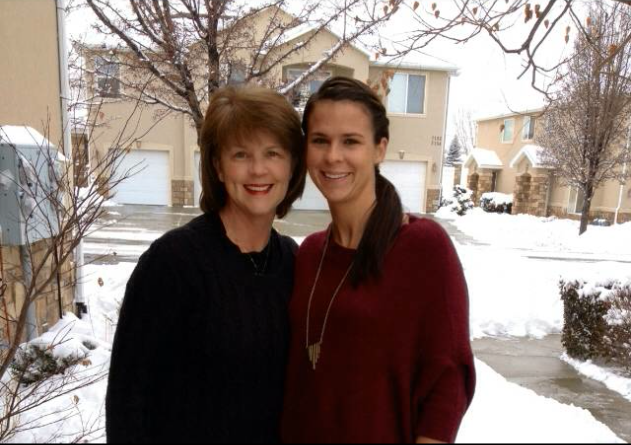 When the Olympic Games begin later this week in Sochi, Russia, a group of Finger Lakes residents will be cheering for an athlete with local ties.

“It’s emotional and exciting,” said Sally Jones, an account clerk for the village of Waterloo. “I’m sure we’ll be on the edge of our seats. It’s pretty neat to actually know somebody who’s competing in the Olympic Games.”

Since Brittany, 25, took silver in the U.S. Olympic Trials in Salt Lake City last month, she and teammate Heather Richardson have received plenty of press. Some sportscasters are even calling Brittany the Americans’ best shot at winning a medal in the women’s 1,500-meter long-track event.

However, Brittany’s local fan club existed years before she secured a spot on the Olympic team.

“People in Waterloo have watched Brittany grow up,” Debbie said. “They’ve been on the journey with her every step of the way.”

Debbie (Starr) Bowe, the daughter of the late Joe and Mabel Starr, attended St. Mary’s School through eighth grade. She graduated from Waterloo High School in 1976.

After college, she taught sixth-grade reading at Waterloo Middle School for a short time before accepting a job teaching eighth-grade English at Mynderse Academy in Seneca Falls.

After Debbie married Victor native Mike Bowe in 1984, the couple decided they wanted to live and work in a sunnier climate. They accepted jobs in Ocala, Fla.

However, neither lost touch with their roots, visiting friends and family in Victor and Waterloo as often as they could.

Those friends included Sally (Velte) Jones and Gina (Franceschi) Suffredini, who befriended Debbie in first grade at St. Mary’s and have remained close ever since. Even today, separated by more than 1,000 miles and three decades, the women stay in contact by phone, email and Facebook.

“It’s one of those sisterhood things,” says Gina, a Waterloo village trustee and teacher at Skoi-Yase Primary School. “We’re always there for each other.”

Debbie was the last of the trio to have a child. When Brittany Starr Bowe was born, Gina and Sally flew to Florida “to meet her and make sure my parenting skills met their standards,” Debbie said with a laugh.

Brittany was baptized at St. Mary’s Catholic Church in Waterloo, the church in which Debbie was raised. And as she grew older, Brittany loved traveling to Waterloo with her family to visit her grandparents, “Meme” and “Jojo,” in Waterloo. Whether it was walking with Jojo to Connie’s Diner, or eating ice-cream cones at the Tastee-Freez, Waterloo was a place where Brittany forged some special memories.

“It was such a loving, caring home — and, of course, Brittany was the center of their lives,” remembered Debbie of those visits. “Even now, when there’s a comforting, pleasant place or fragrance, Brittany will say, ‘This reminds me of Meme and Jojo.’”

The Starrs returned the favor, traveling to Florida every winter to spend several months with the Bowes. Meme continued the tradition even after Jojo passed away. During one memorable visit, she spent a week at Brittany’s college apartment, going out with the basketball team for a game and being treated to strawberry shortcake ice cream.

Through it all, Meme’s friends and neighbors had a front seat to watch Brittany and her little sister, Brooke, pursue their dreams.

Not being “tech savvy,” Meme would have friends bring their laptops over to show her photos of the girls that came through email.

Brittany’s first step on the road to the Winter Olympics began at age 8, when she was invited to a friend’s birthday party at Skate Mania. A local inline speedskating coach noticed how fast Brittany was skating, and invited Brittany and Debbie to attend a practice. They did ... and, as Debbie recalls, her daughter “immediately became hooked.”

Soon, the Bowes were traveling to competitions. As a young girl, Brittany tried many different sports; as she entered middle school, though, she focused her energies on those she loved best — basketball and inline skating.

She also honed her skills.

It was a wonderful experience, recalled Debbie, who traveled to national and international competitions with her daughter.

“She saw the world, and I had the opportunity to see the world with her,” mom said.

Brittany faced her first crossroads when she graduated from Ocala’s Trinity Catholic High School in 2006. She had been invited to join the Wheels to Ice program in Salt Lake City, and work toward the 2010 Olympics; she also had been offered a full scholarship to Florida Atlantic University, where she was invited to play NCAA Division I basketball.

Following her parents’ encouragement to make her schooling a priority, Brittany opted to pursue a college degree.

In 2008, Brittany “hung up her skates” to focus on her studies and college basketball, eventually becoming one of nine players in FAU history to reach 1,000 career points.

She seriously considered a career playing professional basketball in Europe after graduation. She also entertained a return to her skates, although inline skating itself held no new challenges for her — she already was a world champion, and inline skating isn’t an Olympic sport.

“If she wanted to reach a new pinnacle, it had to be on the ice,” Debbie recalled.

In February 2010, as she watched the Olympic Games in Vancouver, Brittany recognized several fellow competitors from her inline skating days, most notably Richardson, the reigning U.S. champion of women’s speedskating.

As Brittany watched Richardson compete, she knew that was where she wanted to be.

“I’m going to transition from the wheel to the ice, and I’m going to be in the 2014 Olympics,” Brittany said to her mom at the time.

Still, Brittany was concerned that pursuing an Olympic dream would be too costly to her “very middle-class” family, especially after her parents separated, putting an additional strain on finances.

As a professional basketball player, Brittany would earn a salary. As an Olympic hopeful, she would need to rely on family and other supporters to cover the costs of training and travel.

Mike and Debbie made it clear they didn’t want money to be the determining factor.

They did — with a big hand from the Ocala community, which hosted several large fundraising events to send Brittany to Salt Lake City to join the “Wheels to Ice” training program.

In July 2010, Brittany touched ice for the first time. While she had the advantages of an elite inline racing experience and stamina, she had plenty to learn about technique and racing style.

In typical fashion, Brittany embraced the challenge and excelled.

Judie Byndas, who coached Debbie in cheerleading at Waterloo, was riveted to coverage of the U.S. Olympic Trials.

“It was incredible to think [Brittany] stepped on the ice only three years ago,” Judie exclaimed.

Then again, Byndas added, perhaps it’s not such a big surprise that Debbie’s daughters have inherited her boundless energy and commitment.

In high school, Judie recalled, Debbie was an “amazing” cheerleader and a drum major who brought home many twirling awards. At SUNY Cortland, Debbie was a runner-up to Vanessa Williams in the Miss Syracuse pageant. Today, she’s Dean of Education at the College of Central Florida in Ocala.

Brooke Bowe is pursuing her own dream of being a dancer. She’s currently taking online courses at CCF, performing on stage and on film, and teaching at Atlanta’s Dance 411 Studios.

Debbie has always supported Brittany and Brooke’s dreams of conquering the ice and the stage — with the caveat that success is measured by doing the work and achieving your personal best, rather than by the number of gold medals that are brought home from the competition.

Beginning Feb. 11, Brittany will compete in four Olympic speedskating events: the 500, 1,000, 1,500 and team relay. Debbie, Mike and Brooke Bowe will be in Russia watching.

Brooke, in particular, probably will be on the edge of her seat, Debbie said — just as Brittany is whenever she sees her little sister on stage.

“Brittany and Brooke are both nervous wrecks when they’re watching each other perform,” chuckled Debbie, adding that what brings them through each event is prayer. “We only ever pray for safety, good health and personal best. I think that’s helped both girls to enjoy their journey and not to feel pressure that they need to succeed.”

Debbie asks supporters watching from home to keep Brittany in their prayers in a similar way.

In Waterloo, it’s a safe bet there will be a strong showing of the red, white and blue “BOWElieve” T-shirts Brittany’s supporters have purchased to help fund her trip to Sochi.

As the Olympic Games draw closer, local “BOWElievers” are feeling a mix of excitement, pride, joy ... even tears. Debbie’s sister, Jody, and their parents have passed away, so they can’t join in the celebration as Brittany achieves her Olympic dream.

However, Meme is there in spirit, Suffredini believes. Brittany always wears a golden crucifix necklace Meme gave her — in a video taken during the Olympic Trials, when the camera zoomed in on Brittany after she made the cut, the cross caught the light and sent a little golden blaze.

“Competing in Sochi is a dream come true; it’s the biggest stage an athlete can compete on. My journey on the road to Sochi has been one of the most memorable moments of my life, and being able to share it with everyone is an honor. The amount of support and love I have received along the way is humbling and, without each and every person, I wouldn’t be less than two weeks away from making my dream a reality.”