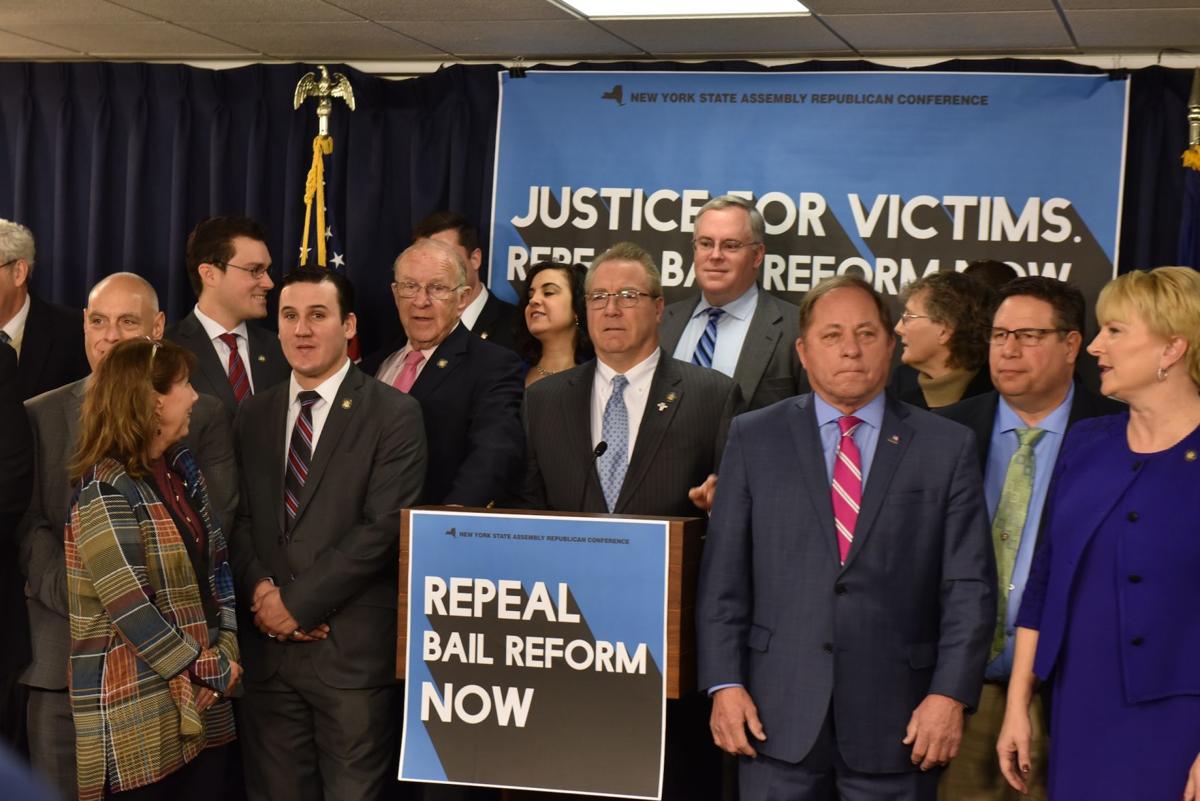 Assemblyman Brian Manktelow, second from right, joined Assembly Republican colleagues for a press conference Wednesday, where the conference called for repeal of the state’s bail-reform laws. 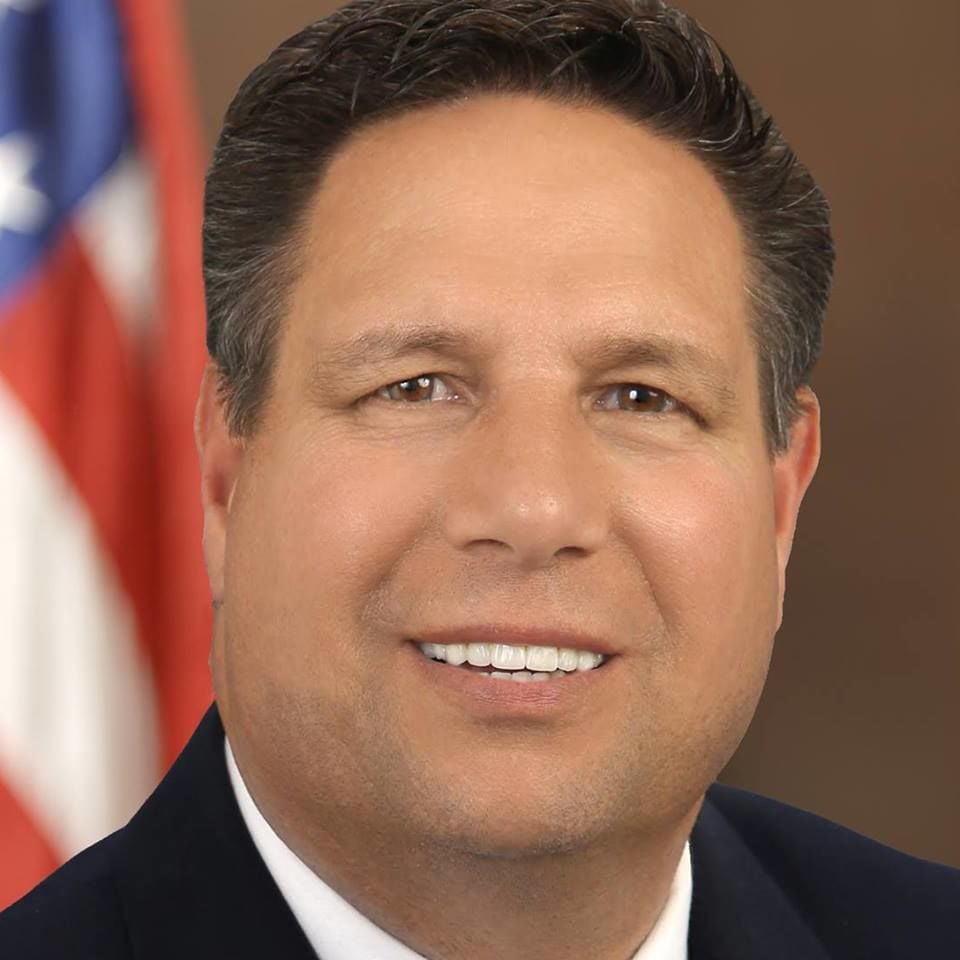 ALBANY — Assembly Republicans are keeping up the heat in their criticism of criminal justice reforms enacted in the state Legislature last year that they say are putting the public at risk.

At a press conference Thursday, Assembly Minority Leader Will Barclay of Pulaski and his fellow conference Republicans — including local assemblymen Brian Manktelow and Phil Palmesno — called for an immediate repeal of the reforms.

The law, which went into place at the beginning of the year, eliminated cash bail and pretrial detention for a wide majority of low-level cases and nonviolent felonies. It also allows courts to release a person under certain conditions, such as a travel or firearm restriction. Bail reform supporters argue the changes help prevent poor people from languishing in jail for low-level crimes.

The Republican lawmakers were joined by families impacted by the new bail reform laws, as well as members of law enforcement, including several district attorneys.

Assembly Republicans said in a news release that the reforms were “painted as a way to improve bail procedures for low-level, non-violent offenders. In reality, they have literally turned into a get-out-of-jail free card for dangerous individuals. For months prior to the implementation, law-enforcement professionals, judges, district attorneys and members of the Assembly minority warned state officials of the enormous challenges, unintended consequences and public safety threats.”

Attending the press conference was Sheila Harris, cousin of Maria “Rosie” Osai, a 35-year-old mother of three who was struck and killed by an unlicensed, hit-and-run driver in Rockland County on Christmas Eve. The driver was immediately released without bail, pursuant to the new law. Also at the event was Jennifer Payne, the mother of 22-year-old Sarah Tombs, who was shot and killed in April by her live-in boyfriend in Syracuse. The shooter, claiming it was accidental, was charged with reckless manslaughter and released last week under the new law.

Among those speaking out against the reforms was Manktlow, R-130 of Lyons, whose district includes Wayne County.

“Barely two weeks into the new year and we have already released hundreds of dangerous criminals back into society,” said Manktelow. “This includes confessed killers, domestic abusers who went straight back to terrorizing their victims, those threatening to shoot up a middle school and much more. Currently, the governor, New York City mayor, the Assembly Republicans, the entire Senate, law enforcement officials and law-abiding citizens are calling for something to be done. The only thing holding us back is the Assembly Democrats. They need to wake up and realize the gravity of their mistakes before it is too late.”

As to Manktelow’s reference to Cuomo expressing concerns with the reforms, the governor acknowledged there were issues with the law in an interview with CBS New York.

“There’s no doubt this is still a work in progress, and there are other changes that have to be made,” Cuomo told the news outlet.

Assemblyman Phil Palmesano, R-132 of Corning, was even more scathing in his criticism of the legislation.

“Not a single day passes by without yet another tragic story of a dangerous individual being released to the public, including serial, repeat offenders,” he said. “Make no mistake about it: This is the most pressing issue facing our state today, because we are talking about the public safety of every citizen in our state — upstate, downstate, everywhere.”

Assemblyman Brian Kolb, R-131 of Victor, did not issue any statements related to the Thursday event.

State Assembly Speaker Carl Heastie, a Democrat, said last week that patience is needed with the newly implemented bail law, which has received increasing scrutiny over its rules that allow New York courts to release people who would have remained in jail under the old rules.

Meanwhile, his counterpart in the state Senate, Majority Leader Andrea Stewart-Cousins, said Democrats are monitoring to see if any “tweaks” are needed to the bail reform law. But she asserted Democrats don’t want to criminalize poverty or continue with a broken system.

The Associated Press contributed information to this story.