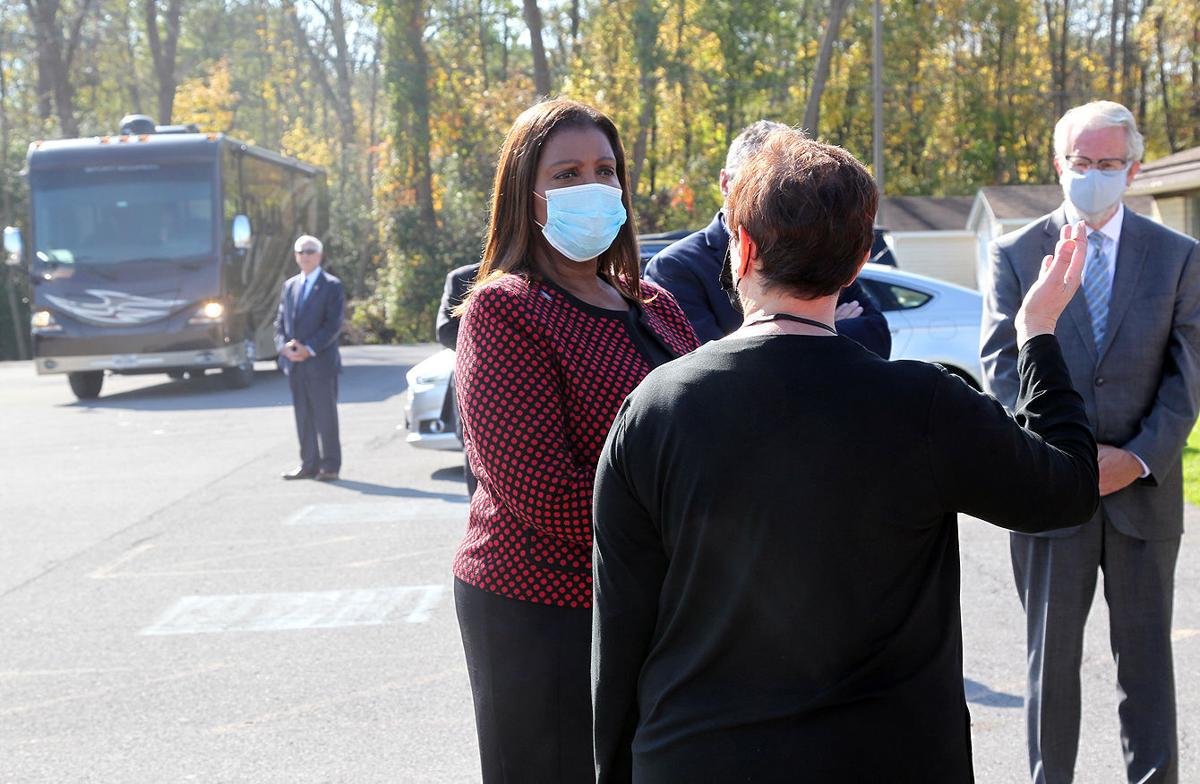 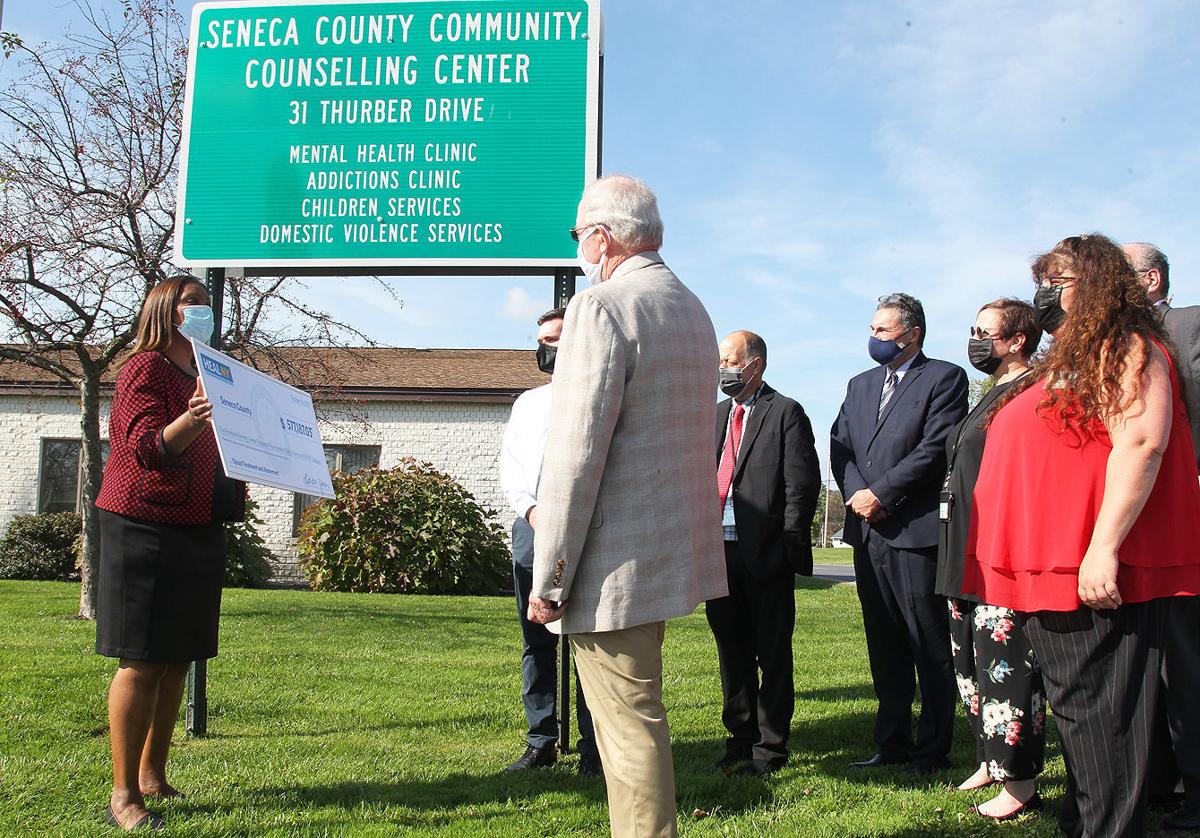 State Attorney General Letitia James presents Seneca County officials with a facsimile of a check for $577,187.03.

State Attorney General Letitia James presents Seneca County officials with a facsimile of a check for $577,187.03.

WATERLOO — Seneca County was one of many counties statewide to participate in a lawsuit against the manufacturers of opioids.

That lawsuit has been settled, and state Attorney General Letitia James visited the county seat Thursday to present officials with a facsimile of a check for $577,187.03, representing Seneca County’s share of the settlement. The actual check will come by the end of the year or early 2022, James said.

Rolling in by way of an RV, James arrived at the Seneca County Community Counseling Center on Thurber Drive, part of an upstate tour to distribute settlement money. The attorney general said the settlement amounts for counties that participated in the lawsuit are based on a formula that considers total population and the number of residents with opioid disorders.

Morse explained the range of services offered by the county, especially its addiction prevention and treatment programs.

“It did affect our in-person services,” Morse answered, “but we quickly went to telehealth services after office visits were shut down.”

James was told that opioid and other drug-overdose numbers rose during the Covid-19 pandemic, although the number of deaths from overdoses declined. Morse told James that was due largely to increased training and availability of Narcan kits for instant treatment, explaining that many law enforcement officers have been trained in the use of Narcan. And, those discharged from the county jail with addiction issues are given a Narcan kit when they are released, Morse added.

“What is your wish list with the new resources you will have?” James asked.

“Prevention and treatment services and staff,” Morse replied quickly before taking James on a tour of the Community Counseling Center building. Morse introduced James to counselors and staff who serve the county’s mental health and addictions needs.

“Do you have a children’s room?” James asked.

Morse said they had a small children’s room but had to shut that down during the pandemic. She said when the department moves into a new, larger space, it will have a children’s room.

“We have a very dedicated staff,” Morse said. “They drop off food to families we serve.”

When the money arrives, James urged county officials to use it “to do the work of angels” in helping those in need.

Morse said she and others will develop a specific plan for the money soon.

In response to a question about her interest in running for governor in 2022, James didn’t provide a direct answer. She said she is focused on using her office to provide hope, inspiration, trust and service to state residents.