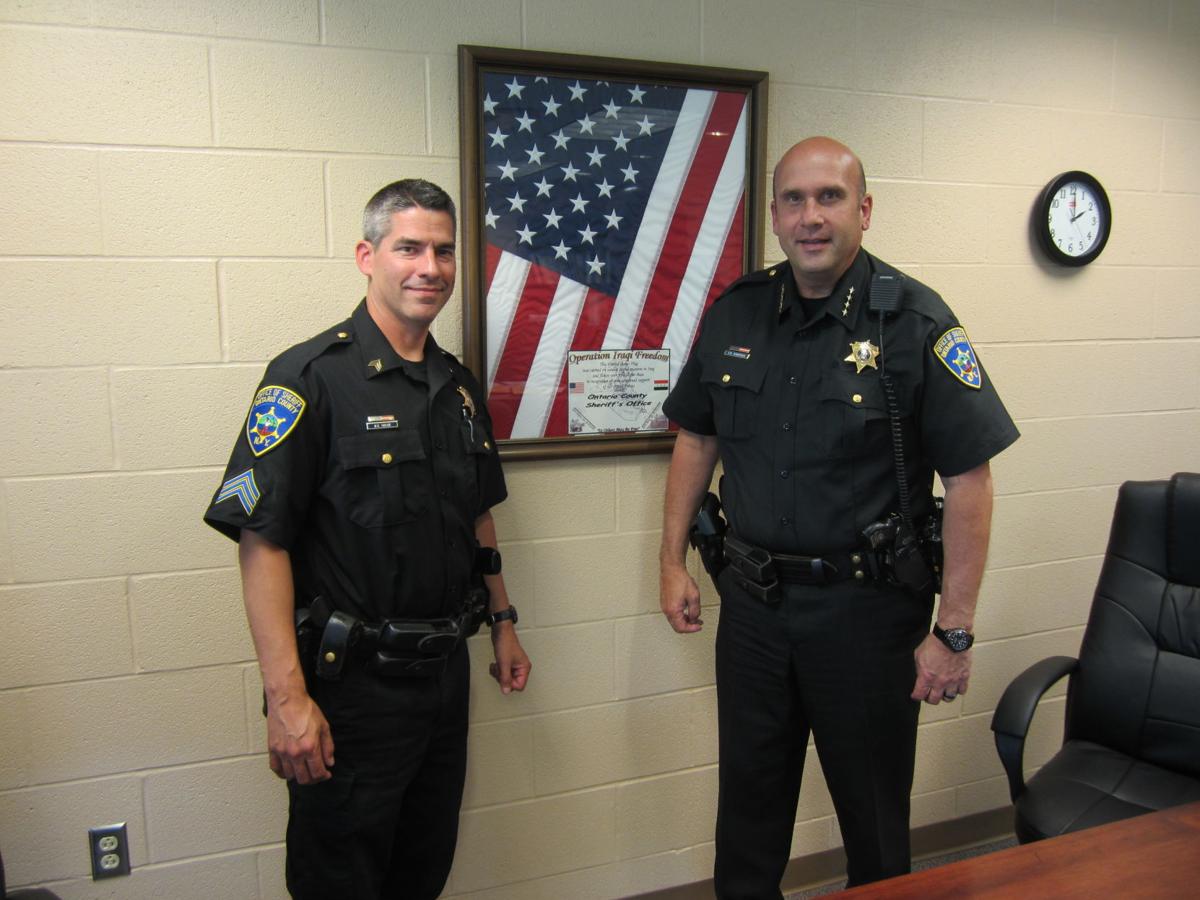 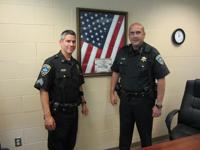 Ontario County Sheriff’s Office Sgt. Mark Taylor (left) is supervising a pilot program that has deputies in the field use iPads to consult with mental health professionals after the deputy responds to a mental health call. Sheriff Kevin Henderson is at Taylor’s left.

Ontario County Sheriff Kevin Henderson (second from right) is pictured with some of his officers and the mental health professionals taking part in a pilot program for mobile access to mental health counselors after a deputy responds to a call. 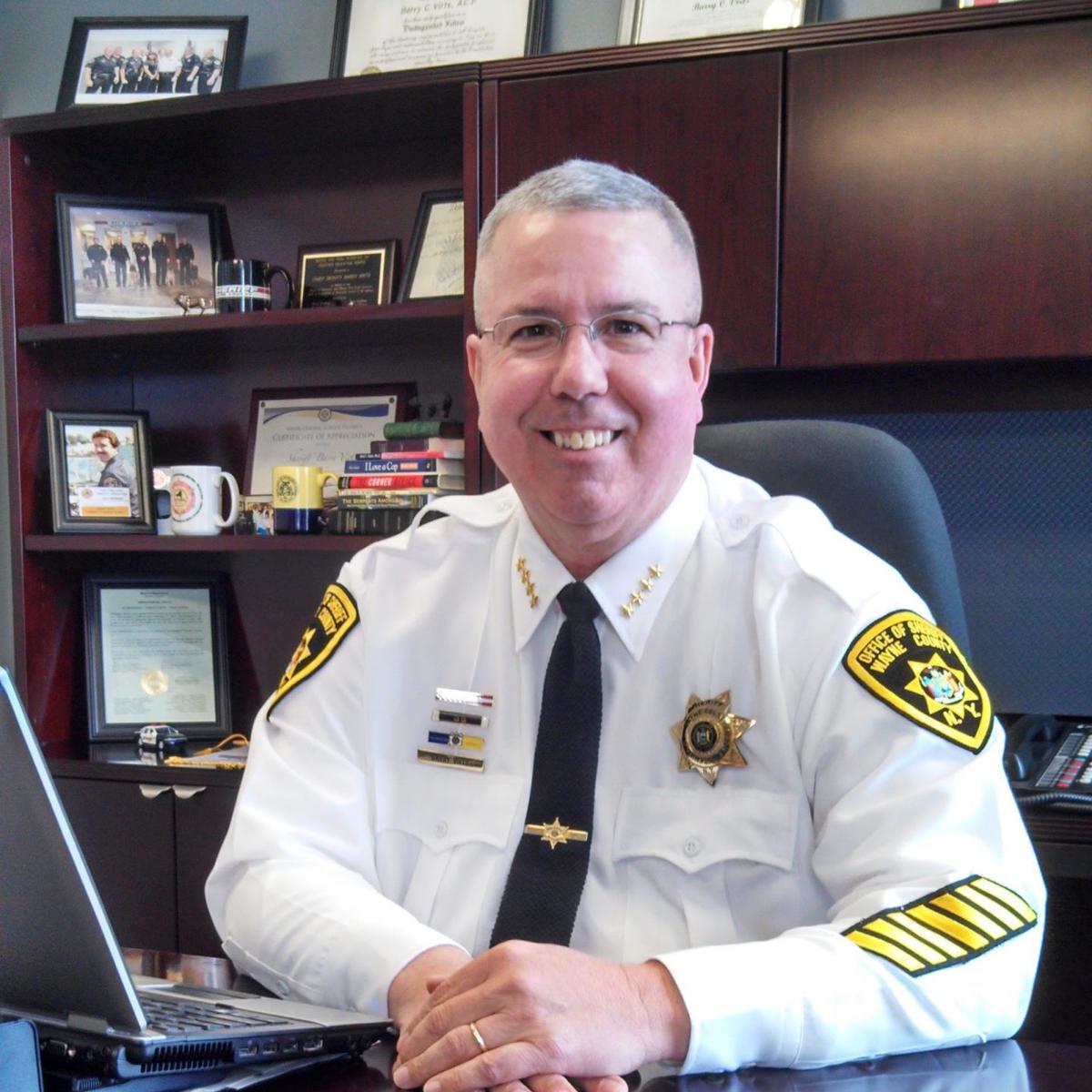 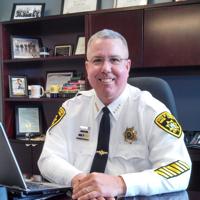 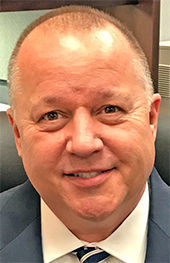 Ontario County Sheriff’s Office Sgt. Mark Taylor (left) is supervising a pilot program that has deputies in the field use iPads to consult with mental health professionals after the deputy responds to a mental health call. Sheriff Kevin Henderson is at Taylor’s left.

Ontario County Sheriff Kevin Henderson (second from right) is pictured with some of his officers and the mental health professionals taking part in a pilot program for mobile access to mental health counselors after a deputy responds to a call.

HOPEWELL — Several times a day, if not more, Ontario County sheriff’s office deputies respond to a mental health call or crisis. Depending on the situation, the officer can make a mental hygiene arrest and take the person — usually against his or her wishes — to Clifton Springs Hospital and Clinic, where they see a behavioral health specialist.

Those arrests are still going to happen, but Ontario County Sheriff Kevin Henderson hopes they can be reduced through the use of technology that lets deputies in the field — and the person in crisis — talk to that specialist through an Apple iPad.

Ontario County is one of four law enforcement agencies in the state taking part in a pilot program using the iPad. The others are the Wayne and Broome county sheriff’s offices, and the Lockport Police Department.

“Technology has certainly changed the way we do things in law enforcement, and we are a progressive department,” Henderson said. “If it’s something we can try and people will benefit from it, we are going to try it.”

Ontario County sheriff’s office Sgt. Mark Taylor, who is supervising the program, said state officials reached out to the sheriff’s office earlier this year about being involved in the pilot program. The sheriff’s office previously had a number of deputies take Crisis Intervention Training to deal with people who show signs of mental illness.

“We wanted a person on each shift to have this technology,” Taylor said. “We recently had a soft start, and Deputy Baker had a recent call at night and it was a successful resolution.”

The method is simple. After a deputy responds to a mental health call and the person agrees to talk to the mental health professional remotely, the deputy calls the hospital and the specialist calls back to the iPad and speaks to the person and the deputy face-to-face, similar to Face Time or Skype.

If the professional can resolve the situation by talking the person through it and perhaps setting up an appointment, the person is free to stay or return home. The deputy fills out a short survey on the iPad and is back on the road.

“Not everyone needs to be transported. In some cases when they do evaluations at Clifton after a transport, sometimes the person is released by the time we finish filling out a report,” Henderson said. “If we can resolve the situation without a transport, this frees up the deputy to get back on the road and do other jobs.”

The program uses Zoom Healthcare software that is Health Insurance Portability and Accountability Act complaint for privacy purposes. After the person talks with the mental health professional, the deputy consults with the professional and determines what should be done.

“If the person is a threat to themselves or others, and is talking about suicide, they will be going to the hospital. We are not going to put our deputies in jeopardy. We will err on the side of caution and do the transport,” Henderson said. “If they are physically aggressive and threatening our deputies, we are not going to run up to them, put an iPad in their face and say ‘Try this.’”

“There is a little gray area. If it’s a clear-cut transport, we will do it,” Taylor added. “If they may be talking about suicide but don’t talk about harming themselves and others, they may be perfect for this type of service. For a deputy that deals with a mental health crisis, the iPad may be the first tool they use.”

Henderson and Taylor hope the pilot program is a success and the iPads are used for years to come.

“What I want people to understand is we are there to help them, not disrupt their lives,” Henderson said. “We want to serve the public better. I hope people will like this.”

The Wayne County Sheriff's Office also is taking part in the pilot program for remote access to mental health professionals through iPads, working with the Wayne County Mental Health Department.

"I'm very excited to partner with Sheriff (Barry) Virts and the Wayne County Sheriff's Office on this new pilot initiative for telemental health," said Jim Haitz, director of the county mental health department. "Telehealth is used throughout the world and is applied to a wide array of health issues, including those which are related to mental health."

Virts and Haitz said Wayne County deputies respond to about 30 mental health calls per week. Haitz said equipping deputies with the technology will give them another resource to help them resolve a potential crisis.

Haitz said deputies will be connecting with professionals from the mental health department's Wayne Behavioral Health Network Open Access Center. Wayne County has four iPads, and two deputies on the day and afternoon shifts will have them in the pilot program.

Haitz said the iPads will be assigned to deputies who work the most high-need areas related to mental health calls.

"The telecommunication technology is a wonderful tool in rural communities, because it can immediately link the mental health professional to the location and to the deputy, and closes the gap in geographical distance," Haitz said "It's also cost effective, saves time, and will provide the deputy with information to better help the citizen and resolve the situation."

LEGAL NOTICE Notice is hereby given that our Annual meeting