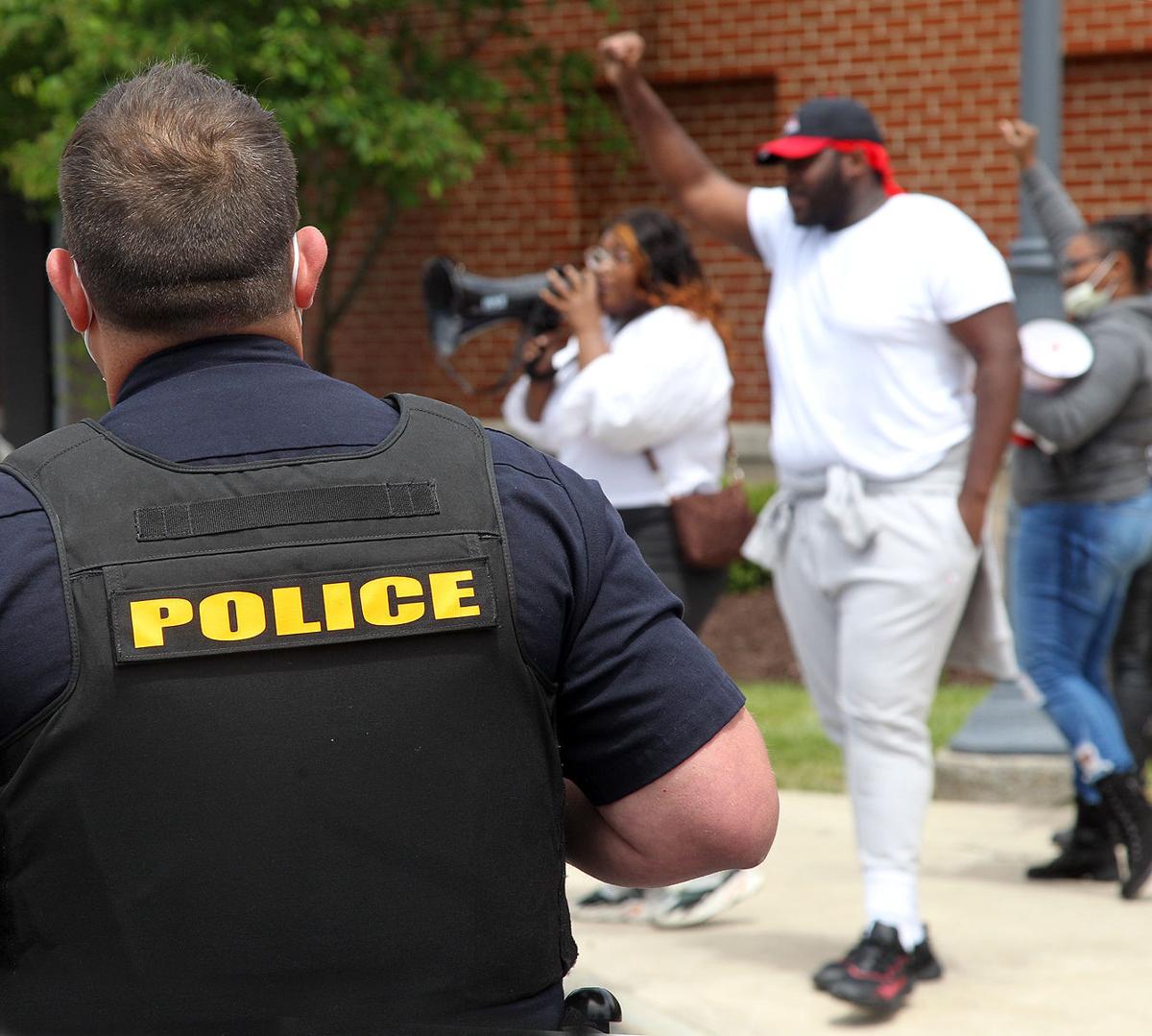 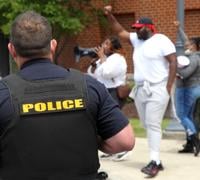 Akim Hudson (wearing hat) is shown at one of last summer’s People’s Peaceful Protest rallies and marches in Geneva. 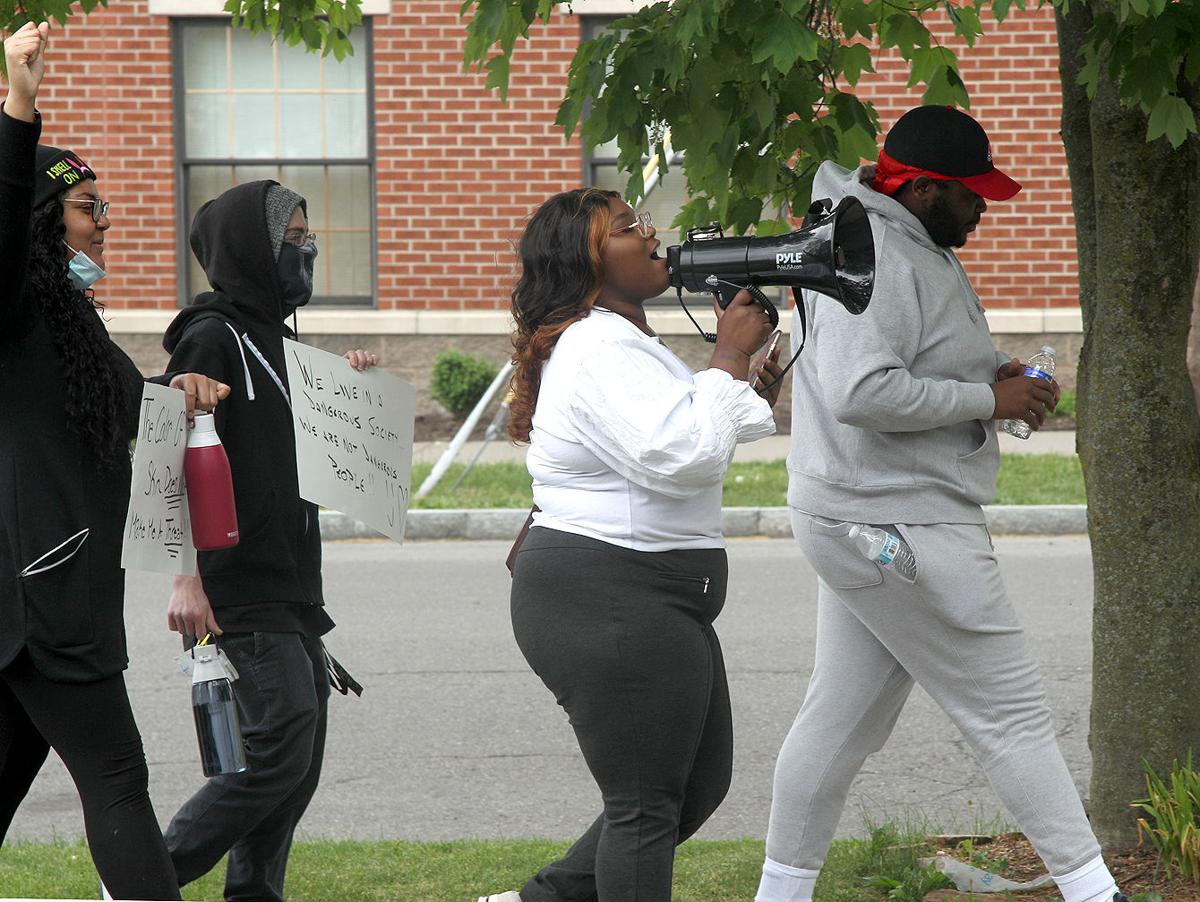 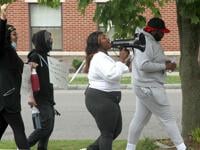 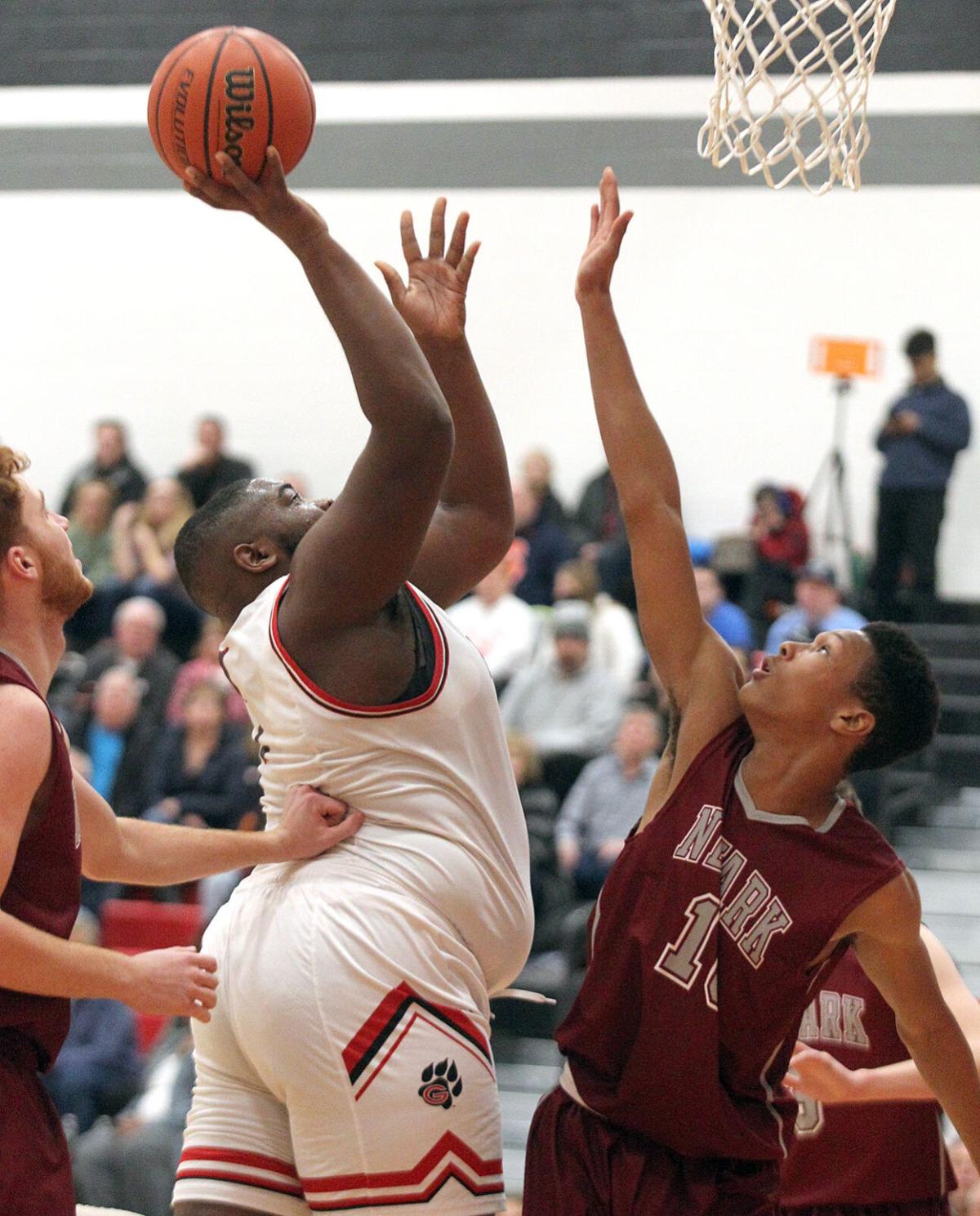 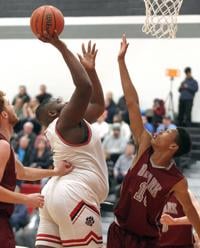 A photo of Akim Hudson (1) as a member of the Geneva High School varsity basketball team. 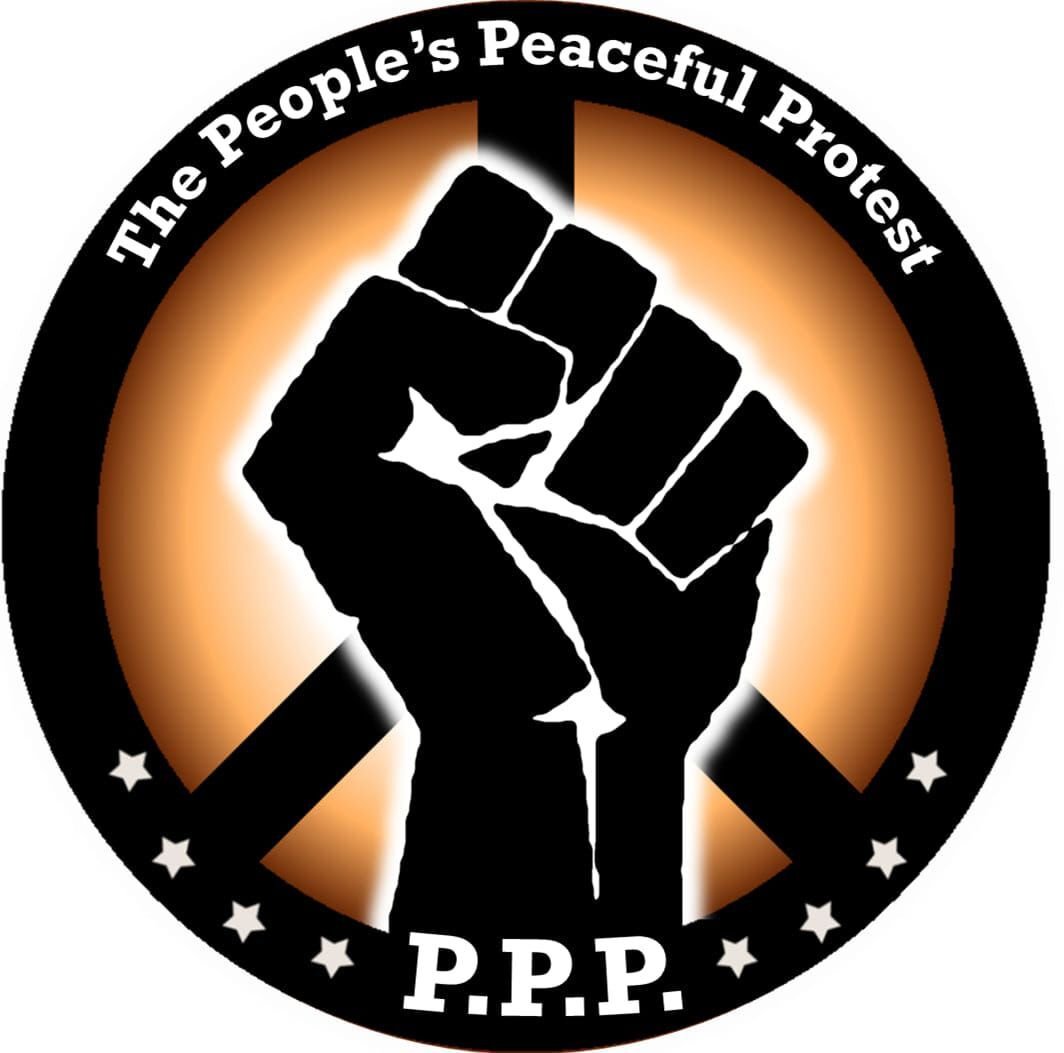 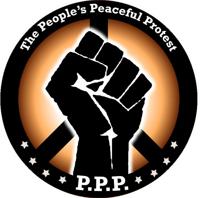 Akim Hudson (wearing hat) is shown at one of last summer’s People’s Peaceful Protest rallies and marches in Geneva.

A photo of Akim Hudson (1) as a member of the Geneva High School varsity basketball team.

As Shama perched his young son on his shoulders for a better view of the marchers, his former student yelled out “Hey Shama!” Then, he marched on by.

There was no time to catch up with Hudson, especially last summer. The 2019 Geneva High graduate, now a sophomore at St. Bonaventure University, was involved — day and night — in the PPP movement that formed shortly after the May 25 killing of George Floyd at the hands of Minneapolis police.

Although the PPP is a diverse group with many organizers and committed followers, there’s no doubt Hudson played a visible and vital role in its work over the summer. A glance at the group’s Facebook page shows Hudson, megaphone in hand, leading marches; speaking on a radio program; and writing messages with his signature “Peace, beloved” sign-off.

In many ways, Hudson’s path to this role was prepared by years of reading and observing the world and people around him. His former teachers describe a curious student, and they are not at all surprised that, despite his reserved temperament, Hudson gave his all to a social justice movement that in eight short months helped create a Police Review Board in the city of Geneva.

Hudson, 19, is Geneva born and bred. His mother, Ericka Hudson, moved to Georgia recently, but his grandmother, older brother and sister, nieces and nephews still live here. At St. Bonaventure he is studying English, psychology and philosophy, the latest chapter for someone who describes himself as an observer trying to determine why a person may act a certain way.

“I believe both of those things (psychology and philosophy), one or the other, is associated with everything, every encounter we have,” Hudson said.

Growing up, Hudson — he checks in at an imposing 6-foot-5 tall — enjoyed playing basketball with the Boys & Girls Club and AAU travel teams; he also played center on the Panthers’ varsity team his sophomore through senior years.

However, a stereotypical jock Hudson was not. Even as a youngster he said he had an interest in Black history; by the time he was a young teen, his “pro-Black” interests and curiosity were in full swing. He read “The Autobiography of Malcolm X” and writings by Kwame Ture (formerly known as Stokely Carmichael). His Jamaican heritage fostered an attraction to reggae musician Bob Marley, who Hudson says embodies what revolution looks like.

For him, Marley’s anthem “Get Up, Stand Up” illustrates what being a standup person is — “speaking your mind when you see something that’s wrong.”

Hudson certainly noticed the geographic segregation of Geneva every time he walked outside his home. He said he never found it a coincidence that a police patrol car would be circling a neighborhood in a different part of town when he might be walking there. But, it took some time for him to speak up strongly. He believes an activist is “not something you become; it takes an awakening.”

After Floyd’s death and the Black Lives Matter movement began to sweep the country, Hudson awakened.

Two of Hudson’s high school teachers, Shama and Rocco Campagna, witnessed those mental gears grinding and helped them along.

Hudson is the first to admit that, when he entered Geneva High, he was not the strongest student or writer.

“I had the know-how but I didn’t necessarily apply it,” he said.

It was in English teacher Ryan DeWolfe’s 10th-grade class he realized he had to work to realize his potential, so he began positioning himself for more advanced classes.

Later on, he said, Shama, in particular, “ ... made me understand how meticulous you have to be when it comes to writing” and showed him how to structure and express his thoughts.

For Hudson, writing offers a refuge and medium to work through those thoughts. While he’s not a journal keeper, he often will jot down observations on his phone and later expound on them and transcribe them into a composition notebook and/or Word document.

“I just write whatever comes to mind until it leaves,” he said. “If I still think about it, I write some more.”

Shama first got to know Hudson through the Hip Hop Club he advises. Then, he had him in his AP Language and Composition course, one of only two students of color in that class. He considered Hudson “a breath of fresh air” and a role model because he was always engaged and working hard for the right reasons — knowledge for knowledge’s sake and not just a good grade.

“He added depth and humility to dialogues that were often lacking the various perspectives and positions he brought to class,” Shama wrote in an email, adding Hudson elevated the discourse in every Socratic seminar, essay, or discussion post in which he participated.

“You couldn’t escape his perspective as a person of color and less privileged socioeconomically,” Shama said later. “Things we think hold people back, I never felt that with Akim. He grabbed life by the horns.”

Shama said he was not surprised Hudson gravitated to a leadership role in the PPP. He was never shy to talk about injustices, Shama noted, and when other students may have discussed the civil rights movement as a historical event, Hudson understood it is an ongoing work in progress.

“What went in one ear and out the other for others was impactful and resonated for him,” Shama said.

Social studies teacher Campagna was sad he didn’t have Hudson before his senior year, when he took AP Government. The two formed a close bond: Campagna said Hudson was hungry for knowledge in philosophy and government, so he would often lend him books to feed that appetite. In fact, when Hudson graduated, Campagna’s parting gift was a satchel filled with philosophy and history books that he told Hudson to someday pay forward.

Hudson’s need to discuss these ideas was strong; Campagna considered him a budding existentialist. He recalls a time when Hudson stopped by after school, even though Campagna was out that day. Hudson wrote down lines from a George Santayana book that Campagna lent him because he wanted to ensure the two discussed them the following day.

Hudson’s successful contributions to the PPP can, in many ways, be traced to his ample preparation.

Campagna said his former student is a person who wants to make sure he knows what he’s talking about and has sharpened his arguments before getting involved. After school, the two would discuss books outside of the assigned readings or Campagna’s activist experiences when he was younger, such as escorting women to Planned Parenthood during anti-abortion protests or supporting union members during construction of the Buffalo Sabres’ arena.

Campagna believes Hudson’s work with the PPP is a matter of him “being carried into the river he prepared himself for” and he is at a point in his life where he’s “self-actualized.”

“He’s a philosopher, yet he is also reasonable,” he said, adding Hudson’s course of study makes perfect sense for him. “In understanding others I think he can understand how to help others.”

Hudson’s gentle temperament is one reason Adam Fryer of PPP said he became a movement leader. Shama too said he was always impressed with Hudson’s humility and ability to move between different groups of people. And, Campagna called him “well dispositioned.”

Fryer had not met Hudson prior to the blooming of the PPP, but he noticed after a few weeks that he was a natural leader who “popped out” because he was well spoken and intelligent. Fryer also used the words profound, calm, open and approachable — and a good listener — to describe his colleague.

“Just the way he speaks is poetic, and that captivated people,” he said.

Yes, Hudson led marches, carried cases of water, spoke on the radio, and was part of strategizing sessions as the PPP pushed to help craft wording for a Police Review Board. However, perhaps his greatest contribution was “being the voice of the philosophy of what we were all doing,” Fryer said, adding Hudson always provided a historic context when others might have been wrapped up in the moment.

“He helped keep everybody on the same page and focused on the core of what we were doing,” Fryer continued. “He was the perfect person at the time of what was going on.”

At St. Bonaventure, Hudson is pursuing other passions. He is considering a double major in English and psychology and has goals of becoming a therapist, author and staying involved in social justice issues. He is a member of the Poetry, History and Psychology clubs and active with the Black Student Union.

Oftentimes his personal and public correspondence ends with a simple phrase, “Peace, beloved.” It’s a fitting handle for a young man who envisions, and is working toward, a better world. By choosing the word “peace,” Hudson said he is manifesting and wishing positive energy to the “beloved,” his brothers and sisters of the world.

He takes the words seriously.

“The fact is that everything you say may directly or indirectly impact someone,” he said.

The People's Peaceful Protest fights for accountability in the formation and administration of public and business policy, agitates for awareness of injustices, and advocates for the disempowered and dispossessed through peaceful demonstration, educational programming, artistic expression and policy advancement.