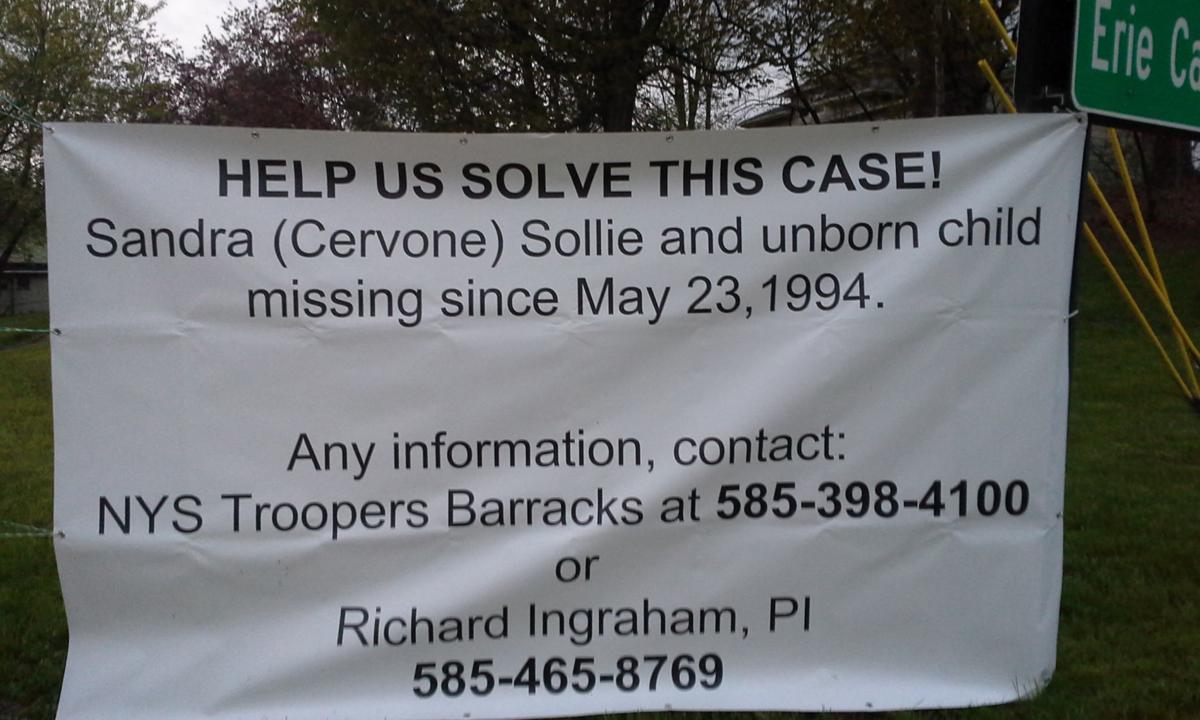 This banner will be at the intersection of Route 350 and Route 31 on Saturday to mark the 26th anniversary of the disappearance of Sandra (Cervone) Sollie. 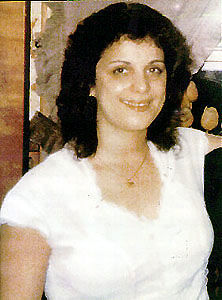 MACEDON — For the past 25 years, there has been a public remembrance in this Wayne County community for a woman who disappeared while seven months pregnant.

That won’t happen this year due to COVID-19, but people still are encouraged to drive by or stop at a banner Saturday at the intersection of Route 350 and Route 31. The banner is an effort to remember Sandra (Cervone) Sollie, who was 38 when she disappeared May 23, 1994.

Sollie was last seen that day at the Ames Plaza on Route 31. Her car was later found in her driveway at her duplex north of Macedon.

Her dog also was gone, and her clothing and belongings were left behind. Sollie’s purse was later found in a Dumpster behind a car wash in Penfield, along with her dog’s collar, leash and tags.

Event volunteer Marie Cramer said a private investigator, Richard Ingraham, has spent more than two decades investigating the Sollie case without pay. Until this year, he handed out fliers door-to-door in Macedon.

“Richard has made a commitment to the family that he would keep searching,” Cramer said. “Many of them have passed on, but there are still members of her family who want and deserve some sort of closure.”

In October 2017, state police used several canines and divers to search a property Cramer believed may be involved in the Sollie case, but nothing new was found. She added that Ingraham has received occasional phone tips over the years.

Anyone with information on the case is urged to contact Ingraham at peye@rochester.rr.com or (585) 465-8769.