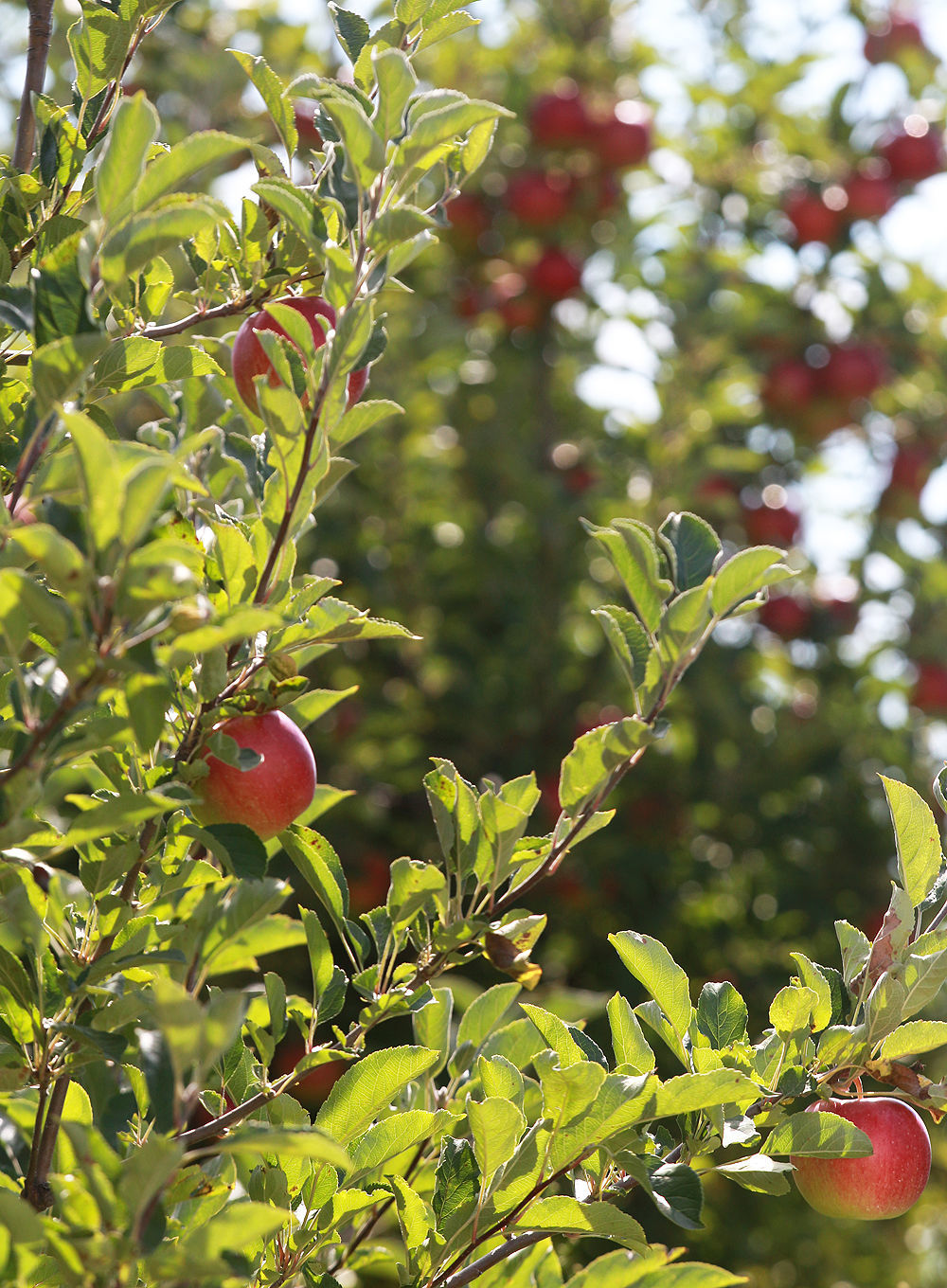 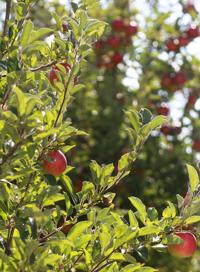 These apples had yet to be plucked from Red Jacket Orchards trees on Friday. 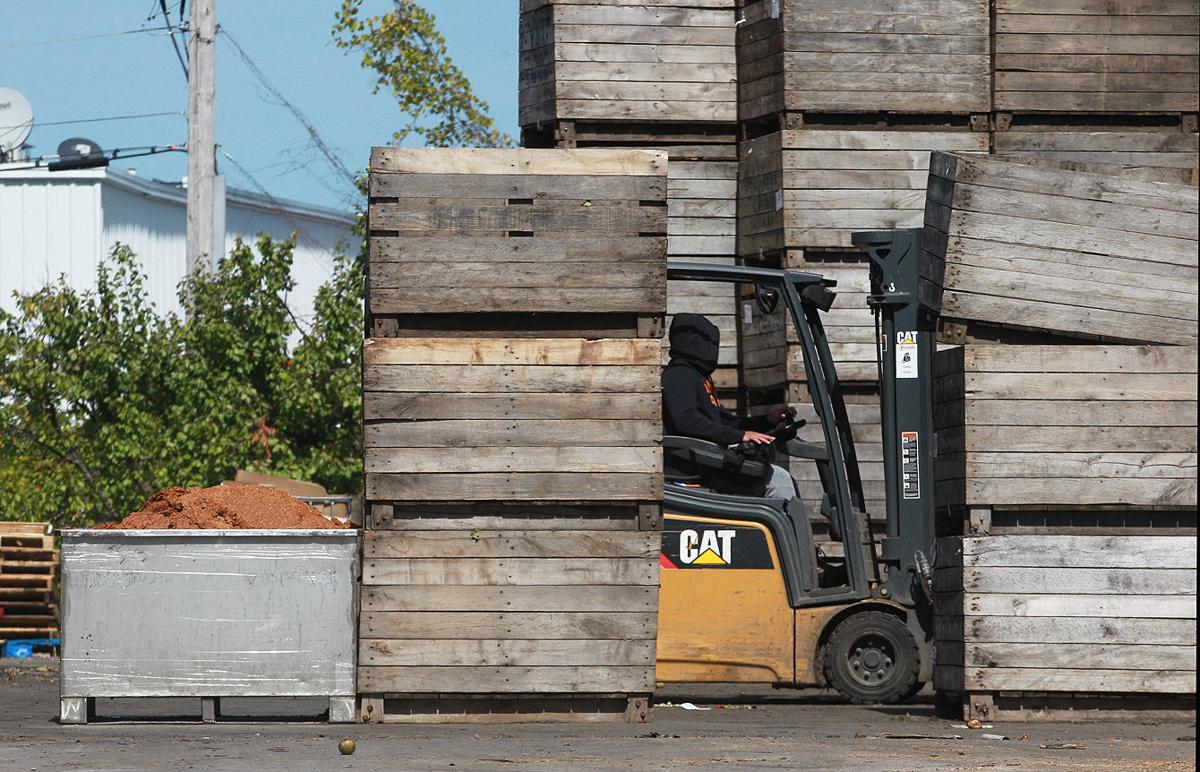 Crates filled with freshly picked apples were on the move Friday at Red Jacket Orchards. 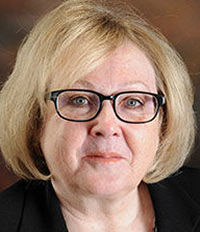 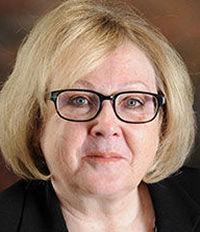 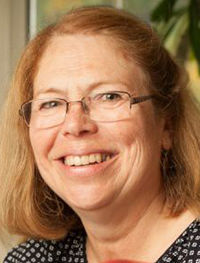 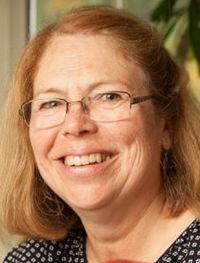 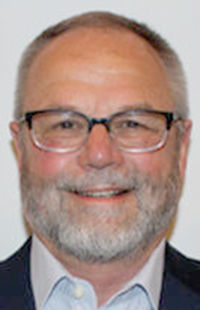 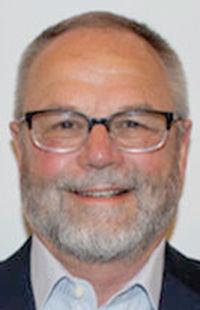 These apples had yet to be plucked from Red Jacket Orchards trees on Friday.

Crates filled with freshly picked apples were on the move Friday at Red Jacket Orchards.

For those who like nothing better than biting into a freshly picked apple each fall, you’re in luck, said Cynthia Haskins, president and CEO of the New York Apple Association.

The fruit is excellent this year.

“The crop is looking really beautiful,” said Haskins, whose Victor-based agency promotes New York apples. “We’ve got a good range of sizes. The apples have colored up nicely.”

The state crop is expected to come in at about 31.5 million bushels, she said, compared to 33 million in 2018. Still, the 2019 estimate is at about the five-year average, Haskins explained.

In some areas, crops are about a week behind due to the cool spring, but that “everybody’s harvesting” early-season apple varieties now, said Haskins. The you-pick orchards are rolling too.

New York is the nation’s second-leading apple grower, next to U.S. Goliath, Washington state, but it grows more varieties — a whopping 250 — than anyone else. Wayne County is the biggest producer in the state.

New York apples include the old standbys like Macs and Empires, the super-popular Honeycrisps, up-and-comers like SnapDragon, and a host of heirloom varieties. Everyone, it seems, has an opinion when it comes to what they want out of an apple, Haskins said.

“Everybody’s passionate about apples,” she said. “Consumers have their favorites, and they will search until they find them.”

Jim Allen, former head of the New York Apple Association who now serves as vice president of marketing for New York Apple Sales, an organization representing a number of growers and packers around the state, agreed with Haskins on this year’s crop.

“Last year we had a bigger crop on the tree and a very dry summer growing season, so we had smaller apples,” he said. “This year is just the opposite. Although there are fewer pieces of fruit on the tree, the size is much larger, and color is exceptional.”

“Some varieties are weaker than others, such as Honeycrisp, and that is because of the heavier crop last year,” Allen said. “Also, certain areas of the state are stronger than others. Overall, I think we have an excellent crop with great color and size. Sunny days and cool nights have really made this an outstanding crop.”

New York has no peer when it comes to apple quality, Haskins remarked.

“We are known for growing the best-tasting apples,” she said, crediting the climate and soil conditions and great growers and packers using the latest technology and best practices.

New varieties are being developed all the time, and Haskins points to the work of Susan Brown and her team at Cornell AgriTech, not only for developing new apples, but also the in-the-field research they do to help farmers grow better-tasting and more disease-resistant fruit.

“We are so gifted to have Cornell in our backyard,” she said. “Susan Brown has been instrumental in our industry.”

Brown, who created the SnapDragon and RubyFrost varieties — both grow in popularity each year — said 2019 “should be an excellent year for apple quality. While we had a very wet early season, which made control of early diseases difficult, that was followed by sun and heat. These recent cold nights are perfect for enhancing both color and quality. Due to all of the early rainfall, apple size should be bigger this year.

“SnapDragon supplies doubled last year and will increase this year again; the same is true for increases in RubyFrost,” Haskins continued. “The Honeycrisp fruit set was variable this year. Many varieties have an ‘on’ year, with many blossoms and fruit, followed by an ‘off’ year with lower yield. Cornell researchers are working to make cropping uniform across seasons.”

Barb Wells, who owns Maple Ridge Fruit Farm in Arcadia with her husband, Gary, said their Honeycrisp crop is quite small this year. They’re hoping to have enough for their Apple Shed retail operation, but they won’t have supplies for wholesale. Overall, she said, the crop is less than half a normal year, but that the Apple Shed will be fine for the season, which runs almost to Christmas.

“For some varieties we have nothing on the trees,” she said. “Overall, it seems to be spotty (around the region). Some people have a good crop and some people don’t.”

She believes a cold snap in late November of last year may have frozen the buds on some trees before they had a chance to harden for the winter.

Brown and Haskins encouraged folks to support local farms when purchasing apples, either at the orchard or store.

“This is a time, across regions, that buying local, or close to local, is important as it supports growers throughout your region,” Brown said. “Look at the apple sticker to be sure. With all of the many new varieties on the market, there has never been a better time to experiment with finding family favorites.”

The Wayne County Apple Tasting Tour returns for the 22nd year this October. All month long, visitors are invited to pick fresh apples, admire the fall colors and enjoy a day of family fun. Activities ranging from corn mazes and tractor rides to wine and spirit tastings, there's plenty for friends, couples, and even Mom and Dad to enjoy.

New this year, attendees can enter to win a weekend getaway in Wayne County by downloading the trail map and collecting stamps from each stop. Those who collect all 12 stamps will be eligible to win the first prize, which includes a stay at Burnap's Bed & Breakfast and Beyond and gift cards to The Bay Street Restaurant and Saltbox Smokehouse.

Wayne County Tourism partners with 12 local businesses to host the tour. The tour runs throughout October, giving visitors a chance to experience apple harvest at farm markets, apple orchards, wineries, and cideries. Every stop visited earns a stamp on the tour map, that can be mailed to the Tourism Office, postmarked by Nov. 6 for a chance to win the weekend getaway, or one of the other three prizes. Download the tour map at www.appletastingtour.com, or pick up a copy at any tour stop.

For information and directions to each site, visit www.appletastingtour.com for a mobile locator or call Wayne County Tourism at (800) 527-6510.

You can’t get apples any fresher than the ones you pick off the tree. If you’re interested in going apple picking, the New York Apple Association has an interactive map at Applesfromny.com that will help you find you-pick orchard near you.