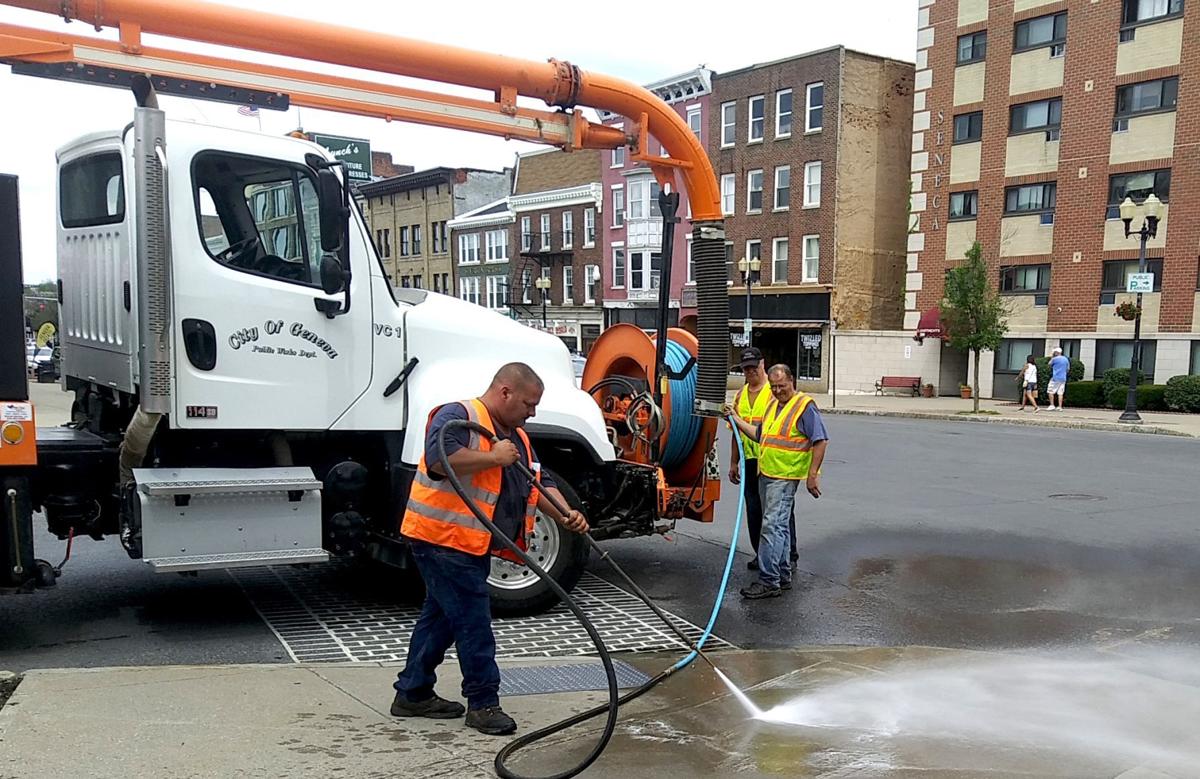 City of Geneva Department of Public Works crews clean up a Black Lives Matter inscription on a sidewalk at Seneca and Exchange streets Friday afternoon. 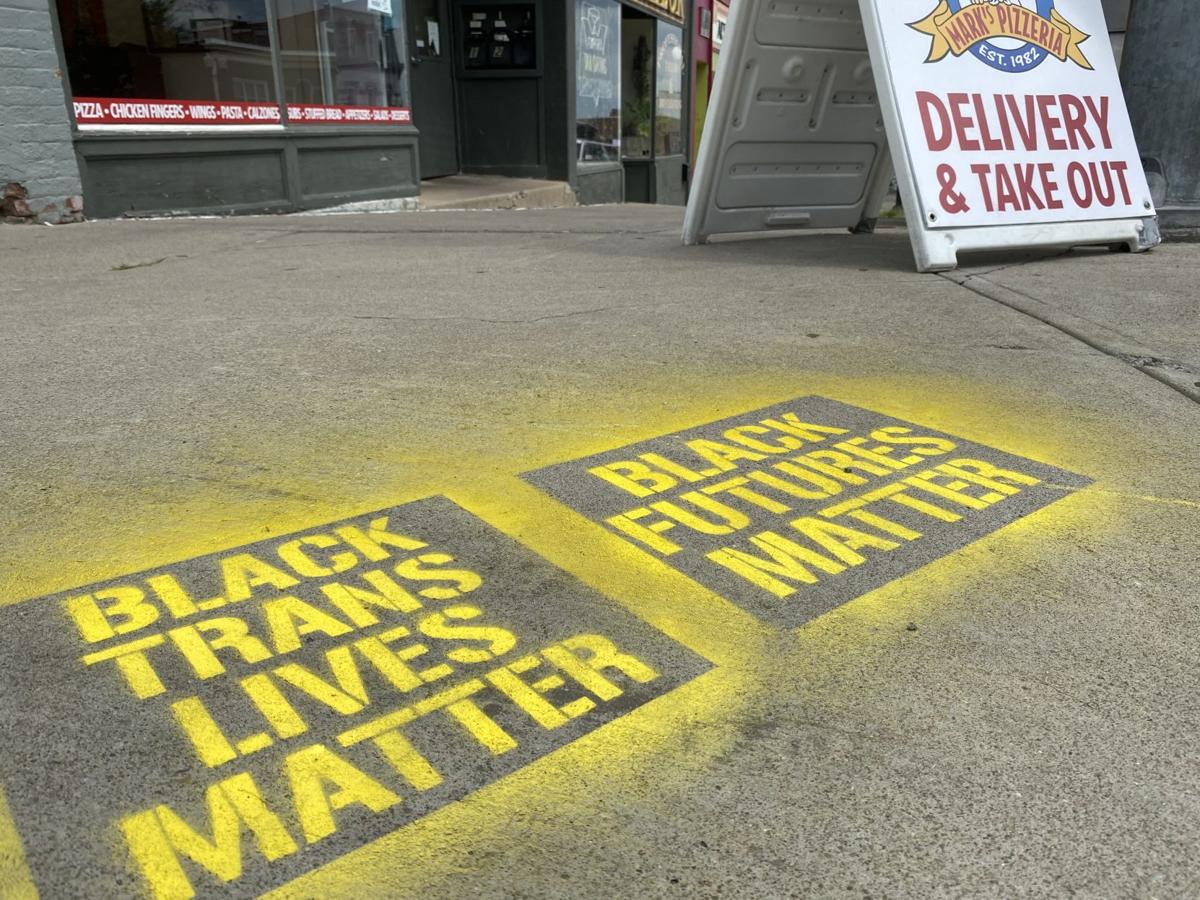 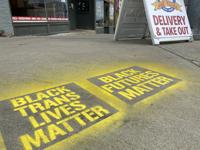 A Black Lives Matter inscription was sprayed on the sidewalk near Mark’s Pizzeria at Seneca and Main streets in downtown Geneva Aug. 7. It was removed by city crews under a 1968 ordinance that does not allow such art. 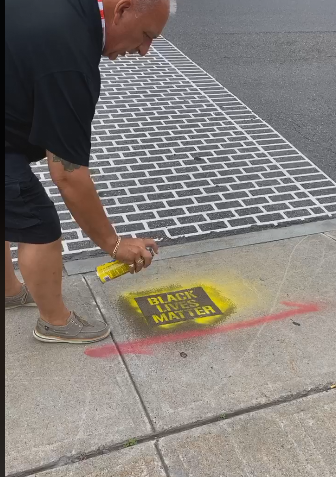 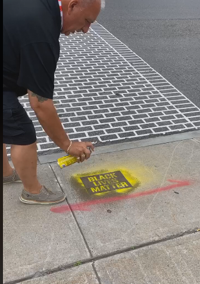 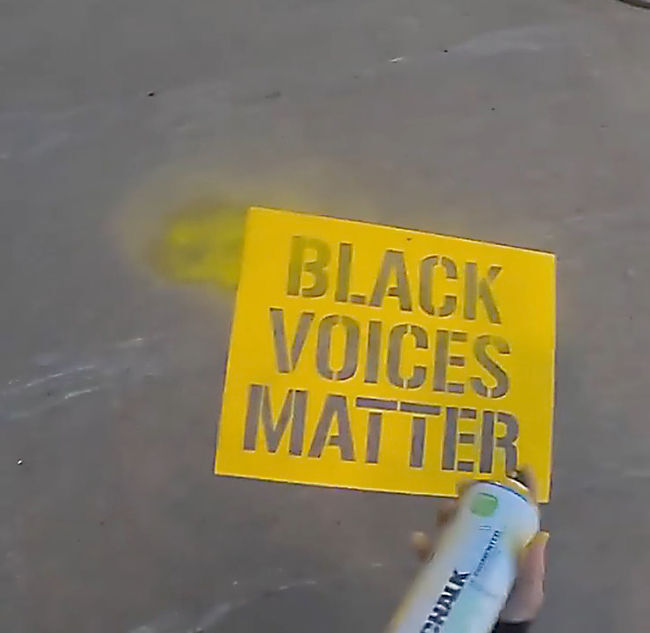 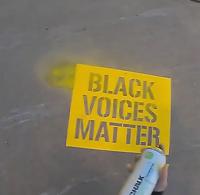 City of Geneva Department of Public Works crews clean up a Black Lives Matter inscription on a sidewalk at Seneca and Exchange streets Friday afternoon.

A Black Lives Matter inscription was sprayed on the sidewalk near Mark’s Pizzeria at Seneca and Main streets in downtown Geneva Aug. 7. It was removed by city crews under a 1968 ordinance that does not allow such art.

GENEVA — By the time the Times went to press Friday night, roughly 50 Black Lives Matter-themed messages on sidewalks around downtown were gone.

“The city’s practice is to remove any spray paint as quickly as possible, as it is defacing public property,” she said Friday afternoon. “We had two incidents in the city of different content within the last 24 hours in downtown and in the tunnel. Both will be removed.”

They were removed, first by an angry city resident, then by Department of Public Works employees.

Mike Pinco was so incensed with what he saw that he posted a Facebook video that showed him removing one of the inscriptions. He suggested Mayor Steve Valentino and Ward 5 Councilor Laura Salamendra were in some way complicit.

In response, Valentino provided this statement: “I am on a Facebook diet. People have a right to voice their opinion. Some do it professionally some don’t. So I don't plan on giving him the benefit of my viewing his spewing.”

Salamendra said she loved what was done, but also downplayed the long-term harm, saying an Instagram post she provided proves it was spray chalk, not paint.

“I was really moved when I saw photos on my Instagram feed this morning of BLM slogans on the public sidewalks downtown,” she said. “I thought it was a really beautiful and positive sentiment, so I was surprised to hear that DPW was out laboring on washing these messages away. In other cities, Black Lives Matter has been painted in large letters in the middle of the street. It’s really disappointing that the city of Geneva spent money to erase and investigate BLM temporary art, rather than celebrating it.”

Another councilor, Tom Burrall, who represents Ward 1, didn’t see it the same way.

“It’s defacing public property,” said Burrall, who, at the time he was interviewed thought spray paint had been used. “It has nothing to do with the message.”

In fact, Burrall voted in favor of all the police reform measures approved by City Council July 1 and Aug. 5, when Council set a public hearing on a local law that would create a police accountability board. He said again Friday he supports the Black Lives Matter message.

Police said they were investigating the incidents.

Adam Fryer, a spokesperson for Geneva Black Lives Matter: The People’s Peaceful Protest, said he was unaware of the sidewalk inscriptions until being contacted by Times.

Gerling said the city is “hoping to work with the Public Art Committee and the community on a collaborative BLM project.”

GARDENING SERVICE Services include but are not limited to weeding