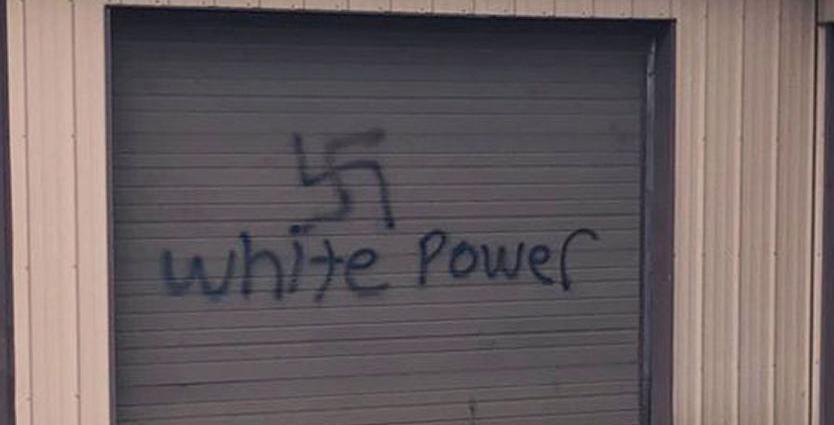 Graffiti on an Elm Street storage building in Geneva in 2019. 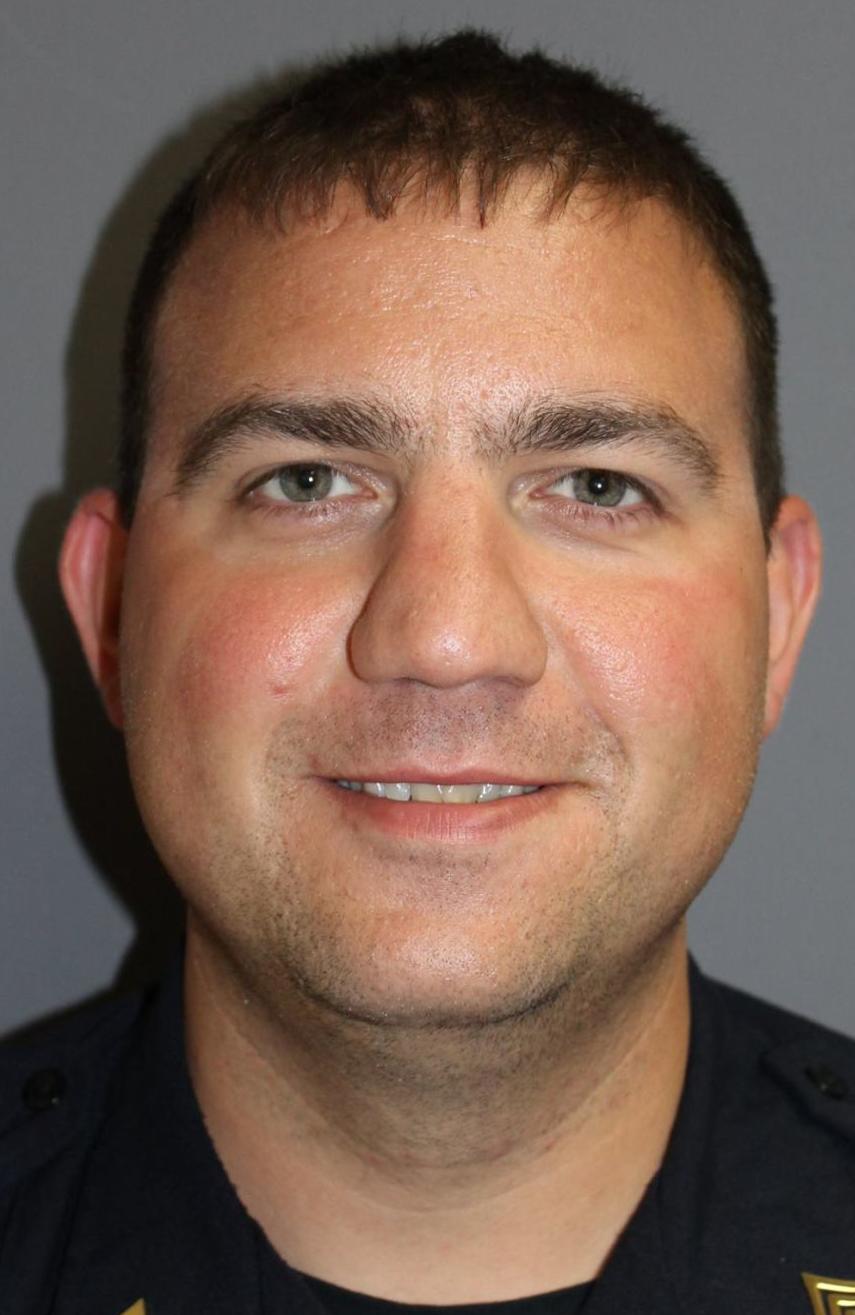 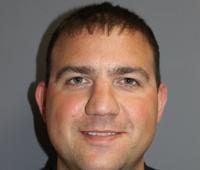 GENEVA — Starting with the first report in early June, city police had no leads on finding who spray-painted racially charged graffiti at three locations.

“Yesterday morning, we ended up getting a break,” Geneva Police Chief Mike Passalacqua said Friday. “At this point I’m not going to get into how we got that information, but it was a break created internally and we followed up on that.”

That break resulted in police identifying a 12-year-old city girl who they believe spray-painted a swastika and the words “white power” on an Elm Street building, swastikas on the Mt. Calvary Church on Milton Street, and another swastika at the National Guard Armory on Main Street.

Police believe they were all done at the same time, although the reports at the church and Armory came during the past several days.

“When we got the second report, at the church, I decided to put out a statement if this was going to become a habitual thing instead of isolated,” he said. “I didn’t really know what we were dealing with.”

“They asked me if I needed anything and they were going to give us some personnel,” Passalacqua said of the task force. “I kept in contact with them, and then we got the third one (swastika) ... and they offered to have some guys come down, talk to people and maybe generate something, but I’m not sure they could have done more than we were doing.”

While he would not say who the internal break came from, Passalacqua said Geneva PD Officer Raul Arroyo — the school district’s resource officer — was involved in the case. Passalacqua also included the Ontario County Sheriff’s Office more recently.

“By late morning, we knew we had our suspect and spent the latter part of yesterday tying up loose ends and getting our stuff together for a search warrant,” he said.

Police executed the warrant at the girl’s home about 6:30 p.m. Thursday. Passalacqua said evidence was found to support the filing of a hate crime.

“The search warrant went very smoothly. We came up with the evidence we were looking for to substantiate a hate crime, which is something we needed,” he said. “I can’t talk about that evidence.”

Passalacqua said police believe the girl is the only person responsible for the graffiti. She will be treated as a juvenile delinquent and her case will be handled in family court.

Passalacqua thanked the sheriff’s office and other agencies for their assistance, and credited his uniformed officers and detective bureau for their work.

“I’m proud of what we did, virtually by ourselves, and how we handled the situation. I am happy that we were able for the community, not even for ourselves, to bring this to where it’s at,” he said. “I would also like to thank our community for their support through this investigation, as I am aware these racially motivated crimes caused pain and frustration in our community. As I stated in an earlier statement, the Geneva Police Department will not tolerate racially motivated crimes such as these and stands behind the citizens and community of the city of Geneva. We take great pride in the work that we do to keep all the citizens of our great city safe.”

LEGAL NOTICE Supplemental Summons and Notice of Object of Action