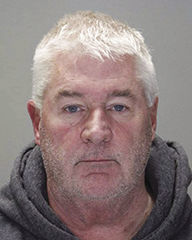 Ritts said Thursday that Yates County District Attorney Todd Casella will handle the matter to assure that there is no question of political favoritism.

Kolb, 67, who represents the 131st Assembly District, which includes all of Ontario County and parts of Seneca, was charged New Year’s Eve after he crashed his state-owned SUV into a ditch near his new Victor home on County Road 41.

He explained that county agencies, including his, work closely with the Assemblyman on issues such as state funding for programs.

“We want to make sure everybody feels comfortable,” said Ritts, who, like Kolb, is a Republican.

Ritts said an order transferring the case to Casella was signed Thursday.

“Everyone is entitled to their day in court,” Ritts said. “Hopefully, there is a prompt and fair resolution, as with all cases.”

Kolb’s misdemeanor DWI charge, as well as one for unsafe turning, is in Victor Town Court.

Responding by email Thursday, Casella responded that “the only comment I have is this case will be prosecuted the same as any other case, with the same facts and circumstances.”

While a special prosecutor is in place, there are questions surfacing related to Kolb’s long tenure as Assembly Minority Leader.

A fellow Republican in the Assembly, Kieran Lalor of East Fishkill in the Hudson Valley, was the first to call for Kolb to step down as minority leader.

“That he hasn’t done so already is a disgrace,” Lalor tweeted.

State Assemblyman Brian Manktelow, R-130 of Lyons, said Thursday he was not ready to jump to that conclusion, explaining that he needed more information before making a judgment.

State Sen. Pam Helming’s office did not reply to a request seeking comment on Kolb’s arrest.

The DWI charge against the assemblyman has made not just state and local headlines but national news as well. Kolb had issued a message on Dec. 20 encouraging people to celebrate the holidays safely by finding alternative transportation if they were out celebrating with drinks.

“There is no excuse for impaired driving,” he wrote. “Here in New York, we have taxis, ride-sharing services like Uber and Lyft and a robust public transportation system. Please, use these services, or a sober, reliable designated driver when making your way about town.”

In a statement Wednesday, he apologized for his arrest, saying that “there is no excuse and no justification for what occurred Tuesday evening. I made the wrong decision, and it is one I deeply regret.”

His spokesman, Michael Fraser, said Thursday that Kolb would have no further comment on the DWI charge at this time but that he may at a later date.

Kolb was first elected to the Assembly in 2000 and has been minority leader since 2009.