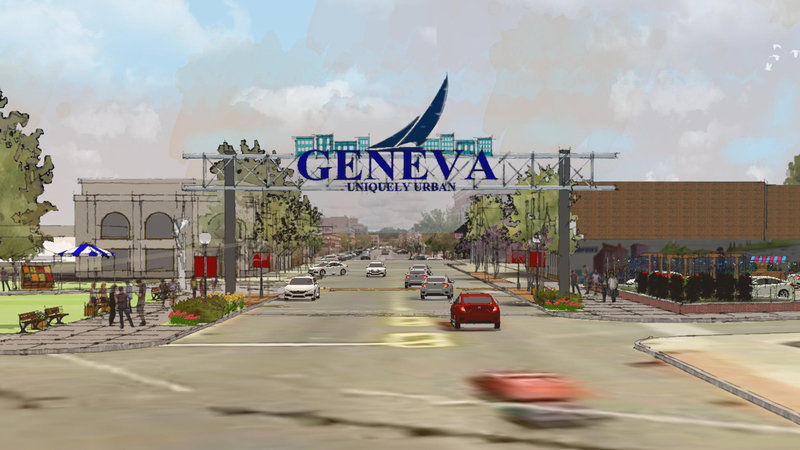 A sketch of the proposed archway welcoming people to the city of Geneva. The city said Friday that the project has been scrapped. 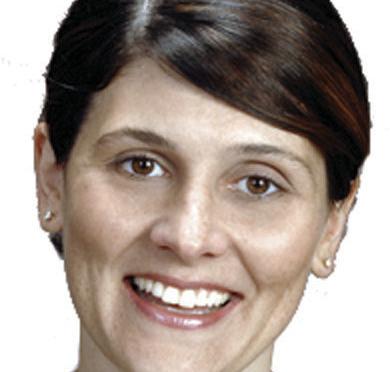 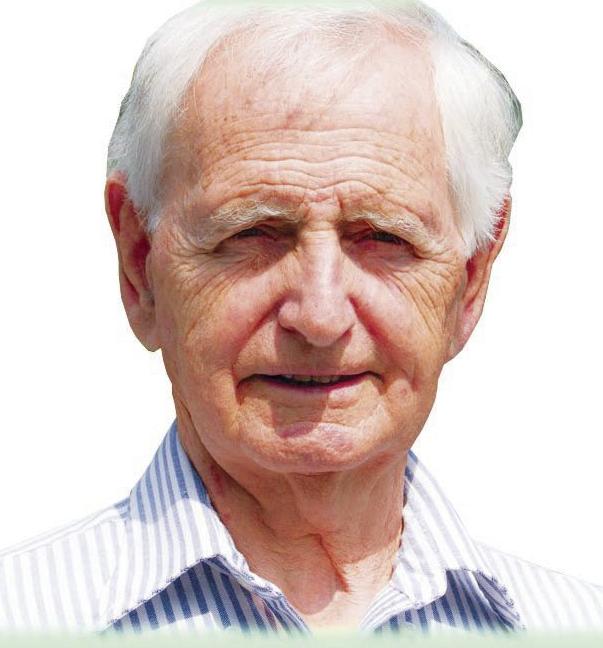 GENEVA — A controversial plan to build an arched welcome sign in the city’s central business district, paid for with state and local funding, has been scrapped.

Acting City Manager Sage Gerling told two opponents of the sign plan, Fred Brockway and former city councilor Jackie Augustine, on Friday that the state has agreed to allow the city to reallocate $142,000 in Downtown Revitalization Initiative funds reserved for the sign, which was tentatively set to be built at North Exchange (Route 14) and Lake streets.

The announcement came after critics suggested its placement well south of the city limits would give the impression that those who lived north of the archway were second-class citizens, a charge the city denied.

Brockway, a member of the DRI planning committee, suggested the state money could have been better utilized for other projects.

However, former City Manager Matt Horn suggested in December that it was unlikely the state would reallocate the DRI funds for the sign.

Still, that didn’t stop Brockway from coming to January’s City Council meeting, where he asked that the city take another look at the $200,000 project, which required $58,000 in city funds as well.

Brockway presented Council with petition sheets from downtown businesses and churches signed by more than 150 residents. He also provided a printout of 300 signatures collected at Change.org.

The petition read: “Geneva should not spend tax dollars on this project and the grant money for the sign should be repurposed. This project does not convey a sense of arrival and diverts funds from other worthy projects.”

Brockway was not alone in his criticism. Augustine suggested the money be used instead for a pedestrian bridge on North Exchange where a rail bridge once crossed as part of an effort to create a hiking/biking trail along a long-abandoned rail line.

And while Brockway grew impatient with what he viewed as a lack of response on the part of the city, action was taking place behind the scenes.

Gerling contacted state officials, who told her the sign project could be dropped and the money reallocated. However, she explained, a pedestrian bridge connecting the old rail line on Exchange Street was not a possibility because it was outside the downtown area as it was outlined under the city’s DRI application.

Still, the state decision was good news for those who opposed the sign, she said.

“This is a really positive outcome from the petition,” said Gerling, who noted that City Council signed off on the move.

The state told her that the sign money could be reallocated because it was included in a package of improvements for Castle and Exchange streets already approved for DRI funding.

“We have the flexibility to be creative to get the job done,” said Gerling, who said the money will be allocated for other streetscape improvements that could include such things as public art. Final planning has not been done, as the city is still in the process of choosing a project designer.

Augustine had some mixed emotions about the news, given the trail bridge idea was not possible.

“It’s too bad it couldn’t be used outside the boundary,” she said.

Still, said Augustine, it was a positive sign that the city listened to its constituents — and acted.

“It’s rebuilding some trust,” said Augustine. “People should know that they were heard.”

Further, Augustine’s suggestion of developing a rail trail is sparking an effort to revitalize a project that has been in discussions for years, but with little action.

Gerling said the city is looking for volunteers to help develop a trail plan and is working with Ontario Pathways for advice. Ontario Pathways maintains a number of trails that were former rail lines around the county.