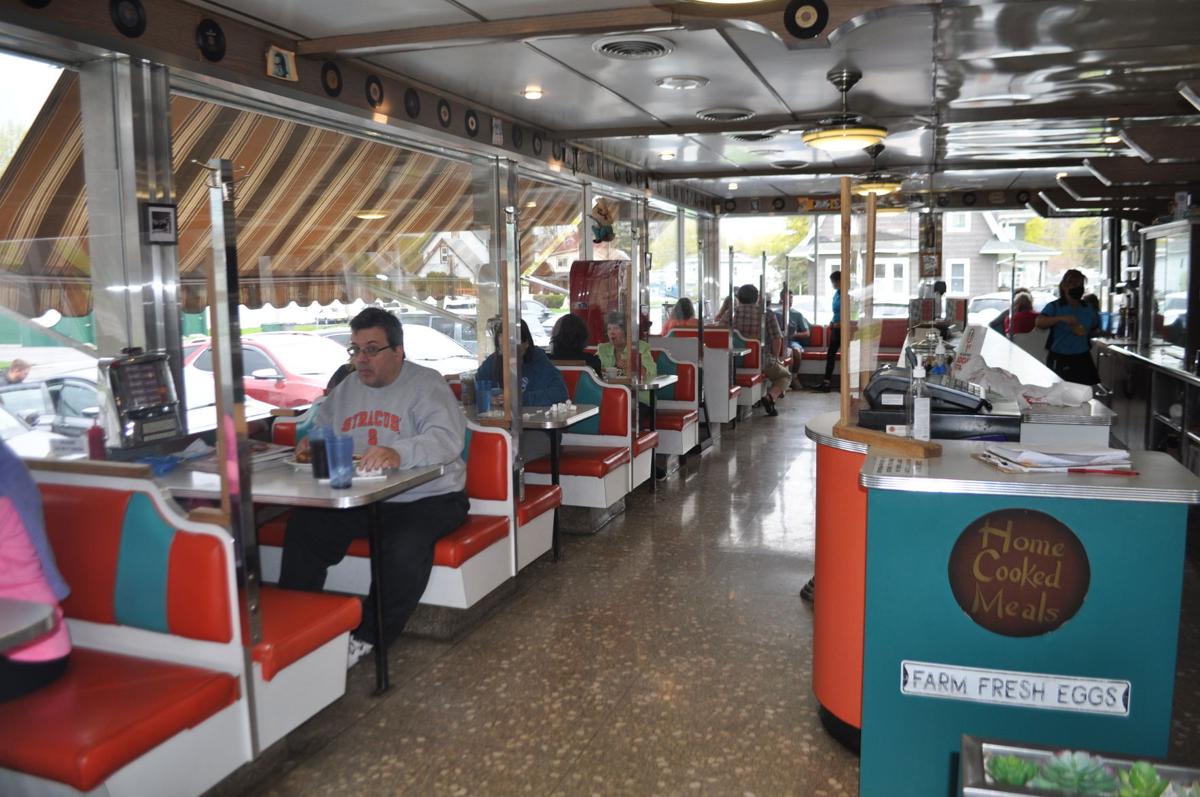 Connie’s Diner in Waterloo has decided to close on Sundays to give staff members another day off and more time with loved ones. The diner was its usual busy self this past Sunday, its last. 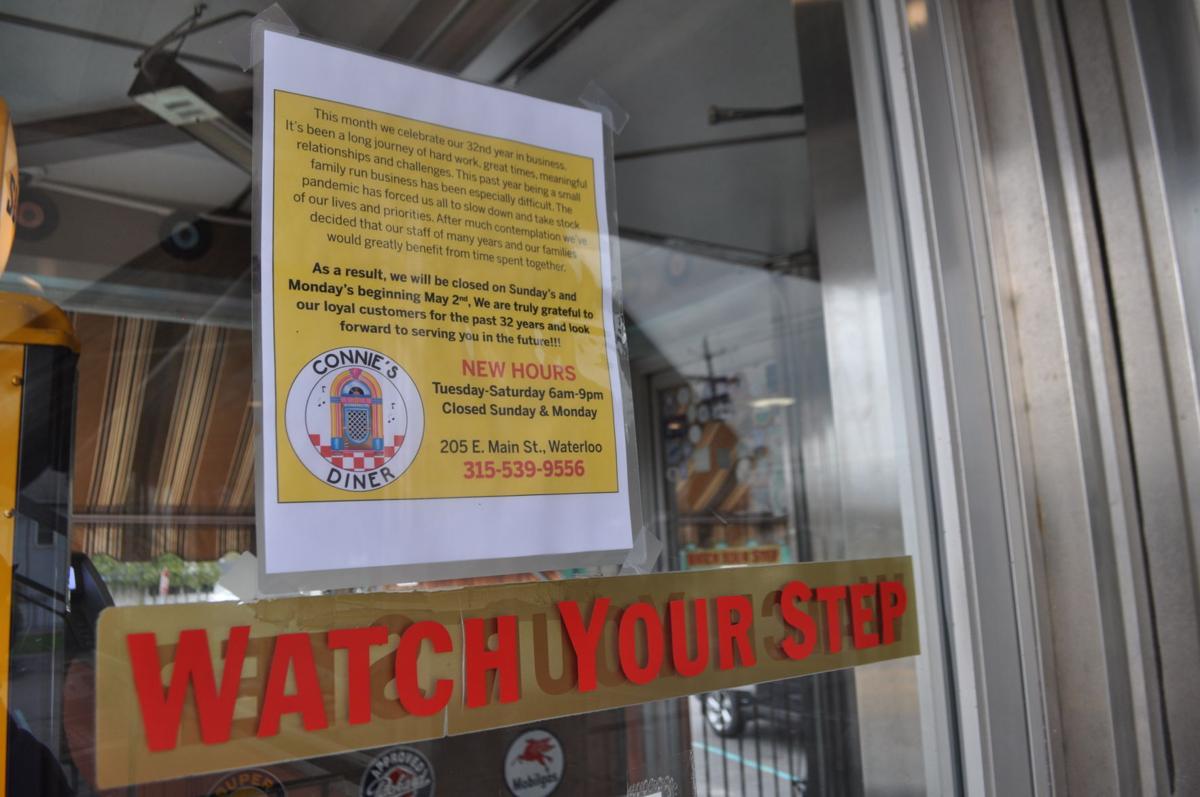 A sign on the door of Connie’s Diner in Waterloo informs customers that the diner will now be closed on Sundays. 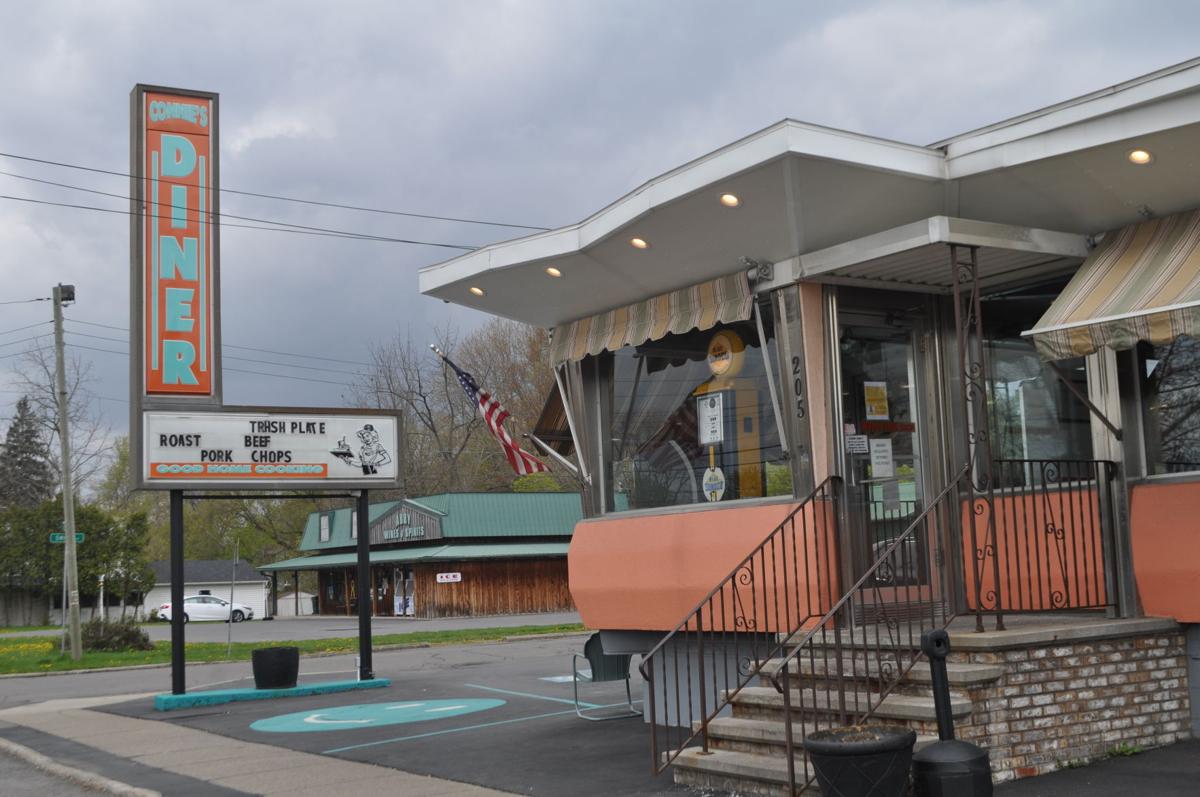 Connie’s Diner at 205 E. Main St., Waterloo, is now closed on Sundays, a decision prompted by the pandemic and the owners’ desire to give themselves and staff an extra day off to spend with loved ones.

Connie’s Diner in Waterloo has decided to close on Sundays to give staff members another day off and more time with loved ones. The diner was its usual busy self this past Sunday, its last.

A sign on the door of Connie’s Diner in Waterloo informs customers that the diner will now be closed on Sundays.

Connie’s Diner at 205 E. Main St., Waterloo, is now closed on Sundays, a decision prompted by the pandemic and the owners’ desire to give themselves and staff an extra day off to spend with loved ones.

WATERLOO — Beginning Sunday, the owners and staff of Connie’s Diner will be doing something they’ve never done — enjoying a slow weekend day to themselves.

Last week the iconic East Main Street diner in this Seneca County village announced it would no longer be open on Sundays, starting May 2. It was a decision prompted by COVID; not driven by economics, but by a reassessment of priorities and desire for better quality of life.

Adapting and running a restaurant during the pandemic has been an exhausting endeavor to say the least, said Paul and Carmen Caratozzolo, owners of the restaurant started by their mother, Connie, in 1989.

About 25 years ago the diner, then open seven days a week, closed for Mondays but has always remained open both weekend days. The challenges and stresses of running a restaurant business during the pandemic had made the brothers consider closing another day. After Carmen contracted a serious case of COVID around the holidays, it only became easier to put those amorphous thoughts into action.

“That’s when we really said what good is all of this if we don’t have our health,” said Carmen, who was hospitalized and required oxygen treatment at home as he recovered.

“We’ve been healthy all our lives,” Paul said, noting they don’t rely on managers and either he or Carmen is always working. “We’re getting older and it’s time to take a step back.”

That’s not to say it wasn’t a difficult decision. The diner was always open from 6 a.m. to 8 p.m. on Sundays and is one of the restaurant’s busiest days. Carmen said it’s a tradition for many people to stop in for breakfast after church, so he was sensitive to “letting people down.”

“That part was hard to let go,” he said.

Staff members, on the other hand, are looking forward to enjoying two consecutive days off (Sunday and Monday), the brothers said. The change does not affect staffing levels.

Signs informing patrons of the new hours are posted throughout the restaurant and the decision was announced on the diner’s Facebook page April 20. An ad also appeared in the Finger Lakes Times Saturday. The waitresses also reminded customers that this past Sunday was the diner’s last before the new hours go into effect.

The Caratozzolos have been touched by their clientèle’s understanding. The 70-plus Facebook comments have been supportive and the brothers said when they shared the news with longtime customers most indicated they were sad for themselves but happy for the Caratozzolo family and staff.

“They said, ‘We’ll miss our Sundays but we’ll be here during the week to see you,” Carmen said. “That actually makes us feel better.”

Early Sunday afternoon Connie’s was its usual busy self, with customers either enjoying lunch or a late breakfast served by waitresses in their classic teal and black uniforms.

Chris D’Amato and Jason Verkey, both of Seneca Falls, had stopped in for lunch, unaware it was the diner’s last Sunday. Verkey anticipates the change won’t seriously affect business because the diner has high traffic; D’Amato said he understood the rationale behind the change.

“Family is important,” he said.

A few booths over, Tom Liebner of Seneca Falls was enjoying a piece of cake and coffee after polishing off his usual Sunday sausage-and-cheese omelet. His Sunday routine is to stop by after church, eat and read.

“I’ve gotten to know a lot of people over the years,” he said, adding he, too, was unaware of the imminent Sunday closure.

Liebner noted Connie’s is always busy and there aren’t many other nearby restaurants that are open on Sunday and serve breakfast all day.

“I would have shown up next week and they would have been closed. ... I’ll have to come early before work some day for my breakfast tradition,” he said.

"This month we celebrate our 32nd year in business. It's been a long journey of hard work, great times, meaningful relationships and challenges. This past year being a small family run business has been especially difficult. The pandemic has forced us all to slow down and take stock of our lives and priorities. After much contemplation we've decided that our staff of many years and our families would greatly benefit from time together."