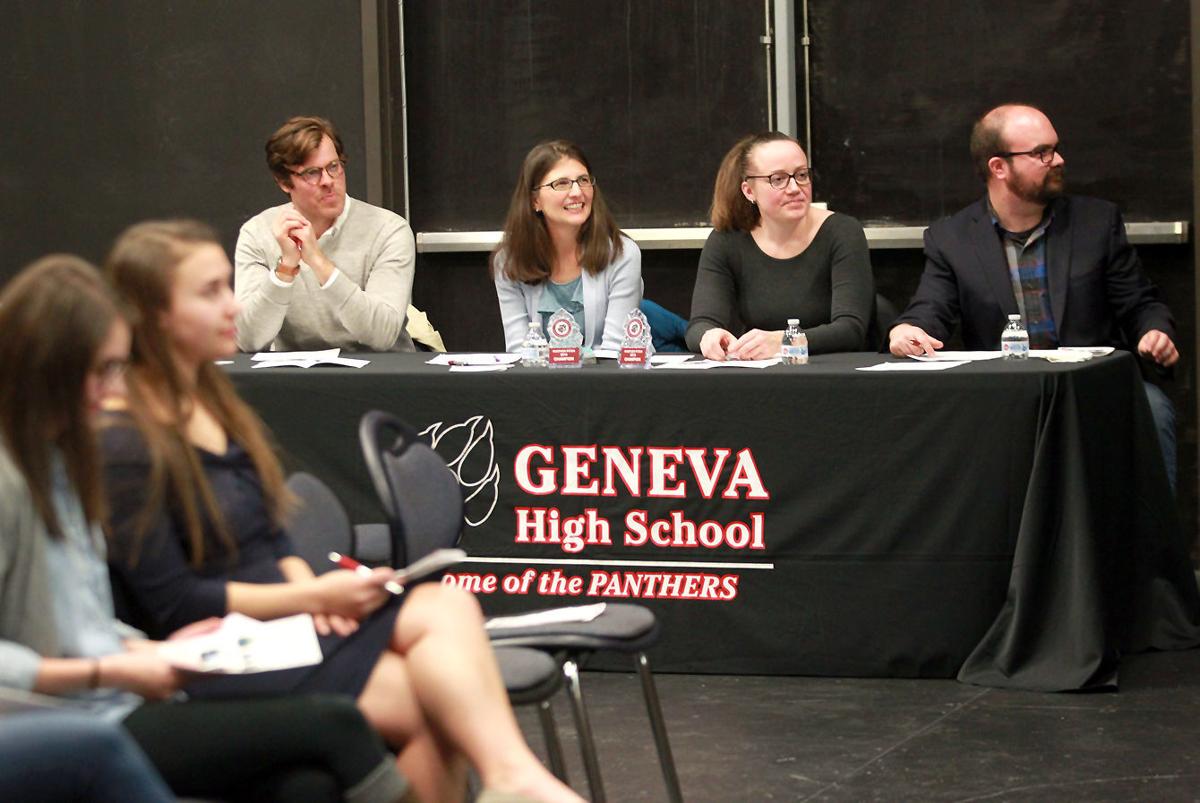 Sage Gerling, at table second from left, City Council’s choice to serve as city manager, helps judge at the annual Panther Pitch at the Geneva Community Center in April. The city announced Friday that she had accepted the job. 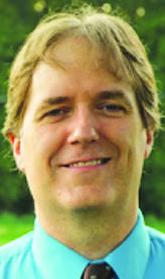 Sage Gerling, at table second from left, City Council’s choice to serve as city manager, helps judge at the annual Panther Pitch at the Geneva Community Center in April. The city announced Friday that she had accepted the job.

Sage Gerling, whose candidacy for the position brought support from disparate groups in the community, is set to be the next city manager following a long search that was criticized in some quarters for being overly secretive.

Gerling has agreed to a contract that will pay her $110,000 per year, and she will be officially appointed at Wednesday’s regular Council meeting.

Gerling issued a statement Friday to the Finger Lakes Times expressing appreciation for her selection.

“Having the opportunity to serve City Council, city staff and community members as city manager in the city that I love will be an honor and a privilege,” she said. “The word that keeps coming to me about how I feel with City Council’s decision is ‘blessed.’ I am grateful to City Council for selecting me to support them as they serve the city. I am grateful that the city of Geneva has an incredible team that works hard. I am grateful for passionate and caring community members, businesses and organizations that put their creative energy into making Geneva a wonderful place to live, work and play. I am grateful to Doris Myers and Adam Blowers who would like to continue in the city management team roles as I transition out of the Office of Neighborhood Initiatives.

“Achieving the vision of our comprehensive plan of a Beautiful, Prosperous, Equitable, Connected and Sustainable Geneva will continue to be a priority for me and the city. In my application for city manager I proposed Adam Blowers take on an assistant city manager role in addition to being city comptroller, and I look forward to solidifying these details in the near future.”

While sources were acknowledging that Gerling had been offered the job, requests for confirmation proved unsuccessful Friday morning until a letter was sent out by the city, with Mayor Ron Alcock announcing that Gerling would succeed longtime manager Matt Horn, who departed in January.

“Council members have been very pleased with all of the work that the city manager team has done during this interim time and appreciates their work to keep our city going in a forward direction during this search process,” Alcock said.

The mayor expressed thanks to “all of the community members, including our search committee, for all of your feedback and conversations regarding the city manager search. In addition to community members, we heard from several of Sage’s colleagues on her competence and their confidence in her leadership of the city team.”

Alcock said she “has been a critical part of so many successful aspects of Geneva, fully knows the comprehensive plan and can lead our city in a direction that will continue to create the best Geneva we all love.”

The Finger Lakes Times sent emailed requests for comment to all members of Council, but Fifth Ward Councilor Jason Hagerman was the only member to respond as of Friday afternoon.

“I am confident that Sage will be a great city manager for Geneva,” he said. “Despite her initial disinterest in that role, she then jumped in with both feet. In her application she exhibited a unique perspective, and based on her work here, she clearly understands Geneva, both in opportunities and in challenges. Regarding the criticism of the process, it’s part of the gig. I felt that Council had a good process, nearly identical to when we had hired Matt Horn. Speaking of Matt Horn, this appointment speaks to the team he left us with as his legacy, so if you’re reading, Matt, thank you!

Two critics of the search process, but supporters of Gerling, believe the community support she garnered — including an online petition — was critical to Council’s selection.

“If not for the groundswell of support from the people of Geneva after the search process was exposed, our city likely would not be so fortunate to be celebrating the hiring of a highly qualified and deeply respected woman, Sage Gerling,” said Jim Meaney, who operates the blog “Geneva Believer,” which has been harsh in its criticism of the city manager search process. “While Sage’s appointment represents an exciting and important change at City Hall, City Council still needs to explain how two other candidates with serious questions about their professional pasts came so close to being hired until the community stepped in to right the ship.”

Meaney was referring to candidate Rick Finn, who took a job in Watertown, and Martin Murphy, who was also a finalist. Both men had what Meaney and others allege were checkered work histories in their past jobs in government administration.

Hannah Dickinson, a member of the Geneva Women’s Assembly, said public pressure helped City Council make what she believed was the wise choice.

“The people for Geneva fought for hard for this victory,” she said. “From petitions, to community meetings, to rallies outside City Hall, Geneva residents made it clear that we want a city manager who has integrity, listens to the people, values our diverse community and puts the needs of residents above profit or self-interest. While it is unfortunate that Council approached the search process with all-to-typical secrecy and cronyism, the Geneva Women’s Assembly is pleased that Council ultimately responded to the will of the people and selected Sage Gerling to be Geneva’s next city manager.”