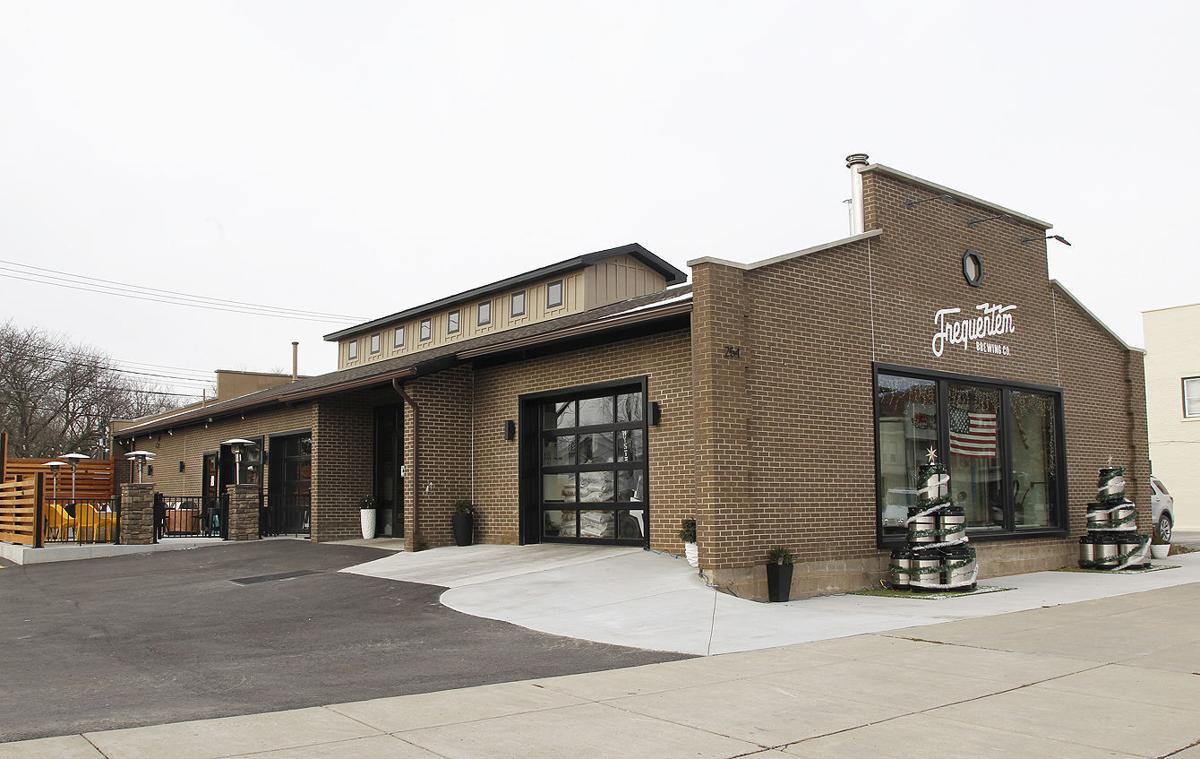 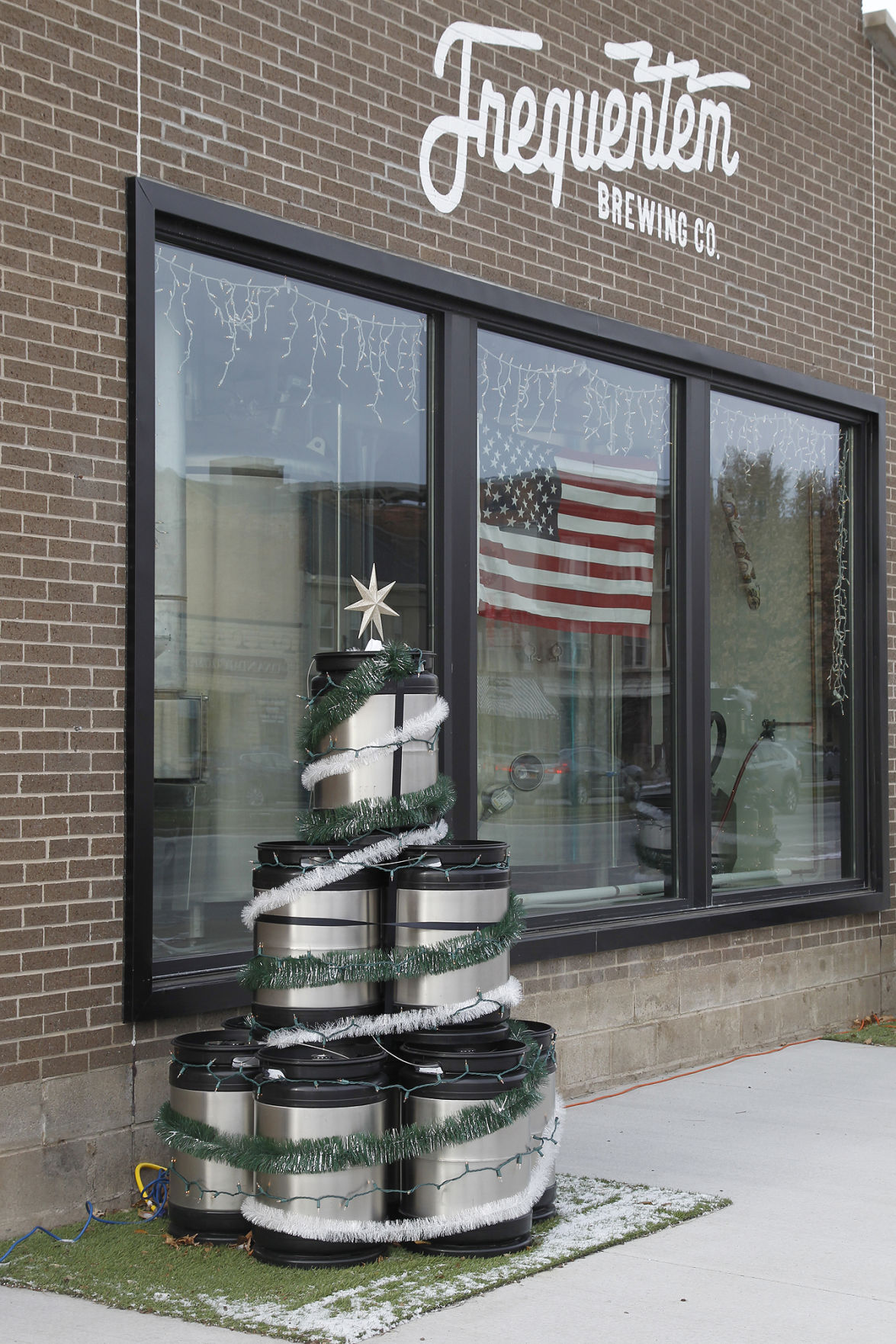 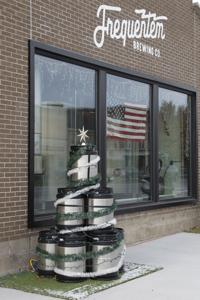 “It was fun,” David remembered. “We’d brew beer a couple times a week, experimenting and researching. We drank some and gave it away to friends, family and coworkers.”

Something else was brewing for the Farmington couple: The desire to make beer on a bigger scale.

They haven’t quit their day jobs yet — Meagan helps run a machine shop in Rochester, while David is a mechanical engineer working in Honeoye Falls — but they are realizing their dream.

The D’Allesandros opened a full-scale brewery at 254 S. Main St. in downtown Canandaigua late last summer. They bought a closed Byrne Dairy store, gutted the interior, and made many other renovations.

The name, Frequentem Brewing Co., is derived from Latin and translates roughly into “a social space to gather.’’

“We first looked at a place on Phoenix Street,” Meagan explained. “It would have been a lease, and we were limited on the alterations we could make to turn it into a brewery we wanted.”

“We passed on that, but a short time later we saw the for-sale sign at the old Byrne Dairy store at 254 S. Main St.,” David added. “It’s a great location and has room for off-street parking. The building was a good size, so we jumped on it.”

Meagan’s father bought the property, and they leased it from him in September 2019. After about eight months of gutting the interior down to the brick and trusses, they spent several more months ordering and installing modern, state-of-the-art brewing equipment. They hired local contractor Brandon Adams and Superior Plumbing to convert the building into a full-fledged brewery with indoor and outdoor seating and a renovated interior and exterior.

The front of the building, where ice cream cones once were sold, houses the large kettles and tanks used to ferment and make beer. There is a long bar in the center, offering draft and canned beers made entirely by the couple.

“I can experiment with the ingredients. That’s a big reason why I love brewing,” David said. “It’s a simple process, but involves a complex procedure to make it come out right.”

Visitors can enjoy pizza, bread bags and popcorn with their beers. They also sell wine and hard cider made by other producers.

They were in the middle of construction when COVID-19 arrived in March 2020. Regulations on social gatherings, the lifeblood of a businesses like Frequentem, affected their plans, but did not stop them from opening.

“We were ready to go. We had no choice,” Meagan said. “There was a slight delay in the liquor license, but it all came together.”

“We have made a substantial investment in this,” David said.

Patrons can buy 32-ounce cans to take home. The hops, grains and barley used to make the beer come from New York state. Frequentem offers eight IPAs, several with fruit flavoring such as plum, cranberry, apricot, pineapple and grapefruit. They make cream ale too. Their brews range from 4.6% to 8.1% in terms of alcohol by volume.

In the future, the D’Allesandros hope to make kegs part of their offerings.

“We had a pretty busy summer and fall, but things are slower in the winter,” David said. “We have outdoor heaters and fire pits to keep customers warm.”