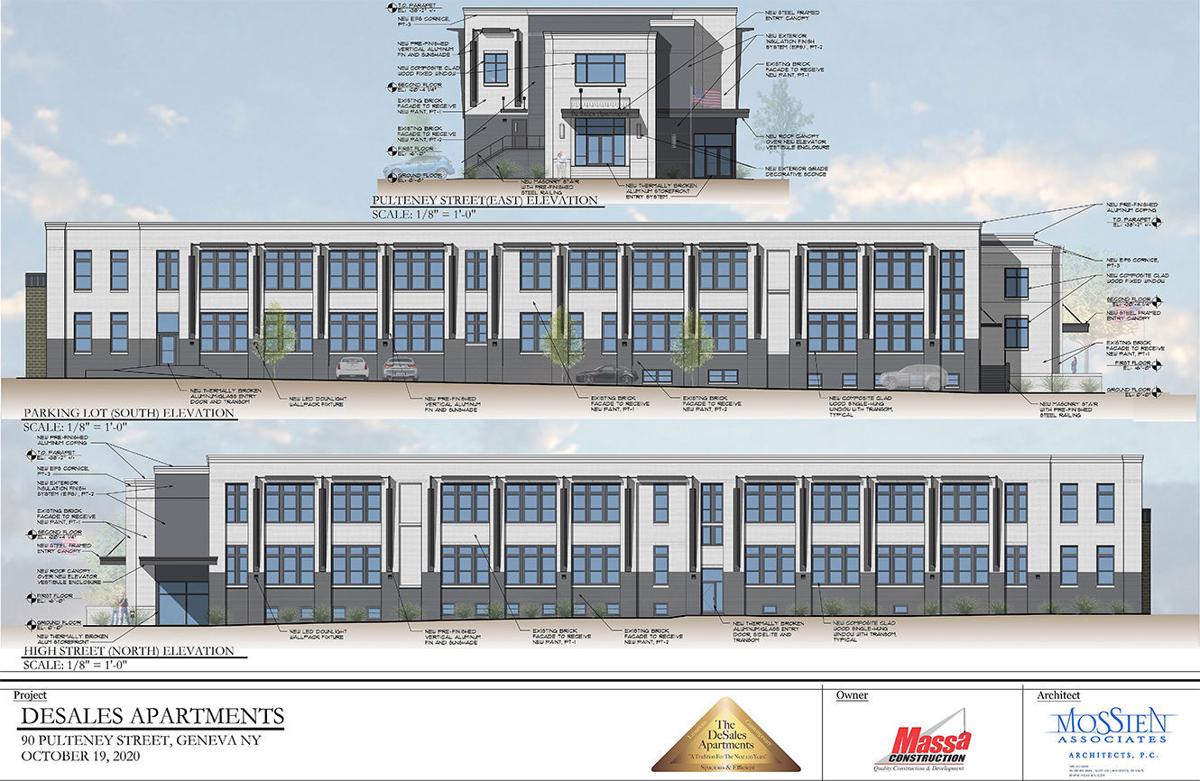 A rendition of what the outside of DeSales Apartments, the former DeSales High School, will look like when finished. 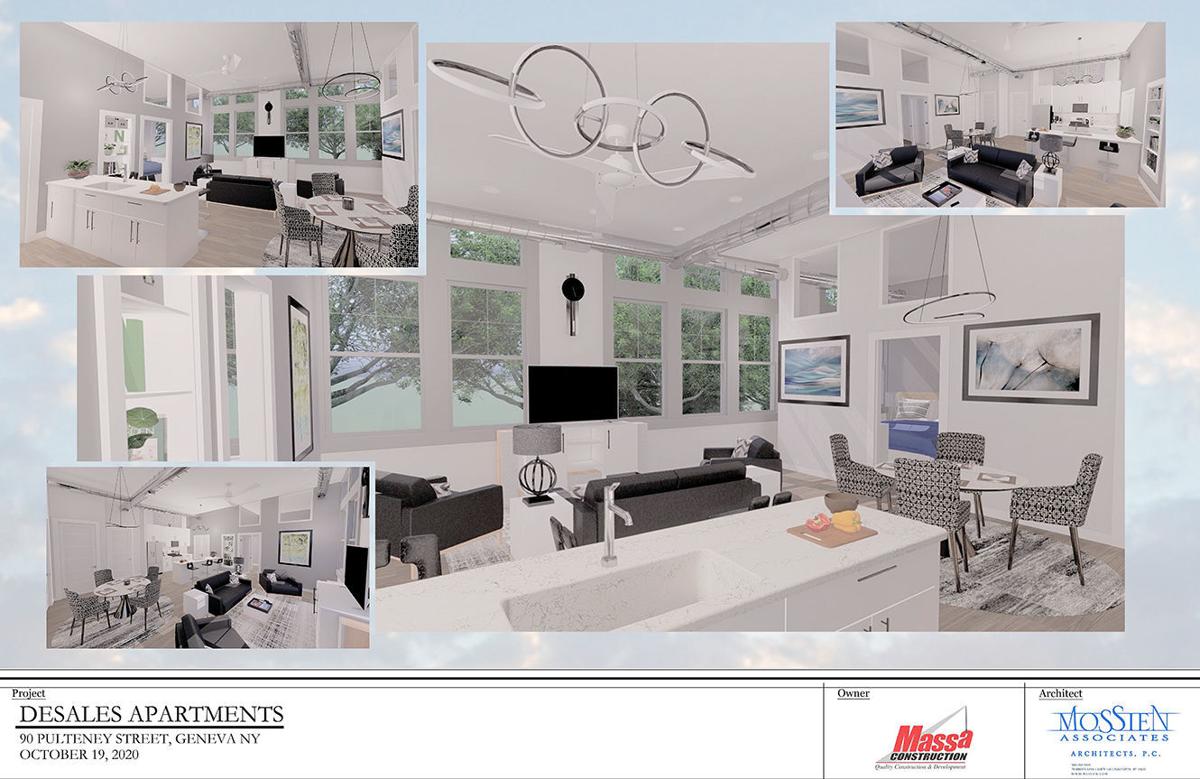 A rendition of what the inside of DeSales Apartments, the former DeSales High School, will look like when finished.

A rendition of what the outside of DeSales Apartments, the former DeSales High School, will look like when finished.

A rendition of what the inside of DeSales Apartments, the former DeSales High School, will look like when finished.

GENEVA — Due to a delay at the county level, the city Planning Board was unable to conduct a review Monday evening of Massa Construction’s plan to convert now-vacant DeSales High School into 15 apartments.

The Ontario County Planning Board was supposed to perform its review of the site plan and architecture last Thursday, but that didn’t happen. The county’s decision would have been presented to city planners as part of their review, but absent county input, the city board was unable to act.

The matter will be delayed until December.

DeSales opened in 1914 and closed exactly 100 years later. Our Lady of Peace Parish

sold the building to Massa Construction for $380,000 in 2018. Company president Nick Massa once attended DeSales.

Plans call for building seven apartments on the first floor and eight on the second floor. The one- and two-bedroom units would range in size from 932 square feet to 1,632 square feet, with open kitchens and laundry facilities. A storage area would be created in the basement and an elevator installed. The exterior would receive a major facelift, with a new roof, windows, facade, lintels, and doorways on three sides, a revamped parking lot, fencing, and landscaping.

The school gymnasium is not part of the project. It is used by St. Francis-St. Stephen’s School, which is across the street from DeSales.

Also Monday, the city Industrial Development Agency and Local Development Corp.’s subdivision plan for six parcels at the northeast corner of North Exchange and East North streets was delayed as well, for the same reason as the DeSales project. The IDA and LDC want to combine the property into one lot to be sold to a potential developer.

The city Planning Board did approve an addition to a house at 53 Norwood Ave. as proposed by the owner, The Lochland School.