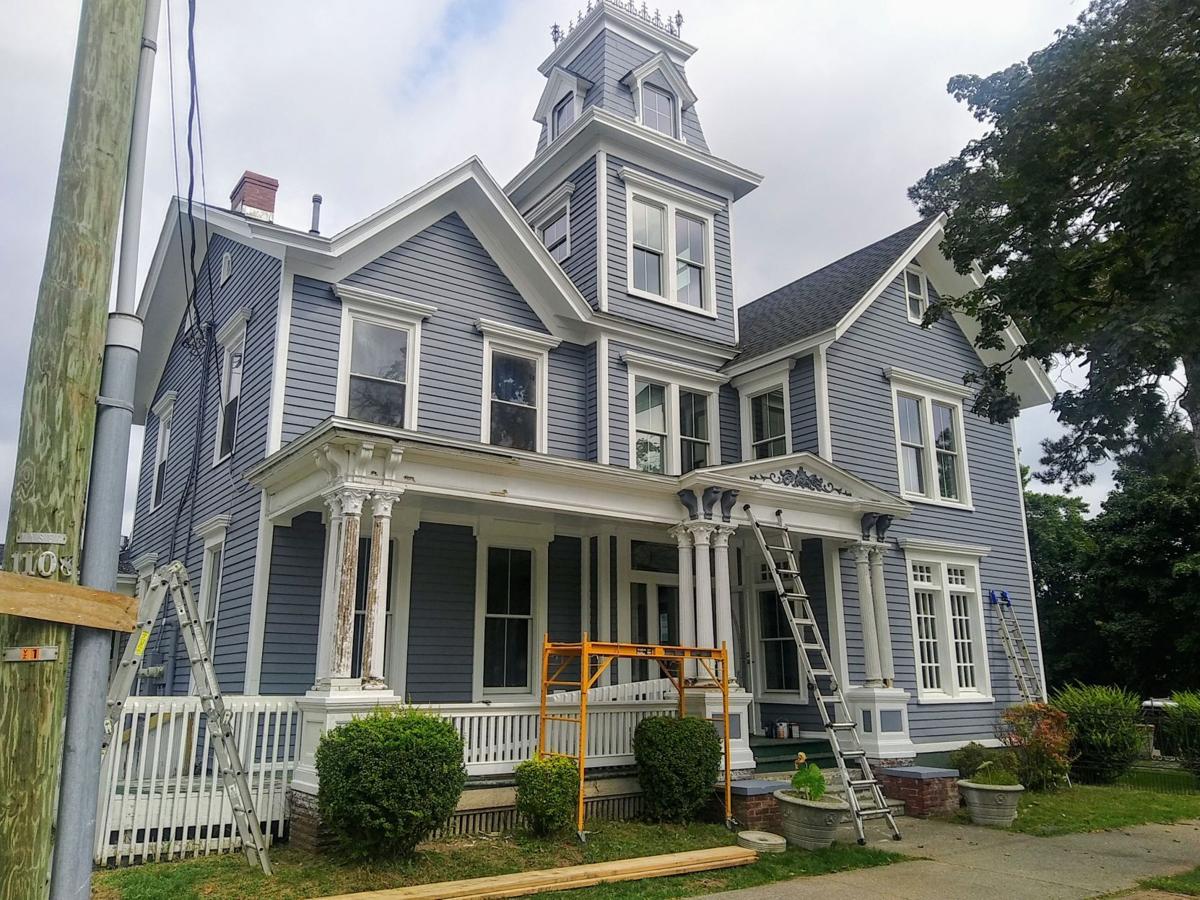 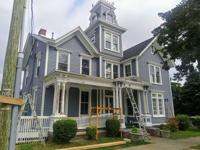 The Garlock House, built in 1812, is undergoing renovations that include a slate gray exterior. 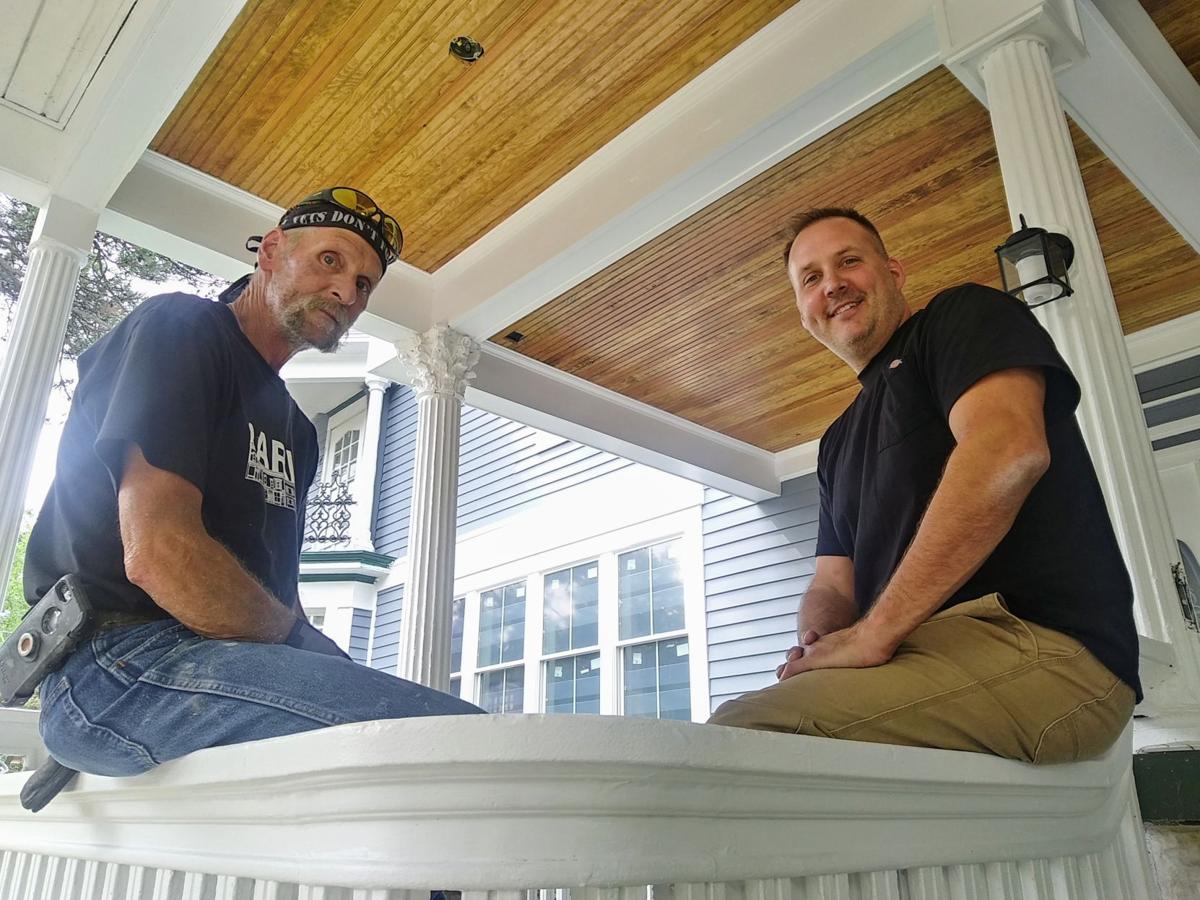 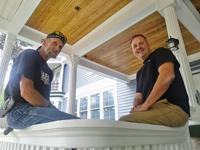 Developer Tom Salviski (right) sits on the side porch of the Garlock House with Bill Woodward, who is leading the renovation of the building, constructed in 1812. 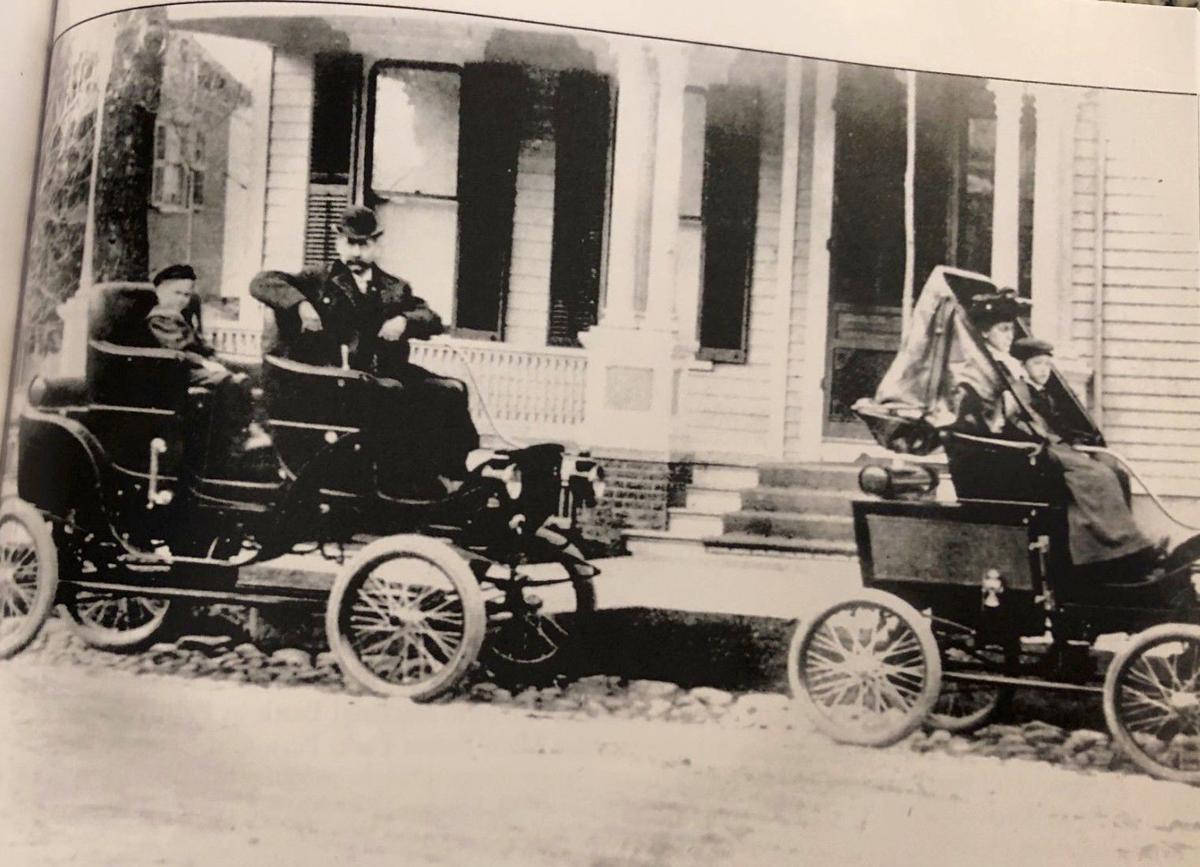 O.J. Garlock, founder of Garlock Packing, is seen with his 1901 Toledo Steamers, one of the nation’s early automobiles, in front of the East Main Street, Palmyra, home that bears his name. 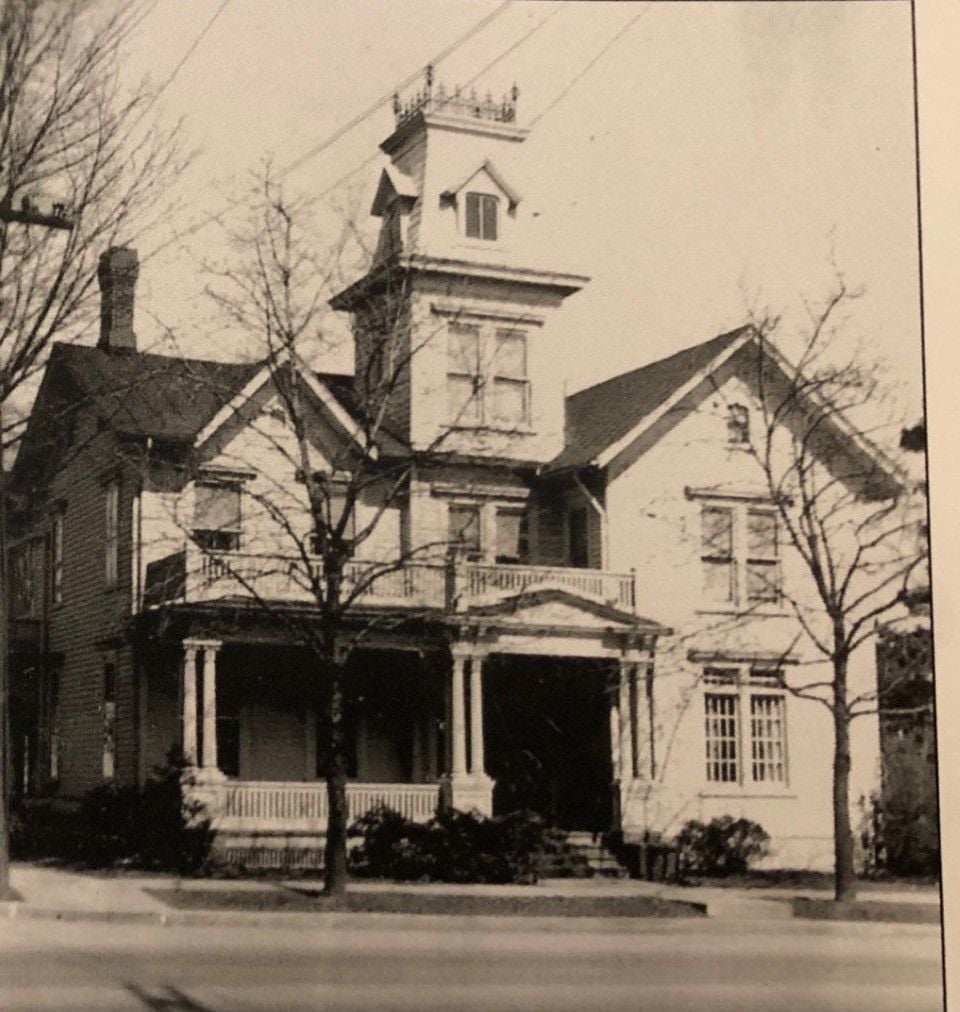 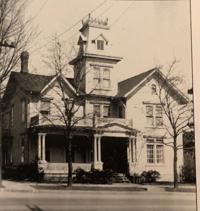 The Garlock House, built in 1812, is undergoing renovations that include a slate gray exterior.

Developer Tom Salviski (right) sits on the side porch of the Garlock House with Bill Woodward, who is leading the renovation of the building, constructed in 1812.

O.J. Garlock, founder of Garlock Packing, is seen with his 1901 Toledo Steamers, one of the nation’s early automobiles, in front of the East Main Street, Palmyra, home that bears his name.

PALMYRA — Developer Tom Salviski loves to learn the history of the buildings he buys and rehabilitates.

His latest project, the renovation of the Garlock House in the village of Palmyra, has plenty of that.

The building at 401 E. Main St. was built in 1812, five years before the opening of the Erie Canal, which turned Palmyra into one the region’s most prosperous communities and led to its unofficial title, Queen of Canal Towns.

The building’s namesake is O.J. Garlock, founder of Garlock Packing, one of the county’s largest employers for more than 100 years.

However, for many others, the stately building is home to what was at one time one of the region’s most popular restaurants, drawing diners from well beyond Wayne County’s borders.

Sadly, the spot’s most recent history is far less notable. It hasn’t housed a restaurant for years, and it had fallen into disrepair after decades of neglect.

Its decline saddened Elaine Parnell of Macedon, who managed restaurants under two different operators there in the late 1990s and early 2000s.

Parnell now has reason for optimism. The building has undergone a transformation under Salviski, who, with his crew, has been rehabbing the building since spring.

After viewing the rehab work from her car, Parnell decided to stop in. She was stunned with what Salviski and his crew had accomplished.

“Oh, my word, it’s unbelievable,” said Parnell. “He has brought it back to life. He has put so much into that building.”

Salviski said he sees potential in properties where others may not.

“I’m an investor, and I tend to gravitate toward hidden gems,” Salviski said while checking on renovations at the site with master craftsman Bill Woodward, who has done much of the rehab with fellow employee Shane Scaggs.

The Garlock House project follows the renovation of a large block of connected, historic buildings Salviski owns on Main Street in Marion. And last year he sold the former Jackson and Perkins greenhouse complex in Newark to a Colorado-based CBD products and seed grower.

With those Marion Main Street building spaces filling up, Salviski moved onto the Garlock House, which he purchased last fall.

He said that while the Garlock House was in good shape structurally, there was much to do: new HVAC; a new roof; replacement of a large section of the wall surrounding the east entrance; new electrical wiring; new wood windows; and new cedar siding on the front of the building. It also has new paint, with a move from white to slate gray.

“I counted a dozen layers of paint,” he said.

The work was necessary if the building was going to last another 200 years, said Salviski.

“Everything I’m doing now had to happen (to make it marketable),” he said. “This property had been in neglect for decades.”

He has gathered a large number of photos from various periods of the building’s past, which have guided some of his restoration decisions.

“I’m trying to bring back what it used to be,” the Penfield developer said, adding he’s glad to have Woodward leading the project for him. He calls him a craftsman.

“I love it,” said Woodward, of Marion. “I’ve been doing this for 40 years. I like the challenge.”

He also appreciates the trust Salviski has placed in him.

“He says, ‘I’d like it to look like this,’ and he walks away,” said Woodward. “He lets me use my imagination.”

Salviski was preparing the property for a Mexican restaurant, fixing the kitchen floor and adding a walk-in cooler, but the potential operators backed out. However, he still sees a restaurant as the highest use of the property.

“I feel that in Palmyra there is a void,” for the dining experience beyond the family restaurant or cafe, he said.

And while the restaurant industry is struggling under COVID-19, with capacity limits and entertainment offerings, Salviski remains bullish on the industry’s future.

“People are going to come back to restaurants,” he said, emphasizing that he has no interest in becoming a restaurant operator himself.

He’s been reaching out to potential operators, but admits it could take time, given the pandemic.

And while he would consider another use for the property, his priority is bringing back dining to the Garlock House.

Most of the renovations are complete, and Salviski will do more when he gets a tenant, he indicated.

He and his crew’s next project is the Naples Hotel, where they will do renovations of the lighter variety on the landmark building. The hotel is open, but the restaurant is currently closed.

As for the Garlock House, Parnell, who works at Rochester Regional Health, is hoping to return if a restaurant reopens at the site. She said restaurant work is in her blood.