Paleontologist Matt Lamanna’s latest find, which is colored red, is shown in comparison with other dinosaur species. 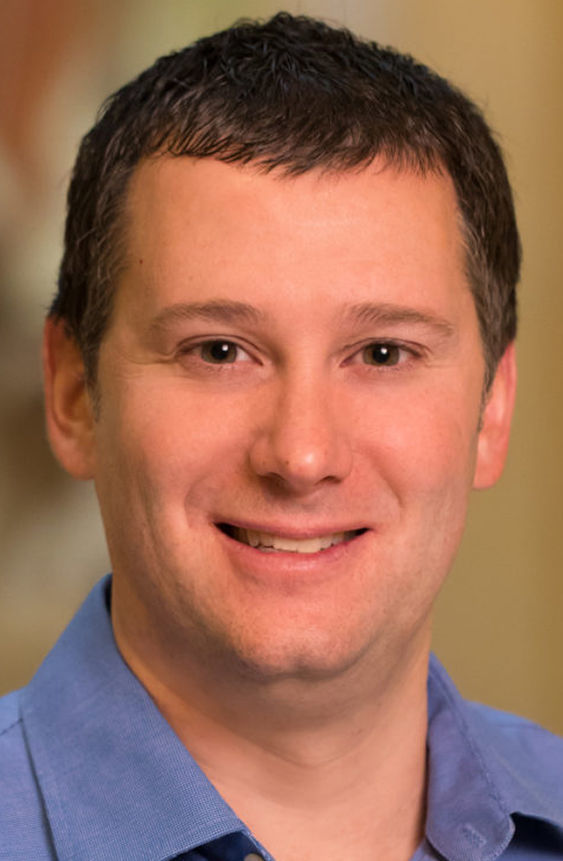 WATERLOO — Ask Matt Lamanna when his interest in paleontology was born, and he provides the answer quickly.

“I was one of those kids who always loved dinosaurs,” Lamanna, now 42, said.

A Waterloo native, his love of the extinct creatures has taken him to many parts of the globe. Antarctica, Argentina, Egypt and China are just a few of the places he’s visited.

Lamanna has made international news yet again recently. He was part of a team that included Dr. Hesham Sallam, a lecturer in geoscience at Mansoura University in Egypt, and Sallam’s students who discovered the remains of Mansourasaurus shahinae, a species from the end of the age of dinosaurs.

“It’s a significant discovery, as dinosaurs from the end of the age of dinosaurs are hard to find in Africa,” explained Lamanna, the assistant curator of Vertebrate Paleontology at the Carnegie Museum of Natural History in Pittsburgh.

One of Lamanna’s close friends from his college days at Hobart, fellow researcher Patrick O’Connor, had been working with Hesham on an independent project. Lamanna, who shares a similar interest in the Cretaceous Period — the last of the three time frames that made up the Mesozoic Era, often referred to as the Age of Dinosaurs — talked with O’Connor about his work and decided that working together would be in their best interest.

“It was better to work together than separately towards the same goals,” said Lamanna, who lives in Seven Fields, Pa., with his wife, Mandi.

The work produced by Hesham and his students, most of whom were female, attracted Lamanna’s interest.

“When Pat O’Connor saw how excited I was, he invited me to be a part of it,” Lamanna recalled.

What the group found was a sauropod, or small-headed, long-tailed dinosaur similar to that of a brontosaurus. It weighs five tons — “the weight of a zoo elephant,” Lamanna said — and checks in at 30 feet long. It’s roughly the same length as a school bus.

While it may sound impressive to the average person, Lamanna called it small beans compared to much of his other work on dinosaurs.

The significance of this discovery, Lamanna says, reveals a lot to scientists about how little information they have about that period.

“Thirty million years ago, we don’t know what was living on an entire continent,” Lamanna said. “It goes to show how little we scientists know.”

Lamanna graduated from Waterloo High School in 1993, then spent four years earning a degree at Hobart. It was there he was able to pursue his interest of dinosaurs with the help of former geoscience professor Don Woodrow. Actually, professor James Ryan of the biology department stoked Lamanna’s passion before he arrived on the Geneva campus.

“Woodrow was the first paleontologist that took my interest seriously,” Lamanna said. “Both were really supportive of me, which was a big deciding factor of attending Hobart.”

The mid-1990s proved to be a good time for Lamanna to dive into Southern Hemisphere paleontology since little was known about dinosaurs south of the equator. In addition to studying at Hobart, National Geographic helped him understand more about dinosaurs.

Lamanna followed his time at Hobart by getting his master’s from the University of Pennsylvania in 1999 and his doctorate in 2004. During the same year, he began doing research at the Carnegie Museum of Natural History, eventually landing in his current position.

“It was a huge honor,” Lamanna said, before adding that he is basically “the head of the dinosaur department.”

His immediate future now focuses on writing scientific papers on his recent finding, along with continuing his research on the Antarctic Peninsula Paleontology Project. He has been a part of that since 2009, and was promoted to lead principal investigator in 2012.

Lamanna hopes his path in life inspires people back home with similar interests.

“Maybe’s there’s a kid right now in the Finger Lakes Times’ readership who sees there’s a paleontologist in Pittsburgh who becomes inspirational to them,” he concluded.