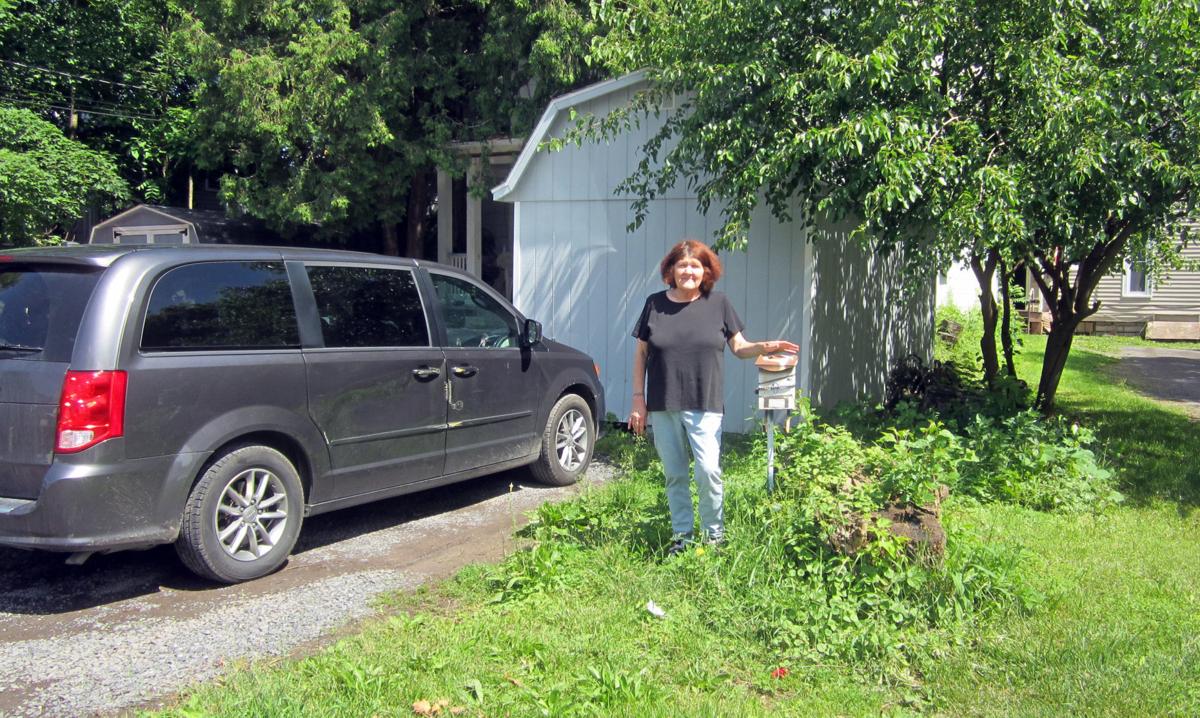 Gail Fridley moved her mailbox from the porch to this spot. 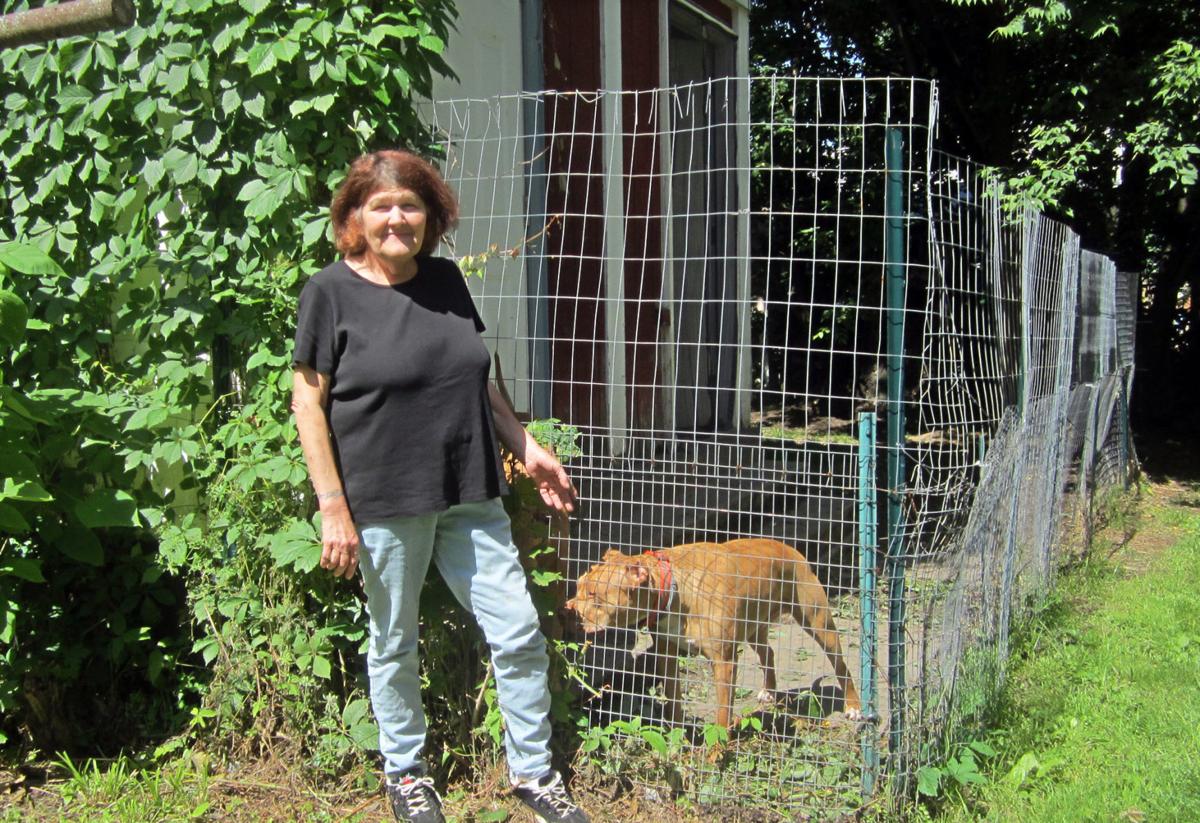 Gail Fridley and one of her two dogs inside the fence. 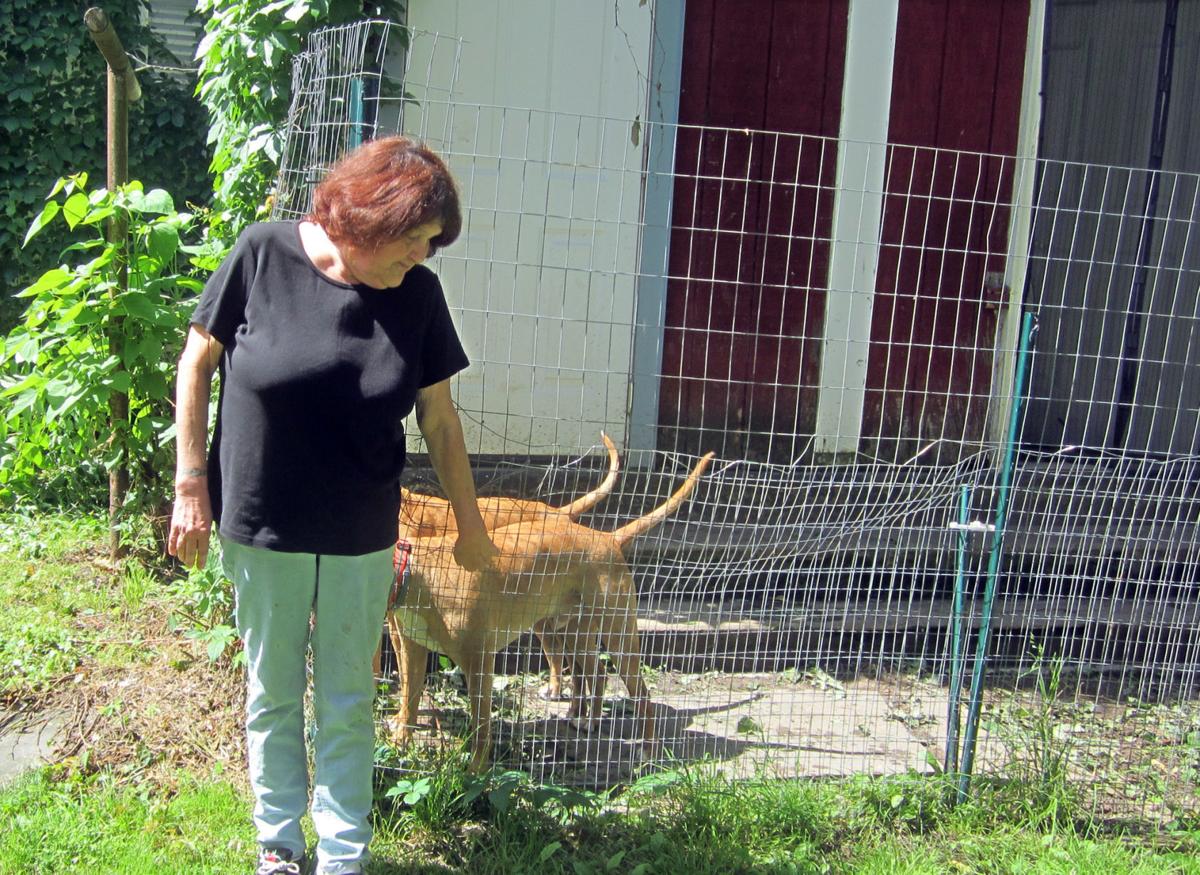 Gail Fridley moved her mailbox from the porch to this spot.

Gail Fridley and one of her two dogs inside the fence.

WATERLOO — Man’s best friends have been known to be mail carriers’ worst enemies at times.

David and Gail Fridley have two pitbull mix dogs at their 9 E. Elisha St. home, and the Waterloo Post Office has not delivered mail to their house for nearly two weeks. The Fridleys say they’ve done all that’s been asked of them to keep the dogs fenced in or inside the house when the carrier reaches their neighborhood.

Postal officials agree, in part, but said mail delivery will not resume until all steps they’ve been asked to take have been completed. They say the Fridleys need to contact Postmaster Mark Washburn to schedule a visit to their property to check for compliance.

If all is in order, they say mail delivery will resume. Meanwhile, Gail Fridley has rented a post office box for $82 for a year.

“I’ve done everything they asked, even fixed a gap in the fence they didn’t like,” she said Tuesday. “I’m the only one not getting mail and it’s very upsetting. I almost think it’s become personal.”

The Fridleys have lived in their home for 17 years, but the current issue began when they acquired their first dog five years ago. “Ziggy” was a pitbull-bulldog mix and was chained to the front porch on occasion. The mail carrier was uncomfortable and asked the Fridleys to move their mailbox from the porch to closer to the street, which they did.

“Ziggy barked when people walked by, but he was not aggressive. The neighborhood kids all liked him,” Gail said.

The Fridleys got a second dog from the Beverly Animal Shelter about two years ago. Ziggy got sick and had to be euthanized a year ago, and the Fridleys went back to the shelter and adopted their remaining male sibling from the same litter.

They fenced in the back yard and kept the dogs there when the mail carrier came. But the carrier asked that they keep the dogs inside from 8 to 10 a.m., just to be sure. The carrier reached their neighborhood a little after 9 a.m. each day.

“Then they asked us to increase the height of the fence in the back, which we did,” Gail said.

But mail delivery for the Fridleys and occupants of a five-unit apartment building behind the house still stopped. The Fridleys had Dog Control Officer Dallyn Jenkins of the Beverly Animal Shelter over to assess the situation. Jenkins found no threat to a mail carrier and told the postmaster so.

“I did all I was asked to do and they didn’t keep their promise to resume mail delivery. It’s very frustrating. My husband has a prosthetic leg and uses a scooter. It’s hard for him to get in the post office to get mail. There’s no reason the mail can’t be put in our box mounted on a post near the driveway,” Gail said.

Upstairs tenant Scott Harrington said the dogs are friendly and have access to his living area, visiting him frequently. “They are well behaved and not a problem,” he said. Both said local children play with the dogs and give them treats.

“There is no issue with the dogs. They are fenced in and not out when the mail carrier comes. I told the postmaster this it was a safe situation,” Jenkins said.

“It’s the dog owners’ responsibility to have a safe venue to deliver mail. We noticed a gap in the fence they installed that could allow the dogs to get out. If they fix that, the carrier would be secure and safe in delivering to that customer,” Lawrence said.

“If we are asked to come back and look at the situation and determine it is safe, we will do that. There is no issue with resuming home delivery. It’s our goal to deliver mail to people’s homes,” Lawrence said.

Lawrence said that in 2018, there were 5,714 incidents nationwide of Postal Service employees being bitten by dogs, averaging 15 a day.

Fridley said Tuesday that she may try calling again but isn’t optimistic.

In the Sept. 26 edition of the Times we presented a series of Sports Looking Back stories chronicling great teams and individuals from the area’s past. What do you consider the greatest team achievement in sports?

LEGAL NOTICE Notice is hereby given that an order entered