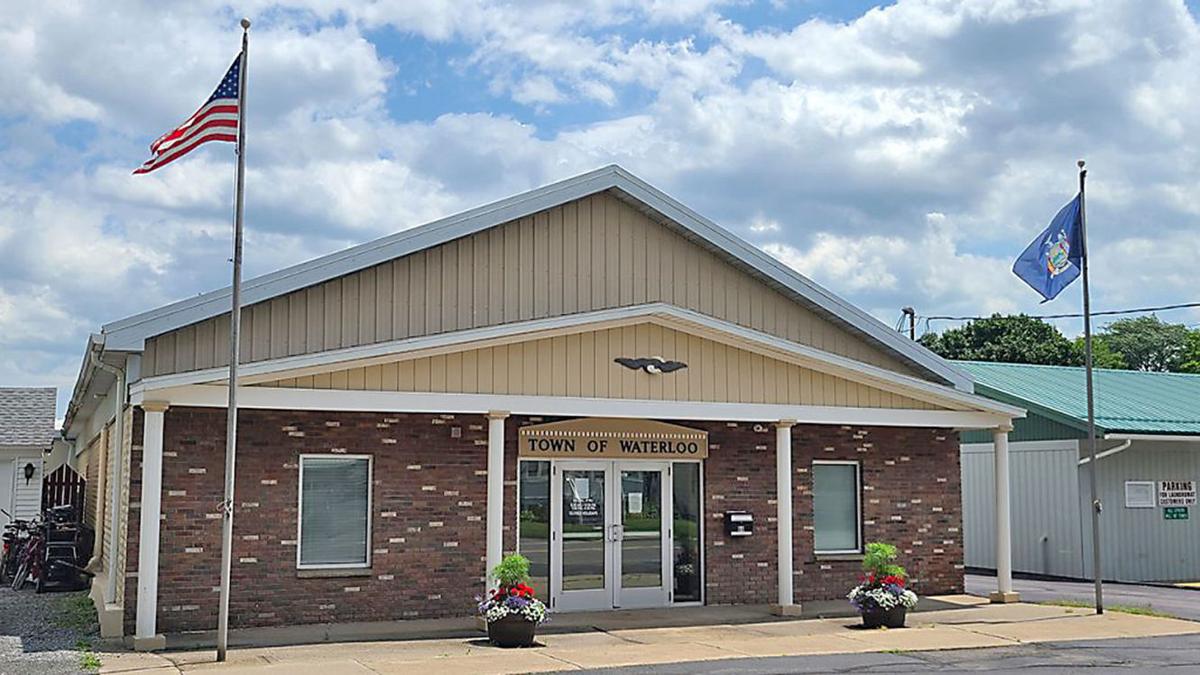 The Waterloo town office is on Virginia Street in the village.

The Waterloo town office is on Virginia Street in the village.

WATERLOO — Eileen Temple was elected Waterloo town clerk in November. The Republican defeated Renee VanDeventer by 168 votes and was due to begin a four-year term Jan. 1.

However, Temple said earlier this week she will not take office because of a dispute over health insurance and hours.

She said when she was asked to run for the Republican nomination, she posed several questions.

She said at some point after she agreed to run, she was told there was no health insurance and the salary was $35,000 a year.

“I immediately began reaching out to whomever I could to find out if this was true. I found out it was true,” she said. “I had to find out on my own, as I called (Town Supervisor) Don Trout at least two times, and he never returned my call.

“I couldn’t believe it,” Temple continued. “I agreed to serve the people in this community. ... Once I was elected, I felt even more responsible to uphold my commitment. Don Trout finally called me, but only to question a rumor that I may not take the position, and he wanted to know if it was because the expectation was to begin training in December.”

“If you don’t retire before you hold the elected position, the cap goes into place,” she said she told Trout.

Trout issued the following statement on the matter: “Eileen was not misled about pay, benefits or hours. We will be appointing someone at our (Jan. 24) meeting. The town needs a clerk.”

Temple said she met with outgoing clerk Sandy Ridley to discuss the job and was told it was full-time and she could hire a deputy clerk for $15,000 a year. Temple said she then talked with Town Board member Mike Pfeiffer and was told nothing could be done about health insurance or hours, as they are set by the board.

Temple said she was called at the beginning of the year and told she was expected to be in the clerk’s office Jan. 3 or it would be closed.

“I was told earlier I had until Jan. 31 to take the oath of office, but apparently I was misinformed again,” Temple said. “I was under the understanding Sandy was working the month of January, as approved by the board.

“I think the thing that bothers me the most out of this entire situation is that someone put my personal cell phone number on the clerk’s window for people to call me for help. I am not certain if this was done to embarrass me or shame me, but I had no way to help anyone, as I wasn’t sworn in. I will say I was undecided about taking the position, but it was only because I was honestly trying to work it out. I hope the people that elected me can understand why I can’t take the position, and I hope to be able to run for office again.”

She said she has lost sleep over the situation.

“Taking retirement is a huge decision which can’t be taken lightly, and you have to be prepared, as there is no turning back,” she said.

According to Tiffany Folk, Seneca County Republican elections commissioner, once a vacancy is declared for an elected position, the Town Board can appoint someone to fill the position until the end of the year. In that scenario, Folk said the town clerk position would be on the ballot this November, with the victor serving the remaining three years of the term.