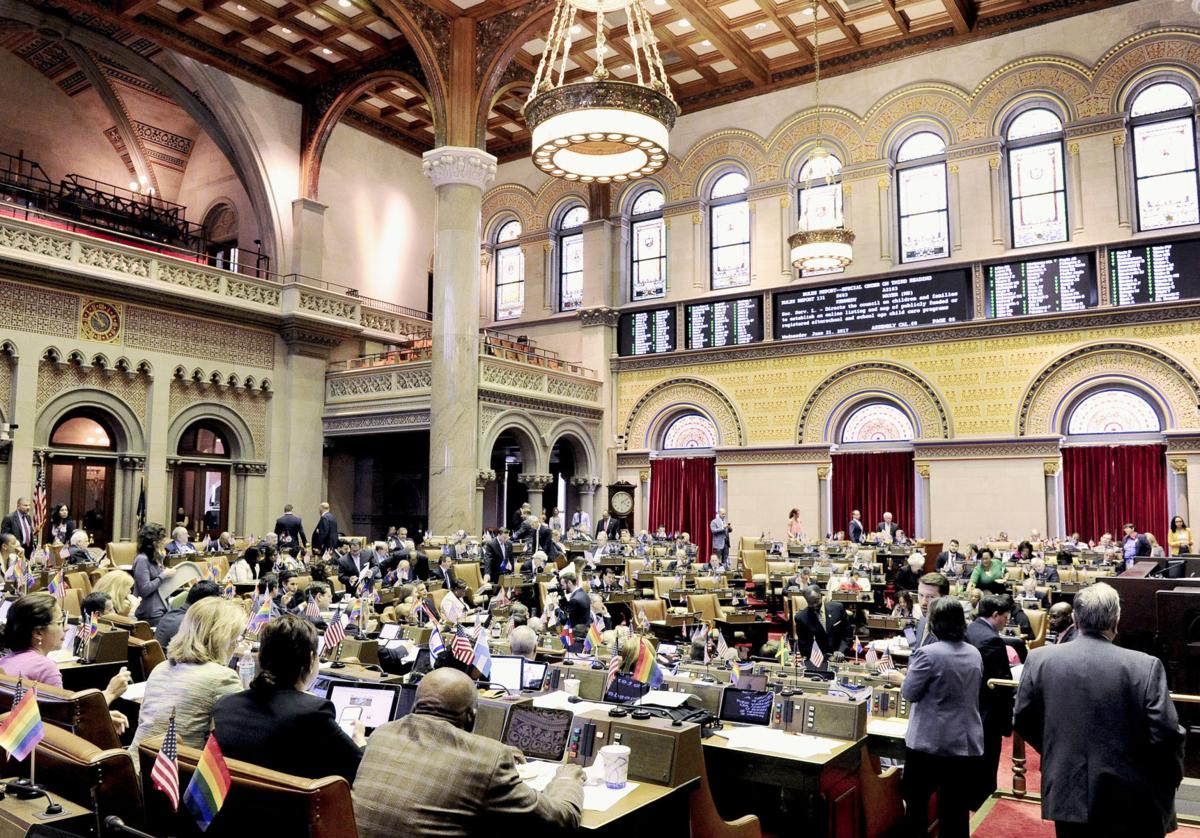 Members of the New York Assembly work in the Assembly Chamber at the state Capitol during the last day of the legislative session on Wednesday, June 21, 2017, in Albany, N.Y. (AP Photo/Hans Pennink) 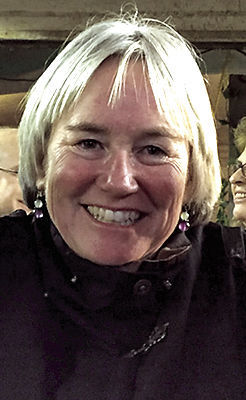 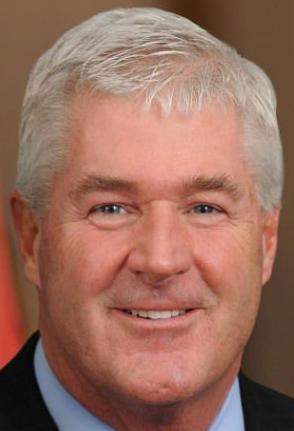 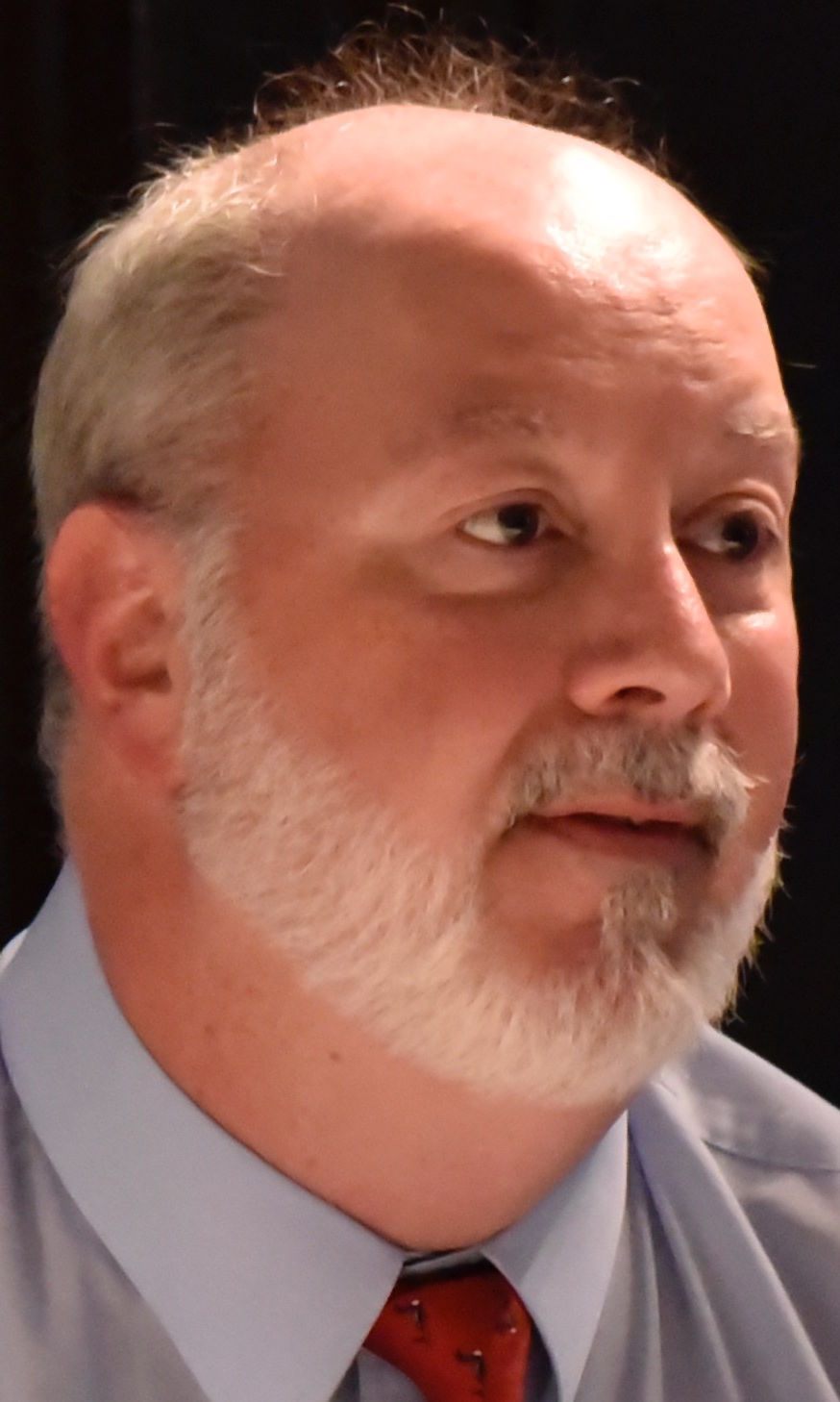 Members of the New York Assembly work in the Assembly Chamber at the state Capitol during the last day of the legislative session on Wednesday, June 21, 2017, in Albany, N.Y. (AP Photo/Hans Pennink)

GENEVA — State legislators aren’t known for their silence on issues.

Yet just a handful have opined on the need for a constitutional convention.

Kolb has spoken for years on the need for a convention to revise the state’s constitution, which dates to 1777. At events where he talks about state government, he poses a question for the audience: “How many people think New York state government is working for you?”

Kolb said no hands are raised. Ever.

A constitutional convention provides “an opportunity for reform,” Kolb says.

Attacking Albany’s corruption is key to Kolb’s support for a convention, noting that it took seven years to convince legislators to approve a bill that would reduce or revoke state legislators of their taxpayer-funded pensions if they are convicted of a felony related to his or her official duties. Many other common-sense proposals, such as term limits, languish in the legislature for years, he noted.

While Kolb backs the idea of a convention, the proposal — it will appear as Proposition 1 on Tuesday’s ballot; voters will need to flip their ballot sheet over to see it — faces stiff opposition. Its opponents come from the left and the right.

This week, some of those groups met with the Finger Lakes Times’ editorial board to voice their opposition:

• Greg Rigby of Auburn, chairman of Cayuga County Conservative Committee and a member of the party’s state Executive Committee.

• John Sheehan, communications director for the Adirondack Council, which advocates for Adirondack Park, a mix of 6 million acres of private and public land in northern New York.

Their reasons for opposing the convention vary, based in part by their particular interests.

For Rigby, it comes down to cost and who will become the delegates. Under New York’s convention, three delegates from each senatorial district and 15 at-large delegates will be selected by voters, for a total of 207. Rigby said the convention is unlikely to represent John Q. Public; instead, sitting government officials or those with knowledge of the election system, such as political operatives or lobbyists, are likely to win election.

“I don’t believe it will end up being the people’s convention,” he said.

Further, Rigby said, the cost for the convention is simply too high. He said the total price tag could range from $100 million to $250 million.

For Sheehan, policy issues affecting the environment, in particular, the Adirondack Park, loom. There is a “Forever Wild” clause in the constitution that legislative members have tried to eliminate or weaken, Sheehan explained. He said it guards more than 3 million acres of public forests in the Adirondack and Catskill parks by prohibiting logging, lease, sale and development, or destruction of the timber on these public lands.

Martin said it’s the fear that constitutionally protected pensions may be threatened for public employees and retirees, of which she is one. Further, a clause in the state constitution states that New York must “provide for the maintenance and support of a system of free common schools.” She fears funding for public schools could erode if that clause is altered or removed.

Rigby, Sheehan and Martin agreed that powerful interests could hijack the convention, taking aim at changes in the constitution that would benefit their bases. And, they point out that legislators are currently eligible to serve as delegates, which they believe does not serve the public interest.

Kolb notes he has introduced a bill stipulating that elected officials at any level would need to resign their positions if they wanted to serve as convention delegates.

Rigby, Sheehan and Martin say Albany corruption can be addressed through the legislative process, pointing to the pension-stripping Proposition 2 on Tuesday’s ballot.

Kolb disagrees, pointing to the many years it took to get Prop 2 on the ballot. So much more needs to be done to address ethics, he said, and most of the bills never make it to the floor for consideration. A convention could give those reform proposals a chance, he said.

Powerful forces, including most of the state’s unions, are pouring money into campaigns to convince voters to vote no on a convention.

Kolb said voters play a key role in the process — from determining the need for the convention to selecting delegates and, finally, to approving any proposals that come out of the convention.

He said convention proponents are stoking unfounded fears, such as public employees losing pensions. There’s no way that will happen, he said. Nor does he think “Forever Wild” provisions will be altered.

Kolb acknowledges that the convention will cost a lot of money, although he predicts the high end to be $100 million.

Given the rampant corruption in New York and other issues, however, Kolb believes it would be money well spent.

Every 20 years voters are asked whether the state should establish constitutional convention, which could identify changes to the document that would go before voters for approval. The last was in 1997, and on Tuesday, Proposal 1 is before voters. Here is how it would work:

• On Tuesday, citizens vote on where to hold a constitutional convention.

• If voters approve a convention,  a vote for conventional delegates would take place Tuesday, Nov. 6.

• On April 2, 2019, a convention convenes where delegates vote on amendments to the constitution.

**STOP STRUGGLING ON THE STAIRS**