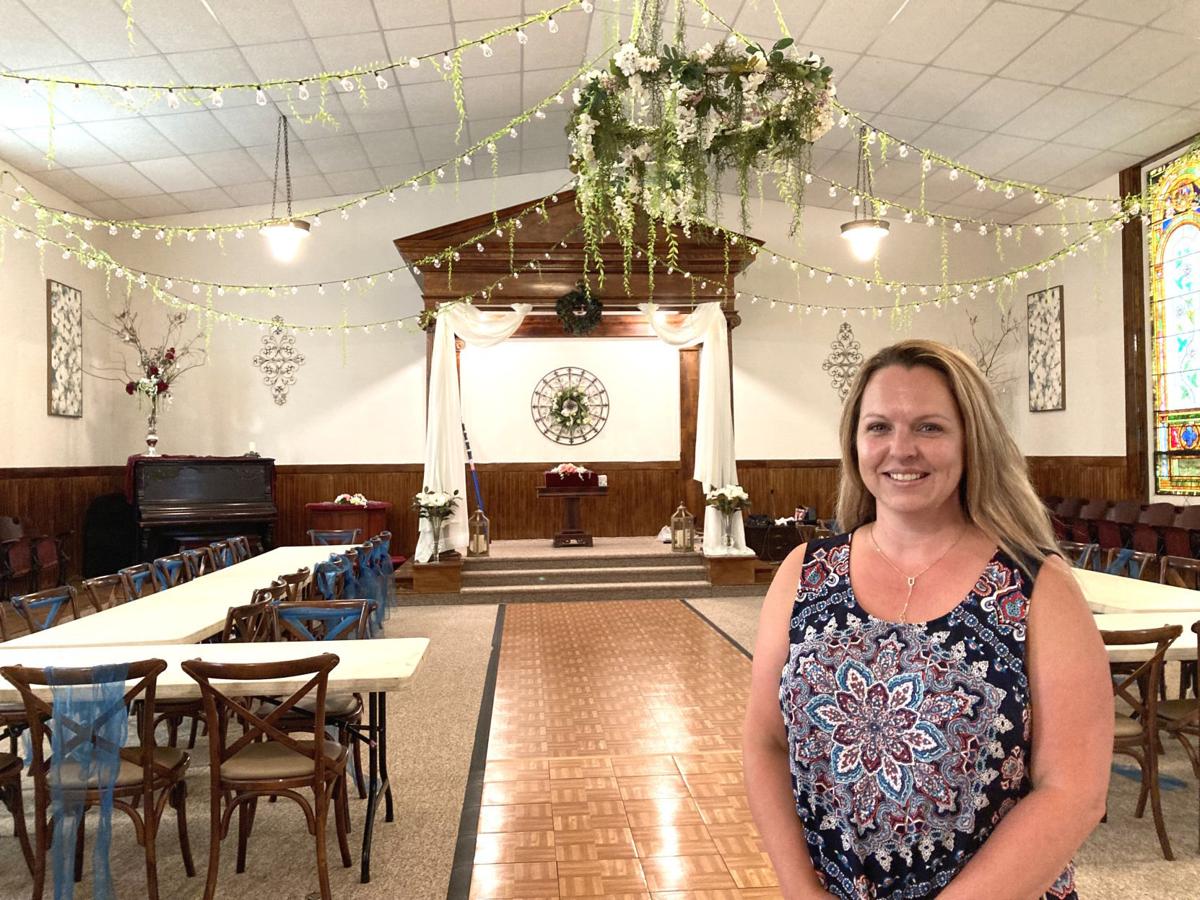 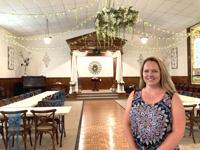 Amy Nuessle stands in the party room that was the former home of the Marion Masons. She is the owner of the wedding planning company A Diamond & A Dream. 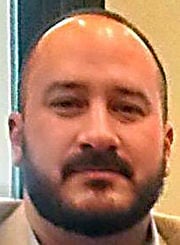 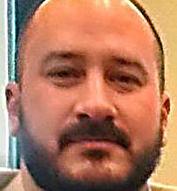 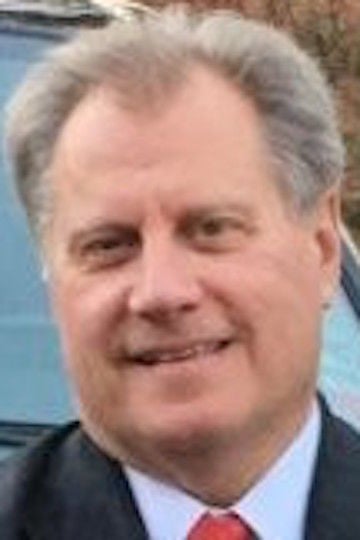 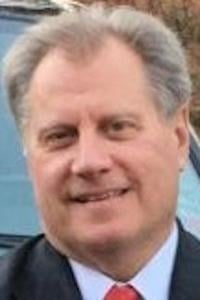 MARION — The work involved in planning a wedding or party can be intense and stressful. It’s the reason many folks hire planners to help out.

Amy Nuessle has taken the planning business to the next level with her company, A Diamond & A Dream.

“We do full-service, all-inclusive event and wedding services,” said Nuessle from her company’s headquarters in Marion, a former Masonic lodge that she and her husband, Gary Nuessle, purchased and renovated.

The cake, the music, the invitations, catering and the rest — A Diamond & A Dream can handle things down to the smallest detail, she said.

Like every startup, investment capital can be hard to come by, so Amy was excited to learn in 2020 of a business startup competition in Wayne County that promised $32,000 to the winner.

However, instead of walking away with the prize money, the couple is now embroiled in legal action against the Wayne Economic Development Corp. over the competition, won by a company they claim is not a startup.

Amy said A Diamond & A Dream is a unique concept.

“I have not been able to find another business like it anywhere,” Nuessle said, noting that she offers a variety of planning packages at prices about 30% less than the cost of the average wedding, which she said is about $38,000.

The business did well in its inaugural year of 2020, despite a pandemic that put a serious hit on the wedding industry.

Nuessle, a former newspaper reporter who also operates a hair-*styling business in Sodus, was happy with what she accomplished in her first year, but like most fledgling businesses, she could use more capital to grow.

Then she learned about a Wayne Economic Development startup competition called KickStart, in its second year of competition in 2020.

“I’d be putting it into this building (if she won),” Nuessel said. “We have no air conditioning.”

The former Masonic Temple on Marion’s Main Street is more than just a place for the business to operate. Diamond Seven, which is what she named the building, can handle small- and medium-sized events.

Nuessle, who lives in Williamson, decided to enter KickStart, using any spare moment she had to prepare the detailed application and submitting it on the final day it was due.

She apparently nailed it. A Diamond & A Dream was one of six finalists, even though contest organizers originally said there would be five.

The finalists then had to craft pitches of no more than three minutes for the final round competition, held at Lyons’ Ohmann Theater in November.

Nuessle said she spent “countless hours” preparing the pitch before the panel of five judges from the business community. The competition moderator was Brian Pincelli, the county’s director of economic development.

Hopes fade for winning the prize

When she saw who was among the finalists, her hopes faded, she said. It was Jamie Sonneville, owner of the tech company ItClix, whose services include web design, custom app development and graphic design.

So was her final presentation, Nuessle said.

“This is an incredible product,” she said. “I would choose her if I was the judge. She won, and we were not surprised.”

But Nuessle apparently made a strong showing before the judges. She said she was told by Pincelli they were a close second.

Nuessle said she would have been happy with that, until she said neighbors, friends and other competitors claimed Sonneville’s business, ItClix, had been around since 2014. Competition rules for 2020 stated that contestants had to be in business less than three years and in the startup phase, along with limits on such things as yearly sales.

Agri-Trak was not a new business, just a new product by an existing business, she maintained.

Concerned, Nuessle said she and her husband first went to Wayne County Administrator Rick House, who told her that Wayne EDC is not a county agency. House recently confirmed that is what he told her in the meeting.

Besides writing a letter with her concerns to the Economic Development Corp., Amy also met, at the urging of House, with the Board of Supervisors’ Economic Development and Planning Committee, led by Chairman Dave Spickerman of Butler. He is also chairman of the EDC board.

Ultimately, the committee and the EDC, through Spickerman, informed her it would take no action on the matter because there was “no wrongdoing” and that the competition was conducted in good faith.

But Nuessle did take action, hiring the DeNigris Law Firm of Albany, which filed an Article 78 in Wayne County Supreme Court against Pincelli, director and CEO of the Wayne EDC, claiming Sonneville’s company should have been disqualified and that Nuessle is the rightful winner of the $32,000 prize.

“It’s pretty evident that this was not about a new business in any way,” attorney Steve DeNigris said.

DeNigris claims Nuessle is not the only contestant crying foul. According to court papers filed by his firm, contestant Shane Alderman wrote an email to House, expressing similar concerns. Alderman said “giving funding to an already successful business undermines the point of the entire competition.”

The case is before Judge John Nesbitt, who has been asked by the EDC’s attorneys, Harris Beach of Rochester, to dismiss the case on technical grounds, including that the legal action came past a four-month statute of limitations for filing the Article 78. Her lawyers argue Nuessle was exhausting her administrative remedies before taking legal action.

Nesbitt has not issued a ruling on the motion to dismiss.

Pincelli said the EDC had no comment on the lawsuit. However, in a letter to finalists, Pincelli disputes criticism regarding eligibility.

“I can assure you that all of our applications were vetted in detail regarding eligibility, and our judging was done in a meticulously and independent manner,” he said. “ … Our contest is intended to provide some flexibility to applicants given the broad range of stages of the process of starting a business and eligibility is based on, among other criteria, a company’s lack of outside investment, their years of operation and they’re being located in Wayne County. In many cases, new businesses are ‘spun off’ from existing businesses, and has been common among applicants, including last year’s winner, Load Alone.”

Load Alone won $40,000 in the inaugural year and was pitched by David Murphy of Newark, whose family owns the Paul L. Murphy & Son Funeral Home in Newark.

In the EDC’s motion to dismiss, Pincelli states that “neither I nor the WEDC Board of Directors ever reconsidered the results of the competition. WEDC has repeatedly made clear to petitioner (Nuessle) and others that the judges’ decision was final and wouldn’t be revisited.”

EDC lawyers also claim in their motion to dismiss that Sonneville and Agri-Trak should have been named in the Article 78 as well. Nuessle’s lawyers dispute this.

Reached recently by the Finger Lakes Times, Sonneville said she had no knowledge of the legal action and believed she followed competition rules.

However, after saying she would have a more detailed response to the legal action, Sonneville, whose family owns an apple farm and who is also president of the Williamson Board of Education, later said she was advised by her attorneys not to comment on the matter.

Nuessle said her beef is not with Sonneville, but with the process that allowed what she and her lawyers claim was an ineligible participant to take the prize money.

“I don’t have a problem with her,” she said.

Nuessle said her husband, Gary, a state trooper, has driven the legal action, which she said has cost them thousands of dollars in attorney fees.

“It’s the principle,” she said. “This is Gary. Gary is very driven with this. Gary is all about justice.”

He alleged in the letter that Wayne EDC has “drastically changed the rules, allowing spin-off companies and basically any business that they choose. Additionally, there would be no legal recourse if there were violations of the rules or questionable behavior other than the refund of your application fee. I would think that New York State has or would have some say in the rules as they are providing a large portion of the funds that are used.”

Alexander Thoma, another attorney from DeNigris Law Firm working on behalf of the Nuessles, said the EDC’s attorneys “made very technical legal arguments that we don’t expect the judge to buy.”

And while the attorneys feel confident they’ve made compelling arguments, they are not about to assume Judge Nesbitt will side with the Nuessles.

“Nothing is ever a sure thing,” DeNigris said.