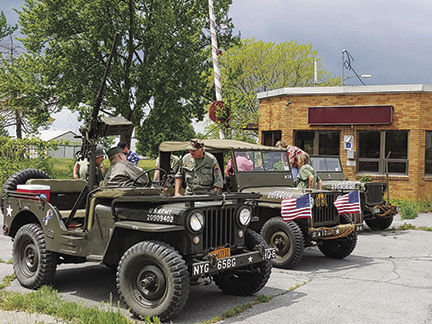 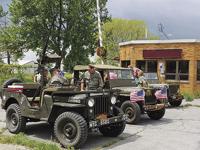 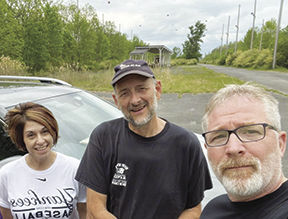 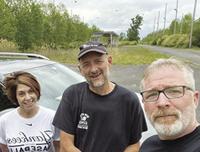 A selfie taken during the 5K Friends of the Interlaken Library fundraiser walk in DHP. Gary Hunt (center) with a couple of the DHP staff and volunteers at the event. 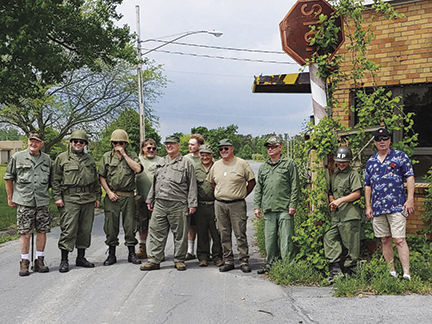 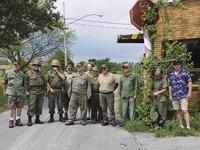 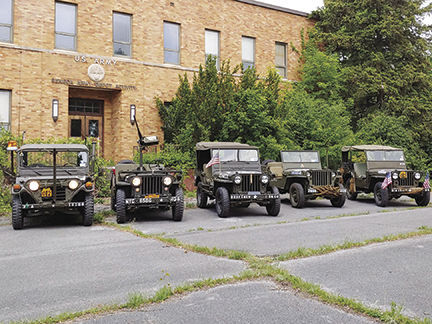 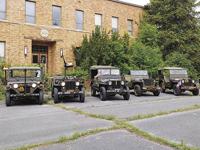 The Finger Lakes Chapter of the Military Vehicle Preservation Society participated in a tour of the Seneca Army Depot recently.

A selfie taken during the 5K Friends of the Interlaken Library fundraiser walk in DHP. Gary Hunt (center) with a couple of the DHP staff and volunteers at the event.

The Finger Lakes Chapter of the Military Vehicle Preservation Society participated in a tour of the Seneca Army Depot recently.

Seneca County is steeped in military history. Community members from generations past throughout the present day have been immersed in this centuries-old saga having parents, grandparents, and great-grandparents whose legacies have been passed down via verbal as well as pictorial accounts. A homespun fortitude of staunch belief that making a positive difference right where you stand is what holds a community together.

Traveling beyond the fence at Deer Haven Park gives just a snippet of this heritage by allowing a glimpse back in time to 1941 and WWII’s poignant descent on this small community in upstate New York.

Fast forward to today and community members as well as current day veterans and military workers rightfully still embrace the fortitude and resiliency of their ancestors.

Staff and volunteers at DHP are no exception. Many who help run this wildlife preservation park for the public to be able to tour and enjoy have either served or have family members who have served in WWII or later wars where the depot’s munitions storage greatly served our country. Some staff and volunteers had family members who were Women of War (WOW) workers at the then-Seneca Ordinance Depot, and many have friends or family who served personally in later years at the depot.

As well, this Finger Lakes community fought for and still plays a huge roll in the preservation efforts of the only known herd of white whitetail deer that resulted from these magical creatures’ stern protection by the supervising military whose genesis will be 80 years old this summer.

This is a large reason why staff and volunteers at DHP continue to not only sustain a presence at the park but also give back to the community in various ways whenever possible.

One such event of giving back occurred recently when staff member Gary Hunt introduced the team to the existence of the newly formed (2020) Friends of the Interlaken Public Library. Founded in 1902 in a home built by Lockwood Hinman circa 1826, the Hinman Memorial Library building is the oldest residence in Interlaken. The Volunteers of the Library group help with book sales, memberships, and fundraisers. A springtime 5K walk was conducted that DHP staff and volunteers took part in to assist in raising funds for this one-of-a-kind community library rich in Seneca County history.

Another DHP staff member, Frank Arpino joined in a first-time event for a group formed 10 years ago dubbed the Finger Lakes Chapter of the Military Vehicle Preservation Society. After granted permission, the group conducted a military vehicle grounds tour around some of the former depot and airfield. This impressive chapter consists of one-third military veterans, one of whom was a colonel who served at the depot personally in the 1980s.

Collectively, these members have preserved numerous wartime vehicles ranging in age from 1942 throughout 1970. You may recognize some of this team and/or their machines from the numerous parades and shows they are invited to exhibit in not only at DHP, but also at the Waterloo and Geneva Memorial Day parades, numerous VFW community events, and the Geneseo Air and Ground Show.

A busy month for DHP volunteers and staff community members as they continue to reach out in support of not only the conservation of the military history and flora and fauna of the park, but most especially of the magnificent white whitetail deer herd whose existence would surely not have been preserved if not for the continuing fortitude, hearts and support of a community that still believes in making a positive difference right here where they stand.