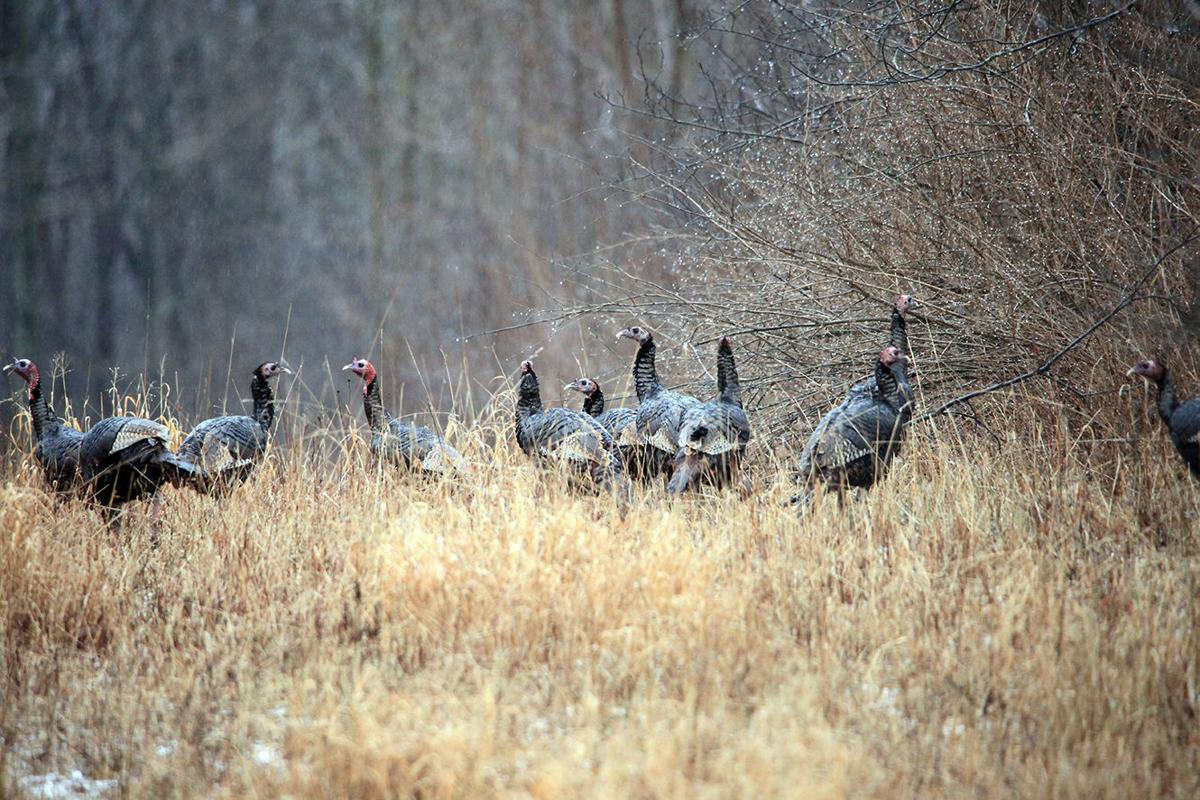 Wild turkeys are a major part of wildlife at Deer Haven Park, and their worldwide population has grown to more than 6 million. 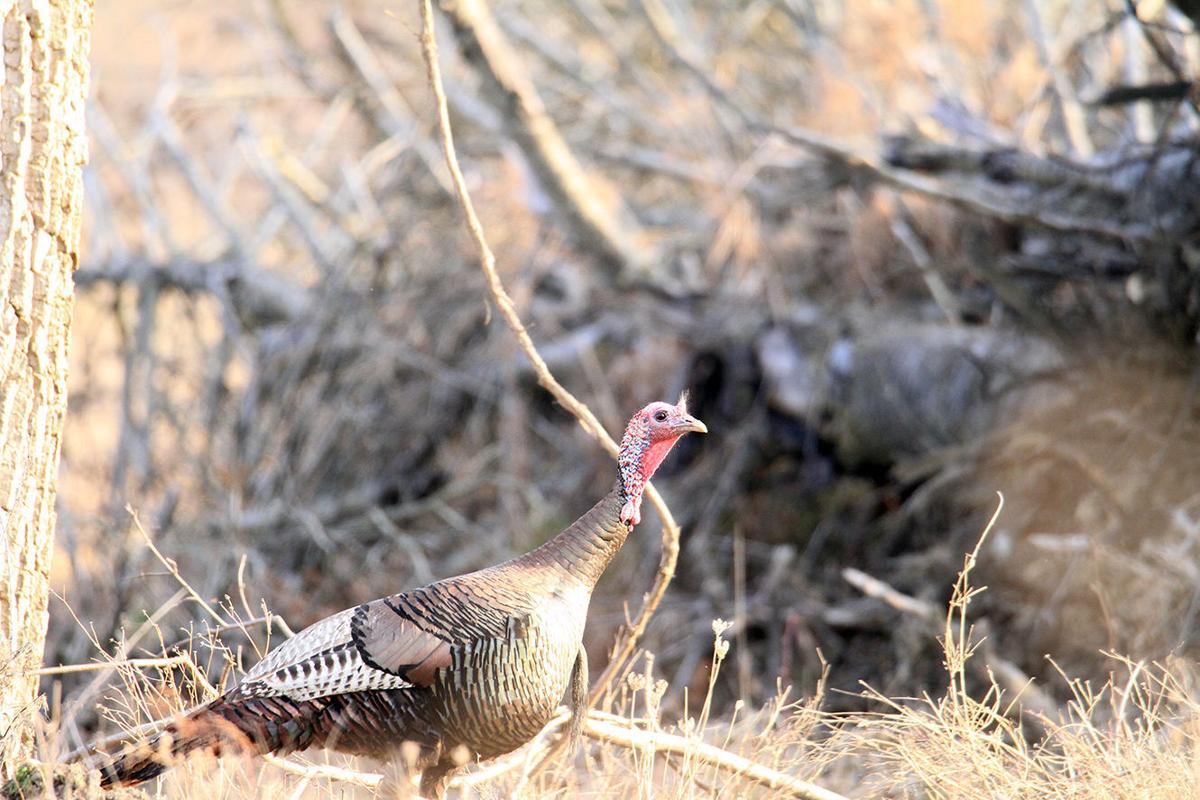 The wild turkey is a highly intelligent bird with excellent daytime vision.

Wild turkeys are a major part of wildlife at Deer Haven Park, and their worldwide population has grown to more than 6 million.

The wild turkey is a highly intelligent bird with excellent daytime vision.

The pungent, earthy scent of fallen leaves permeates the grounds beyond the fence at Deer Haven Park. As this year’s touring season ends, transient geese honk their farewells, encouraging eyes upward to witness V-shaped traveling patterns veering southbound. Shortened daylight and cooler nights do not go unnoticed by the wildlife that call this nature preserve home. Bucks are on the move to mark territories and secure mates. The resident male and female eagles bide their time to take flight in search for warmer winter climes.

While autumn’s vibrant colors wane, sepia-hued cornhusks flap, dried and fluttering in the cooling breeze, mere vestiges of their summer wear. These planted acres serve purpose not only of lingering feed for much of DHP’s wildlife, but also as a worthy camouflage for a very much appreciated wild turkey population.

Surprisingly, roughly a decade prior to the creation of the Seneca Ordinance Depot, this native North American species was on the verge of extinction. Thankfully, with the establishment of the 1937 Pittman-Robertson Act, which imposed an excise tax on sporting arms and ammunition in order to fund wildlife restoration programs, the meager wild turkey population was not only able to revive, but thrive to an estimated 6-plus million nationwide today.

It stands to reason that one impacting threat was that of a loss of habitat. For nesting and livelihood success, a varied habitat is essential to wild turkey survival, something of which DHP readily offers. Open areas are preferred for feeding and socialization, and forest areas are needed to roost and escape predators.

Unlike their domesticated counterparts, the wild turkey is a highly intelligent bird who has excellent daytime vision. They may appear heavy and awkward, what with an estimated 6,000 feathers evident on an adult bird; however, be assured these do not weigh them down. In patterns called tracts, feathers serve to keep the birds warm and dry, are an accoutrement of mating persuasion, as well as allowing flight. Wild turkeys have been known to run up to speeds of 18-25 mph and fly up to 50 mph!

A creature of habit (aren’t we all?), the wild turkey will normally remain within an area of habitat if it feels nurtured by its environment and there are not an overwhelming number of predators. For DHP wild turkeys, migration is not necessary, and as far as one can tell, these birds feel secure in staying put for the winter months.

In general, the wild turkey forages in the early-morning to early-afternoon hours on days that are kind enough to reveal a clear winter sky, some sun, and not a lot of precipitation. They like to feed on hard mast — nuts, seeds, bulbs and tubers. On stormy days, or wind-chilling days of flying snow, wild turkeys will seek refuge in the conifers, roosting as much as possible to retain warmth and preserve energy.

Tourists visiting DHP will often witness a flock (also called a rafter) of turkeys focused and shuffling from one area to another as if on a timely agenda. If fortunate and a visitor’s timing is right, sometimes a male can be seen in full strut, with tail feathers fanned and body feathers fluffed. Other times, visitors may capture a wild turkey in flight, a breathtaking sight for sure!

With the touring season ending for the winter, today is the perfect time to take a ride through the park, learn the rich military history of this vast terrain, and explore nature at its finest. Who knows? Perhaps you will walk away with a wildlife experience of a lifetime to call your very own.

Dee Calvasina is a freelance writer and monthly columnist who supports the conservation of nature and all wildlife at Deer Haven Park LLC. To show your support of these ongoing efforts, book your tour. Visit deerhavenpark.org, like them on Facebook, or call 8-DEER-TOURS (833-378-6877).