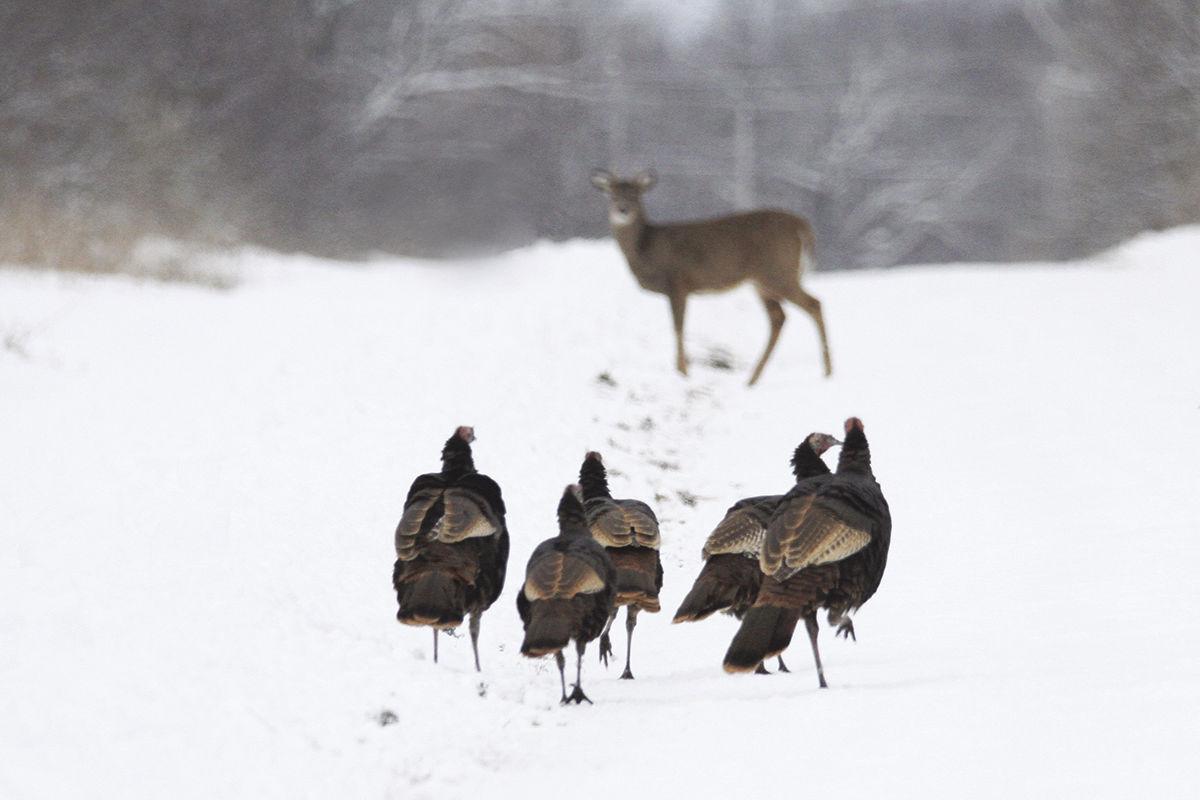 Even the wildlife in Deer Haven Park have a chance to slow down during the winter. 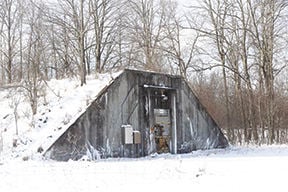 A winter scene beyond the fence at Deer Haven Park in Seneca County.

Even the wildlife in Deer Haven Park have a chance to slow down during the winter.

A winter scene beyond the fence at Deer Haven Park in Seneca County.

Many visitors who venture beyond the fence at Deer Haven Park have noted how serene and healing it is to tour. Such statements lead one to ponder, does this tranquility that renders such repose result from simply removing oneself from the hustle and bustle of daily life or is there something more?

Undisputed is the enigmatic essence the park exudes. Proof in point is the well-traveled Route 96A in Romulus, where for decades its gravel shoulder has hosted hundreds, if not thousands, of engine-idling automobiles whose drivers stall with bated breath to catch glimpses of the mysterious happenings which lay beyond the 6-foot demarcation fencing. Could it be the 18 inches of angled barb wire that loom atop the fencing that cause one to ponder the isolated happenings beyond? Could it be the lingering thoughts of what once was ... a formidable military presence, a world of intrigue and mystery, once loudly clandestine and now gone remarkably silent?

Perhaps it is that silence itself? Where the whoosh of automobile tires on wet winter asphalt can be heard as only a cursory interruption, slowly absorbed by winter’s chill as one navigates deeper onto inner roadways that transverse like a maze the vast wilderness which is this 3,000-acre conservation park.

Perhaps it is in the rediscovering of nature, no matter what the season, with open waving fields becoming nearly hypnotic in their uninhibited daily repertoire. Billowing. Rustling. Swaying.

Then, of course, there is the wildlife that have created a haven of beauty merely with the gift of their presence. Could it be the feeling that these magnificent creatures, in innocence and courage, have continually allowed for human presence to share in a meager part of their daily lives? Opening a door into their world, one to step through like that of Dorothy into Oz? Is it the sense of that privilege and honor that blesses one with serenity, with healing?

Or is it something deeper? An earth-laden energy that manifests peace, non-disturbance, reprieve? For has this land not seen its share of battle, armament, disruption? Perhaps there is a lingering, invisible force — an enviable ambiance that rises on the cooling breezes that filter throughout the landscape, playing hide and seek among snow covered igloos which stand cement cold and history laden.

A buoyant effervescence is almost tangible as it swirls on wisps of snow, sweeping up the trunks of baron trees, soaring skyward in weightless freedom until it flies from extended, knurled, hovering branches pointing outward toward the beyond ... an energy keenly penetrating that even in dormant sleep, in the hearts of trees, it can be felt.

Yes, how curious it is to be beyond the fence when winter’s hand touches the landscape. To ponder in quiet perspective. Winter brings with it a respite for nature and wildlife alike to regroup, revive, and heal so that the ambiance can come full circle in spring. For to share that energy. For to thrive.

And as those ponderings float soundlessly away on the breeze, that enviable ambiance settles neatly around, like a warming blanket. Serenity. Healing. A hawk calls out in the distance, a deer pauses down the way, and a small audience of wild turkey scurries along, leaving their quiet, temporary imprints on the world stage.

Winter beyond the fence. When humankind, nature, and wildlife alike take a step back from the hustle and bustle of touring season and breathe. Just breathe.

Dee Calvasina is a freelance writer and monthly columnist who supports the conservation of nature and all wildlife at Deer Haven Park, LLC. To keep abreast of the upcoming tour season and events, visit deerhavenpark.org, like them on FB, or call 8-DEER-TOURS (833-378-6877).