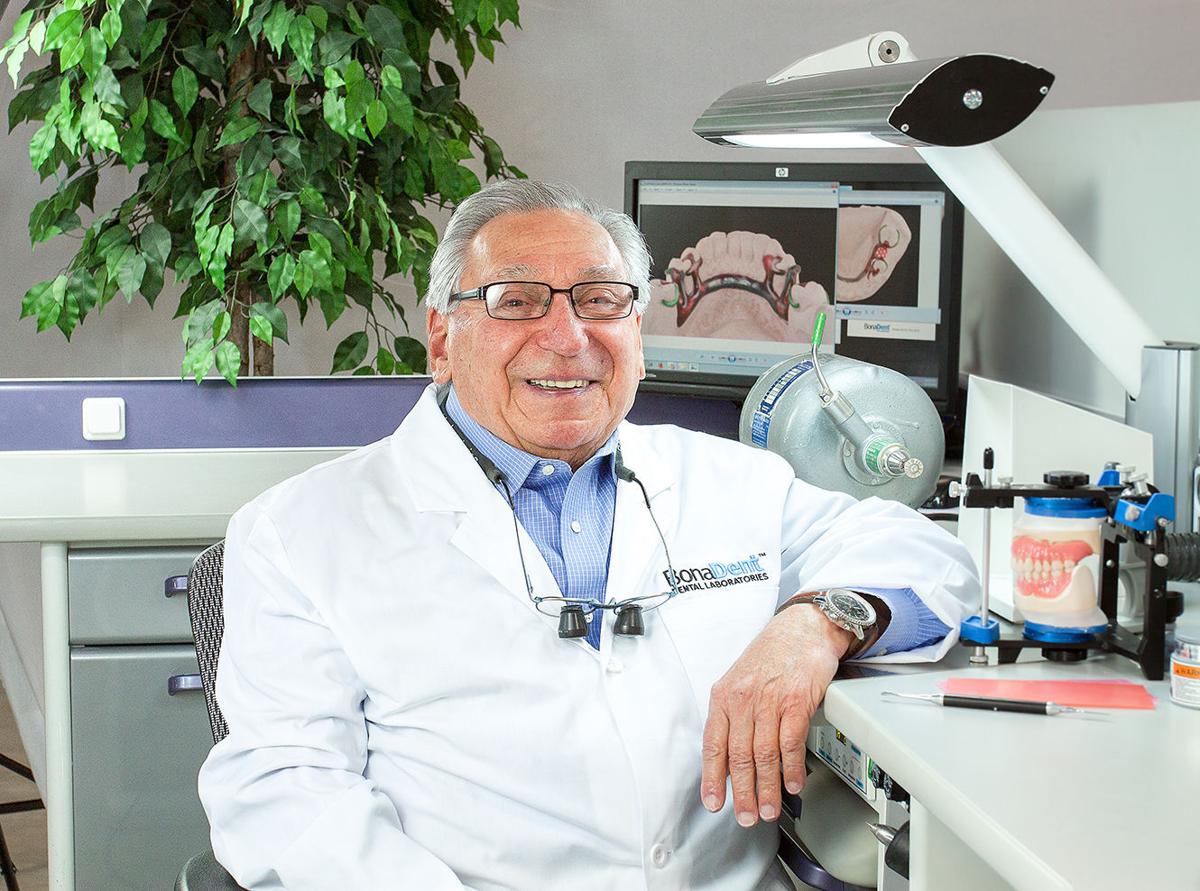 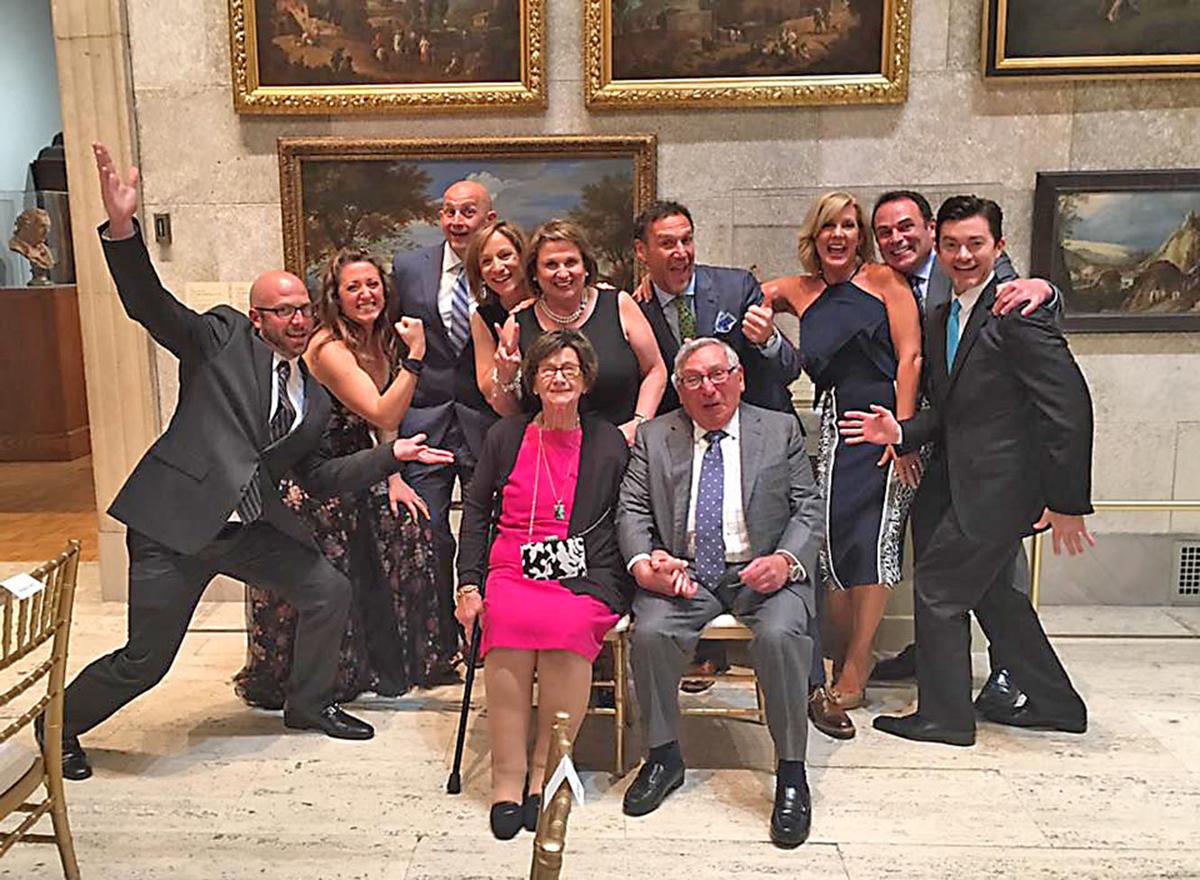 SENECA FALLS — For the first time in their lives, siblings Bruce and Andrea Bonafiglia won’t be able to celebrate Father’s Day with their dad.

Their father, Angelo Bonafiglia, died June 8 at the age of 93.

His death is being mourned not only by his family but many friends of the Philadelphia native who was a key community leader for many years in his adopted hometown of Seneca Falls.

“In my 60-plus years of living and working with Dad, I’ve been blessed with having the good fortune of sharing hundreds of great memories with him,” said Bruce, who now runs the family business, BonaDent Dental Laboratories, which his father founded in 1949. “Being in his hometown of Philadelphia to see his Phillies win the World Series (in 1980 and 2008) and a retreat to Rio de Janeiro with Dad and my brother Curtis for Carnival are great memories.”

The Bonafiglias also shared special birthdays, weddings and anniversaries around the world.

“He and I attended dozens of dental meetings around the United States, but I think the most memorable moments with Dad involved just being at BonaDent in Seneca Falls,” Bruce said. “Dad had officially retired back in the mid-1980s and was ready to enjoy the fruits of his more than 35 years of hard work and dedication to his craft, which he certainly deserved.”

Bruce said his father enjoyed all kinds of outside activities — golf, woodworking and community service topped the list — he could devote more time to after turning over the reins of the business.

“All of his interests with outside activities took a huge turn when my daughters, Daniele and Erin, joined the family business after they finished college,” he said. “When dad saw his granddaughters had a deep interest in BonaDent, he jumped back into the business full throttle.”

Angelo shared family lunches with the three of them every day, parceling out ideas, advice and, occasionally, criticism.

“Those are the memories I will cherish the most and will miss the most,” Bruce said.

It was at one of those lunches that Angelo came up with the name of the Danaren Dental Lab Division by combining Daniele and Erin’s first names.

“Since Mom passed in December and then brother Curt in April, the family lunches have certainly changed, but the legacy that dad created has not,” Bruce said.

Angelo’s only daughter is Andrea, who now lives in Florida. She shares her brother’s fond memories of her dad introducing them to his extended family in Philadelphia and teaching them about the history of the City of Brotherly Love.

“I was in awe of my big-city connection coming from Seneca Falls,” she said. “When I was older, my most favorite memories of Dad come from the time we spent together in Florida. After working at Kodak, I joined the family business in 1990 to run BonaDent in the Melbourne, Fla., location. Because Dad was retired, he and Mom spent their winter months with me.”

She said that her mother adored the weather, while her father sill loved the dental lab.

“So Dad would go to work with me daily. I was blessed to see him in his glory, training technicians to do their best,” she said. “When not working with the techs, he was sitting in the office with me sharing his experiences, knowledge and critiques on how to run a business. I think I’m more appreciative of that now that I’m retired than I was then.”

Andrea said her dad’s weekends were spent golfing, dining out, or relaxing by the ocean.

“I got a lot of joy knowing how much he just loved life, friends, family, work and play,” she said. “Everyone always has something nice to say about people that have passed away, but with Dad, people always said nice things about him when he was alive. Those are memories I’ll have forever.”

Frank Belle of Seneca Falls has worked at BonaDent since 1979, starting when the business was in Auburn.

“(Angelo) was close to his employees,” Belle said. “He put workers first. He helped me and my wife start our careers and he helped out with our first mortgage. He would do things like that to help people. He did that for a lot of people, some of whom didn’t work for him.”

“We have a lot of good memories,” Belle said. “After we got married, we found out he liked to do woodworking. We wanted an entertainment console for our first apartment but couldn’t afford one. He drew up a design, bought the wood and delivered it to our apartment and helped us build it.

“He was a person to go to for advice, a very personable guy. I miss him.”

Mike Alessio of Seneca Falls has worked for BonaDent for 28 years. He started as a pickup and delivery man and is now general manager of the Danaren Division.

“I grew up around the corner from the Bonafiglias on Porter Street and remember them well,” Alessio said. “The Bonafiglias and my family were active in the SMS. I was hired by Angelo and Bruce. Angelo was a colorful personality, and I learned a lot of old-school techniques from him and learned more modern technology from Bruce. Family was very important, as was a love of the community.”

He added that his own father and Angelo were friends.

“It hit me hard to know Angelo was gone,” Alessio said. “He’d come around the office every day to say good morning and talk. I loved it. He was like a second father to me after my dad moved to Florida and after he died. He was a great guy, always smiling.”

Alessio said the growth of BonaDent is a tribute to Angelo and the rest of the family, along with several key employees, noting the company has become one of the biggest employers in the area.

“(Angelo) was also very proud of his Italian roots,” he added.

Retired state lawmaker Mike Nozzolio of Seneca Falls called Bonafiglia, a former Town Board member, someone who “lived a full and wonderful life. We are all saddened by his passing,” Nozzolio said. “Ange served as a model for his children and he instilled in them a deep sense of community and service to others. It was always a joy to spend time with Ange, and I’m blessed and honored to have called him my friend.”

“There are no words to describe what our 19 hole golf group, which Angelo referred to as his golf buddies, thought of him,” longtime friends Ken and Mary McClenathan wrote in an email. “For over 40 years, we were so fortunate to enjoy golf, SU sports, camaraderie and being included in so many of Angelo’s special family events with him. He was so special and the best friend and person one could ever imagine.”

A memorial celebration for Angelo, his late wife, Agnes, and son Curtis is planned for 6 p.m. July 30 at Ventosa Vineyards in Fayette. Contributions in his name may be made to St. Patrick’s Church in Seneca Falls or Happiness House in Geneva.