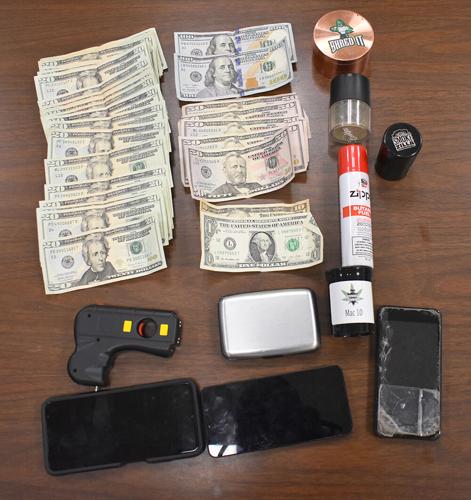 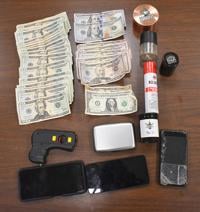 Penn Yan Police Chief Tom Dunham said these items were taken from Shawntee Myricks when he was arrested. 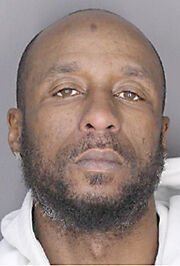 PENN YAN — A three-time convicted drug dealer has been arrested by village police again — this time for allegedly selling cocaine shortly after his release from prison.

Myricks was arrested on a warrant after he was indicted by a county grand jury. He was taken into custody by Ontario County sheriff’s deputies in Farmington and turned over to village police.

Penn Yan Police Chief Tom Dunham said Myricks sold cocaine on multiple dates in the village earlier this year. Dunham added that Myricks was in possession of drugs, a handheld stun gun, multiple cell phones, and more than $1,000 in cash when he was taken into custody.

“This is the fourth time he has been arrested for selling drugs,” Yates County District Attorney Todd Casella said.

Myricks was arrested and convicted twice in Ontario County for selling drugs, in 2005 and 2012. He served short prison sentences for each conviction.

He was arrested by Penn Yan police in 2018 following an investigation by the PYPD and county sheriff’s office. Casella said Myricks pleaded guilty in 2019 and was sentenced to five years in prison.

Myricks was released on parole in March.