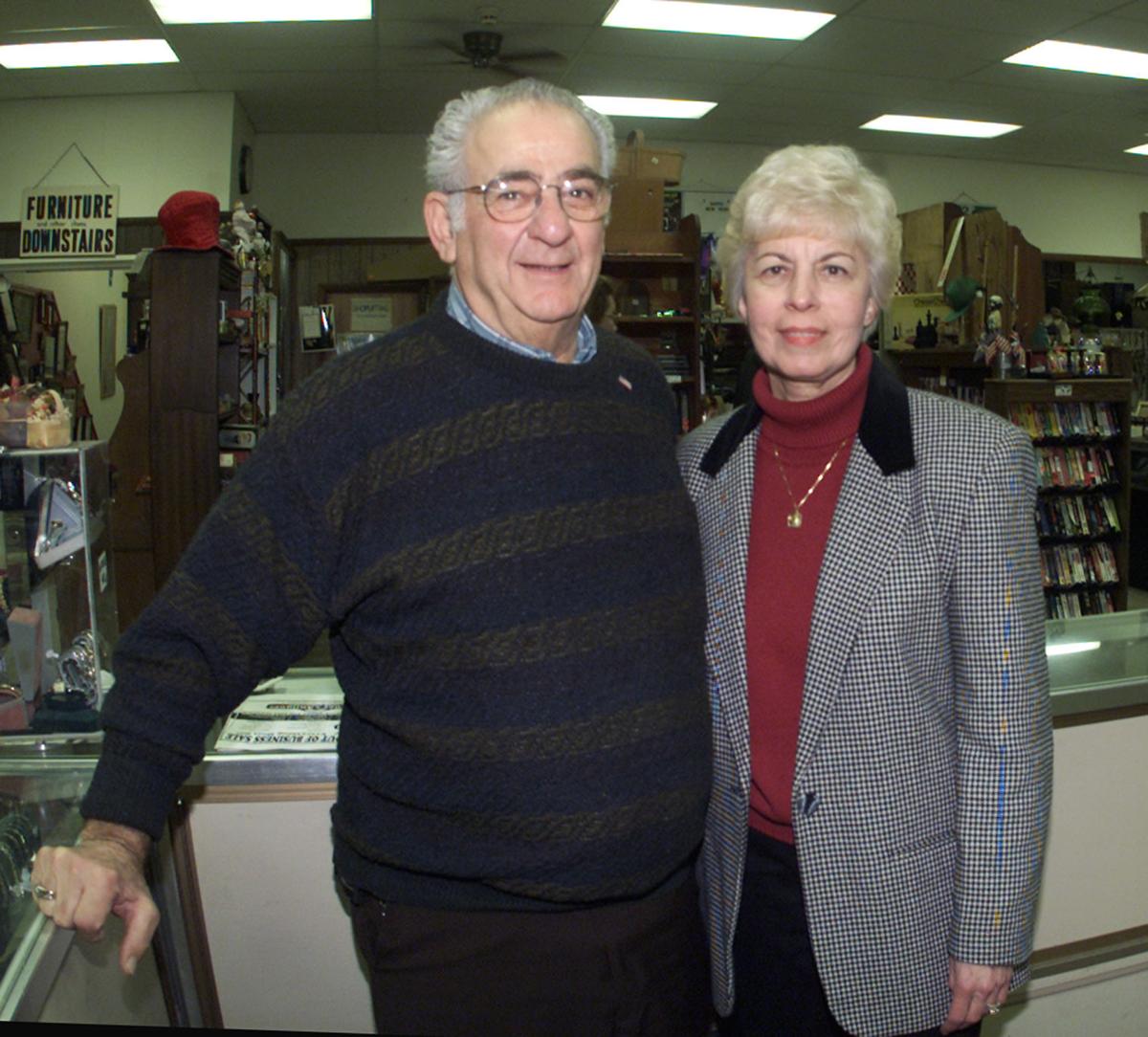 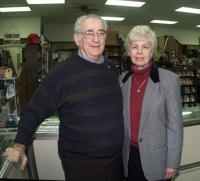 In this 2001 file photo, Joseph and Doris Hessney stand inside their showroom at 405 Exchange St. in Geneva. 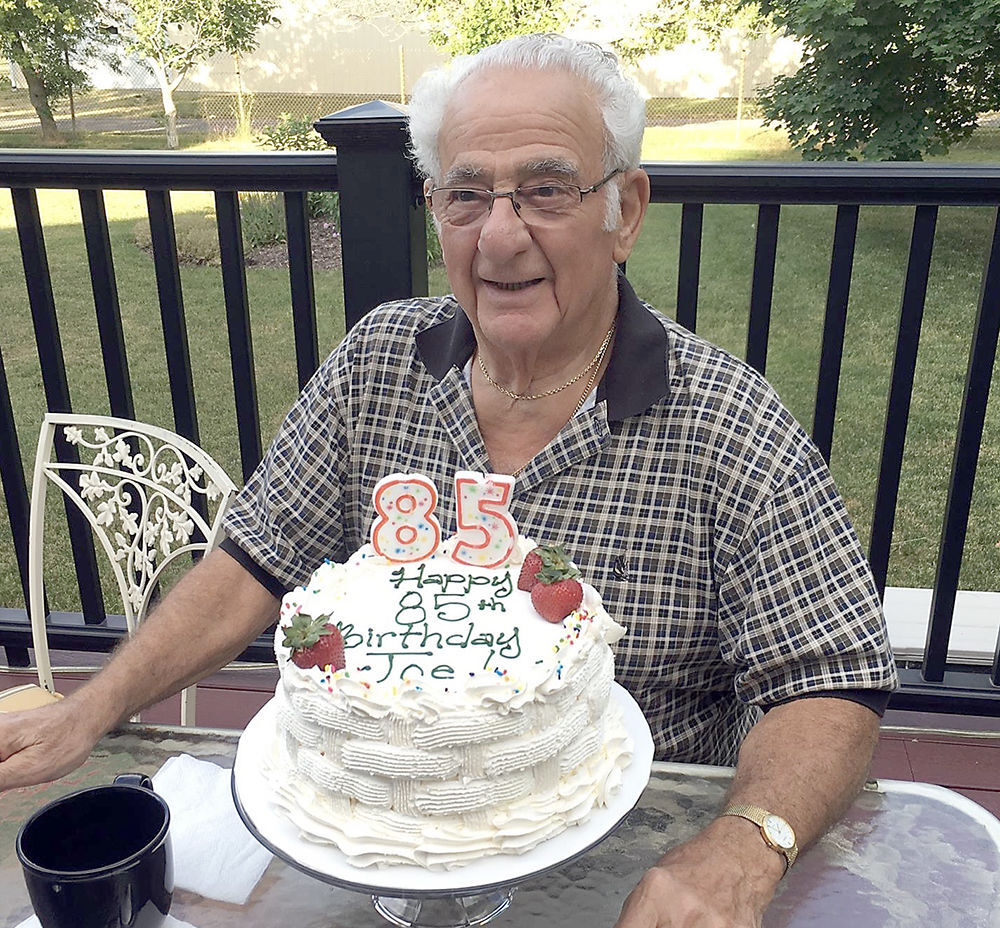 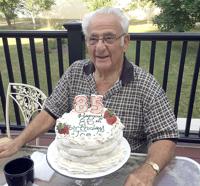 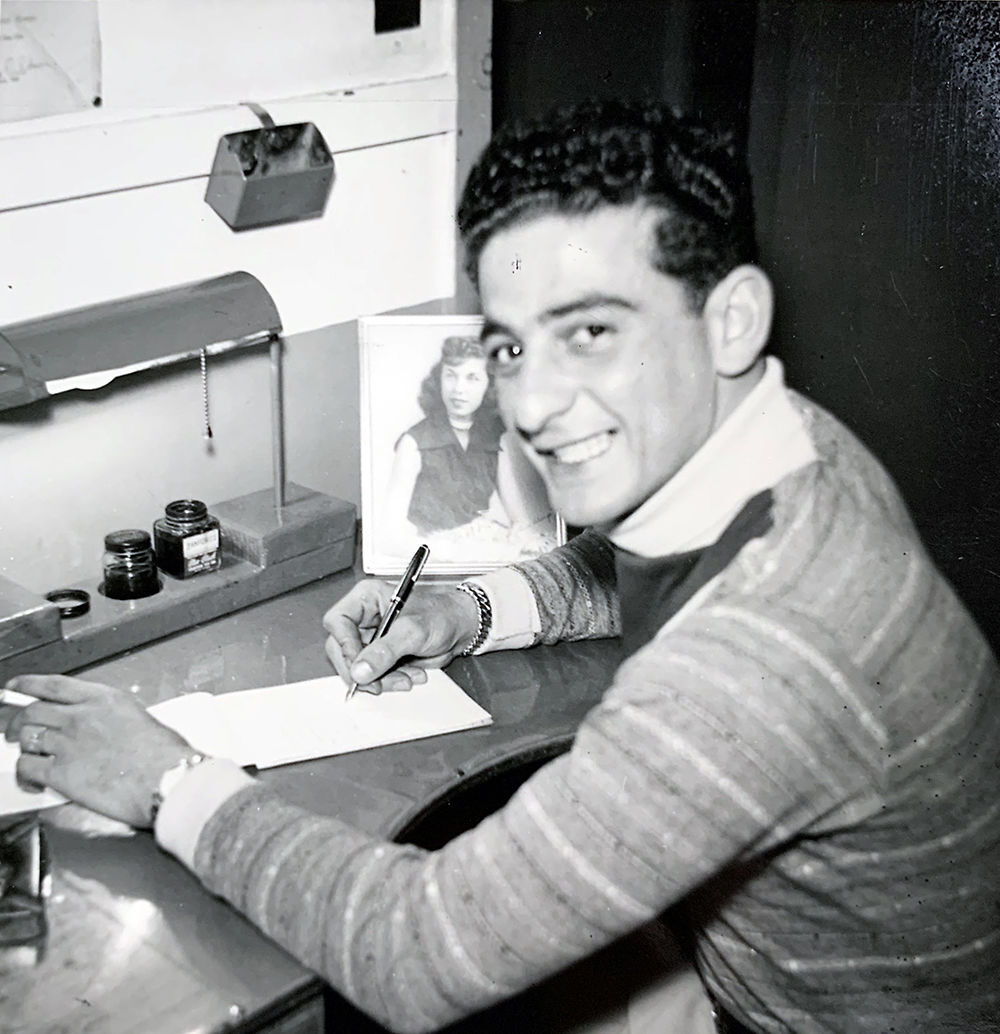 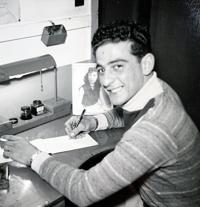 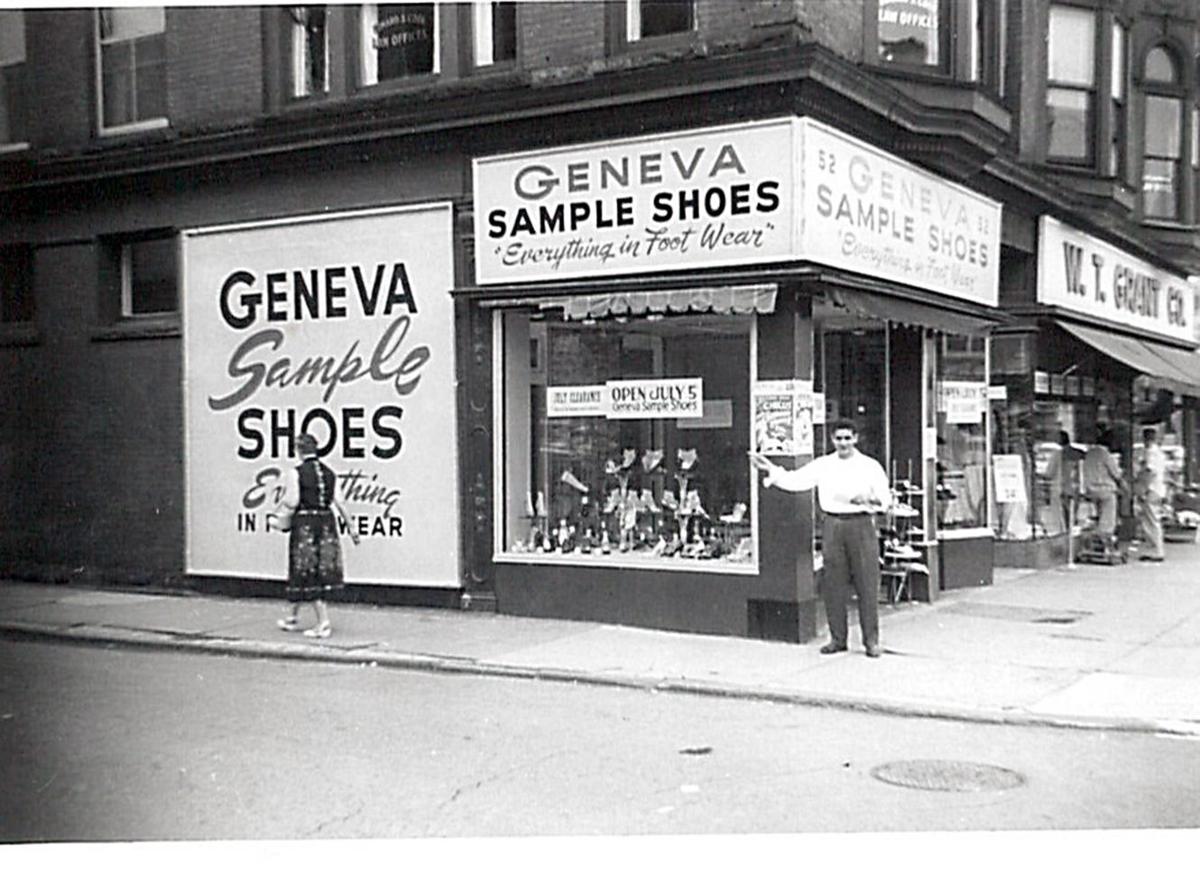 Joe Hessney is shown near one of his shoe stores in downtown Geneva. 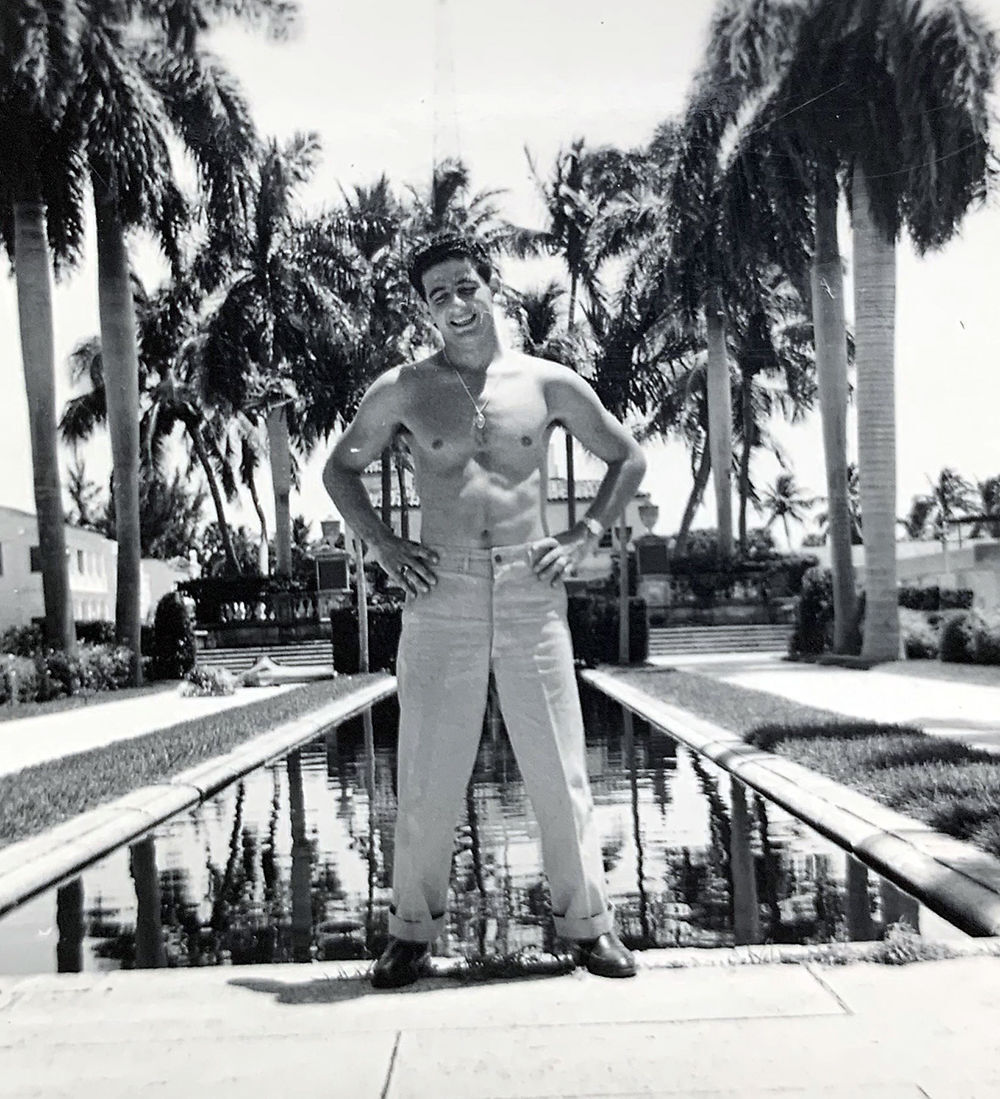 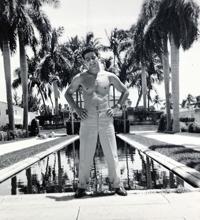 Joe Hessney in May of 1953 when he was in the Air Force in Florida at the time. It was the same time that he entered a dance contest and won, then becoming known as Jitterbug Joe.

In this 2001 file photo, Joseph and Doris Hessney stand inside their showroom at 405 Exchange St. in Geneva.

Joe Hessney is shown near one of his shoe stores in downtown Geneva.

Joe Hessney in May of 1953 when he was in the Air Force in Florida at the time. It was the same time that he entered a dance contest and won, then becoming known as Jitterbug Joe.

GENEVA — One of Geneva’s most prominent businessmen, Joe Hessney also had a reputation as a friendly, engaging and fun-loving person who his son said was known to many as “Jitterbug Joe.”

He operated and owned shoe, antique and used furniture stores in downtown Geneva for many years before retiring in 2002. He also was an Air Force veteran, city police commissioner, active in Orthodox churches in Geneva and Florida, a long-time member of the Geneva Lions Club, a Mason and a charter member and past president of the Seneca Lake Trout Derby.

Hessney died Sept. 9 at the age of 89. His funeral is today.

Attorney Joe Midiri fondly remembers working for Hessney in his Exchange Street business downtown, starting when he was only 12 years old.

“I collected coins as a boy and was in his store often, talking to him about coins. One day, he asked me if I wanted to work there, sorting, packaging and preparing coins for sale. I agreed and worked there through high school and even into college during summers,” Midiri said.

Midiri said Hessney put him in an air-conditioned room in the rear of the store while he worked with coins.

“He paid me either in cash or said I could take anything in the store I wanted. I remember Mrs. Hessney watching soap operas on a small TV in the store and Joe liked putting out cupcakes, cake or cookies as treats, telling me not to tell his wife. He said it as between us,” he said.

Midiri said Hessney would give him quarters to go to a Castle Street store to buy three cans of soda, “one each for Mr. and Mrs. Hessney and one for me,” he recalled.

“He was a wonderful man. He was very good to me. He came to my high school and college graduations. He was like a parent to me,” Midiri said. “I remember he had a lot of energy. He was a good man who meant a lot to me. I tried to visit him whenever I could before he retired in 2002.

Mr. Hessney’s son, Geneva auctioneer Joe Hessney, and his daughter, Judy Fuchs of Naples, Fla., have many happy memories of their dad. They too, along with other brothers and sisters, were recruited to help in the family businesses downtown.

“He was constantly on the move, always gong with his businesses, yet also kept focus on the family,” said his son, Joe. “He started selling shoes from his front porch in Manchester, where he was born, and after serving in the Air Force, he and mom got married and came to Geneva, which he grew to love.”

His shoe stores eventually closed, and he moved into antiques and used furniture.

“He had several properties downtown and was looking for businesses to put in them. I started fitting shoes when I was 10, working after school and weekends,” Joe said. “We all helped out and when I began my auction business in 1981, that also became a family affair.”

“Going to garage and estate sales, I learned from dad how to barter and get good deals,” Fuchs said. “I remember him as being very sociable and someone who loved people and his family. He could start a conversation with anyone. When he was in Florida, he’d talk to someone, and l had to wait for him to finish. He was quick-witted and loved to tell people in Florida about Geneva.

“My dad always seemed to have answers to questions and problems. He could analyze a situation and resolve an issue,” she said.

Fuchs said as dedicated as he was to his businesses, his six grandchildren always took precedence. “If we brought grandchildren into the store, he’d almost forget about the customers he was supposed to be serving and dote on the grandkids. It was fun growing up with him and Mom as parents,” she said.

Joe said his father got the nickname “Jitterbug Joe” when he was in the Air Force, stationed in Florida.

“He and some friends entered a jitterbug dance contest down there and he won, giving him that nickname,” he said. Both children said their dad was involved in the Orthodox Church and Lions Club, especially fundraising.

“He was always proud to say he was a Geneva police commissioner,” Joe said.

Frank Zeck of Geneva works in the grounds department at Geneva General Hospital. He worked for Hessney’s shoe store from 1968 to its closing in 1976.

“I had experience selling shoes when I went to work for Joe full-time. I was his first full-time employee and when I walked in, I asked him what he wanted me to do,” Zeck recalled. “He gave me the keys and said to run it like it was my own business. He and Doris were great to work for. They were very nice people and treated me like family. I enjoyed going to work every day.”

Echoing others, he said Mr. Hessney was “always on the go, very ambitious and energetic.”

“He was a people person. I saw it because I worked there, that he would help anyone he could without making it known he was helping. He was a very kind person. I remember that February was their anniversary month and they’d often go on vacation. My car wasn’t working and he gave me the keys to one of his cars and said to use it when they were gone. When he came back, he gave me the car,” Zeck said.

He recalled “crazy” sidewalk shoe sales where Joe would go out to the sidewalk and offer people all the shoes they could fit into a bag for $5. “He was such a good person. I can’t say enough about him,” he said.

Added his son, Joe: “He liked to give hugs toward the end. He called them heart-to-heart hugs.”