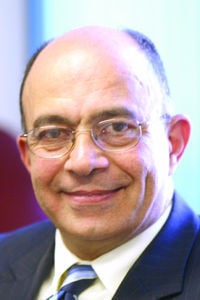 GENEVA — After hearing from residents and expressing their own concerns, City Council members have agreed to delay voting on a proposal that would extend payments Hobart and William Smith Colleges makes to Geneva to help pay for the cost of city services.

The original agreement was developed in the face of a potential legal challenge to City Council’s approval of a Transportation Benefit Assessment District, approved in 2011, which would have required all city properties, both taxable and tax-exempt, to pay a fee toward the $2 million cost of maintaining city streets.

It was part of an effort to find ways to generate additional revenue in a city where some 60 percent of the property is off the tax rolls, resulting in the highest property tax rate in the county.

The local law was rescinded by City Council later in the year as part of a settlement that provided the city with money from HWS and Finger Lakes Health over a 10-year period. Finger Lakes Health pays the city a much smaller amount under the current pact: from $40,000 in the first year, 2012, to nearly $47,000 in 2021. It does not have a proposal before Council at this point.

City Manager Sage Gerling said HWS approached the city with the proposal, which gives the city about $5,000 more each year over the 10-year period, with $25,000 reserved for fire services. She said the administration has been talking with HWS Vice President for Campus Life Robb Flowers for about five to six months.

Councilors were mixed on whether the new pact is adequate, and they also expressed concerns that HWS has been a drag on city fire services.

Ward 2 Councilor Paul D’Amico said the fire department has been averaging 80 to 100 calls a month to the campus for false alarms. The number has risen significantly since fire dispatching moved to the county 911 Center. Before that, officials at HWS would contact city dispatchers to cancel the calls.

“We’ve been talking about this for three years,” said D’Amico. “It’s an extra expense to the city.”

In the public comments portion of the meeting, residents expressed concerns as well.

Jackie Augustine was a councilor when the original Transportation Benefit Assessment District was approved.

“I didn’t think it (the 10-year settlement agreement) was enough then and I don’t think it (HWS) does enough now,” she said.

Augustine suggested the city research ways to quantify the impact HWS has on city services — from the number of police and fire calls to the number of off-campus residences — as a way to determine a fair dollar figure.

Resident Benjamin Allen said he is “concerned that Hobart (and William Smith) is dictating to us,” and suggested the next Council should be the ones to consider it, since only two current members of Council, Ward 3 Councilor Steve Valentino, the mayor-elect, and Ward 4 Councilor Ken Camera will be seated in January.

Resident Charles King said HWS enrollment has risen from 1,800 when he first arrived here in the early 2000s to about 2,200, which he said indicates that the Colleges are paying about the same amount per student that they did in the first year of the current agreement: $80.

However, council members acknowledged that unlike all other not-for-profit agencies, save Finger Lakes Health, HWS is making significant contributions — both financially and in the investment in downtown Geneva, where the Colleges have offices housing communications staff on Seneca Street and an entrepreneurial program on Castle Street.

“I think we have a great relationship with HWS,” Valentino said.

However, if there are other formulas that could help determine a fair value when it comes to HWS support for city services, they should be considered, Valentino added.

Ward 5 Councilor Jason Hagerman said HWS has made a “good-faith effort” to help the city financially.

“Things are improved, if you look at the whole picture,” he said.

And Camera believes the issue goes beyond HWS, claiming Finger Lakes Health can afford more financial support than it provides, while other not-for-profit entities that don’t pay property taxes should be looked at as well, including the Cornell Tech Farm.

It was unclear when the proposal — or a revised version — would be back before Council for consideration.