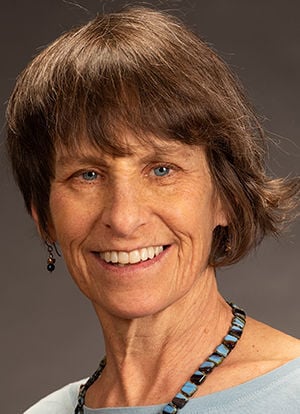 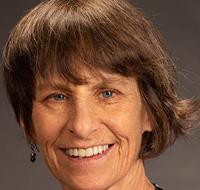 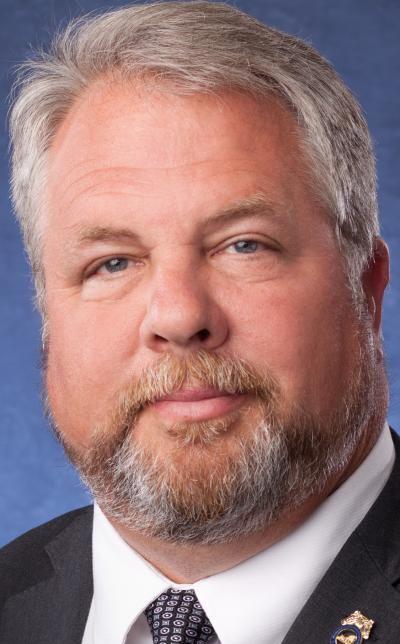 GENEVA — The death of George Floyd at the hands of Minneapolis police last May may have been a galvanizing moment in the fight for equitable policing in the United States, but in this city — with a large minority population — the issue goes back much further.

For Geneva, the seminal moment may have been the shooting of William “Corey” Jackson by a city police officer during a traffic stop in May 2011. A grand jury later cleared the police officer of wrongdoing because the action he took was ruled to be in defense of a fellow officer, drawing outrage from Jackson’s family and many in the community, particularly people of color.

A community compact, created with the assistance of the U.S. Justice Department and designed to improve police-community relations, has, many advocates believe, failed to adequately address what some view as a broken relationship between city law enforcement and in communities of color.

Spurred on by the Black Lives Matter movement, a new City Council took on the thorny issue of police reform in 2020, passing a number of measures last year — but with its key initiative, a police review board, yet to be adopted.

That time has arrived. On Wednesday, City Council will vote on a local law that would modify the city charter to create a citizen board to review complaints made against city police.

Advocates say the Police Review Board provides much-needed transparency into police conduct, where such matters have generally been dealt with outside the view of the public.

Opponents say it’s not needed — that a complaint process already exists and that the agency has proven that it can govern itself. Further, they say relatively few complaints are lodged against the force compared to calls for service. Essentially, they say, Council is addressing a problem that doesn’t exist.

After months of tweaking at special meetings and hours upon hours of public comment, the measure comes to a vote during a meeting that starts at 7 p.m. The city’s police unions are promising to challenge the law in court if it passes.

Not all City Council members responded to a request for comment on this story, and one, Mayor Steve Valentino, would not divulge his vote, despite many misgivings he outlined in a letter to the Finger Lakes Times on today’s Opinion Page.

One of the local law’s leading proponents, Ward 5 Councilor Laura Salamendra, is not on the fence about where she stands. She’s ready to vote yes.

“The vote on Wednesday is a culmination not just of months of work by this Council, but years of struggle by many members of this community,” she said. “Corey Jackson’s family is still marching. Last March, hundreds of women poured into the streets to stand in solidarity with the victim of GPD officer Jack Montesanto’s alleged assault. And last summer, day after day, the (People’s Peaceful Protest) joined in the nationwide uprising against racism. The PRB is a product of all those years of struggle. I’m honored to have the opportunity to vote yes on this historic legislation.”

Another vocal supporter, Ward 3 Councilor Jan Regan, said the PRB will bring light to the agency.

“This local law will simply be creating a window — one through which we can better know and understand policing decisions and practices,” she said. “It does not threaten or take power from our police; in fact, regardless of what the PRB determines or considers fair, the chief’s call is final.

“Does Geneva need this? Why would our community be so much different than any other? We have known incidents in our past — and quite recently — that could have benefited from the kind of review this board will offer. I hope the hard work and compromise that has gotten Council this far in the process will take us to establishing this PRB as law.”

Another supporter, Ward 6 Councilor John Pruett, said he is confident it will pass by a wide margin.

“I plan to vote yes on the PRB and anticipate being in a super majority (six votes or more),” he said. “On a local basis, this board will serve to organize community communications concerning the police department operations, which are now scattered and therefore less progressive. It is notable that both favorable and disfavorable citations will be addressed by the board.

“Review leads to accountability. Transparency is provided by structuring the process officially. The PRB will reveal nothing that isn’t already subject to evaluation, but will better organize communication and results.”

Pruett cited an “amazing amount of disinformation concerning the meaning and intent of the PRB. Yet when the community was asked for editing input, the only negative response was to alleviate the program in its entirety. There is a significant part of our community that desires this board oversight, and I see no way that it will impair our superior police effectiveness.”

Pruett said if the board needs structural changes, Council has the option of doing so.

Chris Toole, secretary/treasurer of Teamsters Local 118, which represents the police department’s command officers, said this is an issue that should go before the city’s residents by way of a referendum.

“It is very disappointing that the City Council has decided to move ahead with a very narrow, unilateral vote on an executive order putting a police reform board into place within the city of Geneva,” he said. “Not allowing this referendum to be approved or rejected by all of the citizens of Geneva is certainly indicative of the one-sided agenda being put forth by a small group of City Council members.”

Toole said the officers believe changes are needed in policing, but that the PRB is not the path to take.

“As the union representative for the command officers of the Geneva Police Department, I want to make it clear that each and every officer I represent believes that there needs to be an overhaul of how our communities and their citizens are policed,” he said. “You want to begin to bring this community back together? Create a budget that will provide mental health, drug addiction and youth professionals to back up the police officers. Provide a protocol for these professionals to answer those calls, assess the situation and, hopefully and in most cases, resolve them without the need for law enforcement help. That is where the focus should be on.”

In contrast, the People’s Peaceful Protest, Geneva’s Black Lives Matter organization that pushed for the police reforms and provided much of the verbiage for some of the measures, said the PRB is a step in the right direction.

“A PRB is an essential step towards more equitable, just, and accountable policing in Geneva,” a PPP statement said. “Establishment of a PRB in Geneva will not instantly cure the systemic racism and oppression that Geneva residents and people around the country marched against this summer. It is an important step towards ensuring that Black lives matter, and we still have a lot of work to do. Just as Rochester’s Police Accountability Board was a model for Geneva’s PRB, we hope that other small communities in dire need of police reform will be able to use our PRB as a model.”

• The PRB will have authority to review the Geneva Police Department investigations of public complaints of officer misconduct and to engage in other activities as defined in the law.

• The goals of the board are to reduce racial inequities in policing in the city, to assure accountability of GPD officers, to increase transparency of GPD operations, and to improve GPD credibility.

• The PRB may create and employ a disciplinary matrix in making recommendations to the police chief for discipline, subject to the applicable collective bargaining agreement and state law.

• The PRB should have the authority to assess GPD patterns, practices, policies and procedures, and make recommendations to improve its operations, based on information from a complaint investigation. The sole authority to discipline officers will remain with the police chief, under supervision of the city manager.

• Members of the board must be residents of the city for a minimum of 12 months at time of appointment. Membership shall attempt to reflect the city’s diverse community, including, but not limited to, age, race, creed, color, national origin, gender, gender identity or expression, sexual orientation, disability, marital status, and source of income.

• Complaints may be made anonymously.

Geneva City Council’s Wednesday, Feb. 3 meeting, which includes a resolution to adopt a local law to create a police review board, starts at 7 p.m. and is being held through Zoom. You can watch the proceedings on the city’s YouTube page at youtube.com/cityofgenevany.