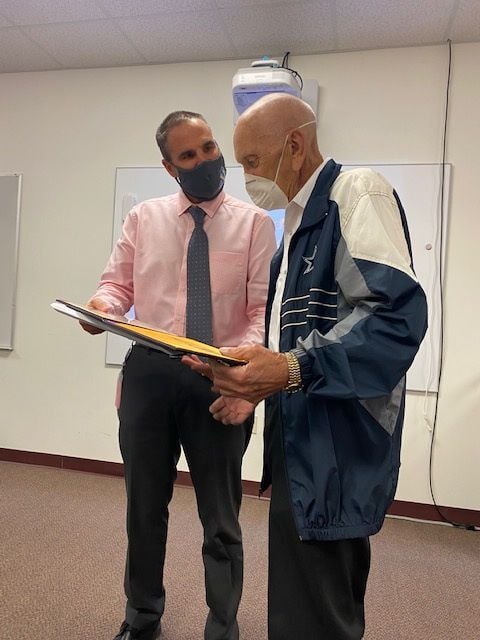 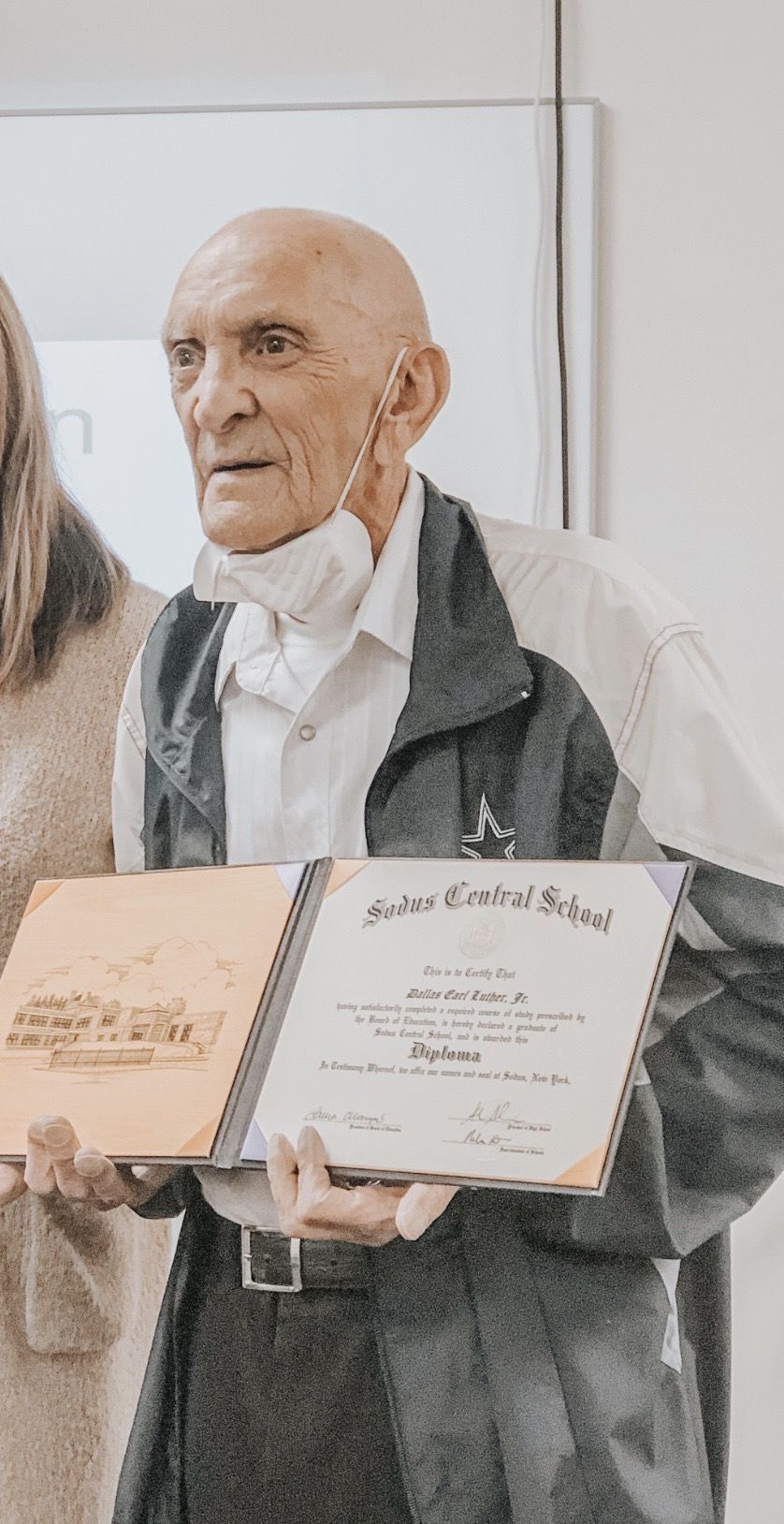 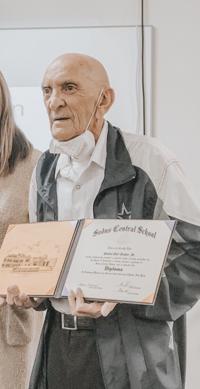 Dallas Luther received a high school diploma through “Operation Recognition,” a program for people who leave school early to join the military.

Dallas Luther received a high school diploma through “Operation Recognition,” a program for people who leave school early to join the military.

SODUS — At the age of 80, Dallas Luther has been retired from full-time work for close to 20 years and has no desire to see those days again.

Part-time work, however, is something the Sodus resident has been itching to do for awhile. There was one thing getting in his way.

“What really held me back is I never got a high school diploma,” he said. “I am getting sick and tired of sitting around the house and doing nothing. We can always use the extra money.”

Well, maybe Luther can start earning some now after getting his diploma through “Operation Recognition.” It’s a program where people who quit school to join the military can get their diploma years — or even decades — later.

Julie Allen, a career advisor in the program, knew about Operation Recognition but the rules then required the person to be in the military during wartime. That requirement, however, was removed late last year.

“I had no idea until recently, when I was looking up the program for another referral,” Allen said. “Now any veteran qualifies for a diploma, regardless of service dates. I am sure there are others out there who would qualify for this opportunity.”

Allen contacted school officials to get Luther’s diploma in motion. It was the first time the district one under Operation Recognition.

Luther, who grew up in the North Country town of Hermon, St. Lawrence County, quit school at 17 to join the Army. He served for about a year and a half before getting a general discharge under honorable conditions.

“I didn’t know enough to behave myself,” Luther says with a laugh.

His parents moved to the Wolcott area of Wayne County while he was in the service, and he joined them there. He worked at a canning factory and hitchhiked on weekends to Hermon, where his girlfriend and now wife of 60 years, Ellamae, was living.

The couple settled in Sodus after getting married, and Luther worked at the main Garlock Sealing Technologies plant in Palmyra and later at Garlock’s Sodus site. He retired in 2002 after 29 years with the company.

Luther, who lives in the village, is sort of a celebrity around town. He was a Little League coach for nearly 15 years and still crosses paths today with some of his former players, who are now in their 50s.

“I like dealing with people. Everybody knows me by name when I am on the street,” he said. “A friend said I should change my name to Houston just to throw them off.”

Since retiring, Luther has been doing odds jobs but would like to get steadier work — possibly as a store cashier or janitor. He hopes getting his diploma will do the trick.

“I would love to go back to work someday,” he said.

"Operation Recognition" allows eligible veterans to get a high school diploma if they left school for the military before graduating. It was established years ago by state education law.

Perhaps the best way for people to get the process rolling is by contacting their county Veterans Service Agency.