IEC’s new corporate headquarters and main manufacturing facility is close to completion at the Silver Hill Technology Park. A gradual move-in is expected to begin later this year and continue over a course of months. Additionally, the company announced this week that it is acquiring a facility in Chili that will be the new home of its Rochester operations. 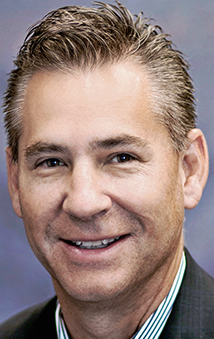 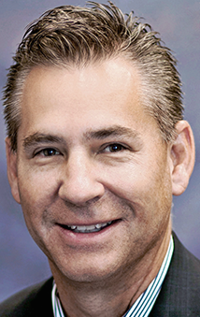 NEWARK — IEC Electronics is on the move. Literally.

The company is set to begin moving from its longtime Norton Street home in Newark to its new headquarters and chief manufacturing site at Silver Hill Technology Park, also in Newark, later this year.

However, the change doesn’t stop there. The company is moving its Emerson Street operations in Rochester to the former home of Rochester Drug Cooperative at 50 Jetview Drive in Gates.

While many companies across the nation have scaled back workforces amid the economic slowdown caused by the COVID-19 pandemic, that’s not the case at IEC, said President and CEO Jeff Schlarbaum.

“We’ve got probably close to 50 job openings,” Schlarbaum said. “We’ve had difficulty keeping up with the hiring needs. This Rochester expansion is really providing security for IEC to support growing customer demand. We’ve been growing at double-digit rates. Everybody can’t say that.”

The company said it will be taking its specialty metals operation on Emerson Street and combining it with an expanded electronic assembly operation, with some lines from its defense, medical and industrial sectors moving from Newark to the new Gates location, which has 86,000 square feet.

The moves do not affect company expansion plans at the new headquarters at Silver Hill, Schlarbaum emphasized, saying that all job expansion projections for the facility remain.

However, he said the growing company needs to take advantage of the larger labor pool offered in Monroe County.

Schlarbaum said IEC can draw from about 750,000 people in Monroe County, whereas Wayne County has about 90,000.

He also said the enhanced unemployment benefits offered by the federal government in response to the economic slowdown from the pandemic are also a factor in attracting potential employees.

The Gates facility — which became available after the collapse of Rochester Drug Cooperative, which admitted to playing a role in fueling the opioid crisis — is a great place for IEC to expand, he added.

“We’re really fortunate that the property became available,” he said, explaining that while its former use was pharmaceuticals, it’s well-suited for electronics manufacturing.

About 50 employees at Emerson will move into the Jet Drive location, with a small number of Newark workers that are either equidistant or closer to the Gates site joining them. However, the company hopes to add 50 to 100 jobs at the new Monroe County site, while the new Newark location, which employs about 650, will expand to 700 at Silver Hill.

Schlarbaum said the company has been continually adding jobs since announcing construction of its new headquarters and manufacturing facility in 2018.

Brian Pincelli, director of economic development in Wayne County, said the news demonstrates the strength of the company and its commitment to the region.

“I am happy to see them grow,” he said. “Their expansion is fantastic.”

Schlarbaum said the move from Norton Street to Silver Hill will likely begin in the next 30 to 60 days.

“It will be a phased approach,” he said, explaining the move will likely take nine to 12 months.

As for the Gates site, IEC expects to close on the property in early October and be operational by late December or early January, Schlarbaum indicated.

IEC Electronics is a provider of electronic manufacturing services to advanced technology companies that produce life-saving and mission critical products for the medical, industrial, aerospace and defense sectors.

The company also has operations in Albuquerque, New Mexico.

Apply for a job at IEC Electronics

If interested in working at IEC Electronics, go to iec-electronics.com/about/careers.