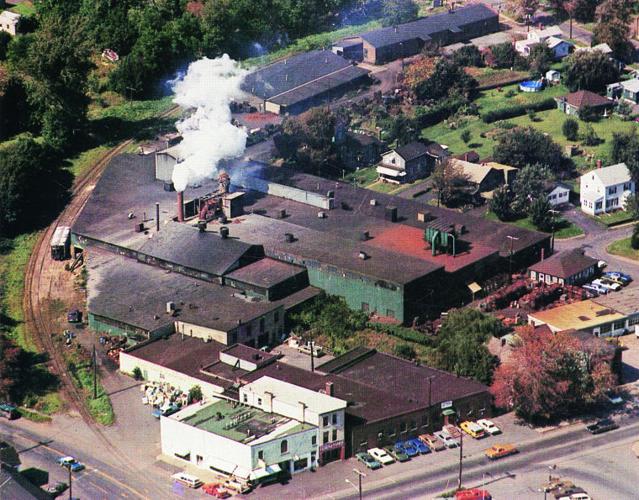 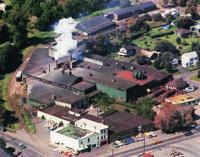 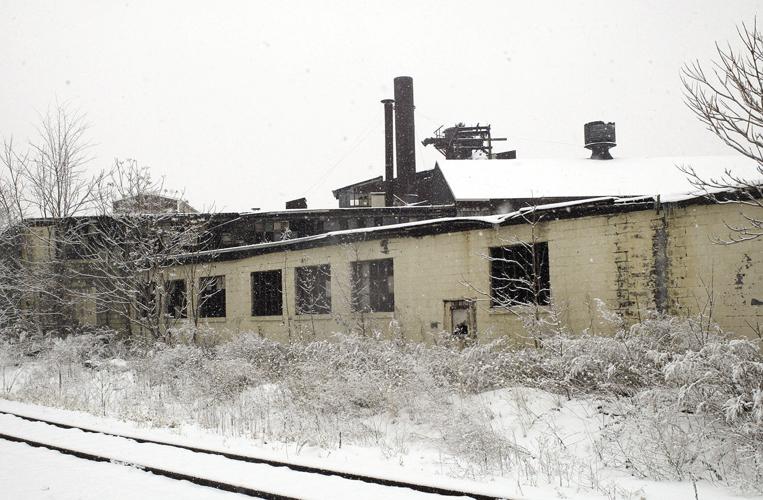 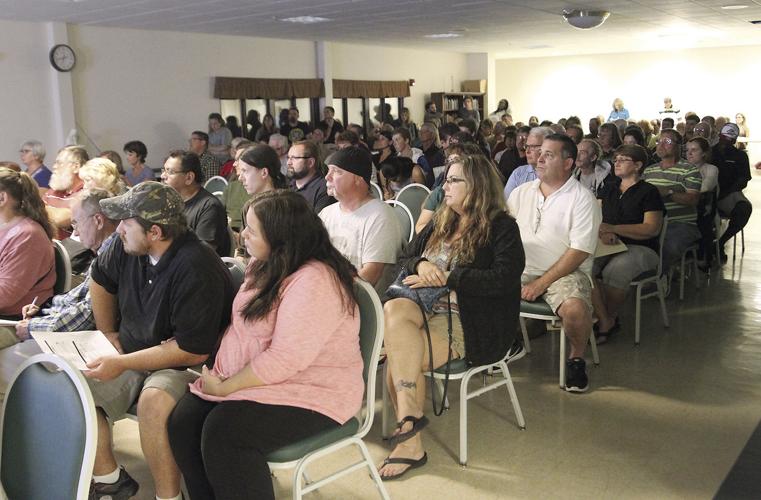 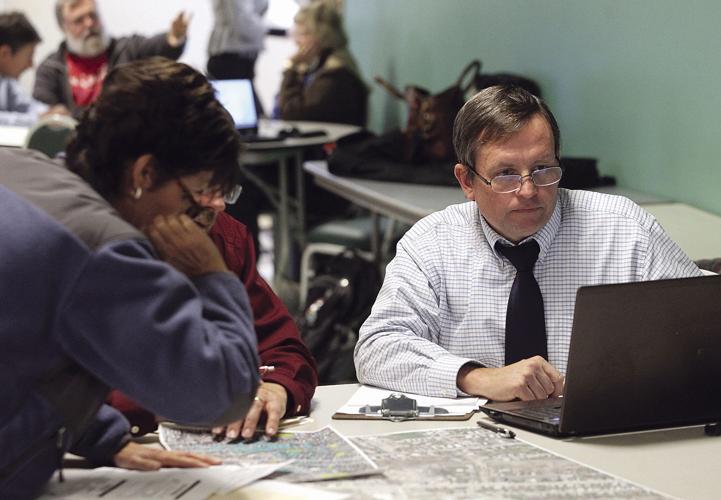 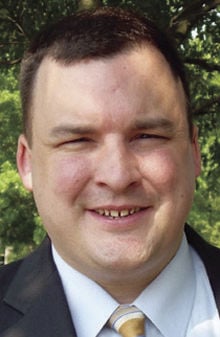 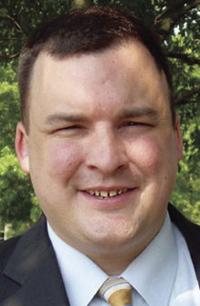 GENEVA — While city of Geneva officials have been criticized for their handling of contaminated soil around the former Geneva Foundry site, City Manager Matt Horn on Friday said they have been following protocol for an issue that dates back more than 30 years.

“The city did what it was responsible for,” Horn said. “The state maybe should have told the residents the results of any testing they did. The city didn’t have the expertise to say what the testing numbers meant.”

The city’s latest effort includes applying to enter the state’s Brownfield Cleanup Program. That application is complete, Horn said, and could be approved in as little as 30 days after a public comment period. At that point, the state Department of Environmental Conservation will have access to $16 million in state Superfund money to support cleanup activities in the neighborhoods surrounding the former foundry on Jackson Street.

The DEC has previously announced it is committed to removing lead and arsenic contaminated soil to a depth of a foot from 220 properties at an estimated cost of $16 million.

Additionally, the city has included $250,000 in its capital project bonding in the 2017 city budget to pay for the removal of up to two feet of contaminated soil from the actual old foundry site, which the city has owned since 1998.

At its Wednesday meeting, City Council will consider a resolution “requesting accelerated action from the DEC on remediation activities in the neighborhoods surrounding the former Geneva Foundry.”

“This effort marks the next chapter in a nearly twenty-year effort by the city to access state funds to address legacy environmental impacts of the former foundry operation,” Horn said.

The foundry operated on Jackson Street from 1868 to 1988. During most of that time, emissions from the smoke stacks sent particles of lead and arsenic into the air, settling in the soil of the residential neighborhoods around the city’s northwest area.

In 1986 and 1987, the state Health Department did sampling of soil and green beans grown in a garden at the Gringeri residence at 234 Exchange St. The backyard of the Gringeri property abutted the Foundry.

Those results showed a high concentration of lead in the soil samples.

The Gringeris were recommended to take certain steps, including having family members get their blood tested for lead and thoroughly washing green beans or other vegetables grown on the site (see sidebar).

It is not known, however, if other properties in the area surrounding the foundry were tested and, if so, if the residents were notified of the results.

In 1998, the city took title to the foundry property in order to obtain state Environmental Restoration Program funding necessary to identify environmental impacts and develop a cleanup plan.

Horn said once state funds were committed, the city demolished the abandoned foundry buildings in 2005 and began on- and off-site soil sampling.

“The city’s first remediation plan proposal was provided to the DEC in 2005. Experts who did soil testing concluded that contamination patterns in the neighborhoods could not be attributed to operations of the Geneva Foundry,” Horn said.

From 2005 on, the DEC asked the city to conduct more testing in the neighborhoods in an effort to get a better picture of the potential relationship of the contamination to foundry operations.

“The city continued to provide samples and consistently sought the final declaration from the DEC as to the proposed remediation plans so the city could begin remediation efforts,” Horn said.

In 2015, the DEC began using a new Xray-type scanning technology to test the soil from the neighborhood properties. That testing, the results of which were announced earlier this year,  allowed the DEC to determine that the foundry operations likely contributed to contaminants in the soils in the neighborhoods.

In October, the state issued a proposed remediation plan of soil removal, disposal and replacement with clean soil, triggering the access to state funds for the neighborhood remediation.

The city’s brownfield cleanup program application is expected to be released by the state for public comment in the next few days and will be ready for DEC approval in January.

That will allow the city to begin the process of hiring a contractor in 2017 to remove and dispose of the foundry soils and replace it with clean soil so that property can be declared ready for reuse or multi-family residential or commercial use.

The neighborhood soil removal and replacement work schedule depends on the state obtaining the Superfund money and finding a contractor to remove soil from the 220 affected properties over a period of years.

“The issue is whether lead levels could be linked directly to the foundry or if there were other factors common to an urban area, such as leaded paint, leaded gasoline and the four other foundries that once operates in the city,” Horn said.

During that time, the city’s consultants were Passero Associates, O’Brien & Gere and Plumley Engineering.

“While this project has taken longer than anyone ever hoped, City Council’s persistent efforts at funding identification, research and analysis and putting pressure on state regulatory agencies has resulted in a far more expansive cleanup scope than originally envisioned, as well as a well-funded plan, ready for execution,” Horn said.

Horn noted the city has said the Geneva Neighborhood Resource Center will serve as a conduit to assist the DEC in the necessary coordination with city residents to complete the remediation of the affected properties and serve as a vehicle for residents to get information from the DEC.

“We will continue to pressure for a quick, complete and safe remediation effort until all properties have received due attention,” Horn said.

A timetable prepared by the city listed these events:

• The city entered into the state’s Environmental Restoration Program in 1997 to get access to state funding to conduct an investigation of the former Foundry that closed in 1988 and was falling into disrepair.

To obtain the funds, the city had to foreclose on the property, which it did in 1998. The city had no authority nor obligation to act relative to any contamination on or off the site before it took ownership.

• The city worked with the DEC and the state Department of Health to prepare work plans for the foundry site. Once approved, the city immediately conducted the sampling and provided the results to the two state agencies.

• The city prepared a Remedial Investigation Report/Alternatives Analysis Report. This summarized the investigation results and provided conclusions about options for remediation.

That was done in 1999 and finalized in 2000. The DEC did not act on this draft report. The city retained another consultant in 2003 and sent a proposed plan to conduct additional sampling in the neighborhoods.

This sampling plan was not approved until the end of 2004, when it was conducted.

• The city used ERP funds to demolish the foundry buildings in 2005. The DEC requested additional on-site and of-site sampling in the neighborhoods.

• The city did the sampling and submitted data in a new report filed in 2007.

That report concluded that no definitive pattern of lead contamination from the foundry had been identified by sampling, with the exception of the Gringeri property at 234 Exchange St.

• The DEC was supposed to prepare a plan for remediation of the foundry site. City officials said the DEC never prepared that report. Over the years, the city contacted the DEC for an update in resolving the remediation questions. That didn’t produce any results until 2015.

• In early 2015, the city provided another report to the DEC reviewing the previous sampling data, concluding that the only property potentially impacted by the foundry was 234 Exchange St.

• The DEC said it did not agree with the city’s conclusion and began conducting its own sampling in the neighborhoods, using new technology. That was completed in December 2015.

• Those test results were shared in October 2016, discussed with residents at Our Lady of Peace Parish Center Oct. 25.

The next step in the process is for the DEC to consider the public comments and issue a Record of Decision. That will set forth the remediation steps for on-site and off-site properties.

Property owners with concerns about their properties should contact the DEC Region 8 office in Avon at 585-226-2466.